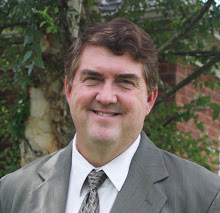 As an archeologist and historian, M.E. Hubbs wanted to record some of the stories his ancestors told his great Uncle Ezra Hagerman as well as eye witness account stories from Ezra himself.  Ezra passed down stories of Hubbs’s great great-great grandfather Jonathan Wright, his great-great grandmother Melinda Wright, his great-great Uncle Sam Wright who swam through a creek to a deserted island, carrying a shotgun and a sack of food to a aid an individual hiding from the bushwhackers. 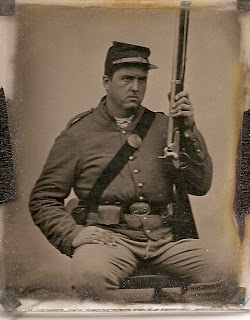 “I can tell stories like that and put them in our genealogy book, but they don’t really have an impact unless there is some type of context or story line.  So I thought, ‘I’m going put these into a novel and right at a the middle grade level.’  I realized just about every historical fiction that I read as a kid provoked me to read nonfiction.  My goal was to write fiction that would inspire kids to become future historians or at least history buffs.”
The Secret of Wattensaw Bayou takes places in Prairie County, Arkansas in 1862 and 1863.  Hubbs intended to have the main character be the actual family member that lived the same type of experiences, but Hubbs soon learned that it was not working out.
“I changed the main character to a fictional character instead of a relative.  I decided I needed the main character to be able to look into the lives of both the white people and the black people.  Since it was first person I couldn’t put a plain white person because they just didn’t interact with black people on a personal level.  So I decided to create a character that is a slave but raised in a white household –had white siblings and had a white outlook on life.  He spoke like a white person so I put him in a different position where he sort of strays between two cultures.  The black community interacts with him but they resent him because they think he’s a pet.”
Thus thirteen-year-old Ephraim “Ep” Wright is born. 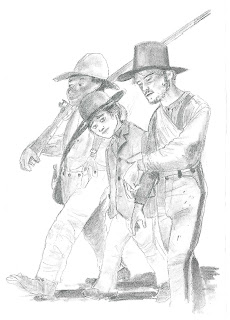 Even though Ep is mostly fiction, Hubbs originally got the idea of Ep from a slave narrative recorded in the 1930s of an 80-year-old African-American woman living by herself in Fayetteville, Arkansas.
“She said, ‘I talk different from all them black people and they won’t have anything to do with me.’  She said, ‘I’m completely by myself and no one has anything to do with me.  I sure do miss my white people.”  She was put in a situation where she got stranded.  Very often in those situations the second generation – the kids of the people she grew up with – they didn’t know her and so she eventually got squeezed out of the family circle.  And this happened more than what we think.”
The book opens in Little Rock, Arkansas in April 10, 1936, where 87-year-old Ephraim Wright lives in a tiny cottage, having dreams and nightmares about events that happened when he was thirteen. 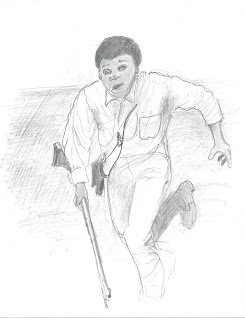 Ephraim is expecting a visitor – Negro reporter Pernella Anderson - who is working for President Franklin Delano Roosevelt’s program the Federal Writer’s Project, whose official goal was to hire writers to seek out African-Americans who lived during the slavery years and try to record their experiences as accurately as possible.   The Works Progress Administration Slave Narrative Collection was recorded from 1936 to 1938, covering seventeen states, 2000 interviews, and over 10,000 typed pages.
“Pernella Anderson really did exist.  I felt that I was honoring her because she was only one of two black interviewers in the state of Arkansas.  The other was Samuel S. Taylor.  Arkansas contributed 1/3 of all the interviews done.  Federal Writers Program was very racist. There was a lot of nepotism. There are some interviews where you can tell the interviewees were not opening up.  Imagine you are African-American and you have someone show up at your door and say, “I’m from the government and I’m white and I’m here to ask you some questions.”  Those writers would fill the pages with anything – southern apologetics, praising southern leaders – stuff totally unrelated.” 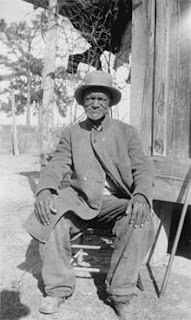 One of the goals Hubbs hopes The Secret of Wattensaw Bayou will conquer is
some misconceptions some may have about the south – one of which is the role slavery played in the Civil War.
“The south sort of rewrote their histories.  They revised things to make you think or to make their own people think that the war had nothing to do with slavery. What we have to do is see what precipitated the war, which was because the south seceded from the union because they felt that slavery was threatened.   Most people that say slavery had nothing to do with it haven’t read what the people who lived in the times said.”
An example of an accurate reading of what the South felt about slavery and its
role in the Civil War is the record of the Alabama Secession Convention, which took place in Montgomery, Alabama on January 7, 1861.   Alabama Governor Andrew B.  Moore wrote a letter explaining why it was vital that Alabama succeed from the union - they were being threatened by the new political party, the Black Republicans “which wants to do away with the institution of slavery.” 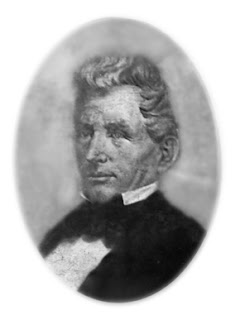 “At the Alabama Succession Convention, they list eight things that the federal government would have to change before they could accept the stance of the union and seven of those eight are directly related to slavery and one of the eight was obliquely related to slavery.  They may say, “We treated all of our slaves fine”.  Slavery is inherently evil.  I think that there are masters who treated their slaves very well, but they were still slave owners.  They were still stealing someone’s life and labor.  Can we be happy that some treated them well?  Certainly.  But people who have champion hunting dogs and racehorses – they treat their animals well.  How can we condone or even think highly of anybody who participated in slavery?” 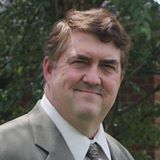 Another great myth about the Civil War Hubbs wants to dispel is that all southerners wanted succession.
“In Mississippi there was such a large number of deserters and draft dodgers camping out in the woods that they had to bring in the regular confederate army to disperse them.  We don’t know the average confederate soldier’s motivation.  He might have fought for land and hearth, or his community was threatened, but without a record we can’t make that judgment.”
Hubbs penned the first word of The Secret of Wattensaw Bayou on his computer screen in 2010 and six months later completed a first draft.  His most difficult struggle was getting a publisher to buy the book, which at the time he titled When Freedom Come.
“I couldn’t get a lot of people to touch it and I think it was the slavery aspect of it that scared people off.  I thought maybe I’m preaching and scaring people.”
Colleague Tracey “Lyndon” Scott, a children book’s illustrator, was doing a video projection for Bluewater Publications founded by Angela Broyles, and suggested that Hubbs send Broyles the manuscript.  Hubbs followed his advice, Broyles read it, immediately liked it, and bought the manuscript. 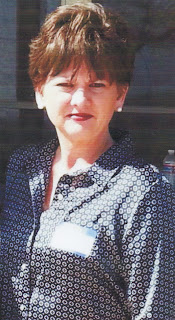 The next big struggle was to determine what the book cover would be. Hubbs, Broyles, and graphic designer Clifton Kirby went to Starbucks to brainstorm for some ideas and all agreed that the cover should be of a silhouette of Ep as a thirteen year old.  He purchased a photo of the sun setting into a swamp surrounded by trees.  Hubbs got his secretary’s son Jay to be the model for Ep. 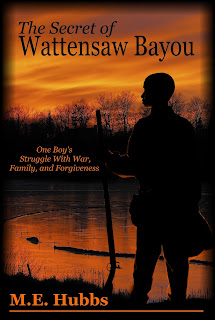 “I created the uniform and put him in the costume with a musket and a tote sack.  In my backyard we put a yellow filter in my porch light and I had my wife shine the light around him and we took the picture to the get same kind of glow around him as the background picture.  We then superimposed it on the background picture.”
Scott did the illustrations (eleven in all) for the book. 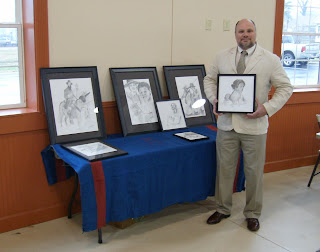 The Secret of Wattensaw Bayou was released in February 2013 and is now available on Amazon. 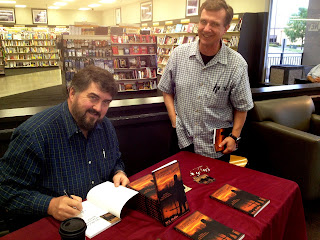 Hubbs is in the last stages of his next novel The Archer’s Son, which is about a young boy’s experiences in King Henry the 5th’s campaign in France in 1415.  This novel is also based on family stories.
Hubbs is in the beginning stages of writing the sequel to The Secret of Wattensaw Bayou.  The sequel Poison Spring will follow Ep through the rest of the Civil War.
“Ep will end up in the union army – in the black regiment called The First Kansas Volunteers.” 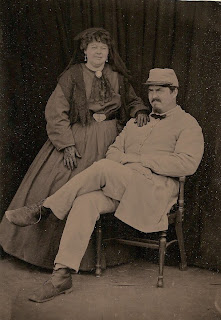 Hubbs resides in Huntsville, Alabama where and his wife have lived since 1989.  The couple have three children and five grandchildren.  For more information contact Hubbs at
His personal website https://sites.google.com/site/markehubbs/
His history and archaeology blog http://erasgone.blogspot.com/
His publisher’s website http://www.BluewaterPublications.com.

Photo 2.    ME Hubbs.  125th Anniversery of the Battle of Wilson's Creek, Mo.  Period Plate by Claud Levet.  Copyright by ME Hubbs.

Photo 11.   ME Hubbs at book signing.  Copyright by ME Hubbs.

Photo 12.   ME Hubbs and wife Phyllis at Selma, Alabama in 1995.  Period wet plate by Claud Levet.  Copyright by ME Hubbs.