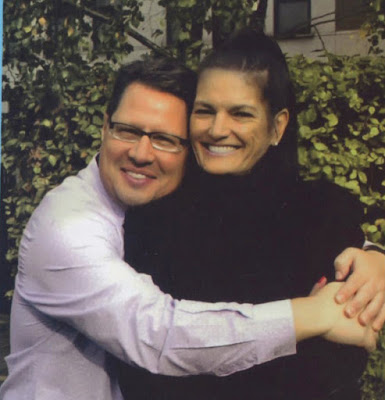 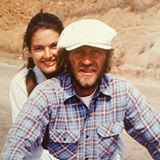 ***The photographs are excerpted from the photograph/passage book Steve McQueen: The Last Mile Revisited by Barbara McQueen and Marshal Terrill. 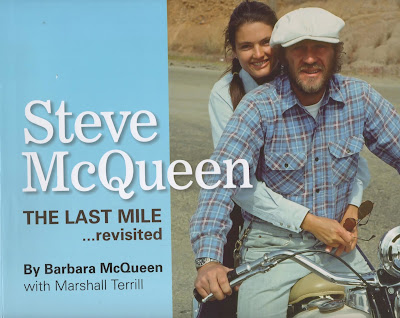 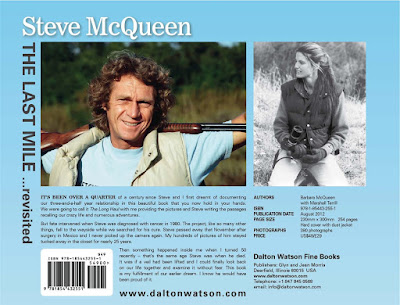 Contrary to popular belief, I am not a preacher’s daughter.  And contrary to popular belief, I didn’t talk Steve into going to church or becoming a born-again Christian near the end of his life.  That was a decision he made all on his own.
Despite his worldwide fame and that he financially never wanted for anything, a certain peace had eluded Steve for most of his life.  He had seen and done it all in his 50 years on earth, but the one thing he didn’t have was the one thing he wanted the most – inner peace. 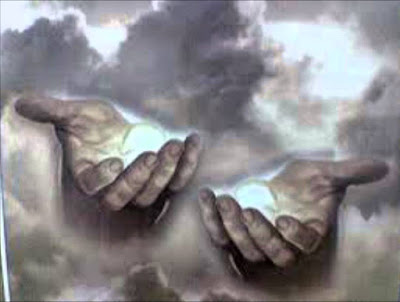 Steve’s conversion to Christianity took place over the course of several years.  With his natural paranoia, Steve never jumped into anything until he was absolutely sure there was no “con” involved.
I would have to credit Steve’s good friend Pat Johnson and his flight instructor Sammy Mason for blazing the path of Steve’s eventual Christian walk. 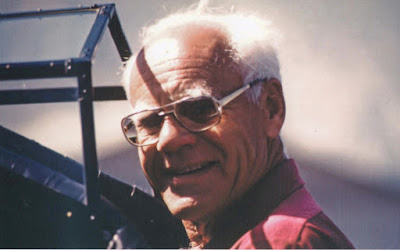 Pat, who Steve knew since the early 1970s, was a very strong and dedicated family man.  Despite their tight bond, Steve never asked Pat about his religious beliefs or feelings for many years.  Pat also made sure never to preach anything about religion to Steve.  The quickest way to alienate Steve was to try and talk him into anything before he was ready to listen.
Steve admired Pat a great deal because Pat was very faithful to his wife Sue, and he was completely devoted to his children.  Steve was also aware that Pat didn’t drink, smoke, do drugs or chase women – all things that were certainly a part of Steve’s tough guy image.  Yet, Steve knew that in spite of the fact that Pat was faithful and sober, there was a toughness that Steve respected. 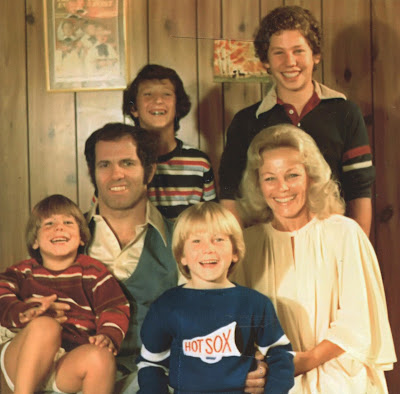 Steve saw the Johnsons as an ideal family and part of the reason was because of their strong religious convictions.  Steve observed them over a period of years and then began to make inquiries about Christianity.
In 1979, while filming The Hunter in Chicago, Steve accompanied Pat to Mass one Sunday.  It had been many years since Steve had been to a Catholic Mass and he was not comfortable with the pageantry.  Steve always liked everything at its basic level and this was far to “showy” for him.  Pat explained that it was up to Steve to find his own connection to God, but not to give up.  Steve took his advice and tried again in Santa Paula when the production of The Hunter moved back to Los Angeles for interior shots. 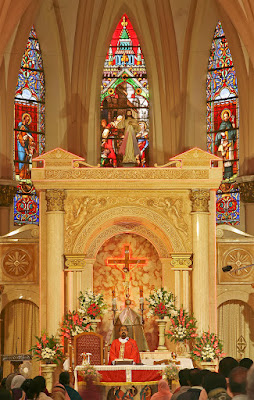 After weeks of pilot training from Sammy Mason, their friendship blossomed and deepened.  Steve for some reason, felt comfortable enough to tell Sammy about his life.  He began relating to Sammy some of the most significant events in his past, including a few times when he cheated death. When Steve finished, he told Sammy that he noticed an inner confidence, a gentle calm about him.
“There’s something different about you,” Steve said, “but I can’t quite put my finger on it.”
“That’s because I’m a Christian, Steve,” Mason replied. 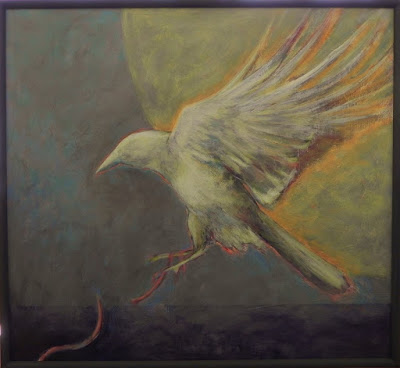 Sammy, who had stared death in the face as a test pilot for Lockheed and many other times as a stunt pilot, quietly witnessed to Steve about his faith in Christ.  Sammy made it a point to never argue with Steve if their opinion differed or put any pressure on him to become a born-again Christian.  Then out of the blue one day he asked Sammy if he could attend church with him and his wife, Wanda.  Sammy was thrilled. 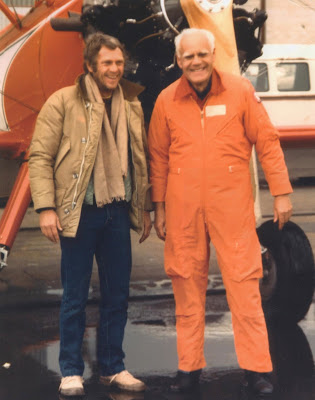 Steve was nervous about being recognized and wanted to be able to slip in and out of church unnoticed.  He thought the focus should be on the Lord and not on Steve McQueen.  Several members recognized him, but he wasn’t perturbed or upset, happily shaking hands with many of them.  He said later on that people seemed genuine and that he felt very comfortable in that setting.
After three months of faithful attendance, Steve finally worked up the nerve to introduce himself to the pastor Leonard DeWitt.  Steve asked DeWitt out for lunch after church and talked for several hours asking the pastor tons of questions about Christianity. 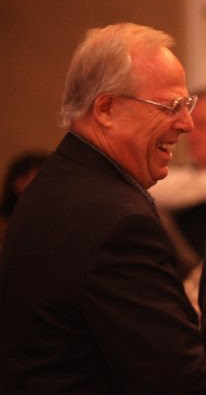 When they finished, DeWitt had only one question to ask Steve.  Steve spoke before the pastor had a chance to pop the question.
“You want to know if I’m born again, don’t you?”  he said.  “Yes, I am.”
Steve and I sat in the back row of the Ventura Missionary Church almost every Sunday.  Over a period of time, our little group expanded into a full-blown entourage.  Steve dragged his son Chad, our ranch hands, his buddies from the airport and anyone he had any sort of influence over to church.
Being born again in Christ was important to Steve, and helped him find the inner peace that had eluded him for so long. 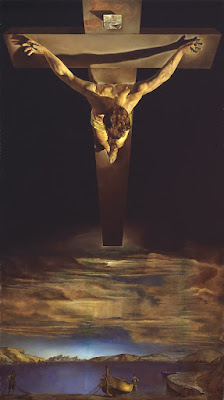 As the time drew near, Steve became infirm and made several requests to see evangelist Billy Graham, who came to the Santa Paula house in November 1980.  I don’t think it was much of a mystery to Graham why he was there or why Steve wanted to see him.  The two spent a few hours conversing in Steve’s bedroom, praying, reading scripture and discussing the afterlife. 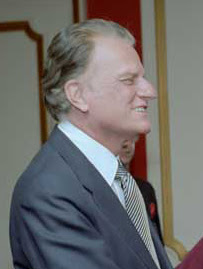 Before he left, the world’s most famous evangelist handed me his phone number, and gave his traveling Bible to Steve, which was an abbreviated version of the New Testament.  He inscribed:  “To my friend Steve McQueen, may God bless you and keep you always.  Billy Graham, Philippians 1:6.  November 3, 1980.” 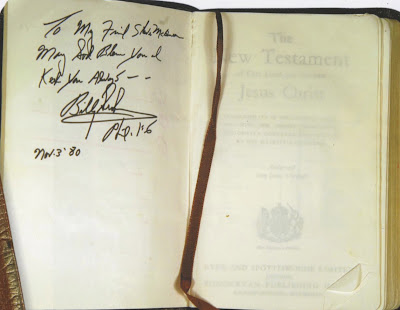 Graham’s visit comforted Steve tremendously and prepared him for the inevitable.  The Bible became Steve’s proudest possession and it never left his side.  And I still have that Bible to this day, which is very close to my heart.
Almost a year after he was diagnosed with mesothelioma, Steve lost his courageous battle with cancer on November 7, 1980.  On his chest was the New Testament Bible that Billy Graham had given to him. 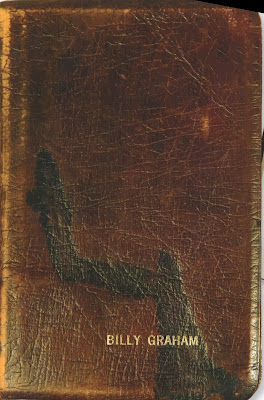 I was there in Juarez, Mexico, when Steve underwent surgery to remove a couple of tumors.  He made it through the surgery, but his heart just wasn’t strong enough to pull through post-op.  Chad, Terry and I were staying at a hotel across the street from the clinic.  Around 4 a.m., I awakened out of deep sleep and bolted upright in my bed.  I had a strange feeling that something was wrong.  Moments later the phone rang twice in Terry’s room, but no one answered.  I sensed the next call placed would be to me.  Seconds  passed when the phone in my room rang and my heart sank. 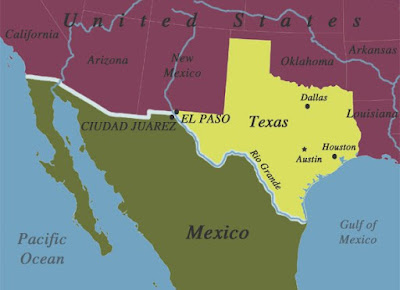 That’s it, I thought.  He’s gone.  When I picked up the receiver, a voice on the other end confirmed that Steve had passed away.
The first person I called was Billy Graham, who consoled me for the next half hour.  He basically told me that Steve was in a much better place.  Billy said that he constantly prayed for Steve, but also prayed that whatever happened, it was God’s will and that there was a reason why he took Steve.  His words comforted me greatly, and I’ve never forgotten his kindness in my time of need. 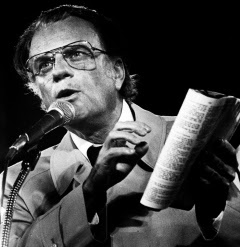 Steve’s death was a blow to those who personally knew and loved him, as well as for the millions of fans who watched his movies and followed his career.  I was especially saddened because I didn’t get to say goodbye.  Although it rather made it easier to deal with his death, talking about it the way we did the last few months of his life, nothing ever prepares you for that moment when someone you love passes on. 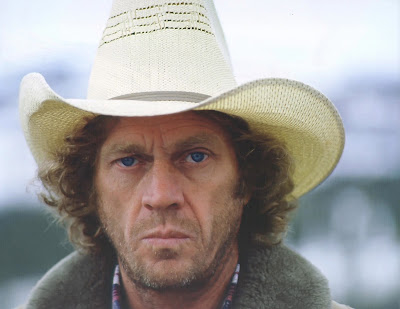 I traveled back the next day to Santa Paula with Dr. Dwight McKee, Steve’s personal nurse, Annie, Steve’s metabolic technician, Teena Valentino, her husband Jack, and Grady Ragsdale.  All of them had spent several months trying to save Steve’s life.  We all got drunk, cried our eyes out and talked until we were totally spent.  I collapsed into bed a little after midnight and awoke out of a deep sleep around 4 a.m, which was right around the time Steve had died the prior morning.  It was a cold night, but all of a sudden the room turned hot.  I pulled down the sheets only to feel Steve’s arms wrapped around me. 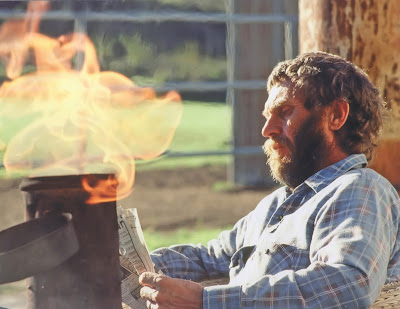 “It’s okay, honey,” I heard Steve’s voice say.   “Don’t worry. I’m fine.  Nothing hurts.  I’m young again and I’m so happy.  Be happy and go on with your life.”  He gave me one last hug and that was it – he was gone.  I pulled the sheets back up and slept peacefully for the next few hours.  It was closure.
When I awoke later that morning, I had a big smile on my face and danced around the kitchen.  Everyone noticed my sunny disposition.  Annie asked, “So, Steve visited you, too?”
“My honey came to see me,” I said.  “He was the Steve I knew, the man I fell in love with.  Everything’s okay.” 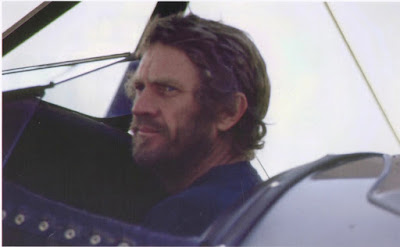 Often I have wondered had Steve not died, what my life would be like today.  I believe we would still be living on our ranch in Idaho, perhaps with three or four kids and lots of dogs, cats, cows, and horses.
Even though he was a bit of a male chauvinist, I think Steve would be proud of the person I am today – very independent and self-sufficient.  The three-and-a-half years I had with Steve was the most beautiful learning experience of my life, and it was a gift.  He was a great teacher and a beautiful man.  And I loved him very much. 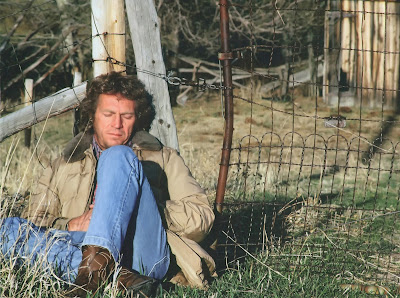 It’s been over 30 years since Steve took his final flight.  Patagonia, Arizona is where we parked our trailer and camped during the filming of Tom Horn.  Walking in the same footsteps as we did all those years ago, I know he still walks with me.  It feels good, solid, almost like it was yesterday.  Some things never change. 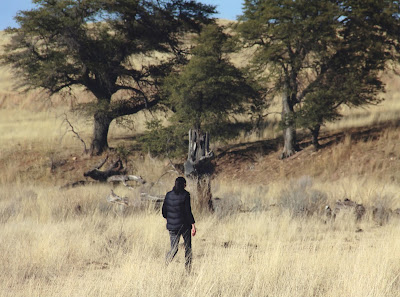 Posted by Chris Rice Cooper Blog at 11:51 AM