#5 INSIDE THE EMOTION OF FICTION: Jessica Mathews's "Death Adjacent"

The CRC Blog welcomes submissions from published and unpublished fiction genre writers for INSIDE THE EMOTION OF FICTION.  Contact CRC Blog via email at caccoop@aol.com or personal Facebook messaging at https://www.
facebook.com/
car.cooper.7

And were there other names you considered that you would like to share with us? Lots of names! Some of them were: The Night with No Moon, Their Romeo and Juliet Complex, Saving Shadows from the Night. There may have been others but these are the ones that are off the top of my head.

Has this been published? And it is totally fine if the answer is no.   If yes, what publisher and what publication date? Self-published through Amazon Createspace which is now called KDP. Published May of 2018 though the official release book birthday is June 2018.
https://kdp.
amazon.com
/en_US/ 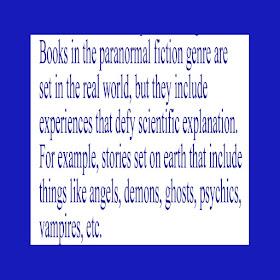 Where did you do most of your writing for this fiction work?  And please describe in detail.  And can you please include a photo? I was in grad school at the time so I did a lot of writing in classrooms and libraries up until graduation in 2011. I kept writing whenever, wherever until early 2017 when I decided to change the storyline completely. I mostly wrote the new story (that I ended up publishing) in cafes with members of my writing group. I don't have a picture. We frequented Khaldi's, Barnes and Noble, and Bread Co. (Above Right: Copyright permission granted by Jessica Mathews for this CRC Blog Post Only)

What were your writing habits while writing this work- did you drink something as you wrote, listen to music, write in pen and paper, directly on laptop; specific time of day? I always made sure to write where food was readily available so I didn't have to break my writing stride to get food. I listen to music when I'm writing. Depending on what I'm writing, I may listen to a mopey break-up playlist or a playlist of revenge songs. Music has a way of capturing your soul and inspiring you in a way nothing else can. If I wasn't listening to music, I was talking to my writing cohorts for the day or people watching. Writing is 99% doing things that aren't writing and 1% writing. I vary between using pen and paper and using my laptop to write. I'm somewhere in between being a pantser and a plotter. I normally use pen and paper to write my outlines and ideas and the laptop to write words in a work in progress. Since I have a full-time job (I do insurance billing at a hospital) not as a writer, I only write at night after work and on weekends. If I have a day off, I will write during the day but normally I only write after work.

What is the summary of your fiction work?   When you can't die, what do you live for?  Right after the goddess of the moon regains consciousness in the middle of her autopsy, her murderer greets her in the form of a demon and tries to kill her again. Fighting for her life, Selene is flooded with memories from a past she would rather forget.
When Selene remembers she is the daughter of Cleopatra and the twin sister of Alexander the Great, she also remembers her family secrets and tragedies. Selene discovers she has been cursed with a second soul. When she realizes that it’s her brother who cursed her, Selene starts using spells from the Book of the Dead to set the parts of her past she remembers right. Will her faulty memories cause more harm than good?
One thing is certain: If Selene doesn’t set things straight before her mother unleashes the powers of the Underworld to enslave humanity, Selene may never die again.

Please include excerpt and include page numbers as reference.  The excerpt can be as short or as long as you prefer.  My excerpt is the first chapter of the novel: 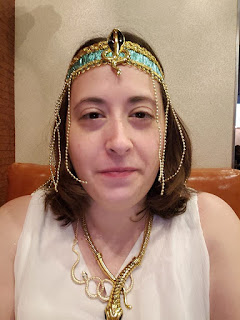 Can you give the reader just enough information for them to understand what is going on in the excerpt? Selene is the main character. In the first chapter, she is waking up in the morgue during her autopsy. She knows she cannot die. However, she has never woken up in the morgue before. (Left:  Jessica Mathews.  Copyright permission granted by Jessica Mathews for this CRC Blog Post Only) 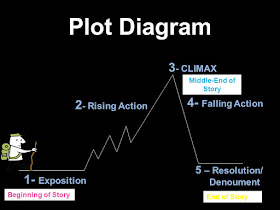 Why is this excerpt so emotional for you?  And can you describe your own emotional experience of writing this specific excerpt? When telling a story, you are supposed to begin at the beginning. When writing a story, you can start anywhere as long as the story ends up with a beginning, middle and end when you are finished. 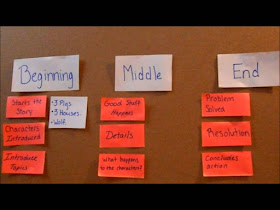 This is an emotional excerpt for me because this is the first story where I wrote the beginning scene first. Since inception in 2008, the opening scene has never changed. It has gone through revisions and multiple drafts for sure, but the essence of the scene has not changed.
It is my favorite part of the 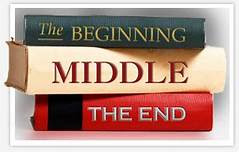 entire book and the part I have the most history with. Originally, this book was something else entirely. I changed scene after scene multiple times. I changed the storyline multiple times. In every draft through the final draft, Selene (not her original first name ten years ago) has always woken up in the morgue. Only what she has done after waking up in the morgue and the story thereafter has changed. 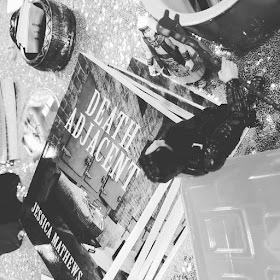 Were there any deletions from this excerpt that you can share with us? And can you please include a photo of your marked up rough drafts of this excerpt. I deleted a scene with the morgue attendant helping Selene get home from the morgue for her best friend's wedding. I also deleted some information that this was the first time she had ever died and come back to life. It didn't work with the new story. I don't have a photo of my mark-ups since I do a "save as" draft every time I change something on a draft. On my computer, I have a file folder with the year. Inside each file folder, I have a file with the current title of the novel and the date I made the changes. I have hundreds of different drafts of Death Adjacent.  (Left: Copyright permission granted by Jessica Mathews for this CRC Blog Post Only) 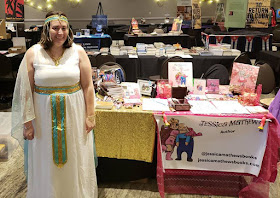 Other works you have published? I write adult paranormal fiction and children's picture books. Death Adjacent is adult paranormal fiction. I have two children's picture books out right now too. One is called Sparkle and the other is called The Old Man and the Pirate Princess (which is a series- the second book comes out April 2019). (Copyright permission granted by Jessica Mathews for this CRC Blog Post Only) 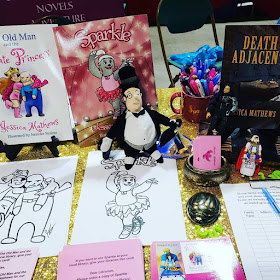 Anything you would like to add?   Thank you for learning about my writing process! I know every author has a different process for writing and editing their works. If you are interested in learning about how to write and publish, please gather information about how other authors work but do what feels right for you. I hope you enjoyed the excerpt of Death Adjacent. I want to release the sequel (tentatively titled Afterlife) in fall 2019. As you know, the process of writing, editing and publishing is a long one but I am striving to reach that goal. (Left: copyright permission granted by Jessica Mathews for this CRC Blog Post Only) 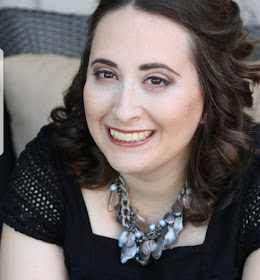 Jessica Mathews has been telling stories since before she knew how to write. Jessica has always loves making up stories and entertaining others.  Her father would write down all of the stories she told him and together they would work on illustrations. He would read her the stories they made up together at bed time. (Right:  Copyright permission granted by Jessica Mathews for this CRC Blog Post Only) 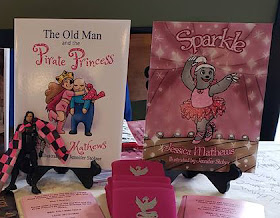 Now, Jessica likes to continue the tradition of making up stories for children by writing and self-publishing picture books. Her debut picture book, The Old Man and the Pirate Princess, was created for her niece, Saria, and her nephew, Royce, when they were born to help welcome them into this world. Born ten days apart these cousins now have a lasting legacy in the Old Man and Pirate Princess series.(Left: Copyright permission granted by Jessica Mathews for this CRC Blog Post Only) 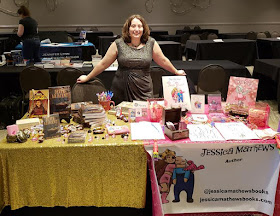 Jessica hopes to be able to work with schools, libraries and after care programs to help children discover their love of reading, writing and creating. She wants her books to inspire others as much as her favorite books inspired her when she was growing up. Jessica wants to inspire others to follow their passions by showing them hers. Jessica writes adult paranormal fiction as well as children’s picture books. (Right: copyright permission granted by Jessica Mathews for this CRC Blog Post Only)