“We are a family of brothers and sisters.  Each one of us has his or her own individual flavor that is crucial to embody a people.   In this humid Eden we create a mindset, mood, and diet that consists of an easy ebb that provides lasting results.”
Charles Clifford Brooks III on The Southern Collective Experience. 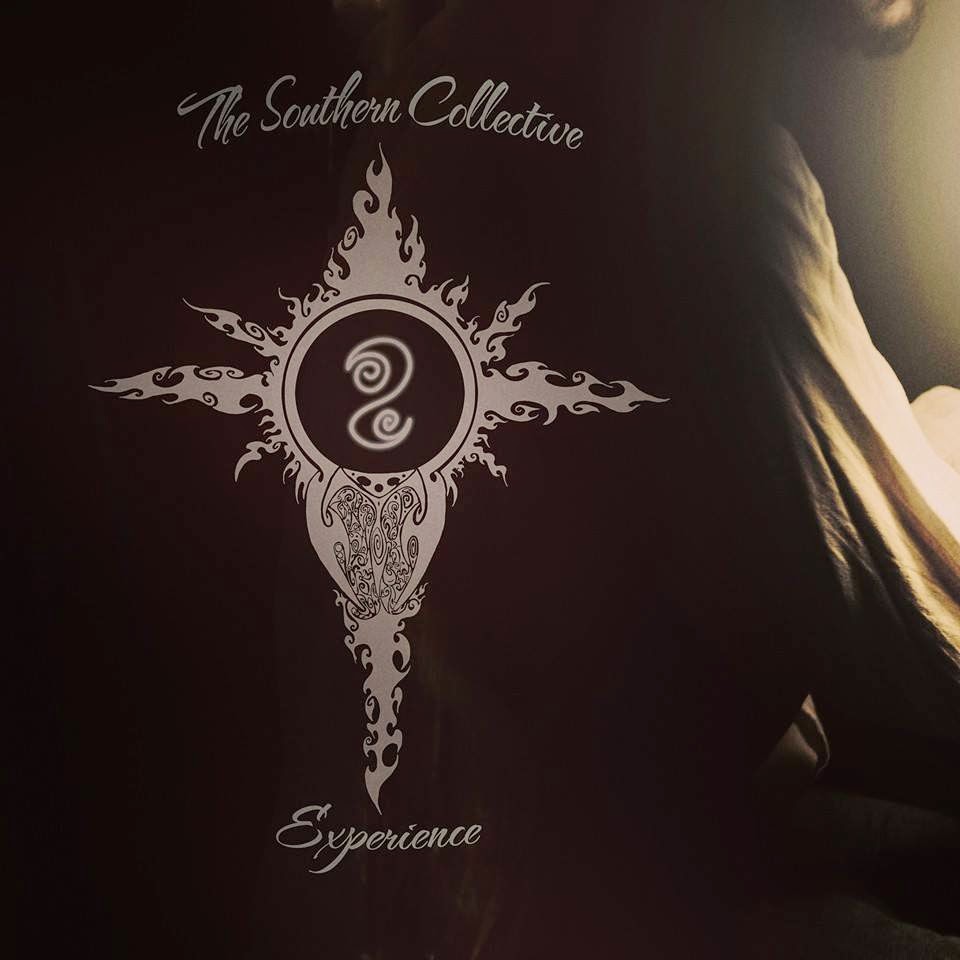 Artist Charles Clifford Brooks (http://www.cliffbrooks.com) never dreamed that he would be earning a living as an artist writing poetry, playing music, being a radio host, and teaching. 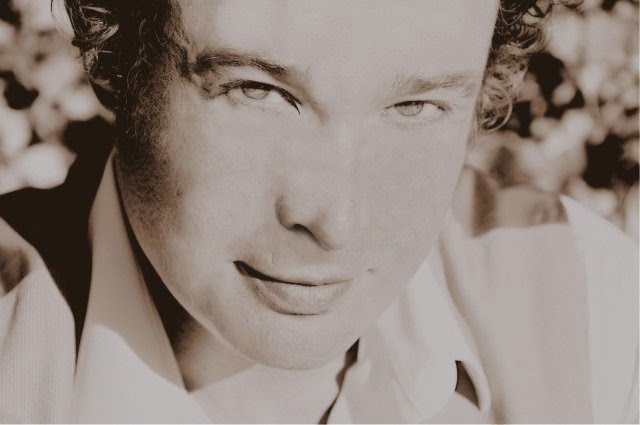 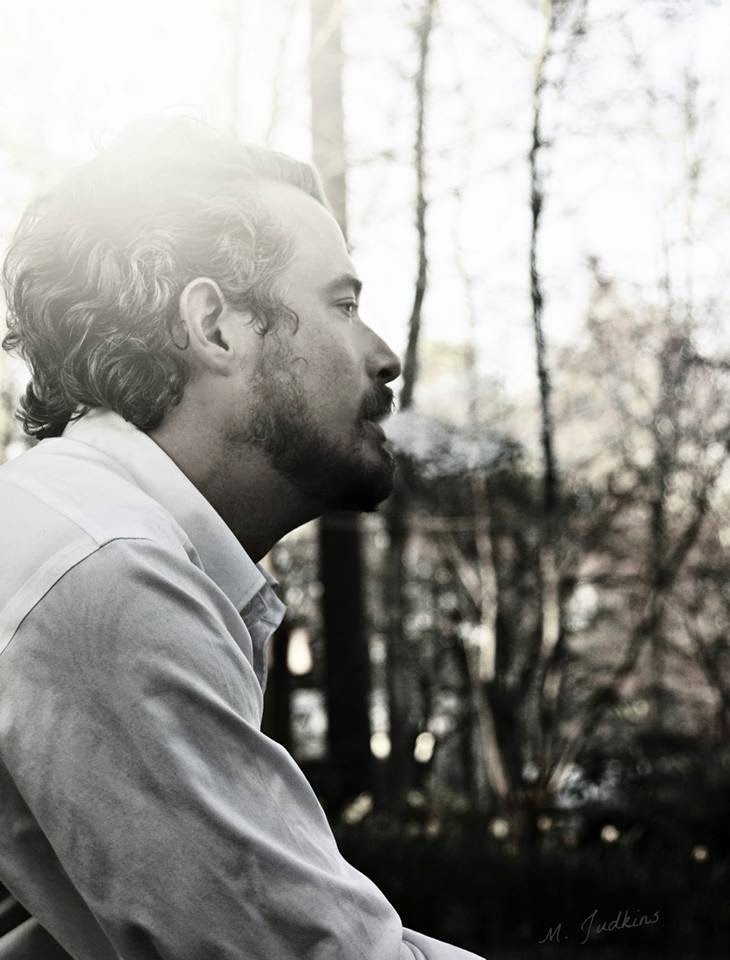 Brooks also had a substance abuse problem and mental health issues.  He felt it was time for a career change – and decided to focus on his book-in-progress The Draw of Broken Eyes & Whirling Metaphysics (http://www.amazon.com/Draw-Broken-Eyes-Whirling-Metaphysics/dp/0983365539/ref=sr_1_1?ie=UTF8&qid=1403373705&sr=8-1&keywords=the+draw+of+broken+eyes+and+whirling+metaphysics) while doing lawn care to earn a living. 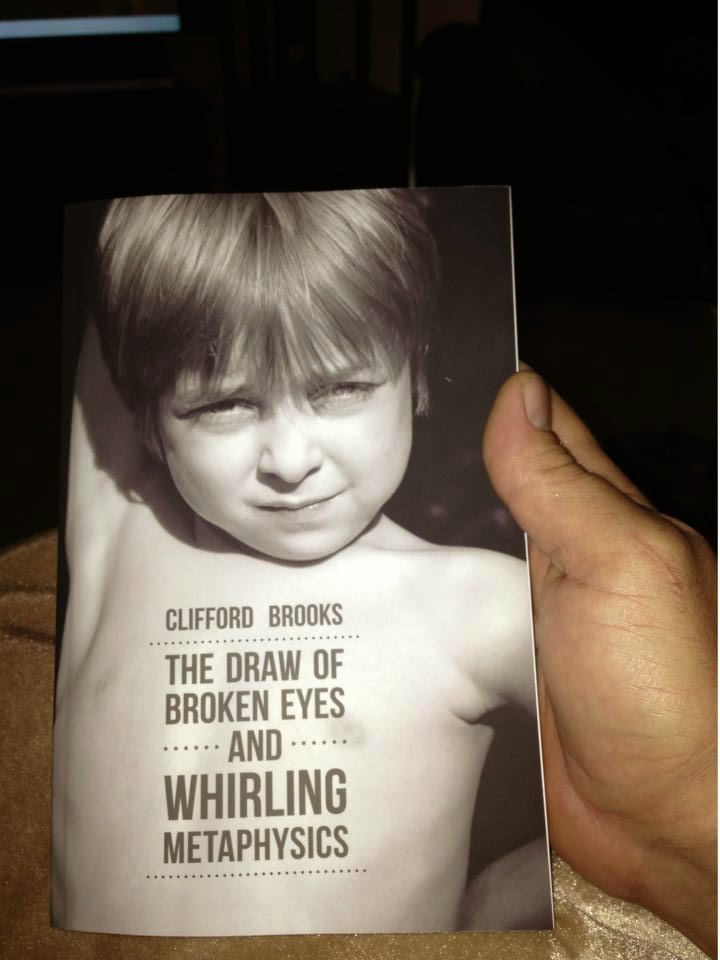 “It was a decision that caused more than a tad bit of concern over my mental health amongst my relatives.  Yet, in the end, I was left with the conclusion I came to fresh out of high school:  You can’t fix regret.  Faith, self-reliance, and/or a shrink can work out resentment, heartbreak, guilt, grief, etc., but regret?  Regret requires a time machine to remedy.  I’d rather fall flat on my face as a poetic guy in the sunshine cutting grass who listens than miserable for one second longer than necessary.”
Brooks’s family should not have been surprised that he would eventually leave his former government career for writing.  His parents instilled in him a strong passion of education and drive to squeeze from life exactly what he wanted. 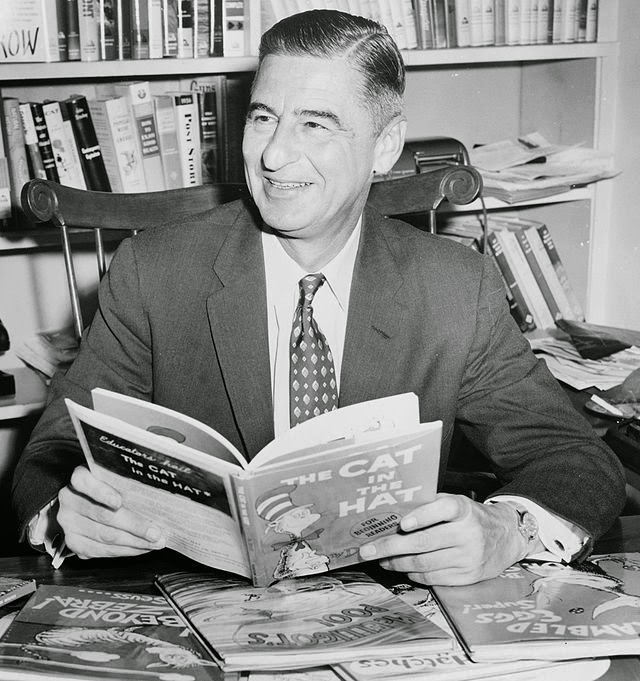 “I remember Momma teaching me to read at an extremely young age.  Dr. Seuss brought me into the world of letters.  I still go back and read that genius.  Seuss touched on everything in a way, that, even as an adult, I’m still digesting.”
Unlike most writers, Brooks writing routine is sporadic at best, and he likes it that way.
“I don’t hold to the idea that we must write every day to call writing “a profession”.  Yet, that’s only because it doesn’t work for me.  I am aware of a calendar and how to use a watch, but being creative isn’t something I can chart out.  Since I have a teaching job and SEO writing gig that also pays my bills, I have enough on my plate to remain productive as my poetic muscles rest for a few moments.” 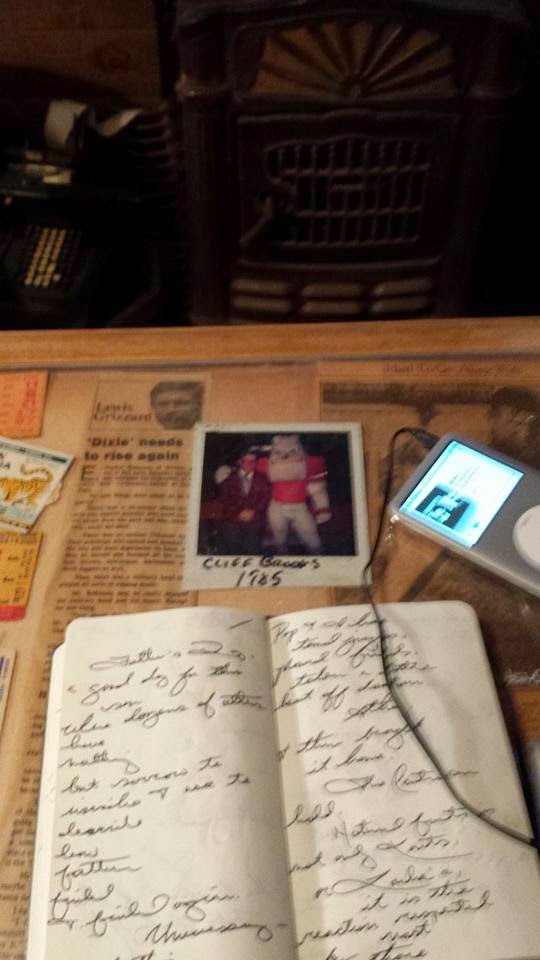 The two items Brooks has to have with him in order to write is his iPod and a small notebook.  Music is a part of everything he does, and since he doesn’t have a set time to sit down and compose, his notebooks are handy when the mood strikes to pen something down.
“My two tools of writing allow me a quiet path to jot down notes as I need during the day.  The iPod is my instant portal into solitude, and I handwrite my thoughts first, because it connects me directly to the subject.  Stopping in mid-stride to whittle something down may appear rude to some, but my close friends abide.  They are aware of my quirks.  I respect the hell out of them for all of their tolerance.” 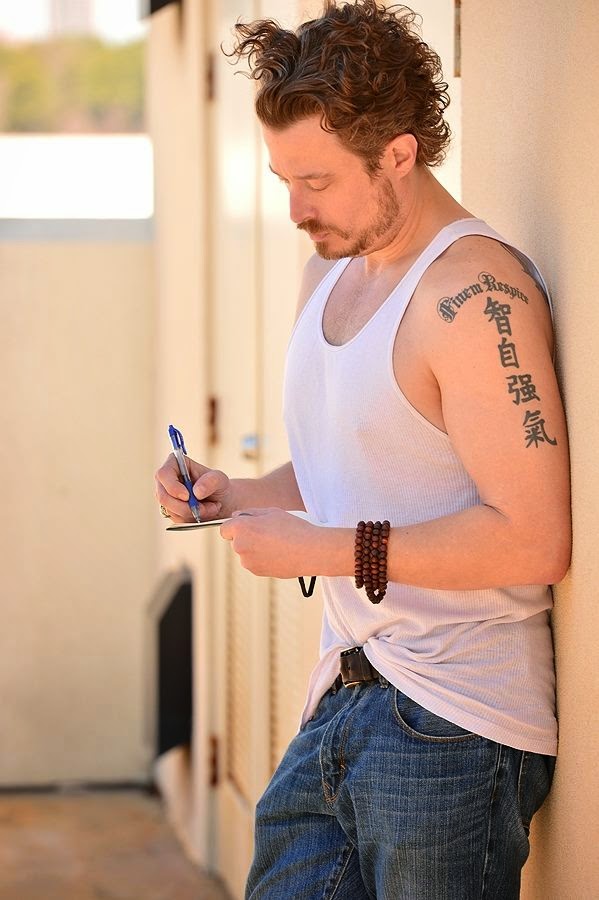 He’ll write phrases or words or whatever comes to his mind in his little black notebooks that he carries with him wherever he goes.
“Verse will either haunt me, or they’ll jump out at me while walking around in public.  When I scribble a line, I’m far more cognizant of what I’m saying than when I began writing poetry.  My brand of poetry always highlights a mind trying to work out the universe.” 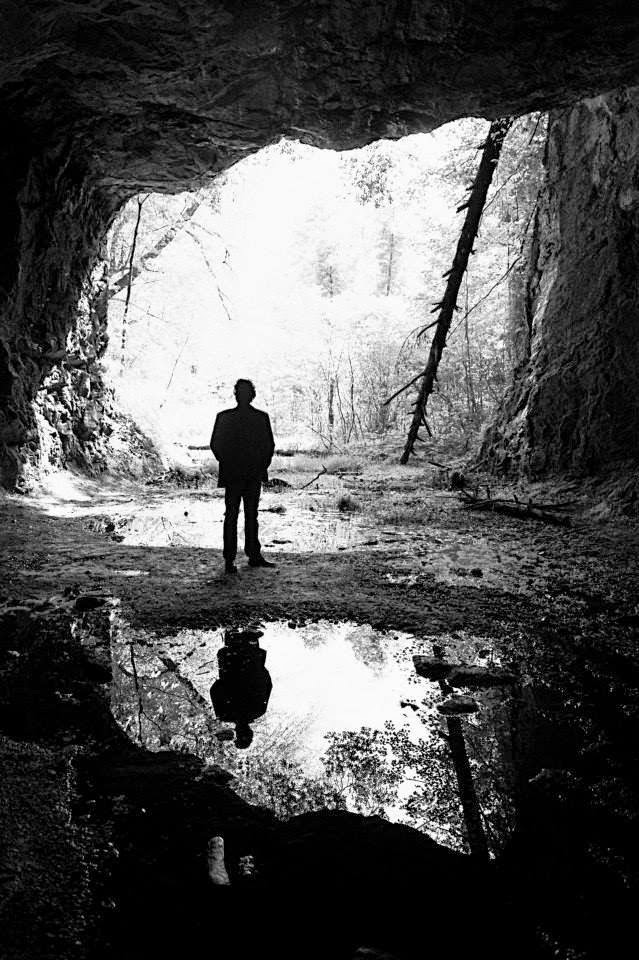 Usually the poetic muse will guide him to his study every few days where he starts turning the words and phrases into poems. 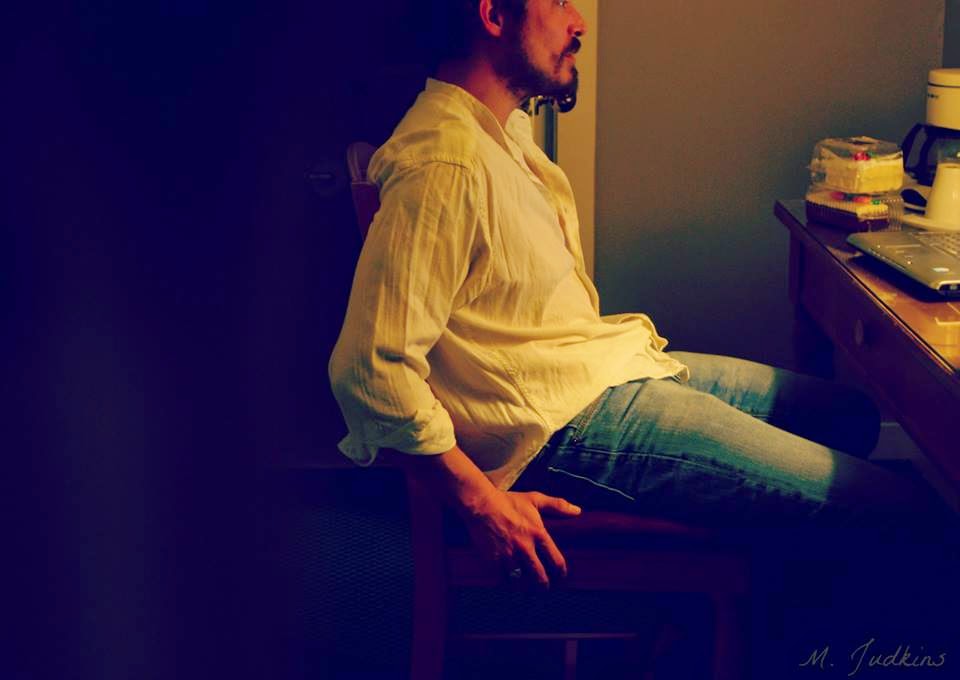 “I’ll charge into the study, sit down, and hit it with a smile on my face.  This is when the second form of composition rises from the ghost of an old relationship, the undying affection for a family member, or the joy from my current state of affairs breaks loose and spills out over several pages.”
On August 1, 2012 Brooks’ first book of poetry, The Draw of Broken Eyes and Whirling Metaphysics, was published by John Gosslee Books (http://www.fjordsreview.com/cbrooks/index.html). 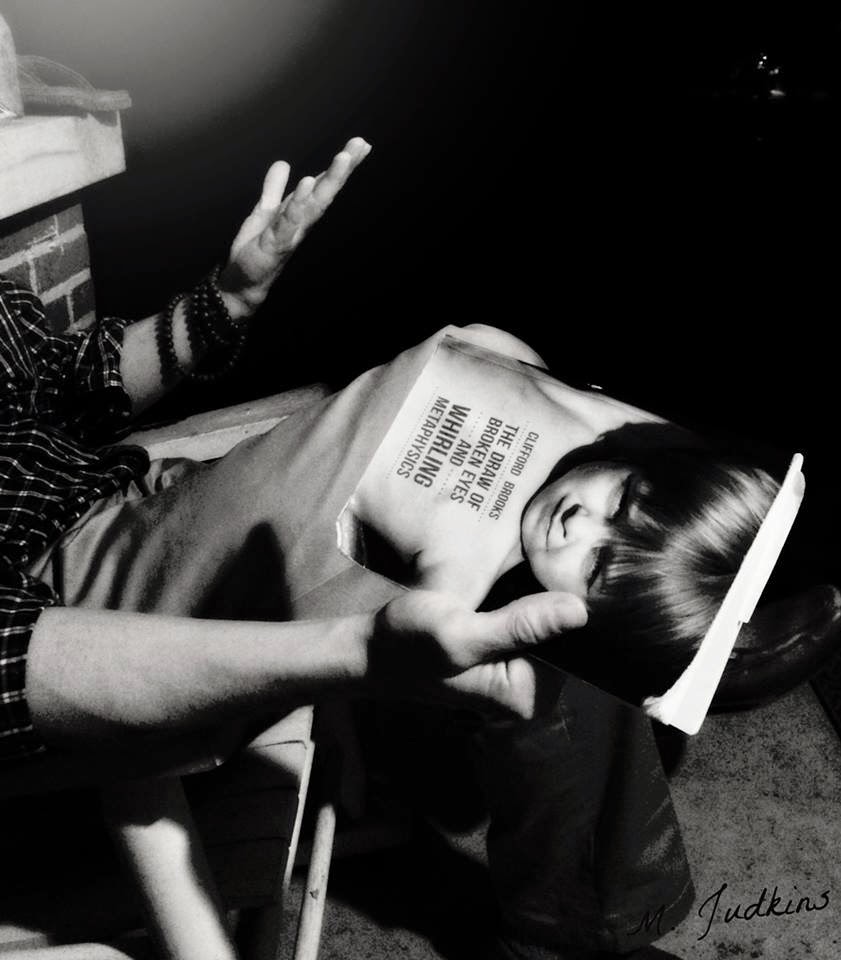 Brooks wanted to share his vision of the South’s future with other individuals in a small forum, but wasn’t sure where to turn.  After a great deal of research, he didn’t find a group like the one he had in mind, so he set out to create The Southern Collective Experience. (https://www.facebook.com/TheSouthernCollectiveExperience). 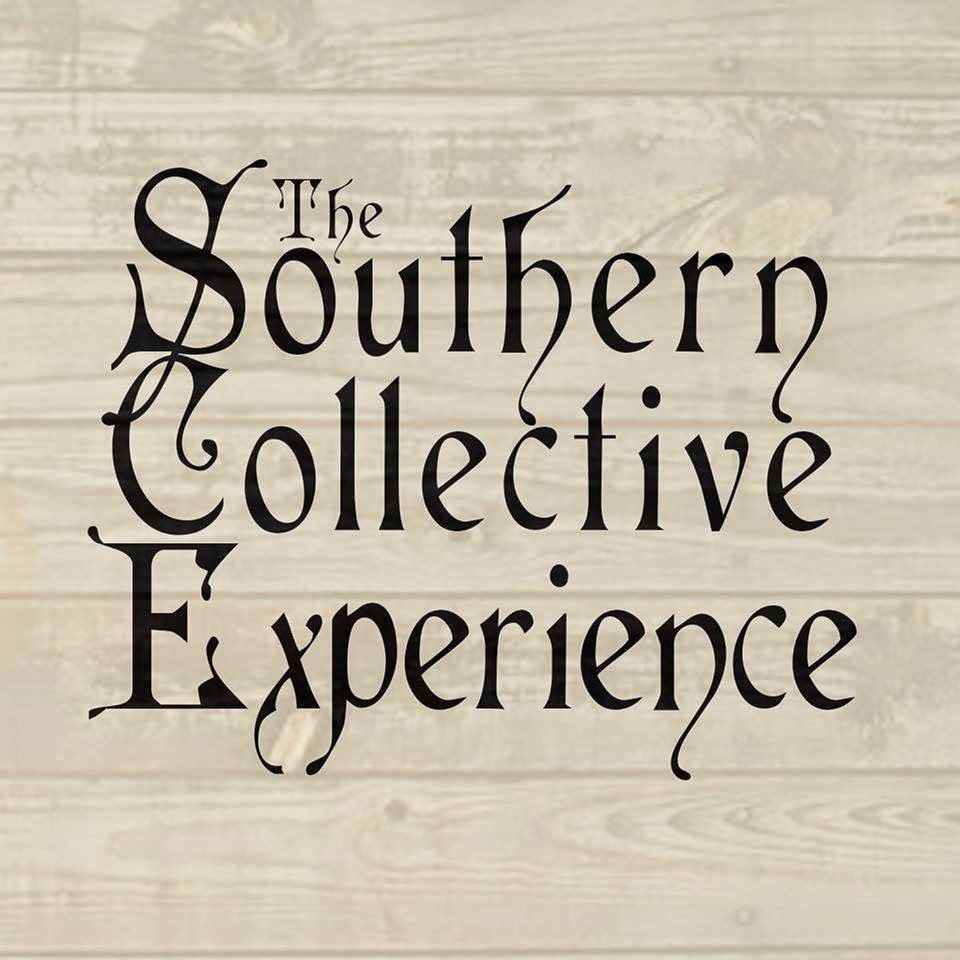 “I was batting around this notion for a group that pulled from all over the art world to include only determined souls with genuine talent.  I wanted to forge a network outside the back-biting and drama, (and) provide an oasis where a few people could gather in one place every month or so to relax while talking up Coleridge - or nothing at all.” 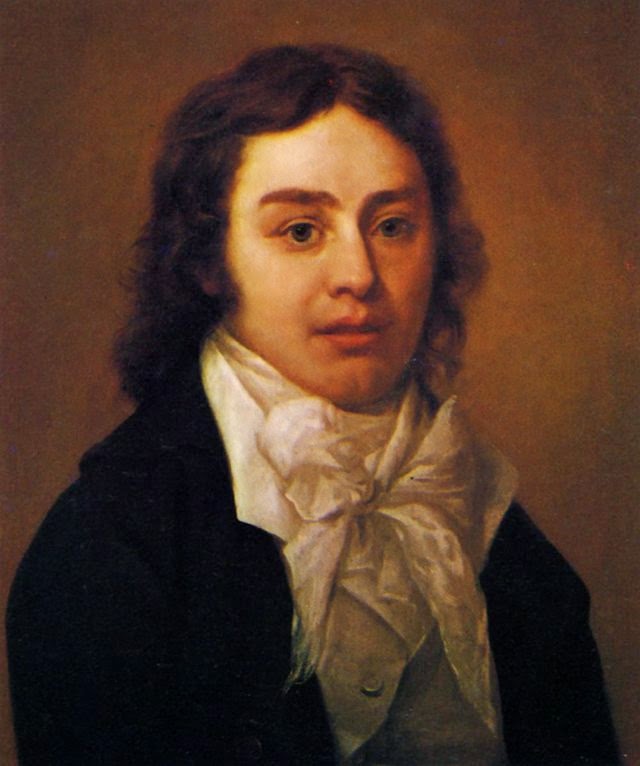 Brooks insists that The Southern Collective Experience will not have a main mission or creed.
“That immediately limits the scope of our project, and honestly, I think they sound pompous.” 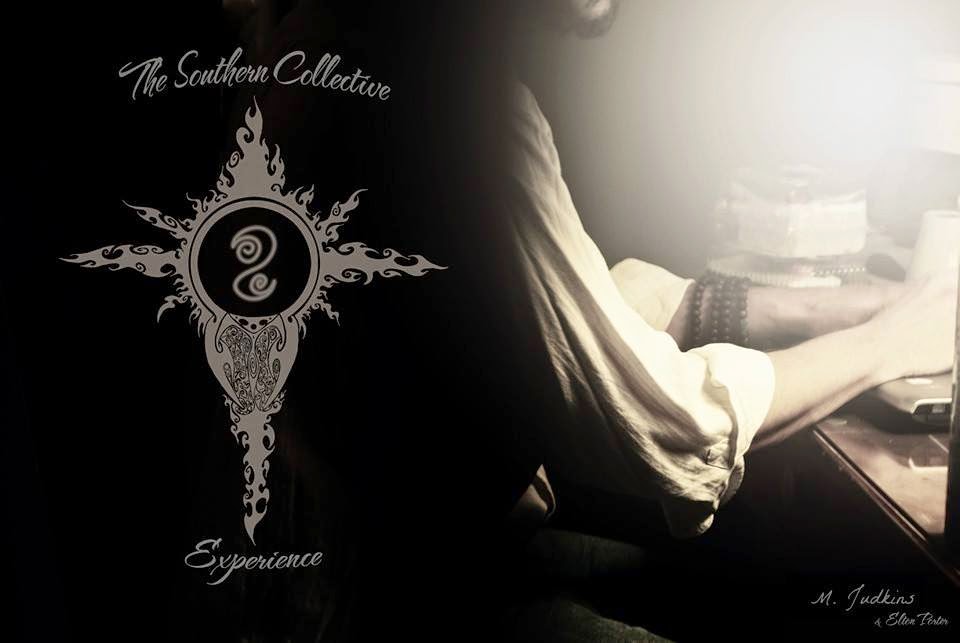 Perhaps one could deem that The Southern Collective Experience does have a goal that is threefold:  to focus on the arts and not the politics of the arts; to treat art as a money-making business without sacrificing art’s integrity; and to not tolerate soap opera-esque behaviors. 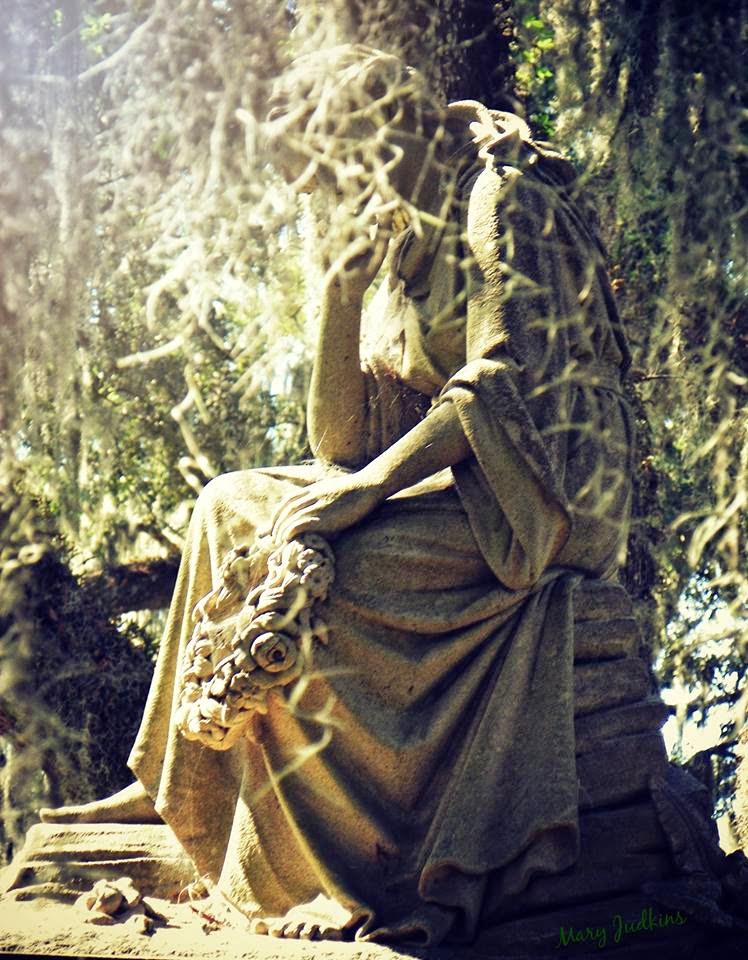 “Money isn’t the reason for the season, but if you happen to make any while you create – only insanity would complain.”
For the next year, Brooks tried to find members to induct into The Southern Collective Experience by visiting several reading groups,  researching artists who have influenced him, and researching literary families in the area.  He then set up a list of names with addresses and sent out invitations to join The Southern Collective Experience. 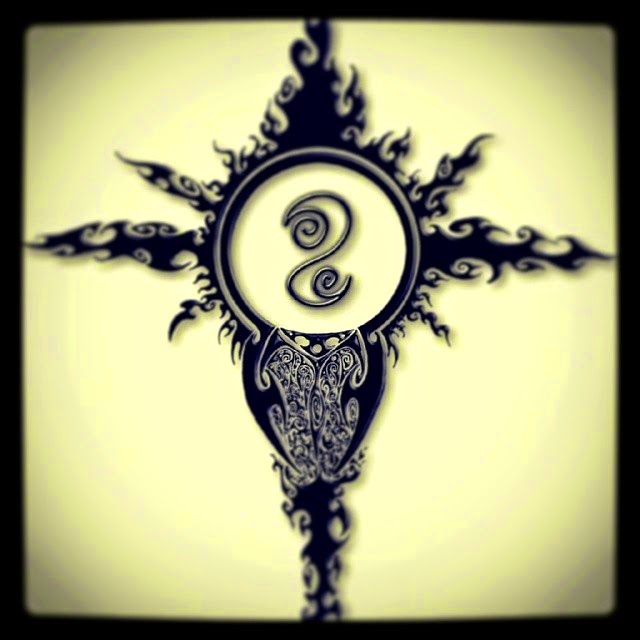 “After much trial and error, the membership was carved into what it is today.  As it stands, I’m happy with the gypsy feel of the group.  With too many members the center looses its pull, and with too few members the inspiration grows stagnant.  All our brothers and sisters have their own lives and other side projects going on.  No one has to sacrifice independence to be a part of this gritty whole.” 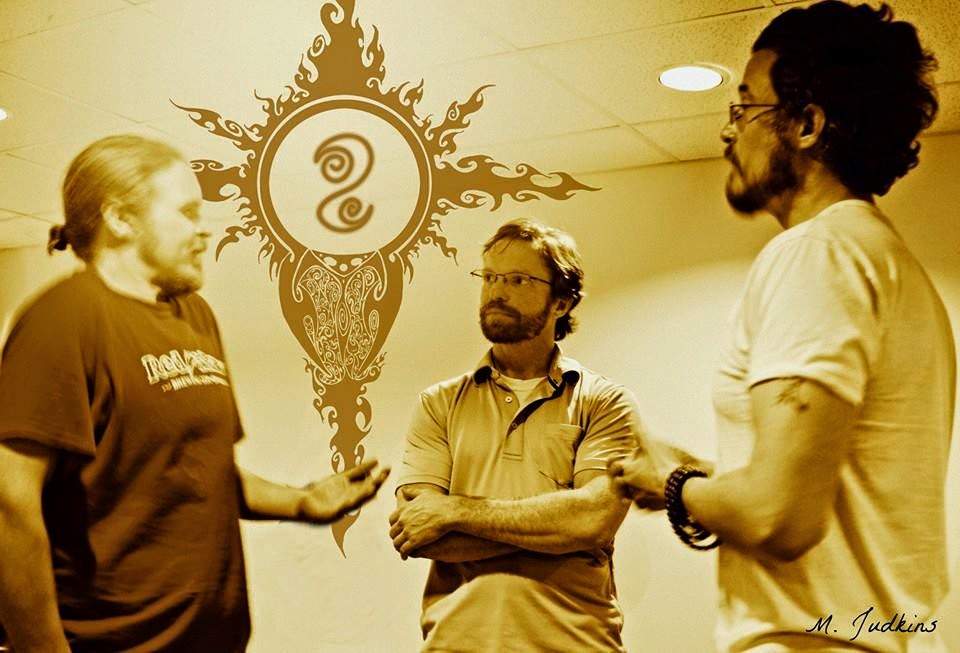 The Southern Collective Experience consists of poets, prose writers, musicians, and visual arts of all kinds that share these common threads:  an earnest sense of self; pride in their blood and creativity; a sense of home being the south.
“We are how the South now sounds/looks/behaves.  The visual artists, photographers, prose writers, and poets all have their own flavor, often very different, that is crucial to embody a people.  There are some on our roster that have spent little time in this part of the country, but one truth I have found to be unshakeable is that you don’t have to be from here to be of this soil, song, and sky.” 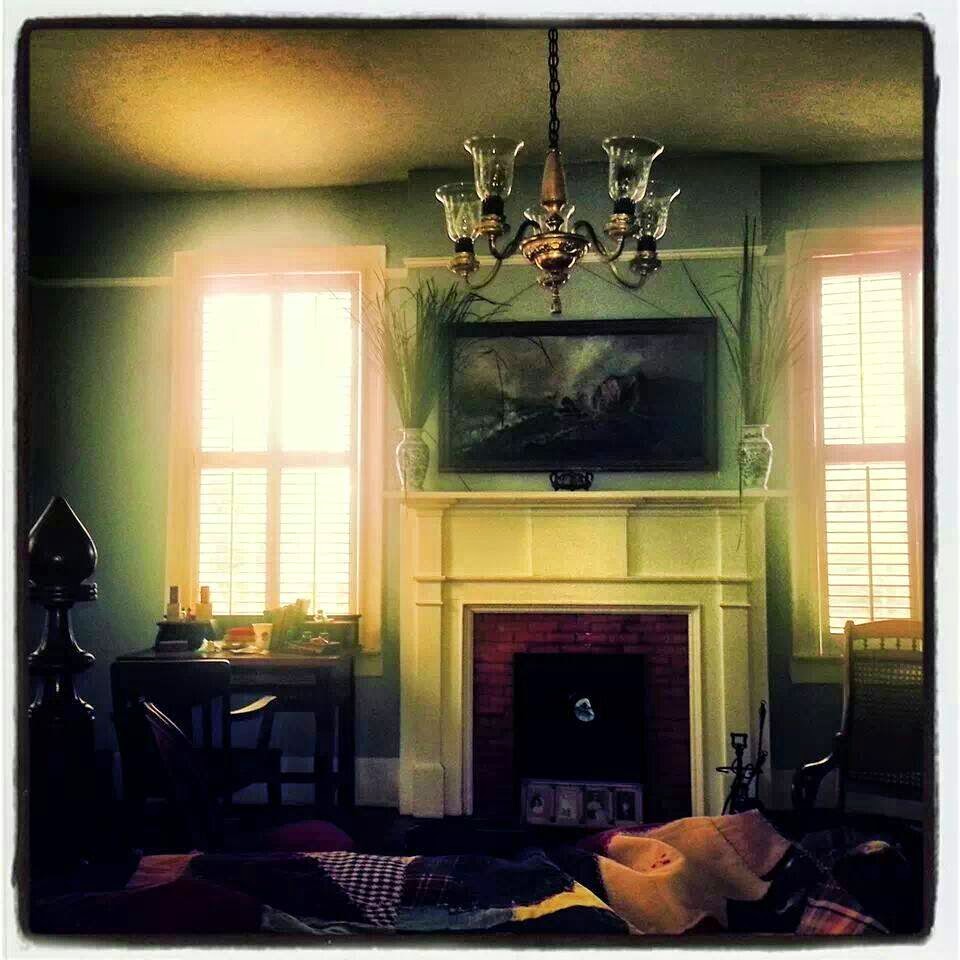 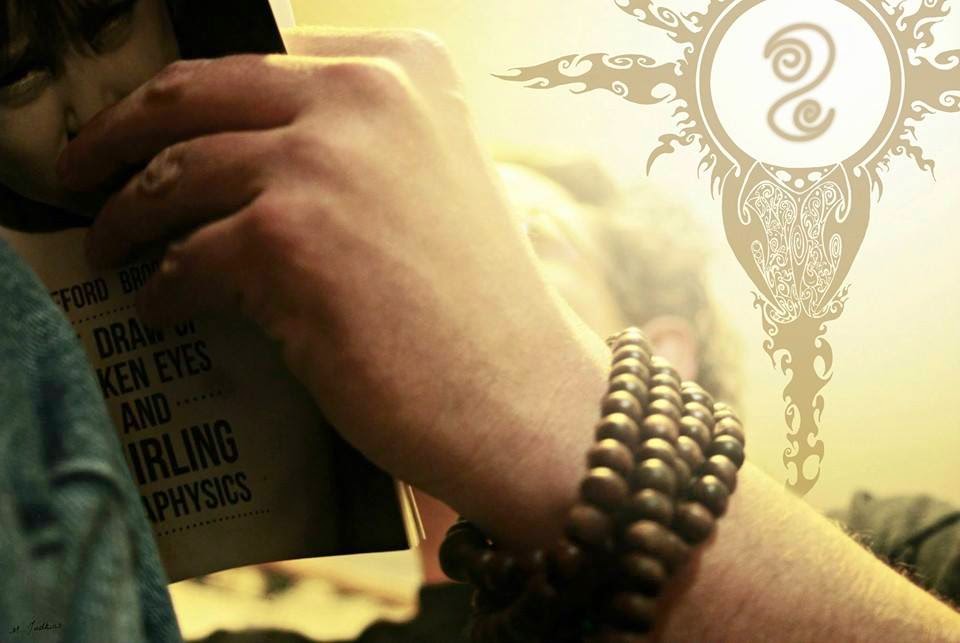 “We are a family, moving together as a quiet force, again, not needing a battle cry to let the arts know what we’re up to.   The social media, advertising the projects of other members, and any other appearances to the public must be composed to a consistent, organic, honest beat.  Otherwise everything we do will smack of insincerity and elitism.”
One of the requirements of being a member of The Southern Collective Experience is that he or she must be in the process of practicing his or her art form and not just talking about it.
“All members are expected to contribute.  No one gets to ride the coattails of anyone else.” 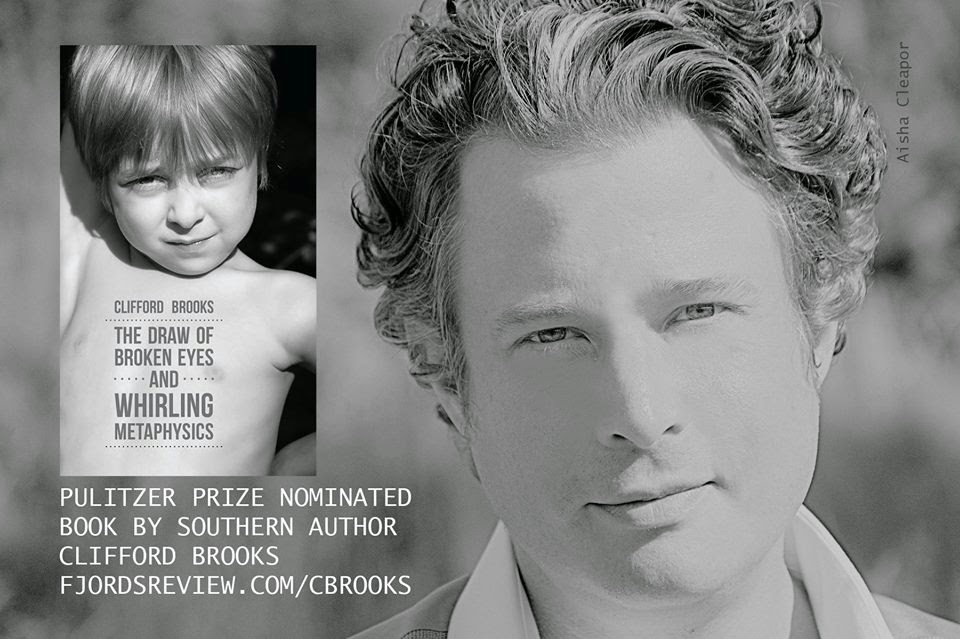 The Southern Collective Experience has its own radio show titled Dante’s Old South, which was created by Brooks and Matt Youngblood (https://www.facebook.com/matt.youngblood.7771?fref=tl_fr_box).  The two men met when Brooks was a guest on Youngblood’s radio show about his book The Draw of Broken Eyes and the Whirling Metaphysics.
“Matt Youngblood asked all the right questions.  We got on the topic of music, life, and what we hoped to glean from the very near future.  There was a great deal we had in common.  We decided our radio show would be worth the time to listen.” 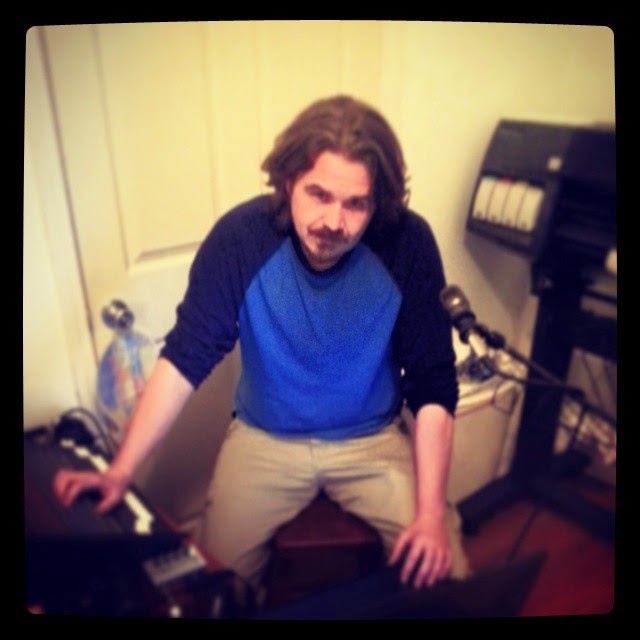 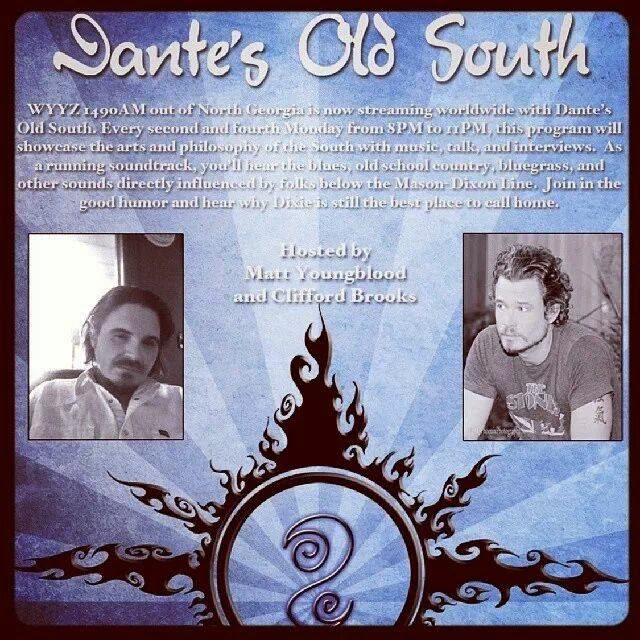 “It helps tremendously that we’ve got Professor Joe Milford (https://www.facebook.com/joemilfordvictor/about)among us who has years in the radio game with his Joe Milford Poetry Show (http://www.thejoemilfordpoetryshow.com).  In this area of my career, he and Matt Youngblood are indispensible mentors.” 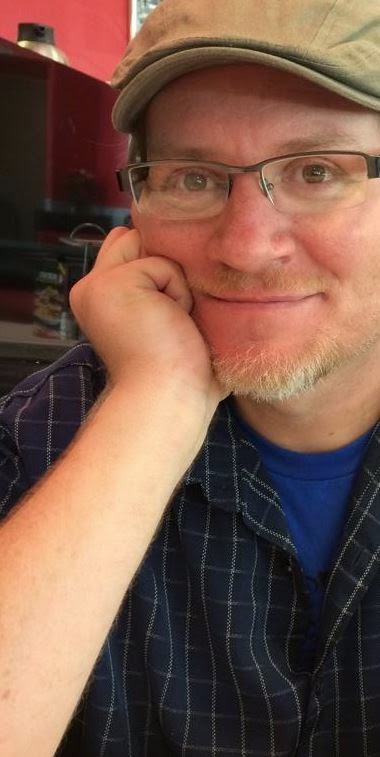 Dante’s Old South is on 1490 AM WYYZ The Croc airs and streams online on Mondays and Tuesdays from 8 p.m. to 10 p.m.  Soon the show, their journal of the arts, The Copperhead Review (its first issue will launch in mid-spring to early summer 2015), and more on the group will be featured on their website. 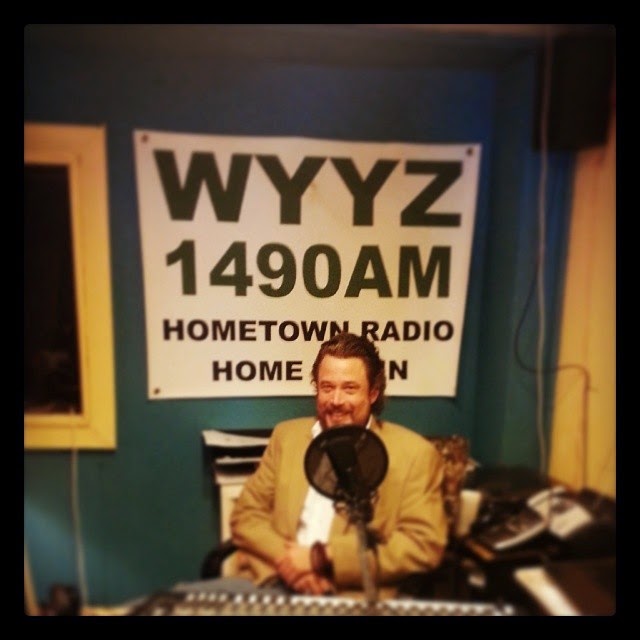 “Our website is currently under construction as is the necessary, blissful life.”

PHOTO DESCRIPTION AND COPYRIGHT INFO
*All photos have been granted copyright privilege by Charles Clifford Brooks III unless otherwise noted.

20
Picture of Charles Clifford Brooks and the SCE logo.

22.
That is a statue from a cemetery in Savannah, GA.
Photo by Mary Judkins took it.

28.
Image of Charles Clifford Brooks II and the SCE logo.


Charles Clifford Brooks III behind the mic at WYYZ before a show.  Photo by Matt Youngblood.
Posted by Chris Rice Cooper Blog at 2:18 PM No comments: Links to this post