#001 Inside the Emotion of Fiction: Nathaniel Kaine's Thriller Novel "John Hunter - The Veteran"


****The CRC Blog welcomes submissions from published and unpublished fiction genre writers for INSIDE THE EMOTION OF FICTION.  Contact CRC Blog via email at caccoop@aol.com or personal Facebook messaging at https://www.facebook.
com/car.cooper.7 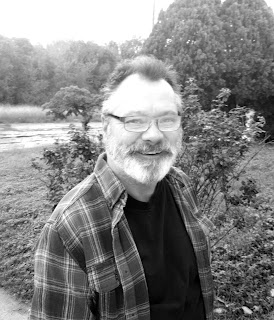 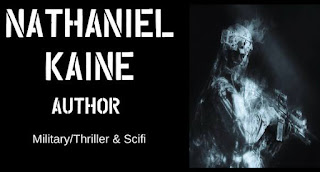 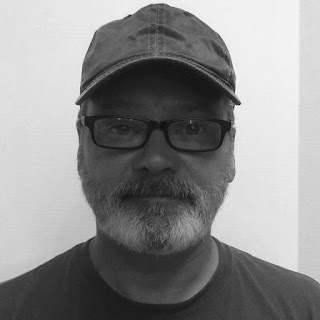 Has this been published? And it is totally fine if the answer is no.   If yes, what publisher and what publication date?   Not yet 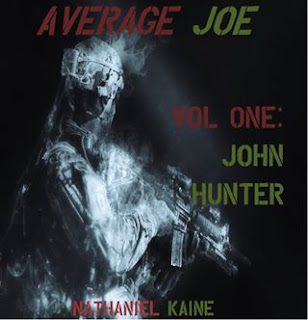 Since then I've written book two of the series and am currently writing book three. Book One - John Hunter - The Veteran is currently undergoing a final edit and will be ready for submission by the end of 2018 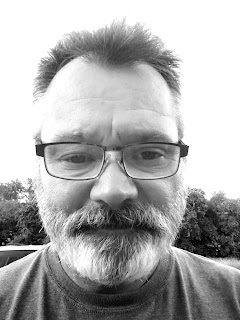 Where did you do most of your writing for this fiction work?  And please describe in detail.  And can you please include a photo?  In my garage, at my computer, working late nights and many weekends while I was working full time.
What were your writing habits while writing this work- did you drink something as you wrote, listen to music, write in pen and paper, directly on laptop; specific time of day?  Lots of coffee, and I listen to movie soundtracks while I'm writing.  I write it all on the computer during the late evening/early morning hours, sometimes until the wee hours of the morning when everyone else is waking up

What is the summary of your fiction work?  John Hunter was living the American Dream. A highly decorated war veteran, he had served his country as a member of the U.S. Navyís Elite Special Forces. After being honorably discharged and getting his P.T.S.D. under control, he walked away to a normal life, filled with routine, doing all the things he was supposed to do. With a wife, two kids, and a good job, he was at peace with himself, enjoying the fruits of his labors, and the happiness that surrounded him. He had conquered his demons and was just an average guy with an average life.
One day changed everything. The events of that day would force him to call upon those skills learned long ago, skills that now sat rusty and would have to be re-honed to the razor sharpness; not only for his, but his entire family ís survival. He would have to break from the shell he had built around himself and once again step back to a time where he was not average, not happy, and not at peace. He would again have to awaken those demons he had quelled so long ago,  and no longer be that Average Joe. For this, he and his family would pay the price. (Below:  Web Logo photo for Nathanial Kaine's web page)

Please include excerpt and include page numbers as reference.  The excerpt can be as short or as long as you prefer.   After I was sure I wasn’t followed, I pulled over to the side of the road in my neighborhood, not far from my house, and parked. The weight of fifteen years of mental suppression faded away, the floodgates of my memories opening, forcing me back to the place visited in my nightmares. My hands shook, and I tried to steady them by gripping the steering wheel harder. I had worked so hard to keep those thoughts buried in that little box for so long, but Pandora had other ideas. The lid flew open with a vengeance and forced me to relive the memories of brothers lost and bad guys killed. I saw all their faces, the ones felled by my hand, the blood and carnage I had left in my wake, my soul forever etched with the memories of the horrors of war. I cried, unable to dam the thoughts that flooded my mind. Page 7 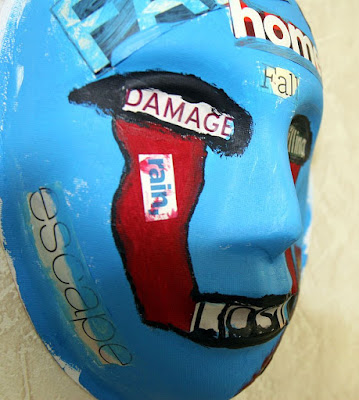 Can you give the reader just enough information for them to understand what is going on in the excerpt?   This is a reawakening of the character, having to revisit the memories he had buried so long ago.  A feeling I know all too well from experience.
Why is this excerpt so emotional for you?  And can you describe your own emotional experience of writing this specific excerpt?   It was very difficult to write this part as I have had similar experiences with my own PTSD. (Left:  Artwork mask created by a US Marine who suffers from PTSD.  Public Domain) 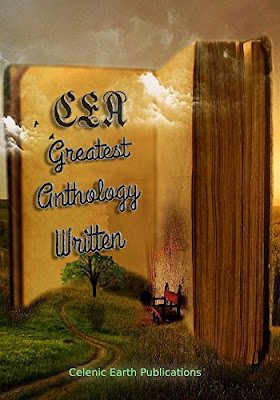 Were there any deletions from this excerpt that you can share with us? And can you please include a photo of your marked up rough drafts of this excerpt.   None for this excerpt
Other works you have published?   “The Park Ranger” - Short Story - CEA Greatest Anthology Written 2017 - Celenic Earth Publications 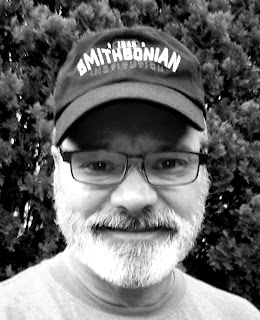 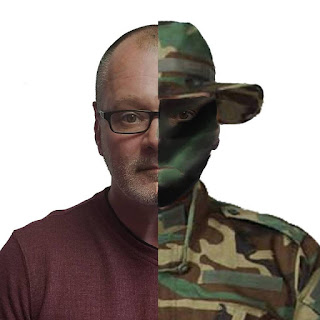 He shed his Midwestern roots for a more adventurous life in the U.S. Navy, where he had a broad array of experiences in the submarine service, surface naval units, and Foreign Service, specializing in electronics and communications.  His time in the service allowed him to travel extensively, both in the United States and abroad, working in and visiting over 40 countries, experiencing and embracing many cultures.  He spent a majority of his time, living and traveling throughout Central and South America, where he became fluent in Spanish while working with foreign military units on an advisory and training basis. (Above Right:  Nathaniel Kaine.  Copyright permission granted by Nathaniel Kaine for this CRC Blog Post Only) 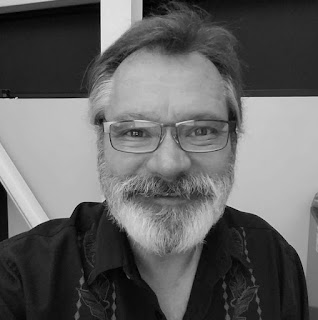 Nathaniel has worked in the Financial  Services Industry, and currently works in Information Technology having held a number of different positions in both, constantly seeking the challenging aspects of his fields.  Nathaniel’s avid love of the outdoors and adventure has led him on many interesting journeys, through the Andes in South America, the Amazon, diving in many of the world ís oceans, spending time on safari in Kenya, visiting the outback in Australia, constantly looking for ways to explore.  (Left:  Nathaniel Kaine in July of 2018.  Copyright permission granted by Nathaniel Kaine for this CRC Blog Post Only)) 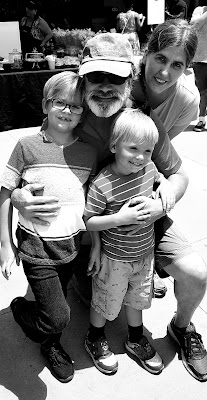 Nathaniel and his wife, Meghan, have two young children, with whom they spend most of their waking hours. He also has three older children from a previous marriage to Kathleen, who passed away from cancer at an early age.  Nathaniel takes much of his creative inspiration from classical authors such as Robert Louis Stevenson, James Fenimore Cooper and Herman Melville, and modern day authors such as Robert Heinlein, Isaac Asimov, Lee Childs, John Grisham, and Clive Cussler. (Right:  Nathaniel,  his wife Meghan and their two sons.  Copyright permission granted by Nathaniel Kaine for this CRC Blog Post Only)