The "Birds On The Precipice" In Margo Berdeshevsky's BEFORE THE DROUGHT . . .

**Some of the links will have to be copied and then posted in your search engine in order to pull up properly.  The links will appear in alphabetical order at the end of the feature. 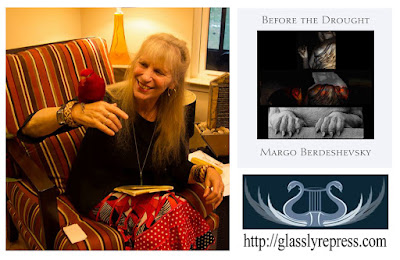 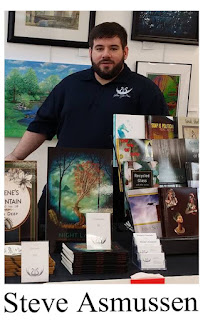 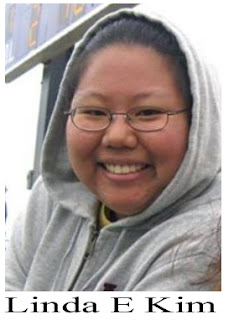 Before the Drought is a 99-page-blockbuster of 44 poems about body image, global warming, spiritual quest, elegies, death, ecstasy, prayer, and a cry out to the injustice of the world.  The poems stand alone as individual poems and yet link in a pattern creating a rhythm that stays with the reader long after the last poem is read. 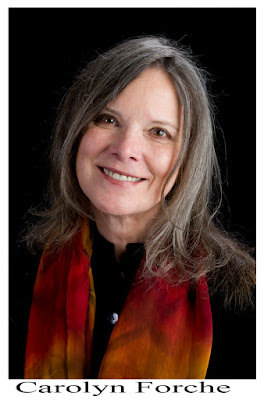 Before the Drought has received recognition from great poets such as the legendary Carolyn Forché known as the social justice poet of the world:  “Before the Drought is a lyric meditation on corporeal existence, suffused with atavistic spirit and set in historical as well as cosmic time, a work of radical suffering and human indifference but also sensual transport. The tutelary spirits of these poems are the feminine principle, and a flock of messengers that include blue heron, ibis, phoenix, egret, and blood’s hummingbird. In the surround we find ourselves in the magical world of a floating balcony, and a field of cellos, but it is a world in peril, now and in the time to come, on the night of the Paris massacres and in a poisoned future.  In the City of Light, Berdeshevsky writes poems commensurate with her vision, poems that know to ask How close is death, how near is God? Hers is a book to read at the precipice on which we stand.” 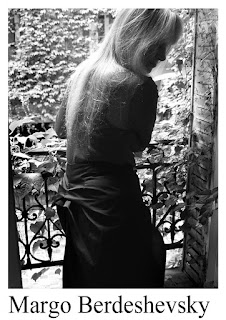 Precipice is the fitting word to describe what the reader experiences an unprecedented vulnerability that will force him or her to think outside the box and to think in worlds they never thought possible.
There are numerous imagery throughout these poems but the one image that most of the poems share is that of birds – albatrosses, bats, blackbirds, cardinals, cranes, crows, doves, egret, frigates, geese, gulls, hawks, herons, ibis, nightingales, orioles, owls, phoenixes, pigeons, ravens, snake birds, sparrows, and thrushes.  These birds experience a journey of words by flying in the roads of the skies in the poem.

of a road I hadn’t pronounced yet 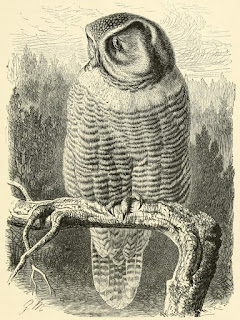 The symbolism in these poems is not the bird but us, humanity, in the disguise of birds.
In “Whose Sky, Between” the death is in the form of wars where Berdeshevsky compares the sound of the owl, known for death, falling on a hard surface to that of gunfire through humanity on a wall.

A name that meant sound of an owl’s hard fall, another day of blood gunned to all
walls 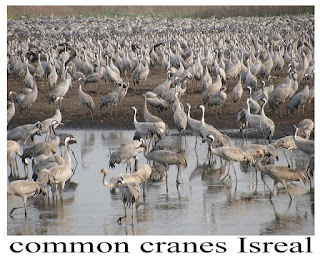 The crane is a symbol of eternal life where the bird is able to live in a variety of environments – the land, the sky, and the sea.  In “Whose Sky, Between” the only living remains of these horrible wars are the cranes.

This day, how many white cranes remember all the bombs we’ve made to make the ‘other’
dead.  Said:  so we may never die.  Said:  hang a thousand small wings from our branches.

In the next to the last couplet there is still hope for life in the form of peace that cannot be defeated by war.

May one crane fly, one jasmine open, one thrush sing-all fragile night.  One bloom of
a peace that cannot die. 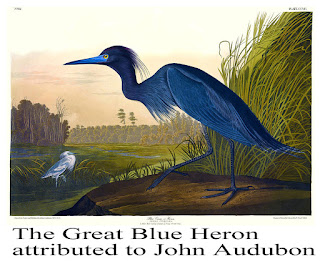 In “Here Is My Body” the great blue heron is the mother speaking to her young daughter just before she dies.   The great blue heron is the tallest of all herons and flies with its head back, its wings wide and strong, a vulnerability of flight to God, but an aggressive form of hunting in order to feed her young.  Along with this vulnerability of flight is its ability to retain and give wisdom and pass that wisdom to their young – in this case the young daughter.

Mother, I cry,
you promised kinder dreams.  You promised sleep.  Be kind, you said, before you surrendered.  Before
you climbed the star-fall.  This night won’t last, you said.  I’m the heron, I’m the lake at peace, our
vine leads to you, you said. 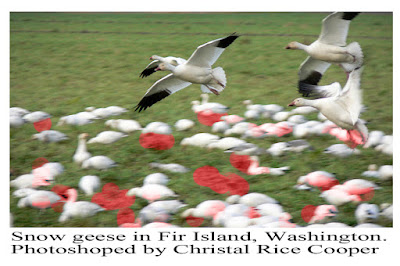 In “Pulse” the speaker of the poem feels her value as a human being is decreased as she ages.  She finally comes to the point where she begs her ghost to end her life.  Instead the ghost sends her snow geese, which symbolize new beginnings, falling like rain from the sky.   She then hums a prayer that her ghost will send her blind people to acknowledge she is alive, but not see her aged body or the dead geese.  The ghost sends more geese fall to the sky, their dead bodies covering the street.

Showers of snow geese.  The morning sky bled them, no one else noticed or was bothered .  I
Covered my eyes the way I always had when I passed any accident in the street, so afraid to see 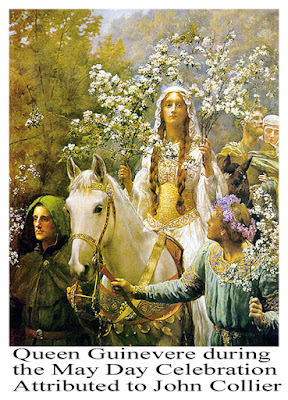 The poem “Before the Drought” is a three-page prose poem centered on the May Day Celebration taking place in a surreal world.  In this world the queen cannot cry, and yet the singing continues, even before the slaughtering begins.  Here the nightingale has a starring role in the opera but forgets to sing; a woman who is unable to 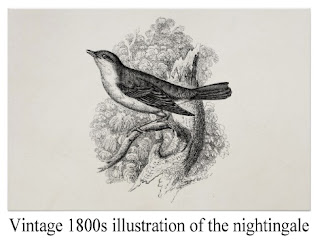 speak cries like a dove; and the queen who now stutters begins the slaughter of an innocent and very compliant animal. 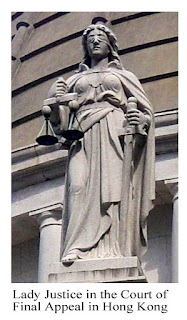 After the violent slaughter, thenightingale remembers its role in the opera and sings, but it is not the song of the nightingale but the song of a dove, symbolizing mourning.  In the last stanza we learn who the real sacrifice is. 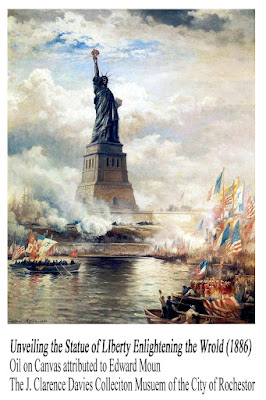 If you’ve watched, count the days.
If she stands

Count her shame.
If you’ve seen the crumbling

Mountain, if you’ve watched
While she rends her clothing, keening-

Soft pulp, wound in wires of the lies we
Know. 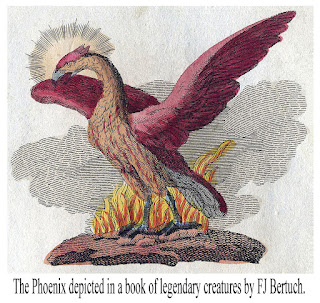 While the phoenix wings
Open – hands- up. 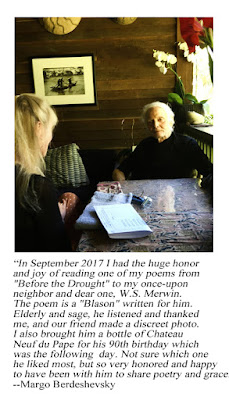 There are two celebration of life poems both dedicated to legendary poet W. S Merwin – “Blason” which features a black frigate, bats, a hawk, and orioles; and “Evil Twin of Blue” which features one red cardinal that Merwin feeds on his mountain property in Hawaii.
The poem “In Custody of the Eyes” could be described as a poem to be read on Easter.  Berdeshevsky, who identifies as a Christian, tells of a blackbird (which could symbolize Jesus) that has been shot down along with the cutting and shooting of a tree (which symbolizes the cross). 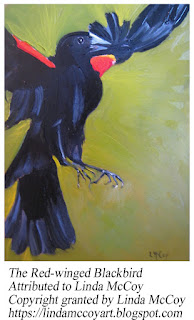 A branch splattered with
blood buds paused inert as
birds with no wings yet. 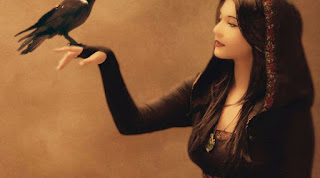 In “Mornings After” a woman holds a crow and questions everyone - the alchemist, the translator, the scholar, the dissident, God, the scientist – of why the horrors of the Holocaust happened?  And why any horror continues to happen in our world?

I am
the woman who asks, after.
Sparrow, eye on a god with no name
for us, what did you find? 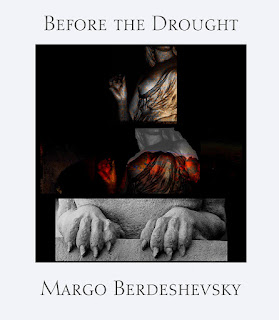 Berdeshevsky’s Before the Drought isn’t about finding the answers or solving the problems – but this:  to never forget, to never stop questioning, to always remember, to always fight for justice, to always hope, and to always love.

Berdeshevsky read this specific piece and responded via email:  “Thank you, Christal, for your insights. As an author, I have a core belief...once written, my poems belong to their readers, no longer mine to interpret or comment on another reader's understanding. They take flight and belong to each reader. So all I must do is thank you for your caring commentary. I would only add this, if I may: In your summation, you write,  "Berdeshevsky’s Before the Drought isn’t about finding the answers or solving the problems – but this: to never forget, to never stop questioning, to always remember, to always fight for justice, to always hope, and to always love.” That is a more optimistic take on the book as a whole, perhaps. The book comes in dire times, with a perhaps darker vision. At this juncture, globally, we need one another more than ever before, and, we need to speak out according to our gifts, such as they may be. I will try to be a voice in my time. And that voice says simply this: Before the Drought is a book for the breaths and cries and whispers of our shared now. I am hopeful that it will reach both the minds and hearts of many.” 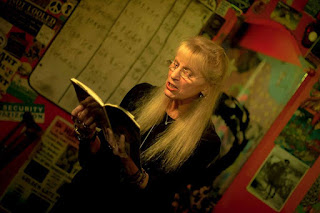 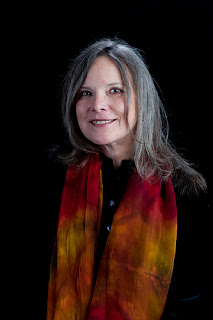 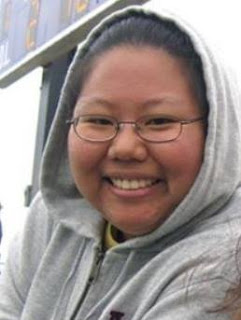 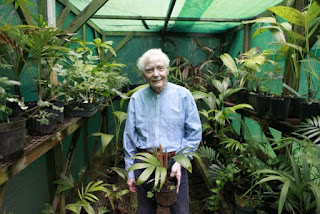 Posted by Chris Rice Cooper Blog at 11:14 AM No comments: Links to this post