*The images in this specific piece are granted copyright:  Public Domain, GNU Free Documentation Licenses, Fair Use Under The United States Copyright Law. 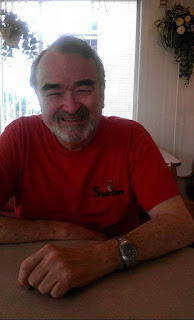 Can you go through the step-by-step process of writing this poem from the moment the idea was first conceived in your brain until final form? I began writing this poem in the autumn of 2013 when my husband John was actively dying of ALS (Lou Gehrig's disease).  He was in the process of being weaned off a ventilator in preparation for leaving the hospital to receive hospice care at home. The emotional experience was so intense that I was unable to physically cry.  (Right: Ellen LaFleche's husband John Clobridge.  Copyright by Ellen LaFleche) 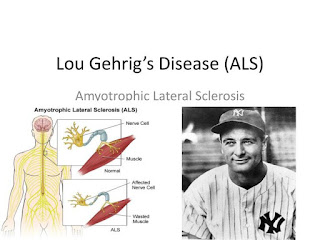 What was the point of tears? I was overwhelmed with fear and sorrow, relief that he was coming off the ventilator, anger at fate, anticipatory grief, hope for a comfortable death, and so on.  All emotions needed to be put on hold for hours every day so I could complete a slew of practical tasks: researching questions to ask the neurologist, preparing our house for home hospice, (https://en.wikipedia.org/wiki/Hospice) helping to soothe my 6-month-old grandson, comforting my daughter, traveling 50 miles back and forth every few days from the urban hospital in Central Massachusetts to our home in Western Massachusetts.

I tried to spend a few minutes each day engaging in some way with writing. Sometimes, this meant just thinking about sitting down to write at some point in the future. Because I couldn't physically cry, I knew I wanted to write a poem titled "Prayer for Weeping," a way for me to weep spiritually and metaphorically; in other words, there are other ways to cry beside using the eyes.  I used my cell phone to send myself messages that contained an image or idea, a few words, even a line or two. Many months after John died, I started to consolidate these messages to myself into a cohesive poem. 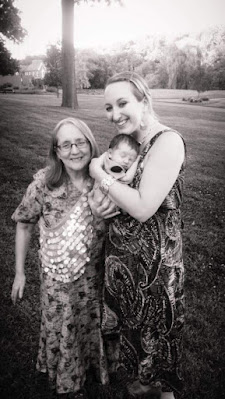 Where were you when you started to actually write the poem?  And please describe the place in great detail? Most of the lines were written in John's hospital room or in a small sleeping alcove in the intensive-care waiting room. The room was overly bright with artificial light that pulsed in time with the beeping of machines. The window framed a close-up view of the hospital's emergency helicopter landing pad. John was rapidly losing the ability to speak because the ALS was causing an ascending paralysis that affected his tongue and speech muscles. But he managed to tell me - in a weak, halting voice - about how he'd watched an emergency heli-pad landing on the day I was at home defrosting a frozen pipe.  The heli-pad is my enduring memory of that room, overlaid with the sights and sounds of medical workers coming in and out of the room with startling frequency. (Ellen LaFleche with her daughter and grandson.  Copyright by Ellen LaFleche) 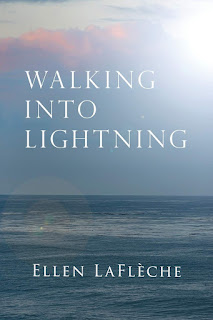 The poem is included in my book, Walking into Lightning, which explores the extended grief of losing a life partner. I wanted the book to acknowledge the physical and sensual losses that are specific to losing a spouse.

What month and year did you start writing this poem? This poem began in November 2013. 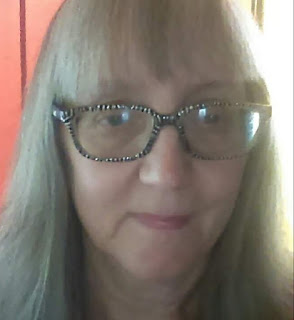 How many drafts of this poem did you write before going to the final? (And can you share a photograph of your rough drafts with pen markings on it?) It underwent revisions for several months after that. It was pretty much written through the messenger app on my phone. The memory of writing and revising is hazy because of the extraordinary stress of the circumstances. I ended up cutting and pasting the completed poem into a word document. My phone crashed a few months after I completed the poem and I lost my contact list, a batch of photos, and the poem's revisions that were stored on my messenger app. So the drafts have been lost. (Above Left: Ellen LaFleche in 2013.  Copyright by Ellen LaFleche)

Were there any lines in any of your rough drafts of this poem that were not in the final version?  And can you share them with us?  A few lines were transported into a poem titled "Prayer for Despair:"

* Because the full moon is trembling inside its executioner's hood

Which part of the poem was the most emotional of you to write and why? I'd like readers to appreciate that the imagery is often ironic, ie., "the breakable beauty of a hyoid bone," and to get a sense - within the context of the book - that weeping can be a metaphorical or concrete action. And that we need to think about the complex relationship between our actions and emotions. Consider this line:  "because a child is ripping a littleneck clam from its shell."  (Above Right: Ellen LaFleche in September 2020.  Facebook Logo Photo) 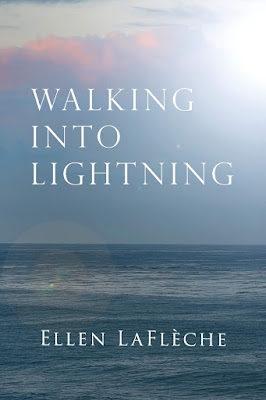 Each of these actions could be motivated by anger, desperation, a desire to please, etc.

Which part of the poem was the most emotional of you to write and why?  I'd have to say that the entire poem itself was/continues to remain an emotional experience because of the extraordinary circumstances under which it was written. Each line carries for me the grief of losing my spouse. 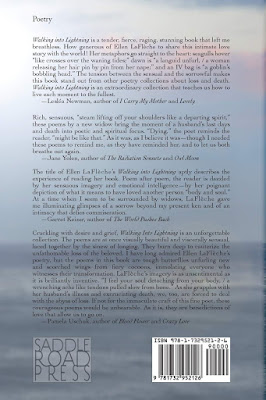 Has this poem been published before?  And if so where? The poem was published in 2014 in DASH literary journal

and in 2019 in my book, Walking into Lightning (Saddle Road Press). 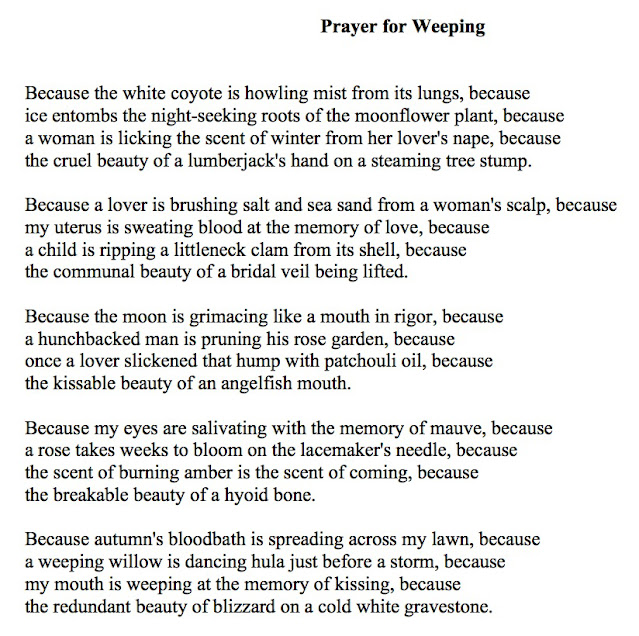 All of the Backstory of the Poem LIVE LINKS can be found at the VERY END of the below feature:
http://chrisricecooper.blogspot.com/2021/02/will-justice-drakes-intercession-is-251.html

Posted by Chris Rice Cooper Blog at 9:26 AM