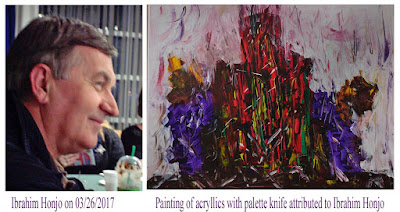 Backstory of the Poem
“Colors”
by Ibrahim Honjo
ibrahimhonjo@gmail.com
https://www.facebook.com/ibrahim.honjo 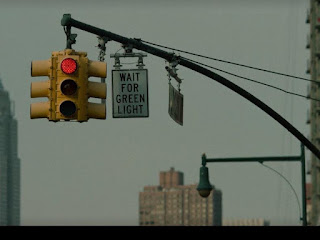 Can you go through the step-by-step process of writing this poem from the moment the idea was first conceived in your brain until final form?  I developed the first draft while driving to work one morning. Every time I stopped at a red light I quickly scribbled down what was in my head until the next red light. Sometimes ideas for poems come like this to me and this is the only way to keep the idea alive. Sometimes I’ll be thinking of different things and an idea sparks in my head for a poem; this is what happened with this poem. I finished this poem in my car at the office parking lot before work that day. 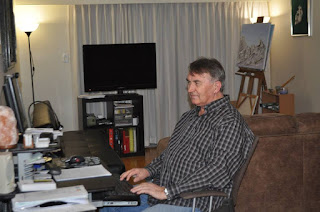 When I came home I typed up this poem into the computer. I corrected it along the way while putting it into the computer. I re-read it when I finished typing it so I could fix the mistakes, and try to replace some words for better ones. A week later I went back to the poem and tried to improve it as much as I could again. Before I decided to publish it I read it again several times and make sure everything sounds right.

Where were you when you started to actually write the poem? And please describe the place in great detail?  When the idea came to me I was sitting in my red car about one kilometre away from my house. I was about nine kilometres away from my office in the city. Driving there I passed so many different buildings, cars, and people. Being on the move it’s difficult to describe something in great detail. Everything goes in fast motion like the way my poem came to my head. I didn’t have time to look at my surroundings I wanted to keep the idea alive. (Right Ibrahim Honjo in his red car in March of 2018)

What month and year did you start writing this poem?  It was February of 2007 when I wrote this poem. (Left Ibrahim Honjo at a poetry event in  2007)

How many drafts of this poem did you write before going to the final? (And can you share a photograph of your rough drafts with pen markings on it?)  My first draft was done on paper with pen. My second one was done on a computer that went through many phases of revising. I edited this poem from February of 2007 and I was satisfied with the poem in March of 2011. Since I wrote all my poems first draft on a tiny piece of pocket sized paper, it is difficult to track where I filed them. My handwriting is extremely illegible for other people. I alone have a difficult time reading what I wrote which frustrates me and tends to lead to me throwing the papers away once they’re on the computer. I keep everything in my computer so it is easy to read for everyone and easy to edit. In my lifetime of writing I have learned that a poem is never finished. Sometimes, after I publish a book I go back and find words that I would’ve liked to change and I do so in my manuscript. 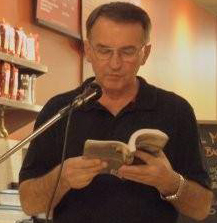 Were there any lines in any of your rough drafts of this poem that were not in the final version? And can you share them with us?  I feel that this question was also answered in question four. 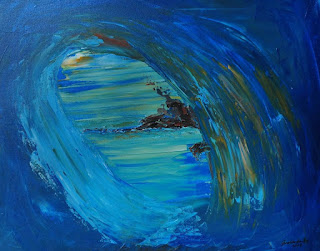 What do you want readers of this poem to take from this poem?  I want readers to carefully read the entire poem and to take these verses as a message:
let love break from its own shell  and flow from your poem  flow from your picture  let the Earth and space hug each other firmly like the two of us
let the universe love the Earth  so that love can break down all barriers
I would like to break circles and to destroy boundaries we are all winners  a test of love and geometry and the test of tolerance (Above Right - artwork attributed to Ibrahim Honjo) 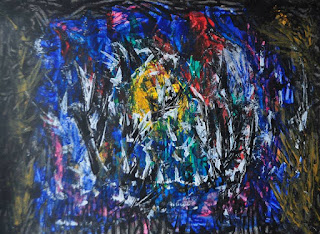 Which part of the poem was the most emotional of you to write and why?  This entire poem is kind of emotional, but the emotions cannot kill our heart. The best part of the entire poem I presented under question number six. I wrote this poem because I want to tell people what we all almost forget in our lives, and we don’t care about it enough or many people don’t care at all. (Left artwork attributed to Ibrahim Honjo) 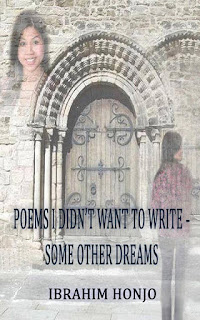 Has this poem been published before? And if so where?  Yes. This poem was published online in several poetry groups and on my Facebook timeline. It was also published in my book “Poems didn’t want to write, some other dreams” 2011. 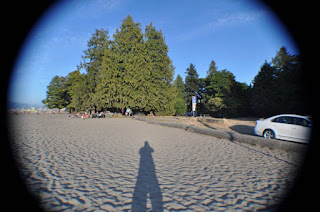 Anything you would like to add?  Your blog is really excellent and very interesting. I love it. I’m very happy to be part of your project. Thank you for this opportunity. Congratulations dear Cristy and good luck on your way. (Left Photo attributed to Ibrahim Honjo) 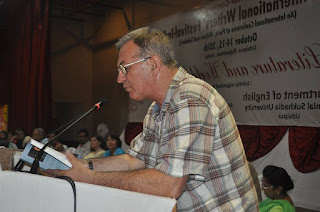 Ibrahim Honjo was born in 1948 in the former Yugoslavia. Since January 1995 he has lived in Canada.  Honjo is a poet-writer, sculptor, painter, photographer, and property manager who writes in his native language and in English.  His work has appeared in many magazines, newspapers, and on radio stations in Yugoslavia where he worked as an economist and journalist. He was also a book editor; newspapers editor; marketing director; and organizer of many poetry events and festivals. His poems have also been published in several magazines and radio stations in Canada and USA. 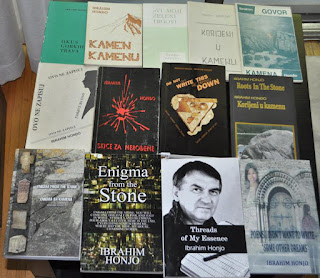 He is the author of 25 published books and one book with another author. His work is represented in more than 20 anthologies. Some of his poems have been translated into: Italian, Spanish, Korean, Slovenian, Bahsa and German. 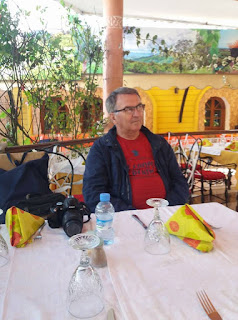 Posted by Chris Rice Cooper Blog at 7:37 PM No comments: