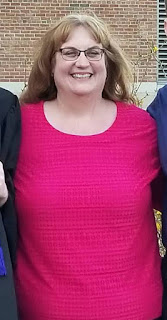 Can you go through the step-by-step process of writing this poem from the moment the idea was first conceived in your brain until final form?  It’s been a few years now since I wrote this poem. I was reading a blog about women writers, specifically writers who were mothers, and a (presumably) male commenter wrote that writing was all about the hours you put in, and if a woman couldn’t write every day for x amount of hours, well, she wasn’t a real writer then. He also used Tolstoy as an example of a great man who had devoted himself to his work, perhaps either trolling the page, or not knowing that Tolstoy’s wife Sophia had 13 children, eight of whom lived, and she still managed to rewrite War and Peace seven times by candlelight, copying and editing it for her husband, after the children had gone to bed. That comment became the starting point for the poem. 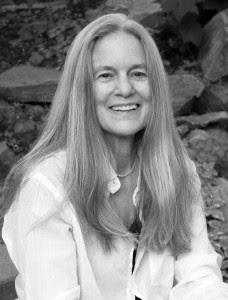 I immediately thought of Sharon Olds (http://www.sharonolds.net) —she’s one of my favorite poets, and she has claimed or reclaimed, a lot of space for women on what we are “allowed” to talk about in poetry. Her “The Language of the Brag,” which my poem references and pays homage to, is here. http://www.poetrymagazines.org.uk/magazine/record.asp?id=2160  (Left:  Sharon Olds web logo photo attributed to Brett Hall Jones) 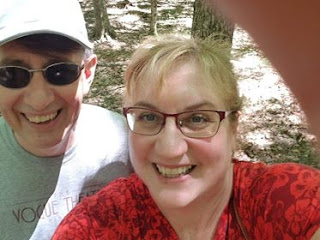 Where were you when you started to actually write the poem?  And please describe the place in great detail.
I think I was in my house. I have a comfortable chair in my office that I sit in when I write in my journal and read a lot. So I think that is the place where this poem started. (Right Telaina with her husband.  Copyright permission granted by Telaina Eriksen for this CRC Blog Post Only) 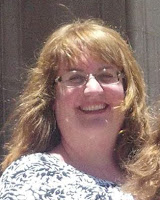 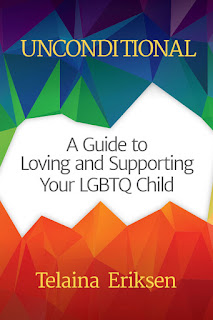 How many drafts of this poem did you write before going to the final? (And can you share a photograph of your rough drafts with pen markings on it?)  I usually write the first draft of any poem in longhand. From there I enter in MS Word, and immediately have some revisions and play around with line breaks.  I did share this poem with my writers’ group who had a lot of good feedback for me. I integrated those changes and then let it sit a while. I believe I made some more small changes. 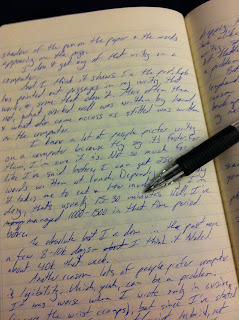 Were there any lines in any of your rough drafts of this poem that were not in the final version?  And can you share them with us?  I don’t keep old versions of poems anymore. I used to feel that was really important when I was younger when I had more delineation between first and final drafts. Now my revising process is much more organic and I’m tinkering with my writing quite a bit so I just keep one MS Word doc of the poem and update the poem in there. This poem was much longer in its previous drafts. My writers’ group really helped me pare it down. I’m not the best at submitting my work. Sometimes it takes me a while to send things out.

What do you want readers of this poem to take from this poem?  I guess I want readers to think about things in a different way. Think about all the “defaults” we have in our society. When we say “professional” what immediately comes to mind is a male 1950s version of the work place—long hours, non-emotional, no excuses, and the presumption is you don’t have a family, they won’t interfere with your work life in any way, no one will ever get sick, and if you do, you’ll power through, and will never need time off for an ailing parent or sibling, or a toddler with strep throat. Motherhood is so discounted in our society, including in literary culture. What if we flip that thinking? What if we think about it like mothers are more productive, should be taken more seriously, have the skills to get things done in a shorter amount of time because they have lived experience doing so? 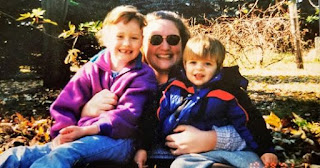 Motherhood is so challenging but one of the reasons it is so challenging is because our society makes it challenging for us. What if we had paid family leave so people could not only take off time with their new babies, but with spouses or other family members who needed a caretaker? What if there was subsidized quality preschool that everyone had access to? What if women weren’t expected to do all of the housework and family chores and if it was split evenly between partners? (Left:  Telaina with her son and daughter when they were little.  Copyright permission granted by Telaina Erickson for this CRC Blog Post Only) 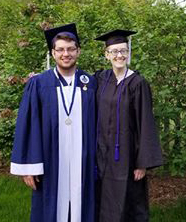 I guess I would like readers to think about motherhood as an asset, because our society treats motherhood like it something that anyone can do. Something to be overcome. Something you do on your own, with no societal support.  (Right:  Telaina Eriksen's son and daughter on graduation day.  Copyright permission granted by Telaina Eriksen for this CRC Blog Post Only) 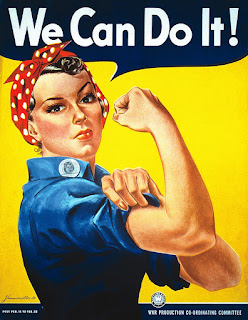 We give almost nothing but the most syrupy, Hallmark acknowledgement to the women who serve our society. The women who volunteer at schools and hospitals and senior centers. The women who plan birthday parties and buy Christmas presents. The women who keep their families together after death or trauma. The women who are battered by their partners and try to rebuild their lives. The women who are raped and sexually abused by men who go on to have loving relationships and families. All of that is work. All of it is service. All of it requires sacrifice. I want women to know and realize that all their accomplishments in a patriarchal system have been carving some place to stand out of marble.  (Left:  "Rosie The Riveter" attributed to J. Howard Miller in 1942 at the Naval Air Station in Alameda, California.  Public Domain) 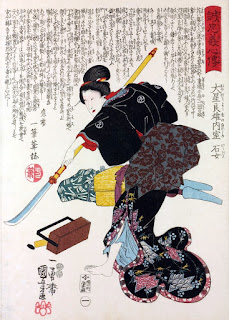 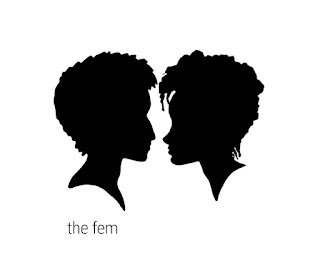 Has this poem been published before?  And if so where?  This poem was published by The Fem https://thefemlitmagazine.wordpress.com/2016/03/10/brag-2016-telaina-eriksen/ (Right:  The Fem web logo image.  Fair Use)

No, I won’t bow down to
your literary manhood. I won’t place my lips
around your millennial pride and blow.
I have never had the luxury of being given a place,
I’ve had to carve this ledge out of marble.
Working stone to survive has interfered
with my scholarship. When women place an “I” in a poem,
I see Harold Bloom’s sneer from here in the
heartland of Michigan,
when I say the placentas of both of my children were
large and firm, I feel the collective male shudder.
I am so tired of being told what
my eyes see isn’t real.
That what I value is tarnished.
That the years I’ve spent rearing my children have
been at the expense of my career.
Spare me your verbal sudoku.
You have your syllabic machinations. And
I have a samurai’s heart. 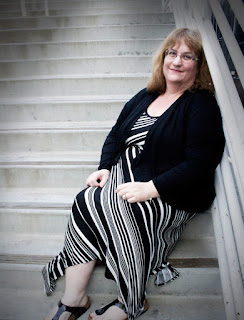 Telaina Eriksen is the author of Unconditional: A Guide to Loving and Supporting Your LGBTQ Child. She is a poet and an essayist, and her work has appeared in Compose Journal, Under the Sun, Role Reboot, The Good Men Project and many other online and in-print publications. She teaches in the English Department at Michigan State University and holds an MFA from Antioch University Los Angeles. (Right:  Web Logo Photo of Telaina Eriksen's web page. Fair Use)


Posted by Chris Rice Cooper Blog at 10:06 AM No comments: