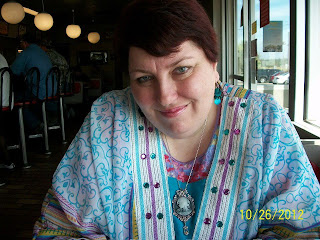 My name is Patricia Leudeman Chiappa. I come from humble beginnings; I grew up on Long Island, New York. My parents Audrey and Bernie Leudeman were hard working, fun loving, and God-fearing individuals. They taught my brother and I about how to serve your community, about putting in an honest day’s work, and that love makes a home. 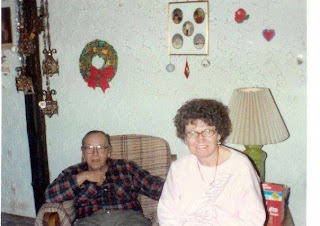 Growing up I never knew that we were dirt poor, and didn’t have the material possessions that other families had. I did not know what it was to want for things because the house I grew up in was always full of love, joy, and happiness. 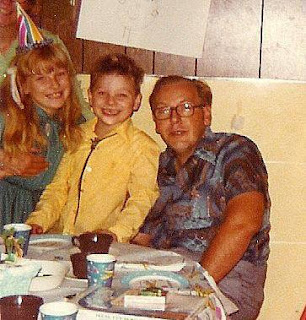 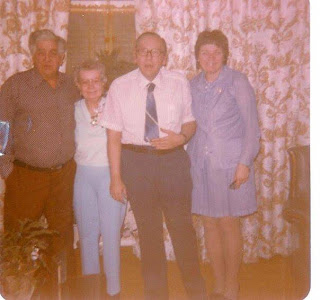 When I began school I was taunted, bullied and picked on by both my peers and teachers. My teachers called me lazy, dumb, and stupid.  I struggled to learn because I was undiagnosed with dyslexia. For the first fourteen years of my life I could not read or write. 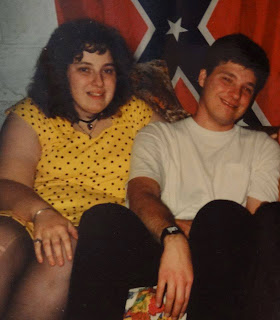 Until, at the age of fourteen, my sweet English teacher Mrs. Connie Esteves had a parent teacher’s conference with my parents and told them I was dyslexic.  It was Mrs. Esteves, along with my parents and grandparents who encouraged me and taught me how to read and write. It was Mrs. Esteves that fueled my passion for writing when she encouraged me to write a poem for the school paper. That summer I began writing Christian song lyrics, poems, and short stories. 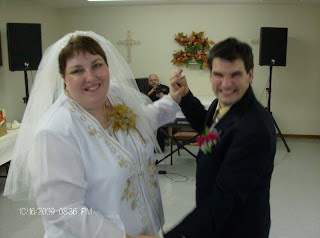 She came to my wedding! She inspired me because she never gave up on me and pushed me to be the person I am today. I don’t remember what I read in her class but I do remember one time she let me write a report on Stryper (rock band) and gave me an A! 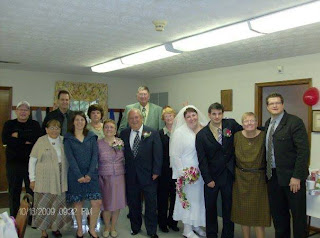 It was that same summer that my parents’ financial situation went from bad to worse and we were forced to move into what some may call a ghetto. The apartment where we lived was drug infested, crime ridden and dangerous. For seven years gang members in and out of school beat up my brother and me. The little possessions that my parents had were robbed several times. The apartment where we lived was formally leased by a drug dealer.  Every night my mom and dad had to deal with people knocking on our door, looking for drugs. There were times the person was so high they used to get mad when they couldn’t get drugs, and, the next day, while my brother and I waited for the school bus, they would ambush us. We received many bodily injuries and witnessed many horrible things. 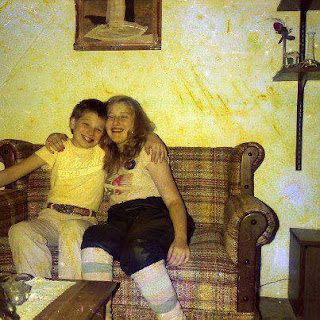 In school things were no better for many of the same drug addicts were in our high school classes.
During those seven years we grew closer as a family and relied on our faith to give us strength during those dark days. It was during those days that God, who I once thought was just an unreachable Guy in the sky became a real friend to me. I learned He cared about everything we were going through. It was during that period that I thought about Jesus the Man not just the Savior.

It was also during that time that my brother and I would hold nightly Bible studies in our room to fill the emptiness. It was then that I got saved, and began dedicating everything I wrote to my Savior, my Best Friend.   The night before I got saved, my dad had a gun put in his back by one of the drug dealers because my dad had called the cops.  My dad barely escaped with his life. I was so depressed.  I just wanted to go home to God. On that day my friend came over and brought me a new album by a rock group called Stryper. I was 16 at the time. I didn’t care about God then.  I just wanted the pain to end. My friend put on this album to a song called 'From Wrong to Right'.  After listening to the song I dropped to my knees and asked God to save me.  My life changed and so did my family.  My mom got a job and a week later we moved from the area.” 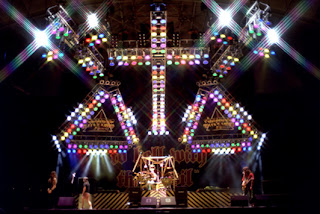 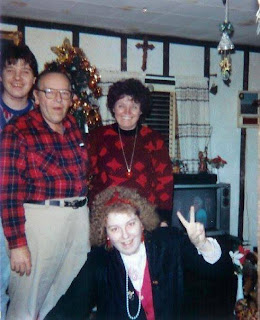 Since those days my family and I have faced many challenges, including losing fourteen members of our small family to cancer including my own father to brain cancer; I lost four babies to miscarriages; I faced many financial hardships and health problems; and many friends turned their backs on me because they could not accept my deep relationship with God.
Why do I tell you all this? Because God has seem me through it all and has made my dream come true with a publishing contract with Tate Publishing. My first book “Sara's Journey” was released in August 2010. 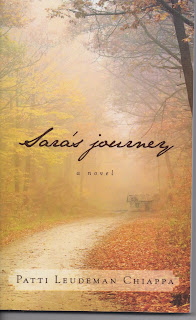 In 2007, after my father died from cancer, I began writing my first novel “Sara’s Journey” to honor my father, who was a great storyteller.   I wrote in longhand with pen and paper and then transcribed it into the computer.  It took me one-year to complete the novel with only one draft.  It took me two years to get it published. 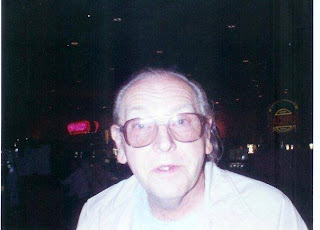 The book was written to inspire the human spirit and touch the soul. It follows a young woman named Sara. She is inspired to be a great dancer. Sara has a strong relationship with God, strong ties to her community of Summervillie Heights, Georgia.  Sara has grace, beauty, and the man of her dreams. Sara's life couldn’t be any more perfect until one crisp autumn night it is tragically ripped away in a horrific fire. With Sara's life in ruins her dream in ashes and a perfect love ripped in two, Sara becomes a recluse, giving up not only on herself and her dream but also on the God that loves her and the community that was once the biggest part of her heart. That is until a man named Turner Thomas mysteriously walks into the lives of the townspeople. . . 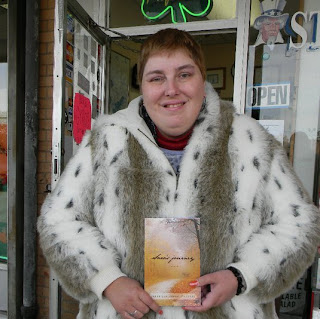 The Sara-character was a little bit based on me. For years I hid my true self from the world because I was afraid that I would not be accepted due to my learning disability.  I was afraid I was not good enough to serve God. It was only by learning how to love myself that I was able to pull my veil off and say, “Here I am world.” 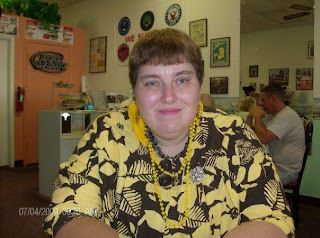 This past January I had a stroke.  While in the hospital being treated for the stroke, they found a tumor on my right femur bone.  I had to have a hip replacement and a femur bone replacement.  As of right now I am not working and getting no disability.  We are relying on God for our needs.  No matter what happens I will always have faith.  And I will always write. 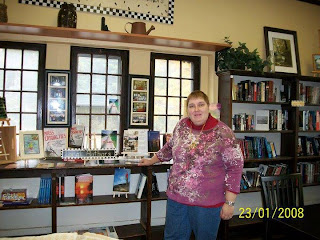 I love to write at the beach, right at sunset, but I usually write in my bedroom, in bed.  The one thing that always inspires me to write is for the love of God, what He has done for me, and His loving message to mankind. 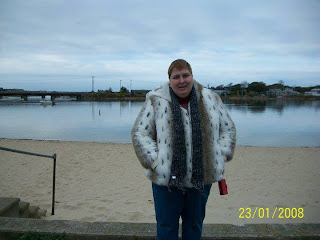 I am a night owl.  I get up in the afternoon, and, due to my pain and health issues, get dressed with the help of a nurse’s aid, and then I write, write, write!  For me, writing is like breathing.  I usually pray before I write asking God what message He wants me to share in the book.  I try to think of the Person I love most in the world, God, and write as though I am writing a love story to Him. 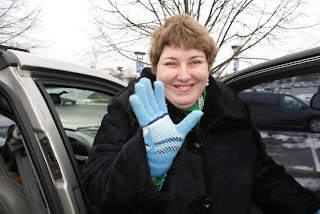 *Contact Chaippa via email at soulbabylondon@gmail.com or write to her at 5138 Village Circle East; Manorville, New York 11949.

Photo 8.
Brian and Patti while living in the drug infested area of Homestead Village.  Copyright by Patricia Leudeman Chaippa.

Photo 17.
Patti at the beach on January 23, 2008.  Copyright by Patricia Leudeman Chaippa.