On June 6, 1997 Henry Francis Hays was executed for the racial murder of Michael Donald . . . 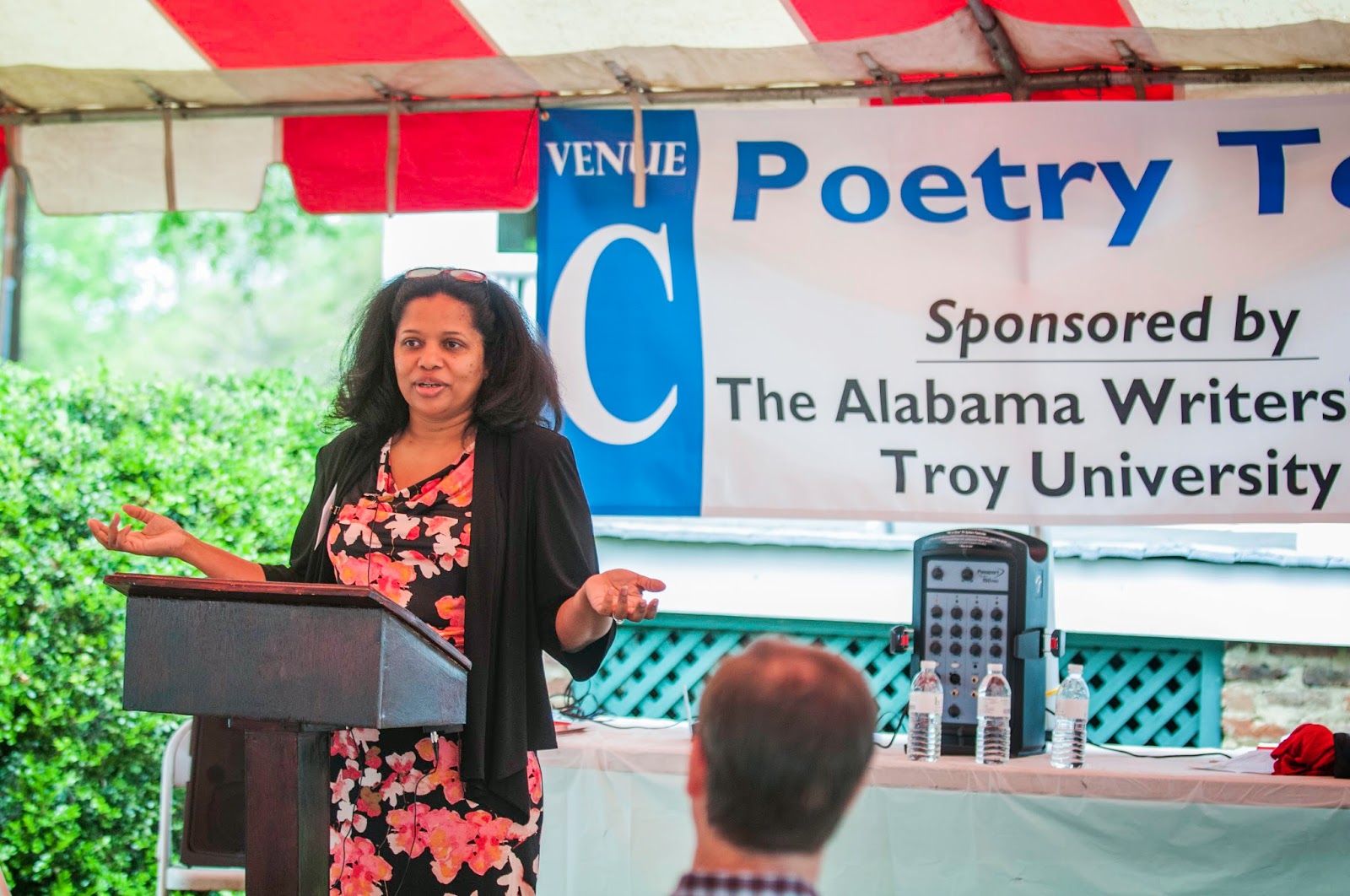 “The Violence of Ordinary Days”

The Violence of Ordinary Days

The state of Alabama will electrocute Henry Francis Hays for beating [Michael Donald] a black man to death 16 years ago, and then hanging his body from a tree. . . . It is a story of contrasts: The murderer, a white man, grew up in a home filled with hate and violence. The victim was reared by a loving mother and doting older siblings.
From Frances Coleman, Mobile Register, 1st June, 1997

When a rabbit, or anything else, bumping along the dark road dies under a wheel, the thrill
is like taking a sharp turn into oncoming traffic, then off a bridge.  Suddenly, I am the rabbit,
scampering across the field; the hind leg of a bull bashes in my head. As I go down
I see a twelve year old boy riding a bike along the street.  A gun falls from his pocket,
discharges loudly.  He picks it up, reloads, continues on his way.  My car continues
in a quick, ungraceful arc off the Edmund Pettus Bridge, where long ago marchers felt
a rage of  clubs and fists, a few dogs for good measure.  Years later a woman stood
on that historic bloody spot calling to a daughter a thousand miles away.  Below her, the river
is filled with bodies, their lips as blue as blue jays.  She slipped across the rails as simply
as the boy slipped more bullets in his gun, and my hand once slipped across  my sister’s open
face for saying, “Bitch.”  I struck her twice, the feel of my palm against her skin, delicious, a
silken purple scarf I feathered across your trusting neck.  I might have killed you then, kicked
you beyond a bloody pulp, hanged your body by the Krispy Kreme; instead, I left you for a
banker, the same day the State put a wayward boy to death.   Sorry, but this is who I am:
a thoughtless woman who never swerves in time to save a rabbit, but drives on along
the darkening road, the sun at her back, the wounded in her wake.

This poem began, as many of my poems begin, as two separate ideas at two separate moments of genesis years apart.
Moment one – I was driving down a dark road one night, and hit (or almost hit) a rabbit which appeared in my headlights.  I was too afraid too look back and see if I had indeed hit it, and I thought living every day is a violent act.  We are  always doing damage to something or someone whether intentionally or accidentally and much of the time we are blithely unaware or unconcerned about or too afraid to look at the violence around us until it affects us.
Moment two – I watched a documentary about the Southern Poverty Law Center and the lynching of Michael Donald.  I was struck by how the young men who killed him could not themselves explain why they had done it except to say they had been consumed by the violence rhetoric to which they had been exposed.

Years later I read the account from which the poem’s epigram comes, noted the violent upbringing of Hays and thought about how violence begets violence.  That it is pervasive, daily and ordinary.  Though Hays becomes famous for the brutality and historical significance of his act, he had lived a history of violence long before any part he played in Michael Donald’s death.
But don’t we all have our own histories of violence?  Isn’t the violence connected?  To what?  A larger, ordinary fabric of violence?
At the time I wrote this poem, I had this idea about living as a violent act.  The first iteration of the poem was actually called “Random Violence.”  I wanted to write a poem of long lines that seemed to merge into each other to enact the notion we live  along a constant string of violence, seen in incidents small and great – hitting creatures in the road way, car accidents, suicide, domestic familial violence, historical acts, emotional violence, and so on. 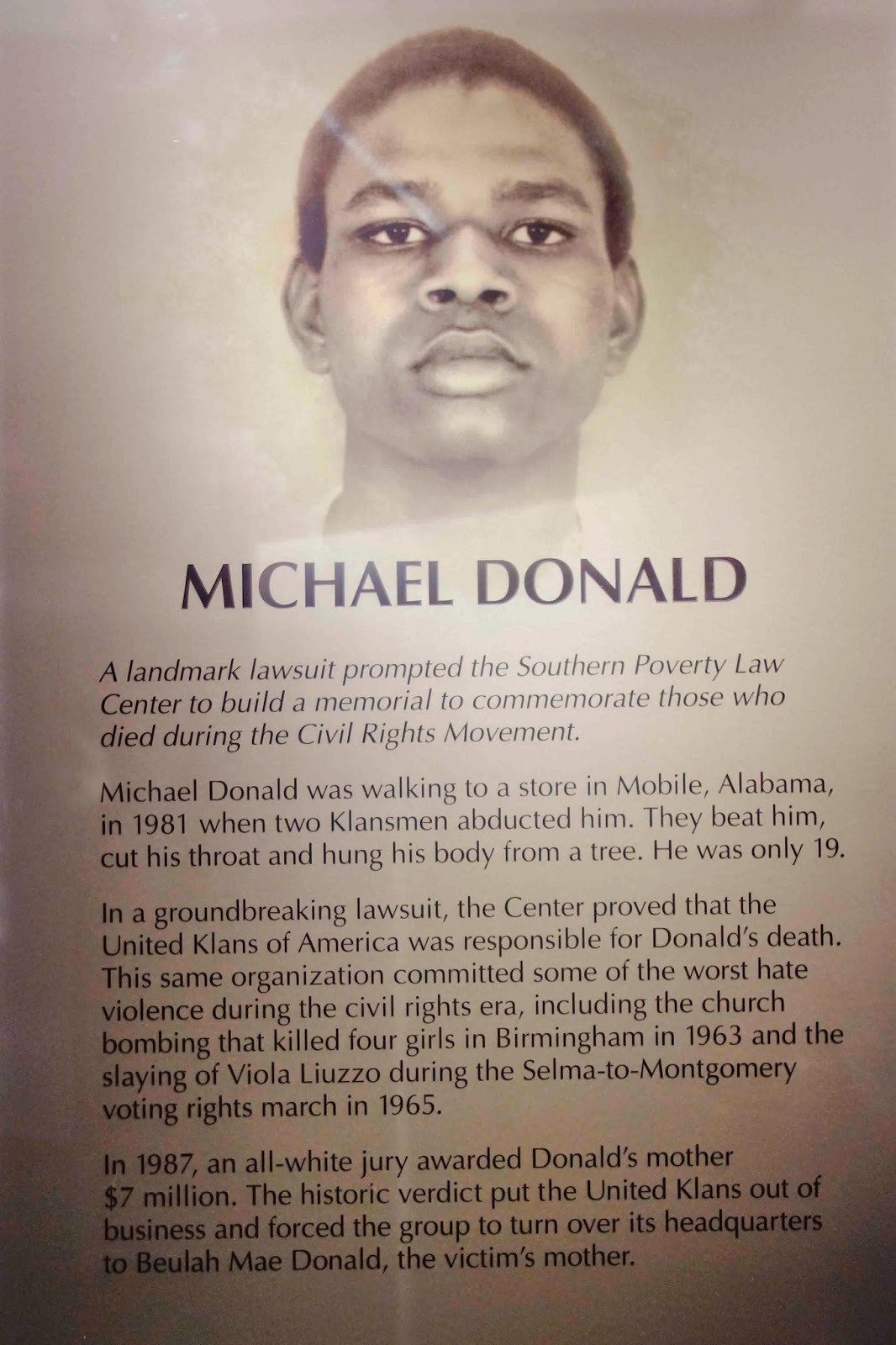 We are surrounded by violence, we are victims of violence, and we perpetuate violence, intentionally and unintentionally.  The rabbit incident I spoke of above was my starting point:

When a rabbit, or anything else, bumping along the dark road dies uynder a wheel, the thrill is like taking a sharp turn into oncoming traffic, then off a bridge.  Suddenly, you are the rabbit,

I had the first part of the line immediately – when a rabbit, or anything else, bumping along the dark road dies under a wheel – but then it occurred to me that this moment would not be scary, that the poem needed to make its own turn as well to get the idea that there is a visceral, emotional payoff to violence, a “thrill,” and a sort of deliciousness that allows to live with it.
Once I made the move, I had the structure of the poem.  Every line would take us on a slightly different path or connection through the thrill, horror and joy of all sorts of violence because though we often shrink from it, we also are fascinated by it.
The repetition in the poem connects the random acts of violence to each other rhetorically, and the emotion which undergirds each act is slightly incongruous with how we want to think of violence.
So, the poem went on like that.  I didn’t want to differentiate among the different types of violence.  I didn’t want to hierarchize them.  I wanted small acts and cataclysmic ones to be all of a piece, thus a random accident is connected to “Bloody Sunday” is connected to a woman committing suicide is connected to the speaker’s slapping her sister is connected to leaving a lover – it’s different and the same.
The initial poem contained no reference to Hays or the twelve-year-old boy and is written in the second person.  But I was not satisfied. 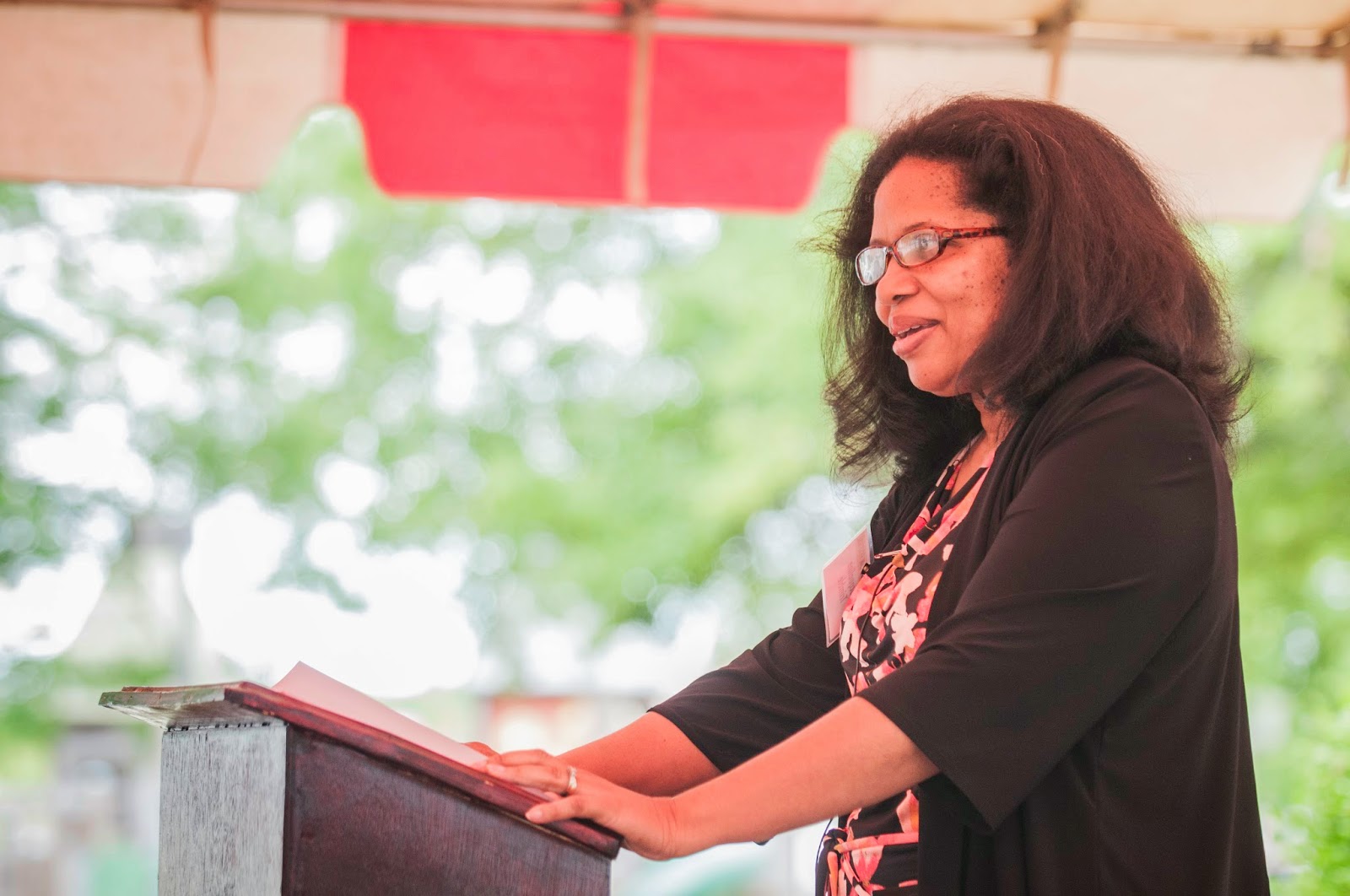 Some poems come to me quickly and feel finished.  Some get put aside for years.  “The Violence of Ordinary Days’ is a poem that got put aside for years, and then I read two articles – one was about Henry Francis Hays and the other was about pervasive and systematic urban violence among preteens and teens.  The articles were not related in any way, but they clicked in my head as being related and as being the missing parts of my poem.
I changed it to the first person.  I wanted the speaker to embody all of those who had intentionally perpetrated violence, those who had experienced the devastation of it in various forms, and those who continue to do it with acceptance that this is “who I am.”
I added the lines about the twelve year old boy – a found piece form the article or urban teen violence that recounts how the writer sees a boy on a bicycle riding down the street drop a gun pick it up and reload as if the child were picking up a dropped bag.  It was disturbing and fascinating that we live in a time when twelve year old children on bicycles carry guns and think nothing of reloading them on a public street.   The juxtaposition of the bicycle and the loaded gun took two ordinary things and made them extraordinary. 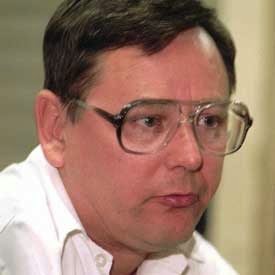 The Hays piece seemed to connect the past to more recent events, and I thought at the same time Hays is being put to death for his violence, a woman is breaking the hear of her lover.  Again, two events connected only in that they share (or could share) the same moment in history.  So  I put the choice that Hays made in the woman’s hands – beat a man to a bloody pulp and hang him by the Krispy Kreme – but had her make a different choice in order to show that the difference between the two acts, though widely divergent in intent and result, are not as distant as we would like to imagine.
In other words, we make violence choices every day, we are all capable of horrendous violence, and yet we comfort ourselves by saying at least I didn’t do a thing as terrible as that.  So, we drive on oblivious to the destruction we leave behind.  We are all, to some extent, predator and prey (bull and rabbit), victim and perpetrator.  And the thing that separates which we are, is not as solid as we imagine. 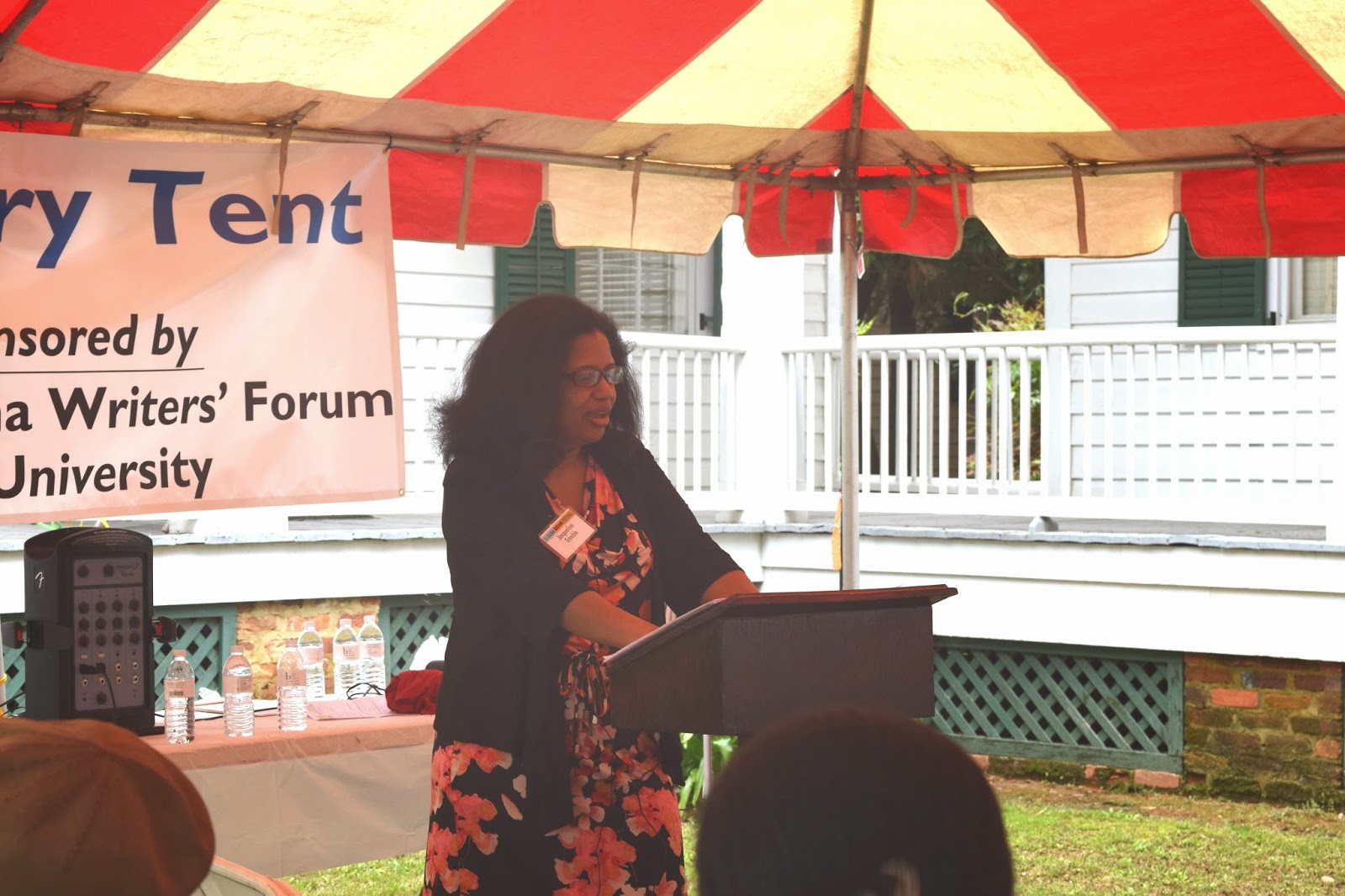 *Poet Jacqueline Trimble teaches literature and chairs the Department of Languages and Literatures at Alabama State University.  She has been reading writing poetry since she was six years old.  Her first poetry book collection American Happiness, published by New South Books, will be released later this year.  For more information contact Trimble via email at jtrimble@alasu.edu, or call 334-229-8501.

Photo 2
Article clip on the death of Michael Donald.

Photo 3
Michael Donald image and summery of his death, Hays’ trial, and Mrs Donald’s lawsuit which she won.
Fair Use Under the United States Copyright Law

Photo 5
Henry Francis Hays.
Fair Use Under the United States Copyright Law.
Posted by Chris Rice Cooper Blog at 8:36 AM