In November 1920 in the Wolverine River of Alpine, Alaska lives married and childless couple Mabel and Jack who have spent the past two years in the harsh terrain of Alaska. 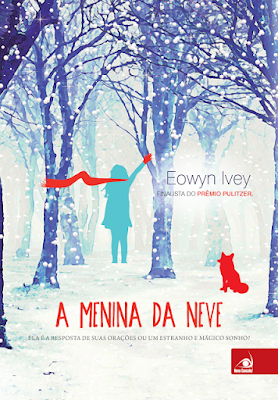 Jack and Mabel, both in their 50s, have been married for over twenty years, both haunted by their childless status and the stillborn baby Mabel birthed in their home state of Pennsylvania.  It is Mabel’s idea to move from their city and comfortable home to Alaska when she sees a handbill advertising for farmers to homestead the Alaskan land along the new train route. 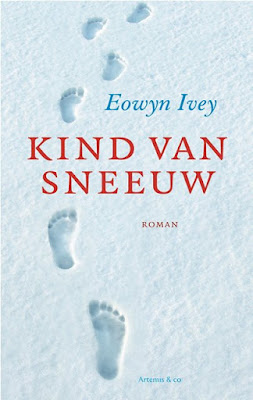 It is not the Swiss-like hills of Alaska that Mabel is seeking; she is trying to escape the empty womb symbolized by the stillborn baby buried in their backyard.
Jack is not seeking a fertile Alaska nor to escape what is buried in their ground but to make his wife smile like she used to.

He thought of Mabel, that small, sad smile and the wince at the inside corners of her eyes that should have made tears but ever did.
Page 21 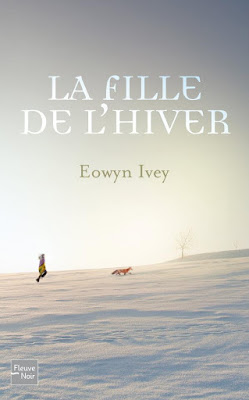 Now the couple is fighting against a harsh and bitter landscape as infertile as Mable’s womb, driving the couple even more apart.  Jack and Mabel are barely making ends meet, surviving on monies from the sale of Mabel’s pies to the local hotel restaurant, the sale of Jack’s portion of the family farm back to the family, and Jack’s small harvest of potatoes and carrots. 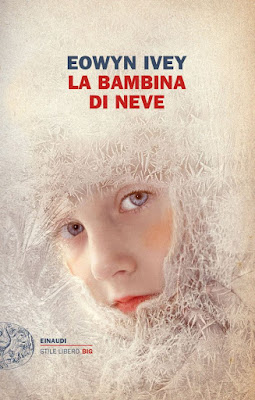 When the first snowfall of the season blankets the Alaska landscape, Jack and Mabel experience something they hadn’t experience since they moved to Alaska – a revival of romantic love the couple express to one another by building a snow child out of the freshly fallen snow, birch branches, yellow grass, and frozen wild cranberries.  Mabel clothes the snow child in red mittens and a red scarf her sister Ada stitched.   After the couple completes their creation they go into their bedroom and make love. 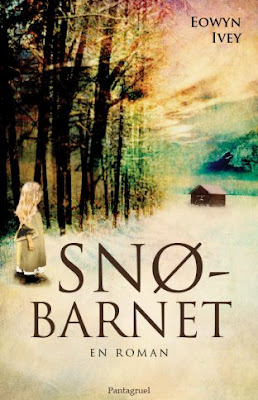 The very next day Jack sees her first – just a little girl wearing the same red mittens and scarf dancing through the Alaskan forest with her red wolf as her only companion.   He then notices the missing snow child he and his wife had created the night before has melted, the red scarf and mittens missing, and only child-like footprints visible, leading from the melted snow-child to the forest where he had spotted the girl only minutes before.  The next day Mabel encounters the mysterious girl.

The girl was crouched, her back to Mabel, white-blonde hair fanned down her blue wool coat.  Wondering if she should call out, Mabel cleared her throat, and the sound startled the child.
Page 56 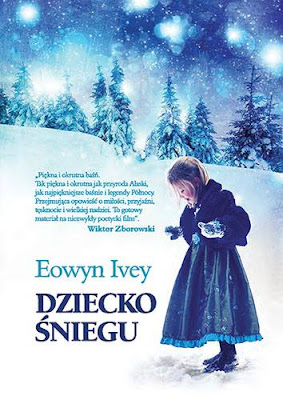 Jack looks for the little girl only to have the girl find Jack first, not to reveal the mystery of who she is, but to lead him to a large moose that guarantees he and Mabel enough food to last until their crop comes in the next spring.

But it was something about the child, too.  Without her, he never would have seen the moose.  She led him here and alerted him when, like a clod, he had passed by the animal.  She moved through the forest with the grace of a wild creature.  She knew the snow, and it carried her gently.  She knew the spruce trees, how to slip among their limbs, and she knew the animals, the fox and ermine, the moose and songbirds.  She knew this land by heart.
Page 65 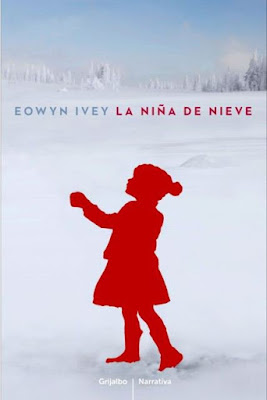 Jack leaves the girl presents on a big tree stump – sourdough biscuits, peppermint candy, Mable’s pies, and a store bought blonde and blue-eyed porcelain doll.
The snow girl leaves Jack and Mabel her own gifts for them:  Birch bark basket full of frozen blueberries, a white erice pelty, arctic craylie cleaned and ready to cook, and a dead snowshoe hare. 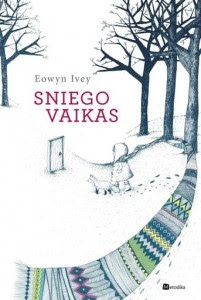 Mabel is convinced the girl is magic – similar to the Russia fairy tale Segurochka or The Snow Maiden her father, a literature professor, would read to her and her sister Ada as children.  Mable writes to her sister asking her to mail the book to her.  When Mabel receives the letter and book from her sister she is convinced that the Russian fairy tale is now reality and tries everything in her power to give the snow girl a happier ending – so different from the Russian fairytale.
Jack is far more the realist – he believes she is a messanger of some sort.

Jack was certain her visits were driven by more than curiosity or huger.  It was something akin to sorrow or weariness like a bruise in the skin beneath her eyes.
Page 103 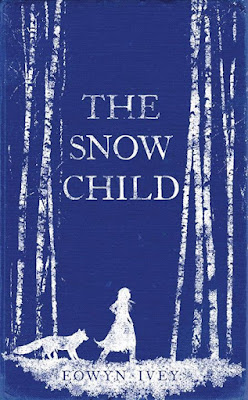 Then something happens to Jack and his only hope of recovery is rest, Laudanum, moonshine, and much needed help from the Benson Family, their closest neighbors who live downriver in town.  Mother Ester and her son Garrett come to help and make what was thought to be dead alive again. 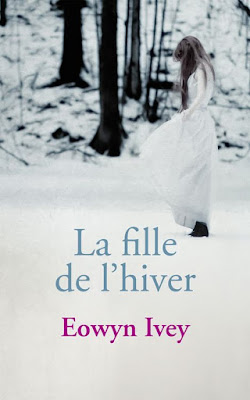 Six years later Garrett is on his own quest – wanting to be a hunter rather than follow his farmer father’s footsteps.  When Garret and the snow girl encounter each other in the deep Alaska wilderness, another love story is born, and the mystery of the snow girl is revealed, only to leave behind a brand new mystery that grows with each passing snowfall
Posted by Chris Rice Cooper Blog at 8:21 AM