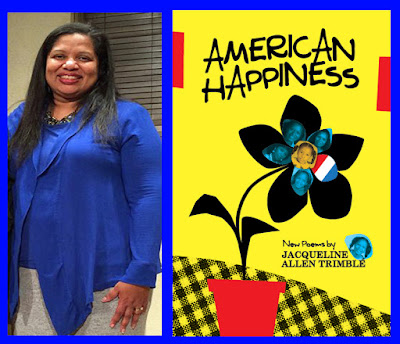 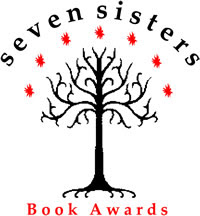 Trimble lives with her husband Joseph ((https://www.facebook.com/jacqueline.trimble.58?hc_ref=SEARCH&fref=nf) who she dedicates American Happiness to), their two sons, and one daughter in Montgomery, Alabama, where she is an associate professor of English and chairs the Department of Languages and Literatures at Alabama State University (http://www.alasu.edu/index.aspx).

Trimble, a Cave Canem Fellow (https://cavecanempoets.org), was recently awarded a Key West Literary Seminar Teacher and Librarian Scholarship (http://www.kwls.org/news-updates/2017-teacher-librarian/) and is the recipient of a 2017 literary arts fellowship from the Alabama State Council on the Arts (http://arts.state.al.us). 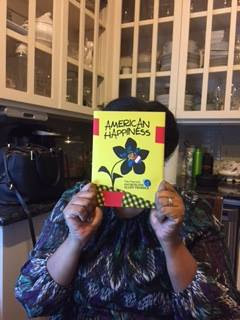 Trimble in the preface to American Happiness pays tribute to her mother, Erna Dungee Allen.
“When I was four days old, I was adopted by Cleola and James Allen.  When I was four, my adoptive mother, Cleola died.  My father married Erna Dungee when I was around five.  A month before my seventh birthday, my father, James Franklin Allen, died suddenly of a heart attack, so my stepmother, Erna Dungee Allen raised me and officially adopted me again, though legally she did not have to.” 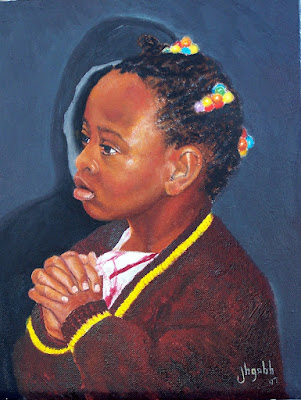 Trimble never viewed Erna Dungee Allen as her stepmother but a mother who loved her like any mother would love her own flesh and blood. 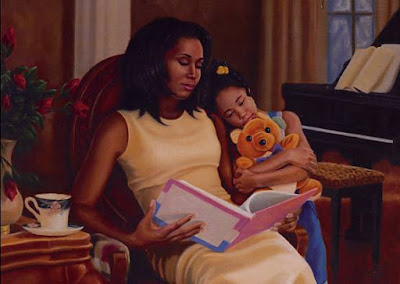 Her mother taught her many lessons from her own life one of which was to stand up for what is right which she did as a foot soldier for the Civil Rights movement. 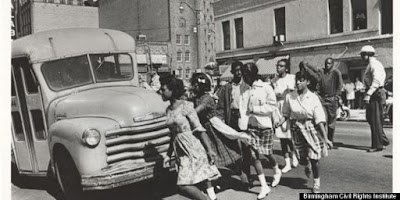 And to never give up on finding that true love, which is expressed in the poem “Cinderella Finds Happiness With Her Third Husband.” 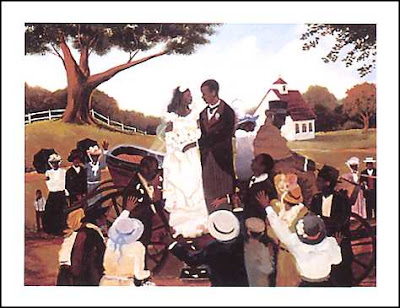 She also instilled a sense of healthy power and black pride in her child – Trimble became the only black child to attend Davis Elementary School her first year. 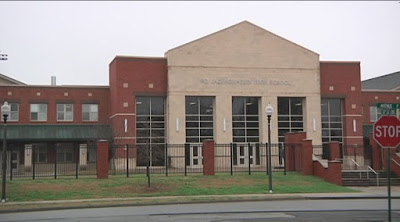 Perhaps the greatest lesson her mother taught her was the power of poetry.  Erna’s mother recited poetry to her and she passed on the tradition to her own daughter.  And she taught her daughter poetry in action when she had her daughter dress as a ghost for the local Fall Festival where her mother read palms:

There I was.  The only little black child in the whole school wandering the halls of the festival in a sheet with a pointed pillow case hat in which my mother had cut two little eyeholes.  It was years before I understood why my mother laughed and laughed and took so many pictures of me in my white sheet that night.  Even then she was teaching me the power of pleasure of ironic juxtaposition – a lesson that continues to inform my sense of humor as well as my poetry. 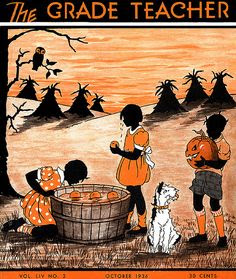 In the poem “The Klan Panhandles For Donations At The Intersection Of Court Street And The Southern Bypass” Trimble exemplifies her mother’s humor without diminishing her mother’s horror of those white sheets:

Above the Southern Bypass, the Ku Klux Klan
rose, a chimera of white as white as my mother’s
sheets, swaying, even then, on the other side of
town. 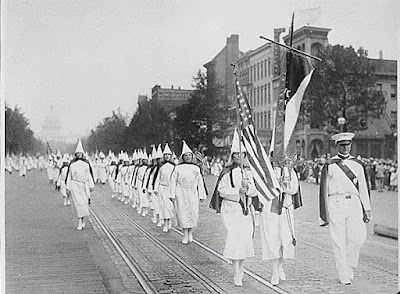 The KKK marching on Pennsylvania Avenue in Washington D.C.  1928

Then give her my note.
Perhaps something in iambic pentameter.
Better yet, heroic couplets:
Please give me all the money in your till,
So no one in this bank I’ll have to kill.

Even though her mother is not specifically mentioned in “How A Woman Carves Poetry of Her Bones” it validates her mother’s view of poetry and how it could change lives for the good; but unfortunately there are those who will ignore its powerful and good qualities, and utilize it for evil. 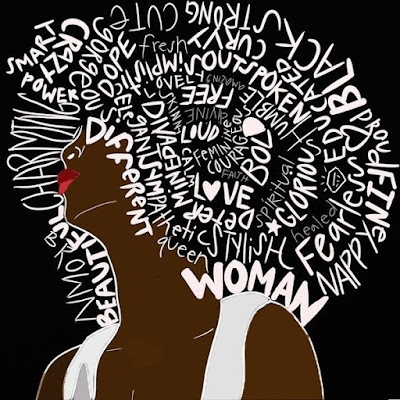 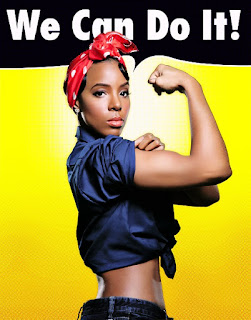 Other lessons Erna taught her daughter can be found in the poem “A Woman Explains The World To Her Children.”
Her daughter is not superior or inferior to any other human being (The world does not owe you/ indigo,the quiet charm/ of purple love) 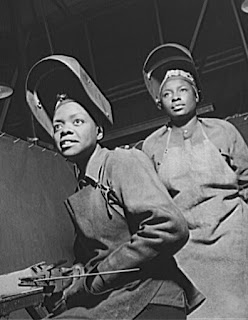 She will not teach her daughter to eat, but how to grow her own food:  (Mama will not fall/ to fill your anxious belly.)
She taught her daughter that it was up to her to make her own dreams come true and not the stars she wished upon:  (No matter how many stars/ you wish on, those distant suns/ flamed out long ago.) 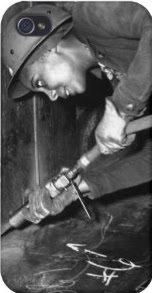 She taught her daughter to respect the goodness of the individuals who came before her and to appreciate what they did in order to provide her with a better way of life:  (Your comfort is built/ on someone’s broken back.)
She taught her daughter the importance of good hard work and the attitude in which to do that good hard work:  (Pick up your implement/ and move on down that row. / Go on and sing while you’re at it./  Might as well.)
“Everybody in America Hate the South” is a contradiction at best – not in fact, but in mood.  It starts out as a serous poem but then is followed by sarcastic humor, while at the same time neither diminishing or overstating the other.
In the first stanza the speaker of the poem boldly states the South’s history of depraved violence

That land filled to the rafters
with ghosts of lynched boys and attics full
of souvenirs – dried ears, fingers, genitalia
like prunes – 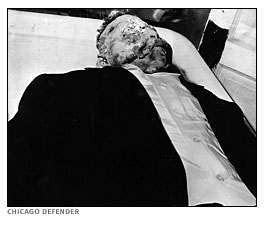 The body of Emmitt Till which his mother insisted be visible to all so that no one would ever forget the atrocity that was done to him.

The speaker of the poem describes Mammy and Miss Scarlett from Gone With The Wind and this description has nothing to do with the novel by Margaret Mitchell or the film by David Selznick:  (of Miss Scarlett calling for Mammy who/ has now grown some dreadlocks and owns/ the chicken restaurant on the boulevard.)

“The closest comment I remember my mother saying about something akin to Gone With the Wind was when I came home from sixth grade history class and my teacher Coach Edwards had made some comment about how kind and benevolent slaveholders were to slaves, parroting the pervasive position of the time.  My mother said, "You go tell him that that is not how it was.  Slaves often didn't have enough to eat, were often want of proper clothing, and were treated like animals." 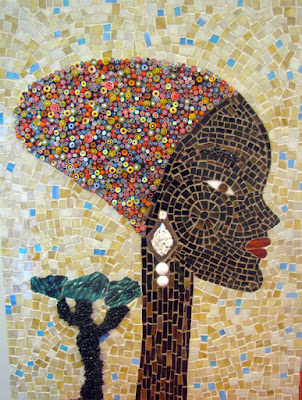 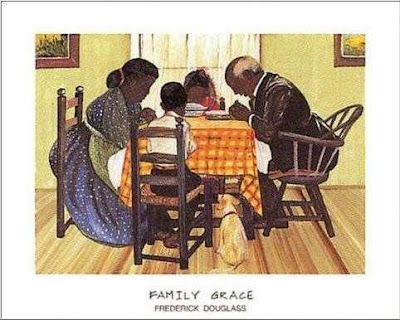 In “Family Photograph:  A Conjugation” the speaker of the poem writes about her last Christmas she shared with her mother. 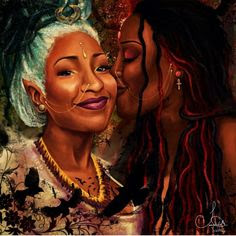 I hiss at the moon and pray for sight:
Wondrous and mystic light,
embrace my soul,
inflame my vacant eye. 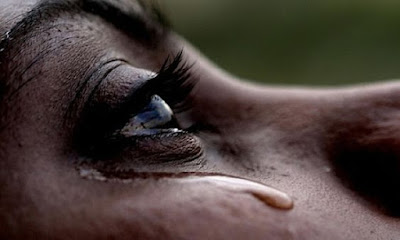 In “The Day After Her Mother Died” the speaker of the poem misses her mother so much that everything she sees, even the yellow in the eggs reminds her of the color of the dress she wore when her mother took her to a recital in the park. 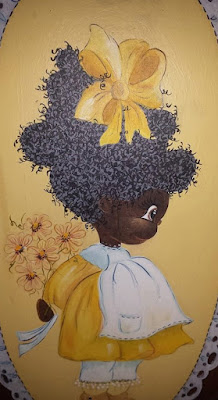 At the end of the poem, the speaker of the poem yearns to be held by her mother, only to lie in bed “sweating/ afraid of the silence in the next room?”
The mourning of her mother’s death continues in the poem “Things That Are Lost.”

If objects remain in motion
until some force stops them
what force stops our memory of the dead?
Even in spirit her mother is still teaching Trimble lessons in life; one of which is to always value herself even when others do not.
That lesson is expressed in the poem In “Did Jean Paul Sartre Ever Ask Simone De Beauvoir To Go To The Winn-Dixie?” where the speaker of the poem measures her value as a woman to that of a man, and reveals a feminine power necessary for all women to heal and to feel whole: 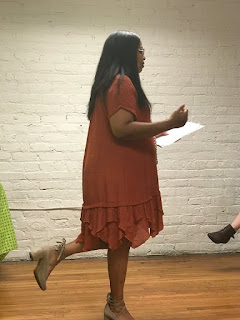 It is in this pride of being a poet, woman, African American that the speaker of the poem finds her thriving voice and will always emerge like a lady (line from the poem “Did Jean Paul Sartre Ever Ask Simone De Beauvoir To Go To The Winn-Dixie?”)

Posted by Chris Rice Cooper Blog at 9:34 AM