“The Scarred Woman Walked Here Once”
in The Mad Farmer’s Wife
by Rita Sims Quillen
http://www.ritasimsquillen.com 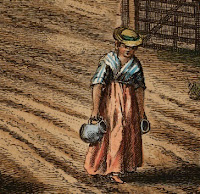 You cannot call it healing
just scarring.
A woman walked here once. 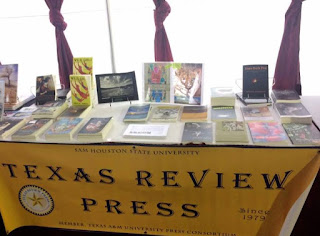 The life of The Mad Farmer’s Wife by Rita Sims Quillen (Texas Review Press (http://www.texas
review
press.org)  is one of loneliness, isolation, depression, invalidation; until the very end, where she finds triumph. 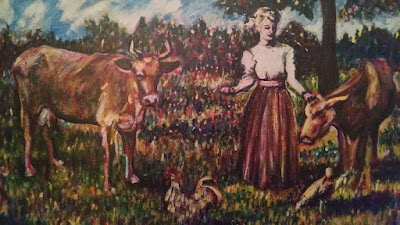 The Mad Farmer’s Wife (MFW) is lonely and feels useless in this world of farming – where most of the day the only things she has to keep her company are herself; animals; landscape; her children (whenever they are around); crops; and the Mad Farmer (MF), her husband. 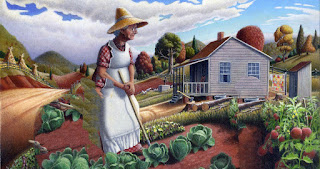 Herself
Numerous lines from the first poem of this collection “Traveling Through” describe the state of the MFW’s mind and spirit.

Nothing is enough, there is no good enough 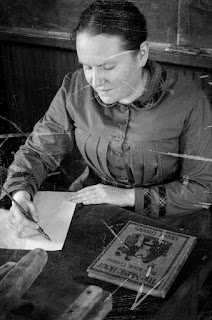 The MFW finds parts of herself to keep her company but the writer in her fails to meet her expectations.

There is nothing here she can save
even with her pen.

Words are no help on a farm.
How sad to be good at something unnecessary.

excerpt, “A Woman Born To Farming” 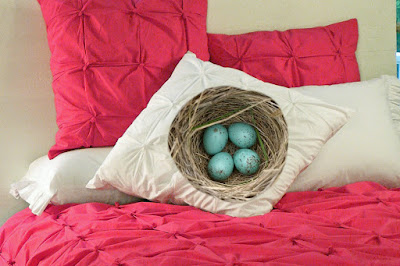 Animals
In the “Chimney Sweep Mother” the MFW and a bird’s mother have something in common –living children without access to them.

Each year
she nests in my daughter’s bedroom.
Each year, more cruel than nature,
I carry the nest away. 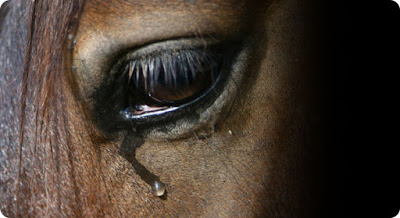 In “The Mad Farmer’s Wife Delivers the Foal’ the MFW identifies with the mare who delivers the stillborn foal – because both have lost their children – the mare to death the MFW to distance.

It is the turning I remember
She only raised her head again, stared
at what could never be
then looked away. 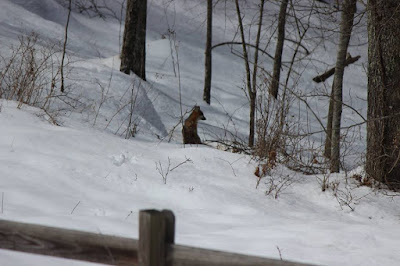 In “The Grey Fox” the MFW comes face to face with a part of herself that cannot be denied – that of the wounded animal caught between two worlds.


limping along the fence inside the yard,
the artificial boundary between
the world and the wild. 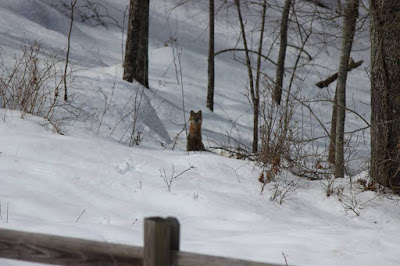 The climax of the poem is the silent but profound,  spiritual commun-

ication the MFW and the gray fox participate in. 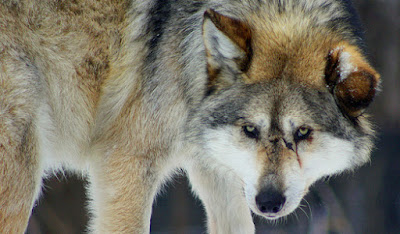 The gray fox has chosen the MFW to be his witness of his own violent death.

already a ghost,
my memory his only heir
before coyotes delivered his fate.

The MFW recognizes the serious responsibility of being an heir to a magnificent being, and as a result she is now full of purpose and meaning.

What an honor to be sought
by what’s broken
to be called to testify
for one on trial for his life. 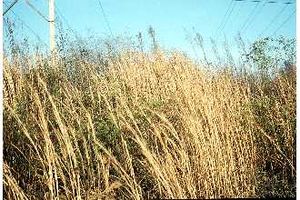 Landscape
In “What’s Important In A Graveside Photo -1989” the MFW describes the landscape as barren, full of broom sedge, and “deadly thistles/ that smelled like judgment.” 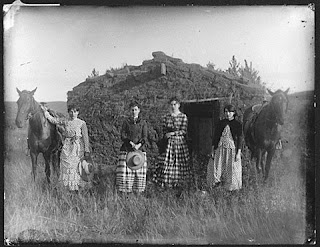 In “Four Women in Front of a Sod House” she describes the landscape “where wind doesn’t condemn” and where “clouds can’t scold.”
In “I Woke Up Late” the landscape (rises/ and falls like a heartbeat across the pasture.) 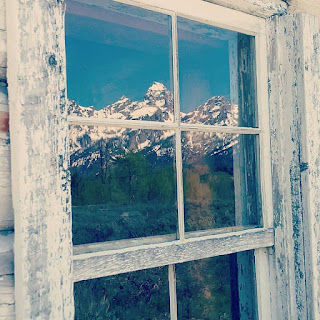 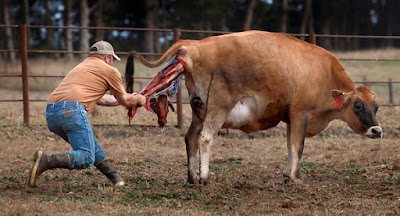 The Mad Farmer
In “Calving” she describes the bloody wrestling match that the humorous MF and cow, who is giving birth, participate in.

The Mad Farmer untied the cow
then did a quick sidestep like Fred Astaire
when she tried her best to kill him. 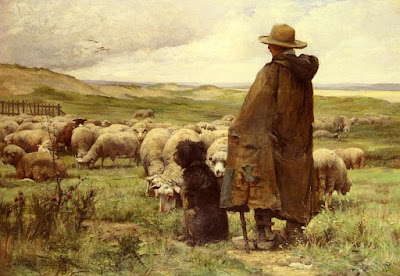 In “He Tells Her A Love Poem” the MFW tries to understand her husband but cannot which leads to resentment and anger.

You are the why
in every sore muscle and bloody blister
the root of every tangle
every strike of an ax
every shovel full of dirt
turned in search of the key
to your heart’s puzzle. 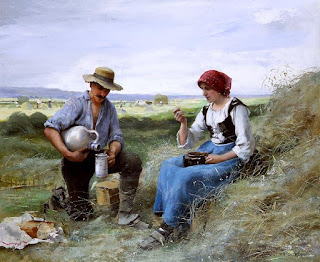 In “The Mad Farmer Dances” the MFW recognizes the sacrifices her husband has made on her behalf and his willingness to die for her but it still is not enough "not the same as saying she’s happy." 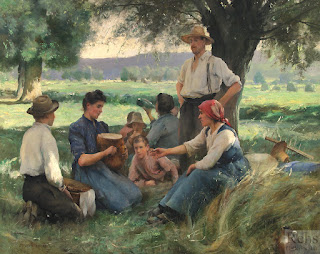 Children
In “When the Children Come Home” the MFW and the MF can never fully celebrate their homecoming:

we don’t kill the fated calf
but we do cook both ham and turkey,
casseroles and pies and fruit,
table groaning under the sacrament
borne of blood and absence
every visit prodigal in its intensity
but not really:
Because they aren’t staying. 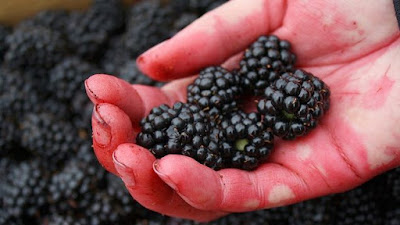 Crops
In “A Woman Born To Farming” the MFW has a bounty of fruit; but even this bounty makes her feel void.

She gathers raspberries and blackberries,
the stains’ temporary tattoo
her only recognition for her work. 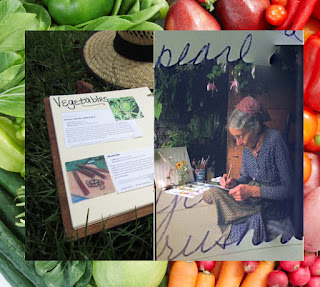 The poem “A Poet’s Vegetable Epiphany” is the Mad Farmer’s Wife’s validation as a poet:  she  sees the crops as part of a poem and herself as the poet; thus her sanity and peace are reclaimed.

as if the garden was created by a poet
someone who knew
we need things to gather and eat
the juice dripping off our pens. 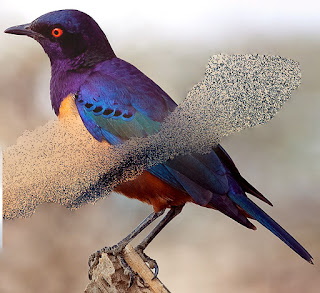 In “The Mad Farmer Dances” the MFW finds stability and refuge in her memory:

No, what holds her is memory
that blows by
like the starlings in the summer’s quiet,
quick and brief but color so vivid: 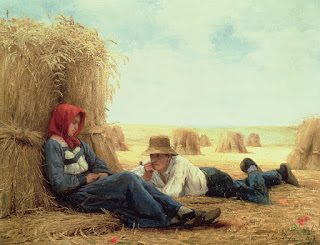 The last poem “October Dusk” the MFW views her husband not as someone who is embittered, wasting time, or one who has lost his competence – but her equal lover and co-inheritor of the earth:

He sits quietly by me
memories of the day’s work
swift moving color shared
like fall leaves in the yard.

The potatoes from the garden
lie scattered in the grass.
Tomorrow we will sort them
and store them for winter.

His hand rests on my neck
as he slowly stands.
He offers the other dirty hand
to help me up.

Our eyes meet in the fading light
We go inside
surrendering to night-
the smell of earth still strong.
Posted by Chris Rice Cooper Blog at 4:35 PM