*The images in this specific piece are granted copyright:  Public Domain, GNU Free Documentation Licenses, and Fair Use Under The United States Copyright Law.

*** The CRC Blog welcomes submissions from all writers covering all subjects.   If interested please contact the CRC Blog via email at caccoop@aol.com or personal Facebook messaging at https://www.facebook.com/car.cooper.7

"The Much Needed Political Laugh" 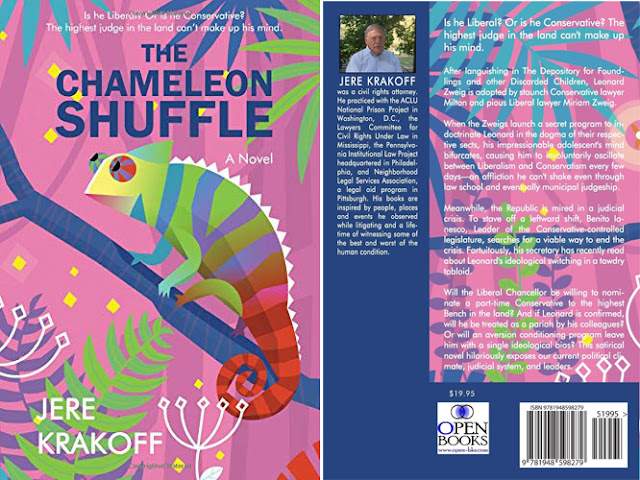 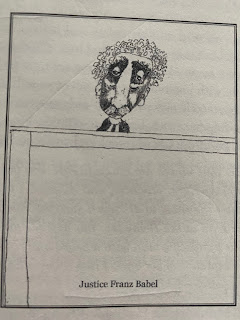 In The Chameleon Shuffle writer Jere Krakoff introduces the reader to Leonard Zweig, the illegitimate and unwanted child of the legendary Conservative Justice Franz Babel and the trapeze artist Isabella Apostate.  Isabella christens her son Tito after her deceased father.

Isabella tries to take care of Tito in the environment of the traveling circus.  While performing her duties at the traveling circus she has Tito watched by the circus’s bearded lady.  The bearded lady recognizes that Tito is needing more than what she or Isabella can provide and advises Isabella to leave Tito at The Depository of Foundlings and Other Discarded Children, in what both think will be a loving environment for Tito. 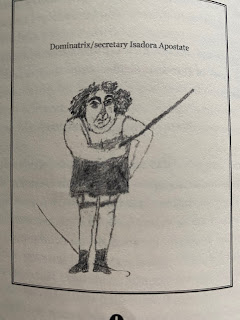 In fact, The Depository Of Foundlings and Other Discarded Children is an environment of everything bad: abuse; overcrowding; unsanitary conditions; starvation; absent of any love or kindness; and the stripping away of individuality. 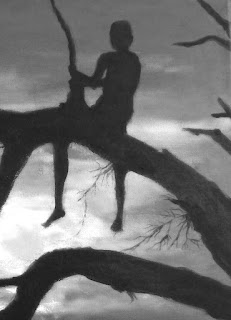 Inmate Number 988 knows he’s unwanted, but is clever enough to find a way to escape the rejection by performing the same dance moves his biological mother performed and with trees as the stage and as the sounding board.  Anytime the young boy feels anything negativity he goes to the nearby trees where he is able to find comfort and solace.  This escape to trees continues throughout his entire life. (The Child In The Tree.  Credit and Copyright by Christal Ann Rice Cooper) 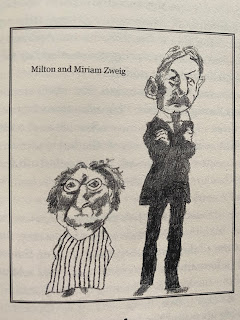 Inmate Number 988 also finds solace in another inmate named Zane as well as in books, which he checks out at the orphanage’s library.

Finally, at the age of 12, Inmate Number 988 is adopted by a married couple, staunch and aggressive conservative Milton Zweig and disciplined liberal Miriam Zweig.  The goal of Milton and Miriam is not to adopt and nurture a child but to create a political animal after their own political agendas. 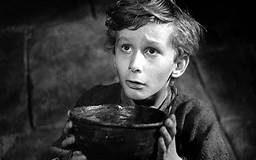 He is christened Leonard Zweig but perhaps should have been named Oliver Twist, after Charles Dickens’s character and book title.  His parents constantly remind Leonard of their great sacrifice in adopting him and that he owes them his allegiance, especially when it comes to politics.  Each parent recruiting Leonard to his or her political agenda, pressuring him to convert to his/her way of thinking without letting the other parent know.  (Left: John Howard Davies in the 1948 film Oliver Twist) 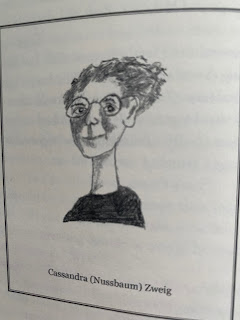 This only makes Leonard more conflicted and once again he turns to trees.  And fortunately, he finds two comrades – two friends who give him all the nurturing he had missed thus far:  Jewish Liberal Cassandra Nussbaum and Leonard’s best friend and law clerk Segundo Astigmatopolous.

But will his two friends and his trees be enough of an escape for him to overcome a politically self-indulgent couple? 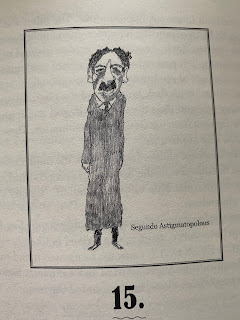 Will these escapes be enough for Leonard to look in the mirror and decide what his own political ideology is- even if it has not been officially recognized?

Open Books published The Chameleon Shuffle in 2019 during a time of political, religious, and racial division.  It also is a book of satire that not only hits the nail right on the hand but makes the reader laugh at the irony of it all.

And sometimes, particularly in these American days we face, we could always use a good laugh. 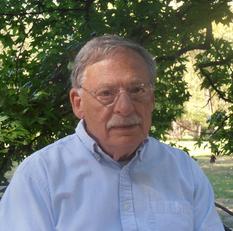 Prior to writing satirical novels, Jere Krakoff was a civil rights attorney.  He practiced with the ACLU National Prison Project in Washington, D.C., the Lawyers Committee for Civil Rights Under Law in Mississippi, the Pennsylvania Institutional Law Project headquartered in Philadelphia, and Neighborhood Legal Services Association, a legal aid program in Pittsburgh. 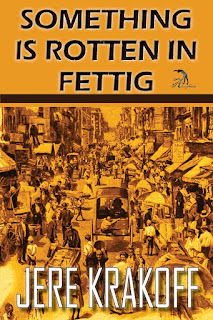 His first book, Something Is Rotten in Fettig (Anaphora), lampooned the criminal justice system of a fictitious Republic. 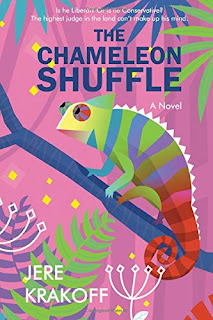 His second, The Chameleon Shuffle (Open Books), cast a critical eye on the same Republic’s High Court.  Both novels were inspired by people, places, and events he observed while litigating and a lifetime of witnessing some of the best and worst of the human condition.

Posted by Chris Rice Cooper Blog at 8:50 AM