IN MEMORIAM FOR MICHAEL JACKSON 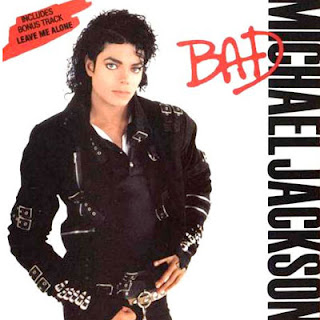 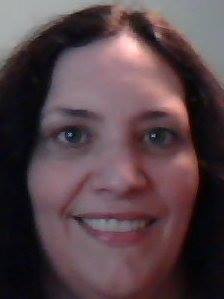 Jill Delbridge is the founder/group owner of THE ARTIST LOUNGE, a multi cultural eclectic group of artists spreading love, encouragement, support, and promoting of each other’s poetry, music, and literature in all genres.
She also hosts a live/recorded weekly radio show every Sunday night via phone/pc with live performances, networking, interviews, book reviews, and talk of the arts in all forms, in which everyone is welcomed.

”My first memory of Michael Jackson was seeing him on TV.   His aura was of love, magical, dancing, and an angelic voice.
I was at home with my family when I learned of Michael's untimely death listening to the news.  Teardrops fell and my heart raced as I prayed for the best.  When I heard the reports of him being unconscious upon his arrival at the hospital then finally his demise, I felt frozen, angry, and extremely grief stricken as though I lost a family member!
Michael Jackson, in my humble opinion, was and will forever be a messenger of love through his legacy of artistry.
He was a peacemaker bringing folks together through his massive God-given talent, a gentile childlike presence though he grew into a wonderful man.  His aura was of innocence, tranquil, inviting, mesmerizing, and genuine flowing endless unconditional love for one and all regardless of their race, culture, creed, beliefs, or lack their of.
He traveled the world spreading an abundance of joy, peace, and love, giving of himself completely and effortlessly, commanding peace, respect for humankind and nature, and unity for everyone through his artistry and giving of himself visiting and contributing to countless charities and causes.
I feel as though Michael was taken for granted, used, too many yes people, from abusing his trust and abysmal love.
He was tortured by the press, the stress, the trying to fit in, the pressures, and the insecurities.  His words:  “By the time I was a teenager I was a veteran.”
Persons entrusted to care for and maintain his physical and mental health failed him over, medicated and emaciated him, which lead to his fatality!
He sang soothing words of love, hope, humanity, unity, promise, and feel good words soothing and entertaining his fans.
Who was there truly for him bestowing unconditional love? Certainly he had to know his impact and feel the second hand love from his fans, friends, and family.
He pleased his parents, worked with his siblings, seeking everyone in his life, including his fans, happiness over his own.  Denied a childhood he created one in his home, assisting, supporting, and caring for needy and terminal children.
But, no one gave him one on one unconditional love!  He yearned to be loved and accepted not as Michael Jackson King of Pop but, Michael the sun, brother, uncle, father, cousin, fellow human being, and, most certainly, a man.
Being an artist is extremely lonely.  Artists are loners seeking love and acceptance through their gift, releasing their inhibitions, an unquenchable need for love, always giving but, rarely receiving or taking, sheltered, living behind gates, constantly in demand, no freedom as he cried for in "Leave me Alone".   He did what he did because he truly loved it, he was masterfully talented, and passion unleashed which was felt through his song and dance.
I felt Michael’s love and his has immensely inspired and mused me as an artist and writer.
The impact Michael made is a legacy of love, which will be felt forever! May he Rest in Peace and live in our hearts until the end of time.

You Are Not Alone Michael
by Jill Delbridge

I Rocked with you!
"She's out of my Life"
...Helped me deal
With personal loss and strife
Michael,
I read between the lines
Of your songs ....
"Come Together"
"We are The World"
"Human Nature"
"They Don't Care about Us"
"I Can't Help It"
"Heal the World"
"Keep the Faith"
"Another Part of You"
Just to name a few

Your need
For Love and acceptance
Rang true

Giving somuch Love and of your self
As , you declared "I'll be there "
Yes you were !

I looked beyond
"Man In The Mirror"
I saw the beauty that
lies within
“You give me butterflies.”

You made a the World
A better place for you and me....

No longer a need to bellow
"Leave Me Alone"!
There my Brother
"You are Not Alone"
It does not matter if you are
"Black or White"
I Pray to greet you
When I return Home
You will live Forever
Through your gift of song 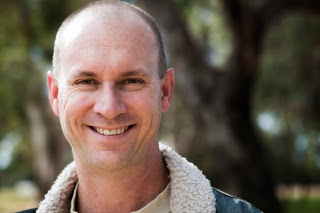 SP[Australia]) and a qualified, unordained Christian minister (GradDipBib&Min). His blogs are at: http://epitemnein-epitomic.blogspot.com/ and http://inspiringbetterlife.blogspot.com/ and http://tribework.blogspot.com/. He ministers via Twitter and Facebook - http://www.facebook.com/steve.j.wickham. Steve welcomes likeminded friends.
“My first memory of Michael Jackson was as a high school student grooving to Beat It, Thriller etc. Thriller was my favourite, though I love Earth Song and the wisdom he had regarding his care of planet earth.
I was inspired to write about THIS IS IT because it moves us to change and shows us just how special Michael was - and IS - as he lives through our memories. I believe God blessed us with Michael.
Where was I when he died... at home... and forlorn….”

THIS IS IT!
“What have we done to the world?
Look what we've done
What about all the peace
That you pledge your only son...”
-Michael Jackson, Earth Song.

This is hallowed turf we stand on. Michael Jackson should not be dead. On June 25, 2009 the world, and certainly Michael's millions of fans, came to feel his pain, cataclysmically, yet for the last time. The journey of his astoundingly enigmatic life ended; a person of unusually deep emotion reconciled, finally.”
THIS IS IT (2009), the final curtain call as recorded during rehearsals for Michael's fifty London shows, is an inspiringly reverential and breathtaking behind-the-scenes production--a treat for all humanity, not simply for the MJ tragic. It's the way we want to remember this modern-day icon, the King of Pop.
As a Christian it is hard for me to stomach references that Michael Jackson (MJ) came close to being considered a deity; nevertheless, his steeped presence in this 'curtain call' exposé is something to behold. "Unique," as a word, seems so understated and therefore unfitting for MJ--as an artist and as a person. The incredibly talented artists working with him revered him with god-like awe. One just feels for these artists who make it to the halcyon in one leap, performing with MJ.
What about the artist--Michael Jackson? What could someone take from THIS IS IT, having not been around him previously? He is genius on a whole separate level to common humanity as far as genius is concerned. His artistic thought revealed other seasoned geniuses as confused deer in the headlights-he felt things so purely. He pushed the boundaries, always. To call MJ a "professional" would be a common, blatant insult. He was on another plane altogether.
"Lights out
Let it burn"
-Michael Jackson, concluding Beat It.

What about the person--Michael Jackson--spokesperson for the health of planet earth? This speaks to his love...
It would not be fitting to conclude a shutter-speed exposé on Michael Jackson without burrowing into his purity at a human level. Paradoxically harangued like a criminal since at least 1993, his felt love would be hard for almost anyone to attain. And one feels the thin blue line between a world of love and a world of pain was frequently breached and blurred, for love and pain are such close kin--the kaleidoscope of emotive experience in one concept. He must have felt it all.
As he would say, and now we say back to him, 'God bless you.”  God bless you.
© S. J. Wickham, 2009.

He came to our worlds lighted and hot,
pressing delight and hot to trot,
worthy esteem we could but give,
some it seems disparagingly grieve.
Leaving us then, sad but true,
why now, why ever, only God knew,
leaving a hole, one that grew,
we now sit obliged giving him due.
Alive we stand for this time we do,
cherishing the wonder and how life’s new,
willing we are astride the queue,
he lives in our memory forever askew.
Finally, paraded, he will not give,
apart this world without to live,
for us to recoil we do but know,
he pushes us off inspired to go.
Posted by Chris Rice Cooper Blog at 1:45 PM