Poet Wayne Lanter: Memory And Men Explored In Lanter's "In This House Of Men" 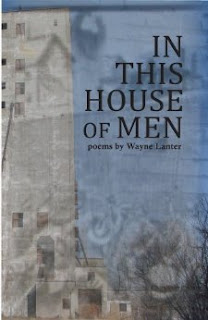 Illinois poet Wayne Lanter’s latest collection of poems, In This House of Men, is based on a deep sense of experience, his memory, and the importance of memory.
Lanter started writing at the age eight and credits his mother for his love of reading and writing.  For the most part, during his early years his father, a coal miner and blacksmith, was not around.
“Then when I was 13 or so, I looked around and saw that this house was no more than my sisters and my mother.  I missed my father.”
Lanter decided it was time to find his father and for the next several years worked with his father in the blacksmith shop.  He, along with his father, would get up at 3 a.m., and sometimes work twelve or fifteen hours a day.  It was here that his appreciation for men in his life was formed. 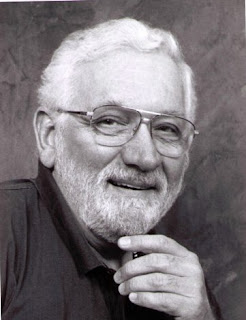 “There is a whole series of men that I attached myself to, who filled a role in my life:  coach, teacher, mystic, father – some like brothers.  But I’m not glorifying them.  I simply wrote about them as I remember them – but still with a great deal of admiration, for both their foibles and failings, and for their goodness.”
One of the men Lanter writes about in this book of poems is a mystic, Jesuit historian from St. Louis University.  What’s unusual about this is that Lanter, reared Catholic, describes himself as an agnostic.  This has caused a number of people to inquire how an agnostic could admire a religious man such as a Jesuit.
“They wanted to know how it was that I could admire the Jesuits so much and have so little to do with religion. (I told them) I was interested in the good these men had to offer.”
Lanter thinks that religion in itself is very primitive and infantile, particularly when one thinks about the universe.
“The more you find out about the universe the more it appears that it didn’t have a creator.  It just doesn’t fit our concepts of beginning and ending. Our mind is limited and has a difficult time with thinking about the unlimited.  I’m not interested in religion (the Catholic Church) but I am interested in the litany, which is basically art.  Art is the exclamation of the human spirit.”
Lanter’s poems are mostly narratives dealing with memory.  Most individuals associate memory with the duration between when an event actually took place and when the event is remembered. 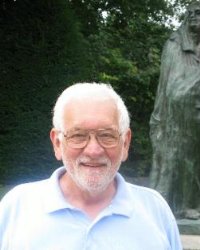 “Memory is essential to all human interaction.  It is the recognition of something occurring in time.  Everything we do is from memory.  We experience memory on a moment-by-moment basis. But it also has to do with intelligence. If you can’t remember the number 2, you have no way of understanding that 2 and 2 equals 4.”
In other words, someone thinking about her mother who died a year ago – that is memory. But memories can also be buried in our genetic code.  A mother with no experience in child care, caring for a child for the first time, and knowing how to do it correctly, or a scientist adding the right amount of a chemical in an experiment, that too, is memory.
In This House of Men is divided into five sections: “In the Morning;” “Reading Poetry;” “On the River;” “Picking up the Pieces;” and “In This House of Men.”
The first section, “In the Morning,” focuses on contemporary matters such as the space shuttle disaster, the Iraq War and Civil Rights.
The second section, “Reading Poetry,” deals with therapy, helping other people, and counseling children.  This section is somewhat autobiographical:  Lanter worked as a therapist for the Jewish Children’s Bureau in Chicago from 1964 to 1968.
“It changed me irrevocably.  We were in an experimental program living with 18 seriously disturbed adolescent boys.  I went in as one person and came out as a completely different human being.  I’ve only written a few poems about the experience,” Lanter told a reporter in 2004. 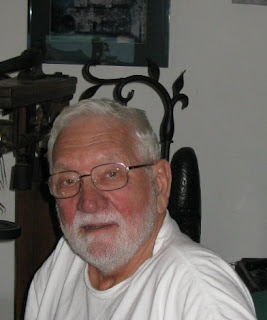 The third section of the book, “On the River,” is based on an article Lanter came across in an old issue of the Golconda Gazette.  The article was printed in January 31, 1898, about a man named Faro Bowman, who, along with his wife and two young daughters, drowned in the Ohio River.
The fourth section, “Picking up the Pieces” contains a number of Lanter’s rewrites of selected Biblical stories.
The fifth section, ”In This House of Men,” is about the men in his life.   He also dedicates the book to his ancestors, grandfathers and father, and to his descendants, which include his two sons, and a grandson, five-year-old Max.
Lanter describes In This House of Men as unique in that it is double the length of a typical poetry book - 148 pages, with over 55 poems.  The book’s cover was arranged by Lanter, and features two images: one of an abandoned grain elevator located in East St. Louis, Illinois on Hwy 64 (“At one time I thought it would be a good idea to raise money and buy the elevator and turn it into a museum and bookstore”) and the other from a picture posted at the Mother Jones Monument in Mt. Olive, Illinois commemorating the Virden Massacre on October 12, 1898 in Virden, Illinois. 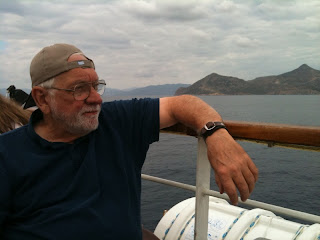 Lanter writes every day, usually in the morning, and manages to produce a couple poems per month.  He also teaches Creative Writing at Southwestern Illinois College.  When not teaching or writing, Lanter spends time in Paris and the Greek Islands, usually from a few weeks to several months each year.  He also founded River King Poetry Supplement, and co-edited it for ten years. He is the author of poetry collections: The Waiting Room, 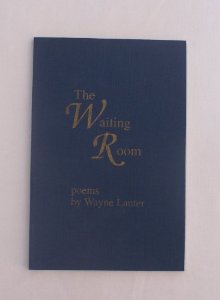 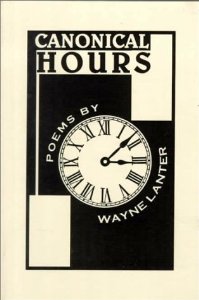 At Float on the Ohta-gawa, 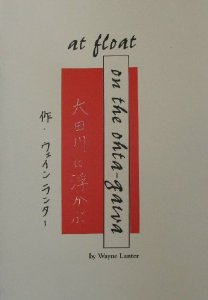 and A Season of Long Taters. 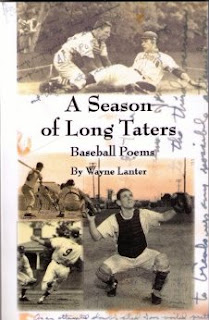 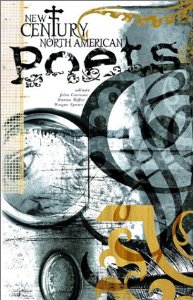