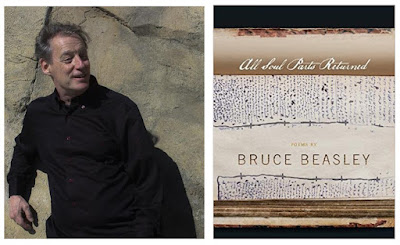 Under what conditions must we formulate our prayers?
As though a leper’s scabbed lips
unswelled enough for speech”
--page 81 Excerpt, “Revised Catechism:  ON PRAYER”

Now on his way to Jerusalem, Jesus traveled along the border between Samaria and Galilee.  As he was going into a village, ten men who had leprosy met him. They stood at a distance and called out in a loud voice, “Jesus, Master, have pity on us!”  When he saw them, he said, “Go, show yourselves to the priests.” And as they went, they were cleansed.  One of them, when he saw he was healed, came back, praising God in a loud voice.  He threw himself at Jesus’ feet and thanked him—and he was a Samaritan.  Jesus asked, “Were not all ten cleansed? Where are the other nine?  Has no one returned to give praise to God except this foreigner?”  Then he said to him, “Rise and go; your faith has made you well.”
--Luke 17:  11-19 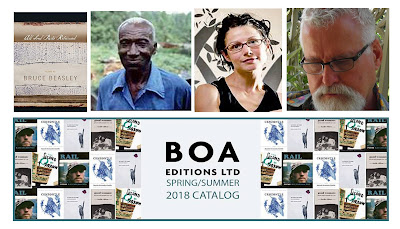 Part 1 Thou Must Leave;

Part V The Man of the Ordinary.

And Nonordinary to the Poems:  Notes and Definitions

Prologue Poem:  Torn-To-Pieces-Hood
In the first poem of the collection “Torn-To-Pieces-Hood” the speaker of the poem’s soul is shredded and dismembered into tiny pieces, each piece still alive, each full of despair, shattered needing to be once again, whole.
The speaker of the poem is seeking to assemble all the pieces of his soul and put them together properly in order to make himself whole and he does this through prayer and meditation in the Catechism, Buddhist, and Hindu traditions.  Along the way he experiences doubt, depression and yet manages to pray and meditate.  The speaker of the poem calls his condition of shredded soul mass:  A mass is a collection of incoherent parts seen nevertheless as a   singular entity.  A/ mass of errors.  Torn-to-pieces-hood as a mass of rent remainders that populate, all/ unknowingly, the ordinary.
He then realizes that the damaging of the soul is the same element that consists of the healing of the soul:  So Despair can kill what cannot die.  Despair’s a mortal sin, one that makes the soul/ rejoice, ironically, in its own mortality. (Below Photo:  The Guibourg Mass by Henry de Malvost in the book La Satanisme et la Mogie by Jules Bois - Paris 1903) 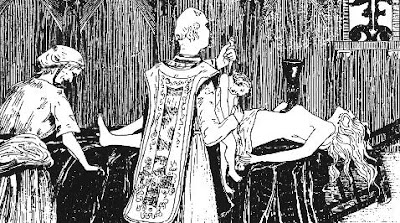 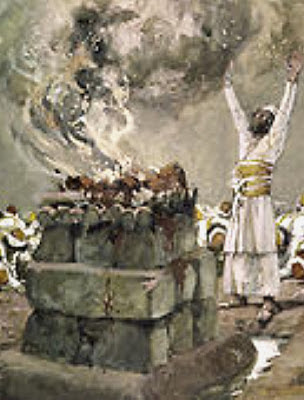 Part 1:  Thou Must Leave
In the poem “Me Meaneth” the calf is “meaning” in the pasture, which is defined by Google search as communicating “what is meant by a word, text, prayer concept, or action or to communicate something that is not directly expressed.”
In the third stanza the lambs that have been weaned from their mothers still “mither” which means “to pester constantly or make an unnecessary fuss.”
The calf and the lamb are poetic images of how humanity should pray – with sincerity and with the consistent cries of a newborn baby – never silencing its cries until it is given its mother’s milk.  (Above Right:  Prophet Elijah as fire from Heaven consume the sacrifice.  Attributed to James Tissot) 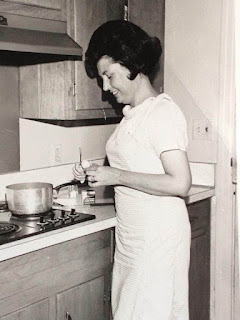 The symbolism of the lamb and its mother could refer to the poet and his deceased mother and the speaker-of-the-poem’s realization that he will never experience his mother again (Left) (Copyright granted by Bruce Beasley):  She’s senseless now, as if nothing/ available anymore to her fivefold senses/ She’s meaningless, as in/
impervious to any further meanings, as/ in incapable of grieving ever again. 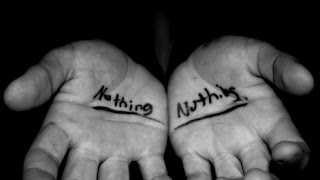 In “Reading Jesus Again, With A New Prescription” the speaker of the poem prays to Jesus a prayer of doubt, of questioning:  My hands keep snatching at air./ Before Abraham was, I am, You said.  And still are:/ I hope You are. 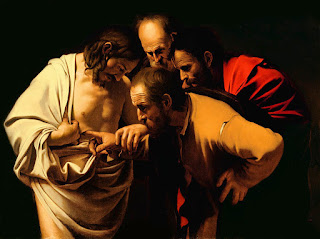 No matter how strenuous the speaker of the poem prays for Jesus to reveal Himself to him, Jesus continues to remain hidden from him which turns his doubt into anger:   I’ve been doing what You told me not to: praying/  with vain repetition./ Amen, amen, amen, amen, amen amen,/ many of my supplications go:/ terminous without genesis, Apocalypse/ with no Torah. (Left Above:  The Incredulity of St. Thomas by Caravaggio) 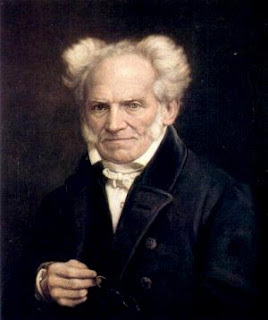 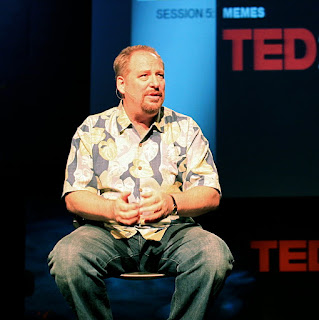 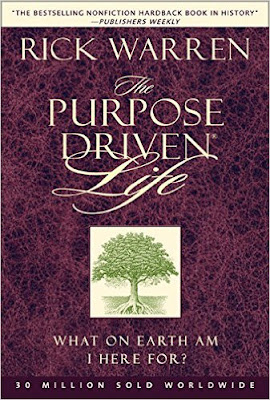 This book sold 32 million in hardback./ We’ll find our purpose there, together. Especially now./ There’s been another massacre; twenty first graders/ mowed down in ten minutes in their classroom./ The President says we must take meaningful action/ but hasn’t said yet what meaningful might mean. 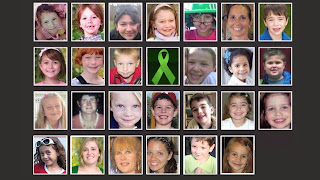 The speaker of the poem compares Warren’s purpose of living to what purpose Adam Lana had in slaughtering the Sandy Hook Elementary children (Left) or what purpose God had in allowing, controlling, or not stopping Adam Lana (Below Right) from killing those innocent children?  And the speaker of the poem comes to the conclusion that this is a question no one – not even God – can possibly answer:  The point is, we can’t get the point. 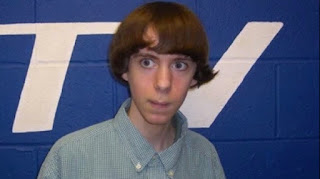 The next few lines the speaker of the poem portrays God as an animal – one that devours pleasure for Himself from humanity:  Our pleasure’s never the point./ It’s God whose pleasure counts.  We’re here/ to please Him.  That’s our First Purpose.  He watches us/ while we sleep.  He sniffs and licks His lips. 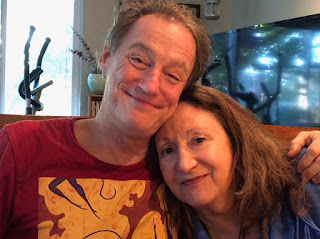 Part 111 Hymeneal
In “Part III Hymeneal” the marriage between lovers is celebrated with the prayer between birds; and the sincerity and authenticity of these love songs between two lovers is questioned:  is it sincere and authentic or is simply the lovers mimicking the same songs they were taught by their ancestors?  This is a question that could apply to the individual praying to his or her god.  Is it sincere or simply mimicry? (Above Left - Bruce and his wife Suzanne Paola.  Copyright granted by Bruce Beasley) 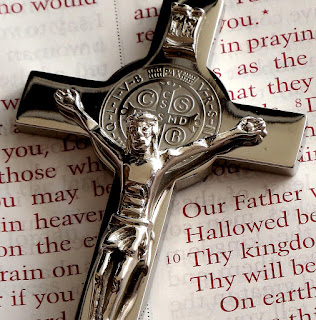 Section IV The Sixth Dust
In “Revised Catechism On Prayer” the speaker of the poem asks numerous questions throughout the piece:  What is prayer?  When is a good time to pray?  How do we gain the confidence that our prayers have actually been heard and answered?  The speaker of the poem answers his own question:  As though a leper’s scabbed lips/ unswelled enough for speech. 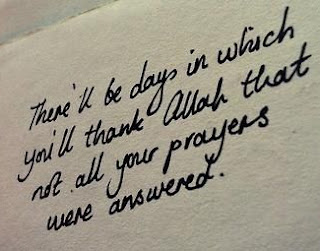 The questions continue in “Revised Catechism:  On Catechism:” should we find satisfaction in our actual prayer requests, the answers to our prayer, or the Person who answers the prayer?  Is it possible that the answer to our prayer can actually be an answer of errors? 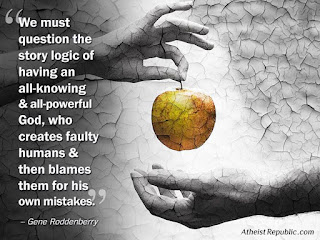 And the questions continue in “On Prayer:”  How might our prayers to be expected to alter the will of God? And in “On Catechism:”  “May we question also that which is not dubitable?” 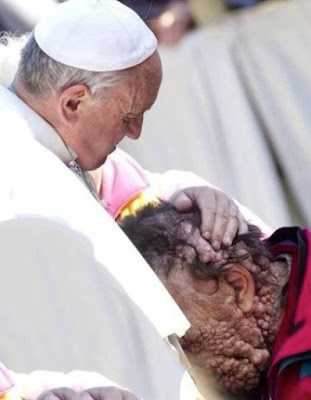 Part V  The Mass of the Ordinary
In the poem “Kyrie” the speaker of the poem asks another question:  Lord:  are You/ particularly pleased with the way I am?
The one individual in scripture who can honestly say “yes” to that question is the same person Beasley refers to when he writes:  As though a leper’s scabbed lips/ unswelled enough for speech.
This same leper who 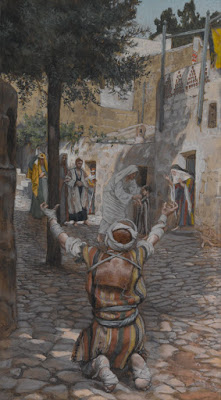 exemplified prayer to its fullest was the most marginalized of his age; reviled for having leprosy and for being a Samaritan and yet he had the courage and the faith to ask Jesus for help.  One could say he had the self-confidence and the self-love to believe himself important enough to ask someone as important as Jesus to hear his prayer, listen to his prayer and to grant his request.  Jesus answers the leper’s prayer along with his nine leprous friends and this is where the leper exemplifies what prayer should be – grateful enough to stop his celebrating and return back to the person who granted his request and say thank you.  (Above Right:  The Leper by James Tissot) 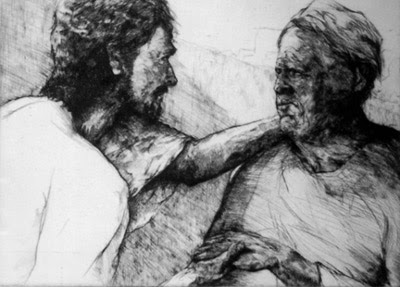 This “thank you” impressed Jesus and touched His heart to where he tells the already cured leper: “Rise and Go; for your faith has made you well.”  The leper has already been cured of his leprosy by Jesus so what did Jesus mean by “your faith has made you well.”  We don’t know for sure perhaps Jesus prevented him from future physical harm; granted him a long and fruitful life; a peaceful death in his old age.  Or it could be simply that Jesus imparted His wisdom to the leper by answering all the questions that Bruce Beasley asks in All Soul Parts Returned.