#002 The Magnification of One Memory In Memoir "HeartSnark: A Literally light hearted account of my heart transplant, or Shakespearean strippers, bison meatloaf, and urinal harms" by Terry Kroenung

***The CRC Blog welcomes submissions from published and unpublished memoir writers for THE MAGNIFICATION OF ONE MEMORY IN MEMOIR. Contact CRC Blog via email at caccoop@aol.com or personal Facebook messaging at https://www.facebook.com/car.cooper.7 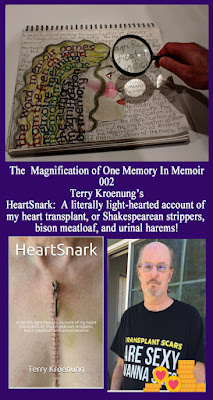 Were there other names you considered that you would like to share with us? I discarded Pardon Me, I Was Using That Heart! It became a chapter title instead.

What is the description of this memoir? The funniest near-death experience you’re likely to read about, and the only comical heart transplant memoir. Told diary-style via Facebook posts as things happened in real time, with additional commentary and a less-than-serious 100-term medical glossary. I’d say you’d die from laughter, but that may be a bit too on-the-nose here. 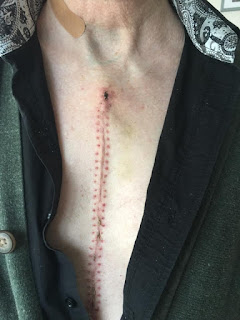 What is the date you began writing this memoir and the date when you completed the memoir? The actual manuscript composition was around May 15-September 1, 2019, though the primary heart transplant journal entries started in February when I went to the ER to get out of a faculty meeting (really). 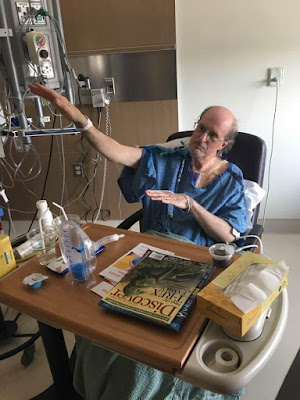 The transplant was April 7. Some of the original Facebook posts go back to 2017, when I was blissfully stupid about how healthy I was. I included the more pertinent/ entertaining comments people posted, too. They know they aren’t getting paid for that, except in the joyous warmth of my continued presence. 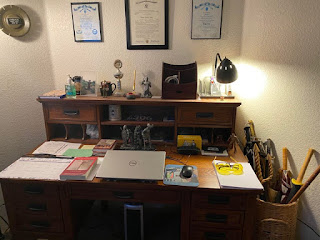 Where did you do most of your writing for this memoir? And please describe in detail.  My library/writing room in my house; shelves with overly-arranged books fill three walls; large window with a view of the garden shed a whole 3 feet away and a dog-pooped back yard; wall space that isn’t covered by shelves has framed U.S. Army stuff to establish my infantry ‘man-cred’: diplomas, certificates of awards, photos, shadow box full of medals; closet full of old writing stuff, swords (not a joke), and our water heater; rustic-style desk/hutch with 17-inch touch-screen laptop (needed because I have trouble seeing the screen with my cataract issue) and black leather chair; printer/scanner; black leather sofa/bed used for neither, as it’s covered in books and assorted junk. 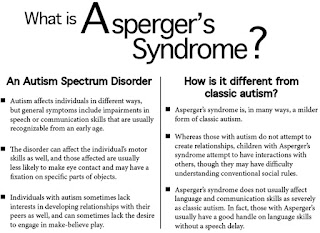 What were your writing habits while writing this memoir: did you drink something as you wrote, listen to music, write in pen and paper, directly on laptop; specific time of day? Usually swilling gallons of hot green tea (sorry to disappoint you, Papa Hemingway); no music, since any noise distracts me, as I have moderate Asperger Syndrome, which comes with sound/light sensitivity; I write directly onto Word, though a long time ago I’d scrawl 200-page novels on legal pads (I had a callus on my right index finger from the pencil); as it was summer and I wasn’t working as a high school teacher, and wouldn’t have been allowed to yet by my transplant team anyway, I wrote at any time of day that I was in the mood, mostly late morning or early afternoon; had to work round the bossy basset hound’s walk/lunch/dinner schedule, plus interminable doggy bacon begging.

How do you define memoir? And what makes memoir different from an autobiography? To me a memoir is dependent on memory, as the name implies, making no claim to perfect historical accuracy; covers a particular part of a life, not all of it; and tries to make a point. An autobiography starts at birth and continues in a linear manner to the point of publication and claim to be an accurate account of a life. 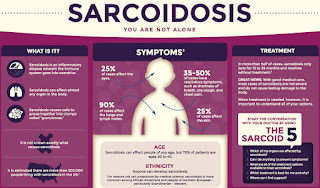 Out of all the specific memories you write about in this memoir, which ONE MEMORY was the most emotional for you to write about? And can you share that specific excerpt with us here. The excerpt can be as short or as long as you prefer, and please provide page numbers as reference. This one was pretty rough at the time, for obvious reasons, though, in the end, it turned out to be the wrong diagnosis. An entirely different rare disease was killing me (cardiac sarcoidosis), which is par for the course with my medical history (to this day no one’s explained how a test with a supposed 97% accuracy rate was wrong three times; I’m guessing the radiology budget was low that month). They didn’t know that until they looked at the old dead heart (a horrifying sight, let me tell you), as the symptoms were the same. An added shot in the ‘feels’ was Stacy’s offer. Two others said the same. You don’t get voluntary organ donations every day. Plus, the supportive comments ran into the hundreds, mostly from people I’d never met.
Bold print is the original Facebook post. Italics are what I added after that when composing the book.

Well, the nuclear test finally worked, though I'd rather it hadn't.
Cardiac transthyretin amyloidosis (ATTR). Protein deposits in the heart, constantly increasing. Weakens it. Basically, acquired heart failure, despite all of my running and biking.

Kids, THIS is why you should always study for your tests. I didn't crack a book and see what happened?

Me: Laugh/cry. The only choices. You all know which one I'm picking. Let the black humor commence!

Maria: Can I do both? I am doing both.

Theresa: Well, in the words of the Monty Python boys: "I'm not dead yet!"

Me: True. And I now get to up my pain-in-the-ass game. What are y'all gonna do, shoot me?

Me: Lot of leverage with the students and principals now. "Do your homework! I'm a dying man!" And I can be way late grading it, because...you know.

I actually did say this to some classes. You should’ve seen the look on their faces.

Beth: You’ll find a way to deal with this with humor and farce, I’m sure!

Me: Hey, nobody gets out of here alive. I just get a warning, is all.

Beats tripping over your dog in the dark and choking on a spoonful of frosting.

Me: Maybe. Depends on the precise type. Could also mean a liver transplant first (the nasty proteins are made there). Nothing like a $2 million dollar surgical bill to get revenge on the insurance company.

Maria: I wish I could give you half of my liver. Unfortunately, because I've been zapped by Chernobyl, I am permanently disqualified from donating organs.

Hey, it still likely works better than mine.

Stacy: You can have half of my liver if you need it. Seriously. If we’re a match, it’s yours. After everything you did for us Acton kids, maybe John Acton and I could make a super hybrid mega liver, and you could have that.

Though I’m not sure that her brother knows that he got volunteered as a liver donor. But he did donate his eyes when he played Gloucester for me in ‘King Lear’, so he has experience in these matters.

Giselle: Did they tell you whether it was wild type or variant?

Me: They have to do a biopsy for that. Not scheduled yet. I have an appointment with the big regional guru Monday.

Me: Yeah, that'll be a fun time.
Geoffrey: Dude. You have all my best fucking thoughts. Live every day and get a sword in your hand and fight that death fucker off.

Geoff’s my Denver stage combat instructor, going back 20 years. I did challenge Death to a sword duel, but as an aristocrat, the bastard sent a professional blade man in his place. SOB sliced my heart out.

Me: I need a triple-waving plume.

That’s an allusion to Cyrano de Bergerac. But I don’t have to tell you that.

Maria: I've had two whiskies and it just occurred to me: people often do prayer vigils for someone's healing, but I get a feeling that won't work for you. Do you suppose we could belly-dance you back to health?

Only if you all do it in my hospital room.

Russell: Bit of a bugger, I’d say. Are you going to keep working? You always sound as though you love it so much; so that may, in fact be a help.

Me: No choice. I need the health insurance, this being the USA and all. 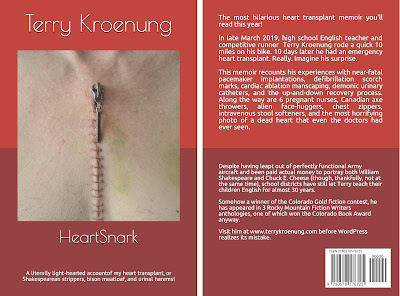 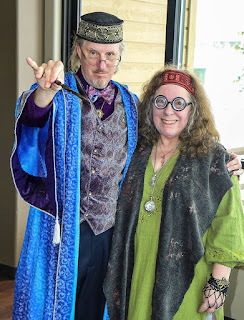 Can you describe the step-by-step process of writing about this ONE MEMORY? It was a gut reaction and essentially a no-thought spew onto Facebook, literally seconds after I saw the test result on my hospital app. I figured if I didn’t immediately start with the smart-aleck stuff, I’d lose it and so would my wife and everyone else. My chief concern was that Janet didn’t end up in a rubber room. She’d already lost both parents and a daughter. Months later I added more goofy commentary, but didn’t change any of the original post. I tried to leave all of those in their natural state, warts and all. 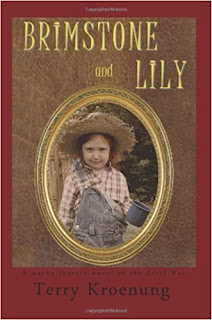 Anything you would like to add? Sales of HeartSnark go to benefit Donor Alliance (https://www.donoralliance.org/), which helps find donors and aids their families. And if you’re out of breath or getting dizzy spells, go the freaking Emergency Room! 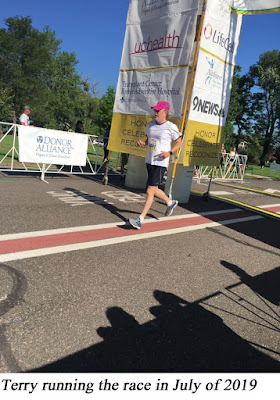 Despite having leapt out of perfectly functional Army aircraft, gone scuba diving with sharks, and lived with Crips & Bloods on a wagon train, and also having been paid actual money to portray both William Shakespeare and Chuck E. Cheese (though, thankfully, not at the same time), school districts have still let Terry Kroenung teach their children English for almost 30 years.
Somehow a winner of the Colorado Gold Contest (Paragon of the Eccentric), he has appeared in 3 Rocky Mountain Fiction Writers anthologies: Found (Colorado Book Award winner), False Faces, and Broken Links, Mended Lives (both CBA finalists). He claims to be the only author to appear in all three, and wonders why that doesn’t seem to impress anyone.
The first volume in his ongoing tongue-in-cheek fantasy series (Brimstone and Lily, Jasper’s Foul Tongue, Jasper’s Magick Corset) was a finalist in the Colorado Gold Contest and won a Bronze Medal at the Independent Publishers Book Awards. Please note that he did not get to quit his day job after such stunning success.
Visit him on the web (www.terrykroenung.com) before WordPress realizes their mistake and evicts him from their site.

THE MAGNIFICATION OF ONE MEMORY IN MEMOIR links