The Underground Stream was initially conceived as a response to poetry I wrote during Contemplative Living with Thomas Merton sessions at the House of Prayer and Spirituality in Townsville, Australia.

I have several books by Thomas Merton amongst my bookshelf, but it was only when I began attending the sessions at the House of Prayer (as it is known) (Below) that he registered with me, both as a religious thinker, and as a poet. 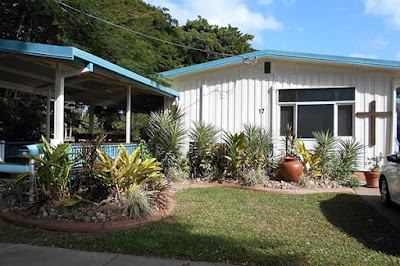 It has been said that Thomas Merton is one of the most important religious thinkers of the twentieth century.  I’m not qualified to make that call.  All I can say is that these past years studying his writings has illumined my faith journey.

My stay at the House of Prayer in September 2016 was central to the book’s completion.  Years ago, in Canberra, I completed my collection Ultramundane Shadows by laying the about one hundred sheets of poems in a large space at the 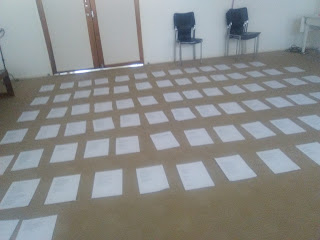 back of St Philip’s Anglican Church.  I then moved the sheets around until I was happy that the order of the poems was a subtext. 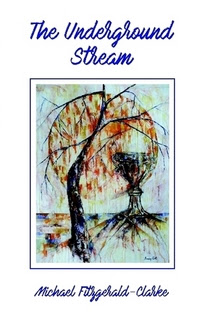 I did a similar thing at the main meeting room at the House of Prayer. (Above Right)  Over three days of creative silence, living in the House, The Underground Stream coalesced similarly.

Yes, these days I’m happy to be called a Christian.  Following several decades of fairly regular church attendance in Canberra – at the North Canberra Baptist Church and then in the 2000s St Philip’s Anglican Church in O’Connor – my move to Townsville in 2009 has seen me attending the Contemplative Living with Thomas Merton sessions.  I have been attending since about 2012, and month in month out it is a cornerstone of my faith observance.

It’s worth saying that I remain close friends with the pastor of the North Canberra Baptist Church, from those late millennium times, Ian Minto.(Below Left)  His family remain much loved.  Similarly, a former rector of St Philip’s, Rebecca Newland, (Below Right) is a cherished friend still. 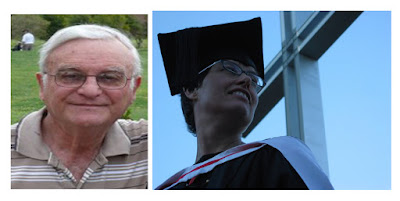 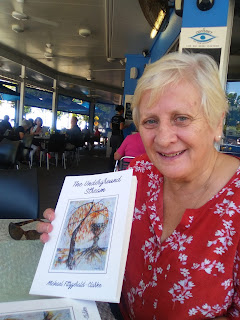 The Underground Stream is dedicated to Connie Cairns (Right).  For years, she ran the Thomas Merton sessions, giving me a lift there each time.  I was privileged to repay her kindnesses to me, with the dedication.  Connie is one of the planet’s loving souls.  We still catch up every now and again for a cuppa. 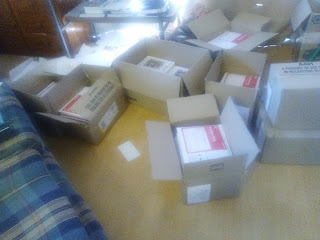 My ordering the poems saw me wishing to bookend the book.  “The Joy” was written in the mid-1980s, and “At Eagles Nest” is also of that time.  They are the two oldest poems in the book.  Most of the poems were penned in the past couple of years. (Left:  The Underground Stream in the mail out process.)

Why stop?  Why more silence?
An ocean brushes past:
we are, don’t look, we are
songs, flaking beyond continuance.

On this windswept headland
I am close to the clouds.
I fill my lungs with the tart air,
smell the sea
and contemplate the future of the world. 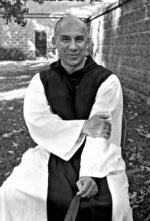 For me, the most emotionally fraught poem in The Underground Stream is “Paralytic Mountain”.  It was penned in the mid-1980s, and in some ways it documents a friendship that quickly went wrong.  Elaine Hill and I parted acrimoniously.  As a part of processing that time, “Paralytic Mountain” helped me to deal with anguish.  I did not feel I could make it public until now. (Right:  Thomas Merton)

On the first day two vomited.
On the third day they asked why.

On the sixth day nobody knew.

A week had gone.
The fire still threw waves.
I dreamt of a mountain.
A paralytic mountain.
Rising from the open first of sleep.

I spell GOD in capitals, these days.  Last year, I read The Practice of the Presence of God and The Spiritual Maxims ~ Brother Lawrence, this book has GOD in caps, and it sits well with me as a contemplative text to learn from.  In the Holy Bible, GOD is often addressed as LORD.  Somehow, this deepens the mystery for me. 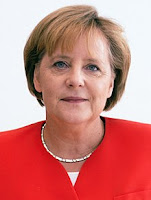 Yes, there are poems dedicated to various people.  No elegies, one of my credos as a poet is to try to honour some of my friends’ birthdays.  I sent Angela Merkel (Left) a gift copy, as a poem for her birthday, “Poem for Angela’s Birthday, 2016” is included [page 15].  Bless her, I received a reply. 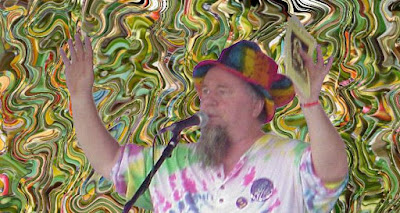 I wish to finish with words from my long-time friend Thom The World Poet (Right) [he Googles]:  Michael Fitzgerald-Clarke may be known to you largely through his poetics-several tomes of original works and more Anthologies he has curated.  His luminaries include Keats and those Romantics-but his spirit belongs to Thomas Merton.  What is special about Michael is his spirit-based wordworks.  His faith and trust animates his immense creative spark. Not since Gerard Manley Hopkins has such a brave and necessary alignment taken place
His continuing creativity is to be supported, encouraged and applauded.

The House of Prayer and Spirituality Webpage
http://www.houseofprayertownsville.org.au

The Practice of the Presence of God and the Spiritual Maxims
https://www.amazon.com/Practice-Presence-God-Spiritual-Maxims/dp/1420953664/ref=sr_1_1?ie=UTF8&qid=1523839976&sr=8-1&keywords=The+Practice+of+the+Presence+of+God+and+The+Spiritual+Maxims+%7E+Brother+Lawrence%2C

Posted by Chris Rice Cooper Blog at 9:53 AM