#16 Backstory of the Poem "Reliquary" by Beth Copeland 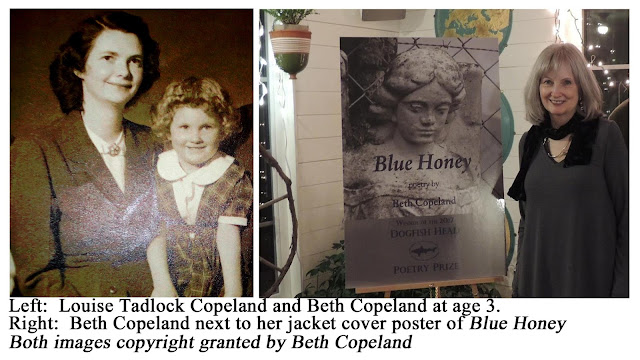 Backstory of the Poem
“Reliquary”
by Beth Copeland
poetreeline@gmail.com

Can you go through the step-by-step process of writing this poem from the moment the idea was first conceived in your brain until final form?   When my mother died five years ago, I inherited a cedar chest my grandfather made for her. At the time, women were supposed to fill a “hope chest” with linens and other household things they would need when they married and set up housekeeping. I wanted to write a poem about the cedar chest because it was a familiar object that I associated with my mother’s life. This may sound morbid, but its shape reminded me of a coffin, and I thought about how it contained—not her physical body—but a body of memories.

As I was pondering all that, I recalled reading Fred Chappell’s poetry book  Shadowbox. (Left)The book includes poems that are nested within poems. The reliquary poems contain quotations from other poets; Chappell creates poems that are shrines to honor the poets he quotes. I wanted to write a reliquary poem to honor my mother. 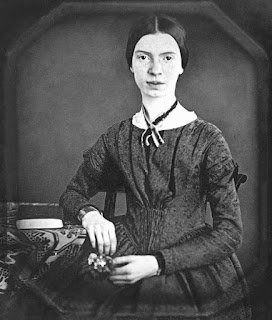 My mother’s favorite poet was Emily Dickinson, (Right) so I looked for passages from Dickinson's poems and found this one: “Hope is the thing with feathers that perches in the soul and sings the tune without the words and never stops at all.” That passage is embedded within my poem. You can find it if you read vertically beginning with the word “hope” in the middle of the first line. The second line has “the,” the third has “thing,” and so forth. Each line of my poem includes a word from Dickinson’s poem. 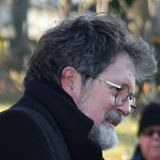 Originally, I italicized Dickinson’s words to highlight the passage that's enclosed within my poem. Jamie Brown, (Left) my editor at The Broadkill River Press, suggested that I remove the italics because the poem stands on its own without drawing attention to the embedded portion. Without the italics, the Dickinson passage is still there, but it’s hidden in the poem as a secret.   The poem is written as one long stanza. Usually, I write in couplets or tercets, but I wanted the shape of the poem to resemble its subject, the cedar chest.

Where were you when you started to actually write the poem?  And please describe the place in great detail.    I started writing the poem at my home, a log cabin in rural North Carolina. I draft poems slowly, and this poem took longer than most because of its challenging structure. I had to put it aside for a while to take care of teaching demands. In the summer, I spent a week as writer in residence at Weymouth Center for the Arts and Humanities, a beautiful mansion in Southern Pines, North Carolina, surrounded by gardens, a koi pond, and long leaf pines. I stayed in a cozy blue room where I sat at an antique desk and finished the poem. 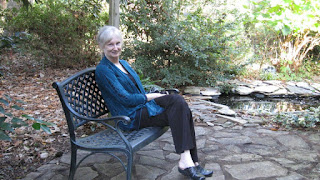 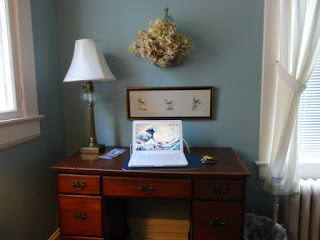 How many drafts of this poem did you write before going to the final? (And can you share a photograph of your rough drafts with pen markings on it?)   I don’t keep records of how many drafts I write. First, I write on paper, sometimes on the backs of envelopes and other scraps of paper if I’m on the run. Once I have a working draft on paper, I type it on my laptop and continue making revisions. I throw away my drafts. If I didn’t, I’d be buried in paper! (Above Left:  Beth Copeland's writing desk at Weymouth Center.  Copyright granted by Beth Copeland). 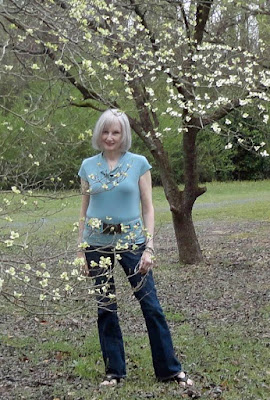 Were there any lines in any of your rough drafts of this poem that were not in the final version?  And can you share them with us?   I’m sure there were, but I don’t recall them.

What do you want readers of this poem to take from this poem?  I want people to know that love remains even after our loved ones die. (Right: Beth Copeland in March of 2016.  Copyright granted by Beth Copeland.)

Which part of the poem was the most emotional of you to write and why?   At the beginning of the poem, I describe the cedar chest and its contents and imagine my mother daydreaming about the man she will eventually marry, my father. The most emotional lines are when I list what I’ve lost: I will live without her scent, her / lips on my cheek, the hesitant catch of her voice….” (Left:  Beth Copeland's parents on their wedding day.  Copyright granted by Beth Copeland.) 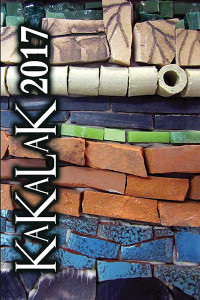 Has this poem been published before?  And if so where?  Yes, it was first published in Kakalak 2017, an annual publication featuring the work of poets from North and South Carolina. It’s also included in my new book Blue Honey, which received the 2017 Dogfish Head Poetry Prize and was published by the Broadkill River Press. 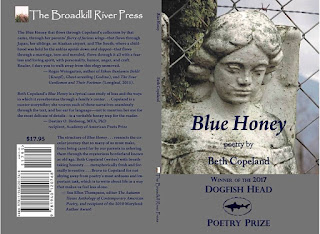 Anything you would like to add?   Thank you for inviting me to participate!

Her father made a cedar hope chest for her trousseau.
Battered, scarred, now it is mine, a box to hold crazy
quilts, doilies, duvets,  the tablecloth Great-Aunt
Gertrude crocheted—a thing too fancy for everyday:
pillowcases dotted with French knots, lazy
daisies, appliqués, and  featherstitching on white
cotton, linen hand towels that  say HIS or HERS.
A removable shelf perches on the rim, a tray
where she kept buttons in brown paper bags, pins,
needles, & thread to fix the fraying satin borders of
blankets. Do her soul and girlish dreams of
that tall man she’d meet and marry still float
on wind as a waxwing sings from the cedar’s
branch? When I open the lid, fragrance of old
wood is like a lost tune I can’t remember the
words to. I will live without her scent, her
lips on my cheek, the hesitant catch of her voice
when she can’t recall words and I fill them in as if
we’re identical twins and I’m finishing her sentences.
A mother’s love never vanishes, fixed as
the North Star with no stops in a midnight sky.
Long ago, she gazed at the burled, aromatic
grain and vowed to keep all that survived its flames. 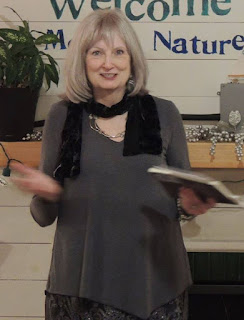 Beth Copeland (Right:  Beth Copeland in December of 2017) is the author of three full-length poetry books: Blue Honey, recipient of the 2017 Dogfish Head Poetry Prize (The Broadkill River Press 2017); Transcendental Telemarketer (BlazeVOX books 2012); and Traveling through Glass, recipient of the 1999 Bright Hill Press Poetry Book Award (Bright Hill Press 2000). Her poems have been published in numerous literary magazines and anthologies and have been featured on international poetry websites. She has been profiled as poet of the week on the PBS NewsHour website. Beth teaches creative writing at St. Andrews University.