#15 Backstory of the Poem "Ode To Disappointment" by Marilyn Kallet . . .

***This is the fifteenth in a never-ending series called BACKSTORY OF THE POEM where the Chris Rice Cooper Blog (CRC) focuses on one specific poem and how the poet wrote that specific poem. 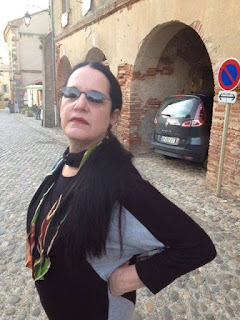 Backstory of the Poem
“Ode to Disappointment”
by Marilyn Kallet 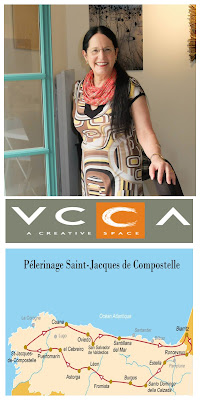 Can you go through the step-by-step process of writing this poem from the moment the idea was first conceived in your brain until final form?  Where were you when you started to actually write the poem?  And please describe the place in great detail.   I was privileged to be on a professional writing retreat in Auvillar, France, October, 2015. My goal was to write new poems. The Virginia Center for the Creative Arts owns property in Auvillar; in Southwest France, on the pilgrimage route of St. Jacques of Compostelle. (Top Left:  Marilyn Kallet in France.  Copyright granted by Marilyn Kallet.   Top Right:  Marilyn Kallet in the Auvillar, France Studio.  Copyright granted by Marilyn Kallet.) 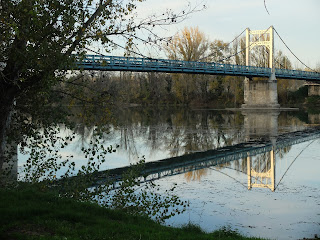 They built a modern studio for writers and painters. Two doors down, in a rehabbed 17th century house, they lodge writers and artists. My first visit there as VCCA Fellow was decisive. My studio overlooked the shape-shifting Garonne River, (Left:  Photo attributed and copyright granted by Marilyn Kallet) and I fell in love. That was 2017. 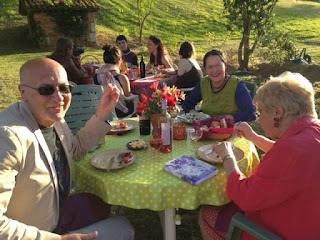 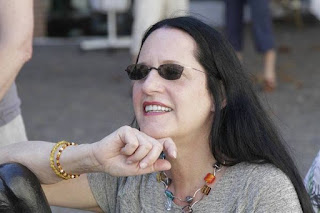 Over the years, the University of Tennessee has often helped to foot the bill for my writing residencies. The Professional Development grant program has provided travel and research grants; the English Department's Hodges Fund has been even more generous. In short, I've been spoiled! (Left:  Marilyn Kallet's University of Tennessee photo.) 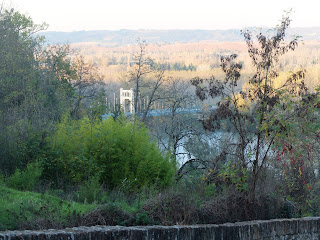 I was sitting in "my" studio in Auvillar, on October 30, 2015, ready to click on the email from the Graduate Office that hosts the PD grants. The Garonne was green and gold and snaky. The plane trees and poplars along the riverside were turning bright gold. (Right:  Auvillar, France photo attributed and copyright granted by Marilyn Kallet.) 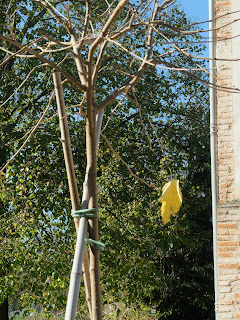 I opened the email, and it began, "The committee has decided not to fund your professional development grant." Then there was a line about giving newer applicants a chance. I went into shock for about three minutes, then started to write my poem! The committee's line of rejection is obviously the opening line of my poem. After that, I made up the rest of the letter's wording. (Left:  Auvillar Gold attributed and copyright granted by Marilyn Kallet.) 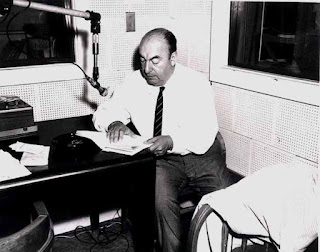 Neruda is one of my literary companions. I have read his odes over and over. Often I travel with a volume of his work. He wrote odes––praise poems––to everything: his socks, his critics, his solitude. The art of writing praise poems to disappointments came from him. It's a good skill for a writer to have! (Right:  Pablo Neruda recording his poetry in 1966.  Public Domain.) 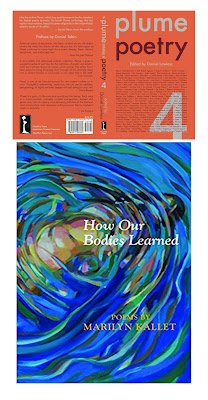 The poem was published by Plume, in their Anthology 4, 2016. And this month it will appear in my new book, How Our Bodies Learned, Black Widow Press. Sweet revenge!

The ability to transform life's blows––big and small––into song, into story, and art––that's a poet's alchemy! 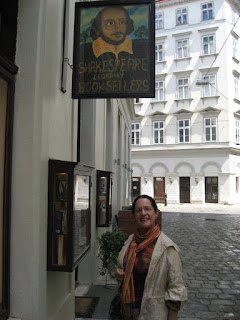 What month and year did you start writing this poem?
October, 2015. The turning leaves were uplifting. As Shakespeare wrote, "That time of year that mayst in me behold..." Perfect set-up for a disappointment, no?  What the light tone of the poem doesn't tell the reader is that the poet will going to Paris in November. That the second night of her stay in Paris, November 13, there will be a terror attack. That all the days and nights in Auvillar prior to Paris will indeed be paradise, compared to what will hit the fan in November. My poems in Auvillar, and the ones from the time of the Paris attacks, are in the new book. We poets compose lyrics, yes. But sometimes we are called upon to bear witness. Then our writing is closer to journalism than to songwriting. We must be ready for those times, too. (Above Right:  Marilyn Kallet in Vienna's Jewish Quarter.  Copyright granted by Marilyn Kallet.) 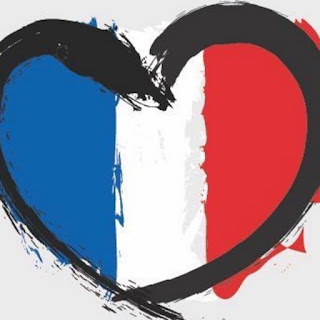 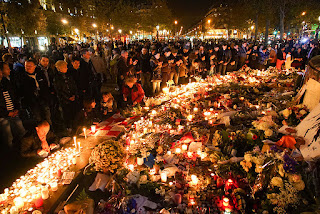 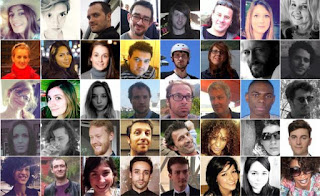 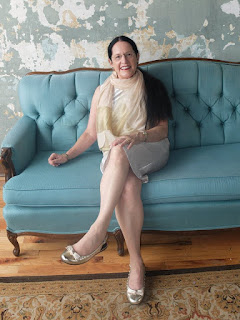 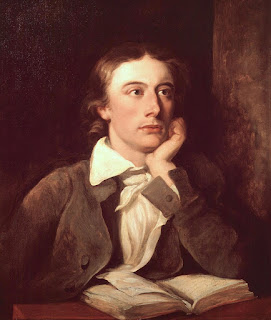 I composed this poem in two drafts. The body of the poem came out whole. There was an extra phrase in the original. After the line, "We suspect it touches itself," I originally included "Private parts." Not necessary, as that is implicit in the self-touching. And the line about Keats, "He mined his own sources," originally read, "He had his own sources." Revision often involves tightening and revving up the verbs.(Top Right:  Marilyn Kallet in October of 2015.  Copyright granted by Marilyn Kallet.  Left:  John Keats painting attributed to William Hilton.) 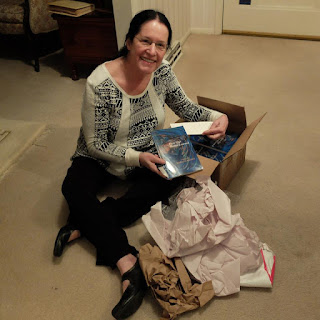 What do you want readers of this poem to take from this poem?   Poetry can be a consolation, an antidote––whether it sings about a personal disappointment––or a national political disaster. Poetry bears witness and transforms. The blues have always embodied both sorrow and laughter. (Right Marilyn Kallet holding her latest poetry collection How Our Bodies Learned. Copyright granted by Marilyn Kallet.) 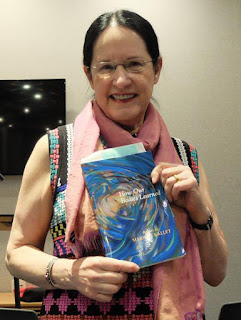 Which part of the poem was the most emotional of you to write and why?   "Other applicants may be newer," suggests that they may also be younger.  Ouch!

Your biography?   I was born in Montgomery, Alabama. My mother was from Alabama. She met my Brooklyn-born father when he was stationed at Maxwell Field, during WWII. I was three years'old when they moved to New York. My mother never forgave my father for the move. She was always cold in New York. The minute my father died, she moved back to Montgomery. 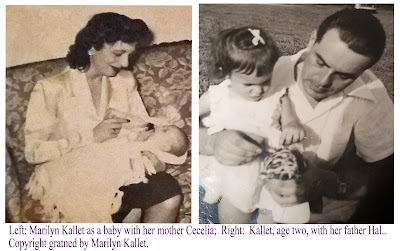 They made the mistake of sending me to Tufts University in Boston, during the 1960's. I came home radicalized and critical of their politics. I went to Rutgers for my MA and PhD in Comparative Literature. Back in those days, Comp. Lit at Rutgers was a patriarchal haven. Our program director had a poster of himself fighting the bulls at Pamplona. He said he had only ever enjoyed fighting bulls and being captain of a submarine. Once, he asked me for a drink to the Harvard Club. He opened the conversation by saying, "Robert will always be a better poet than Elizabeth."  (Top Right:  Marilyn Kallet in the 1960s.  Copyright granted by Marilyn Kallet.   Bottom Right:  Book about Robert Lowell and Elizabeth Bishop's correspondence with one another.) 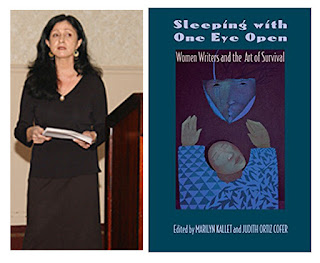 With Judith Ortiz Cofer, I edited a book of essays about the obstacles that women writers faced: Sleeping With One Eye Open: Women Writers and the Art of Survival, U of Georgia Press, 1996. My essay was about surviving Rutgers! 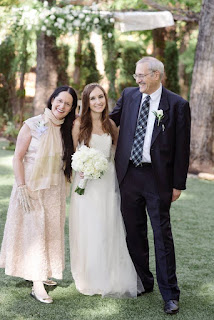 I have been teaching at the University of Tennessee since 1981. When I arrived here, I met my husband, Lou Gross, a nice Jewish boy from Philadelphia. He directs NimBios, the National Institute for Math and Biological Sciences. Our daughter, Heather, lives in Atlanta with her husband, Mark Hanselman. She's the best copy editor I know and Mark is an engineer. They rescue animals.  (Right: Marilyn Kallet, daughter Heather, and husband Lou Gross.  Copyright granted by Marilyn Kallet.)

“Dear Marilyn,
The committee has decided
not to fund your Professional Development
proposal.  We think you are already developed.
Other applications have risen to the top,
like chicken fat on cooling soup.
Other applicants may be newer,
less developed, but more promising,
more professional. Poetry
is not professional. Poetry sits alone in a dark
room and who knows what it does?
We suspect it touches itself.
You don’t need a grant to write poetry.
All you need is a pen and a bottle.
Cheap swill. Think Bukowski,
We never offered him a dime.
Or Keats. We did not fund him. He mined his own
sources. You can find your own cash. Your husband,
for example, got the best raise ever this year,
because he scares us. We don’t mean he’s violent,
just that he never shuts up and his criticisms
are professionally developed. So go home and
sleep with your rich dick, we mean your spouse.
See how that works out. We have faith in your
ability to surmount us.”

The University of Georgia Press
http://www.ugapress.org

The University of Tennessee
https://english.utk.edu/people/marilyn-kallet/

Virginia Center for the Creative Arts