CRC Blog Analysis on Patrick Radden Keefe's SAY NOTHING: A TRUE STORY OF MURDER AND MEMORY IN NORTHERN IRELAND

CRC BLOG Analysis on Patrick Radden Keefe’s
Say Nothing:  A True Story of Murder and Memory In Northern Ireland
“Crossing The Crucible of Silence That Speaks!”

New York Times writer and Irish-American Patrick Radden Keefe never felt the desire or the need to write about the IRA or the conflict between Britain and Northern Island in what some would describe as the bloodthirsty history between Catholics and Protestants; or those who wanted a unified Ireland (majority Catholics) or those who wanted to stay under British Rule (majority Protestants).

Instead he focused on articles, shorts stories and already had two non-fiction books under his belt:  Chatter:  Dispatches from the Secret World of Global Eavesdropping and The Snakehead:  An Epic Tale of the Chinatown Underworld and the American Dream. 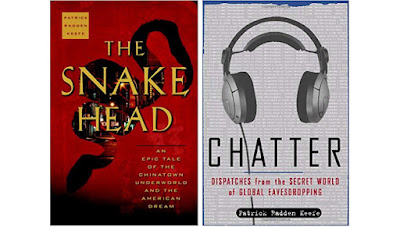 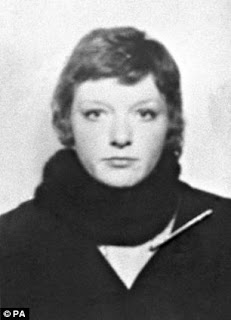 That all changed when in January of 2013 Patrick Radden Keefe came across the New York Times article on Dolours Price (Left in 1972), a Provisional Irish Republican Army Volunteer in the 1960s and the 1970s who spent 7 years in prison for her participation in the bombing of the Old Bailey in London, England (Below) on March 8, 1973, which resulted in the injuries of 200 people and the death of one person. 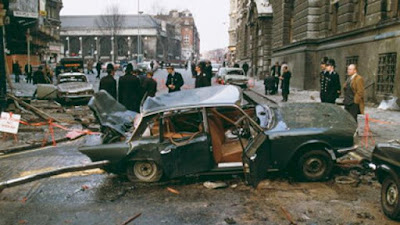 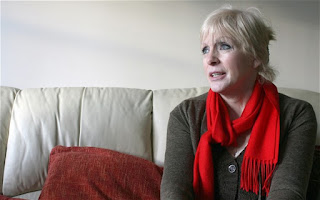 The article went into detail about Price’s life as a revolutionary and included the legal battle over the release of her taped interviews (conducted by Ed Moloney, Left Top) that were being housed in the Treasure Room of the John J. Burns Library at Boston College.
There were many other interviews that IRA participants had participated in (conducted by Anthony McIntyre Left Bottom) with the agreement that the interviews would not be released until after their death, which came to be known as The Belfast Project. 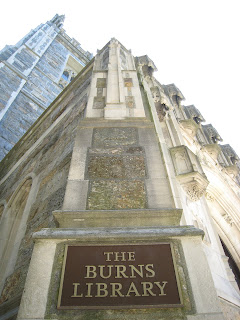 For reasons that Keefe foretells in his book some of the information in the tapes were released before their deaths. Keefe knew then that he had to write about the bloodthirsty violence in Northern Ireland.
“One theme that I had become fascinated with as a journalist was collective denial:  the stories that communities tell themselves in order to cope with tragic or transgressive events.  I became intrigued by the idea that an archive of the personal reminiscences of ex-combatants might be so explosive:  what was it about these accounts that was so threatening in the present day?  In the intertwining lives of Jean McConville, Dolours Price, Brendan Hughes, and Gerry Adams, I saw an opportunity to tell a story about how people become radicalized in their uncompromising devotion to a cause, and about how individuals – and a whole society – make sense of political violence once they have passed through the crucible and finally have time to reflect.”  Pages 339 – 340. (Left Bottom:  Patrick Radden Keefe on May 10, 2019) 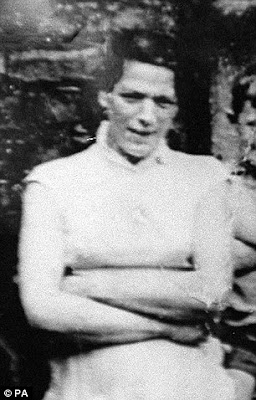 Keefe’s Say Nothing:  A True Story of Murder And Memory In Northern Ireland begins with the brutal kidnapping and disappearance and murder of protestant turned Catholic Jean McConville (Right) from her home in Divis Flats (Below in 1972), in West Belfast, Northern Ireland at 7 p.m. on Thursday, December 7, 1972. 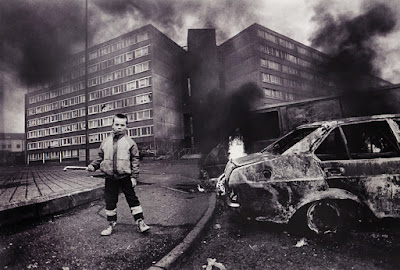 She was recently widowed, the loving mother of ten children, and very poor.   She struggled to make ends meet – not only by putting food on the family table but also by attempting to maintain emotional stability – Jean was battling depression and anxiety. (Below:  Jean with her husband Arthur and three of their children) 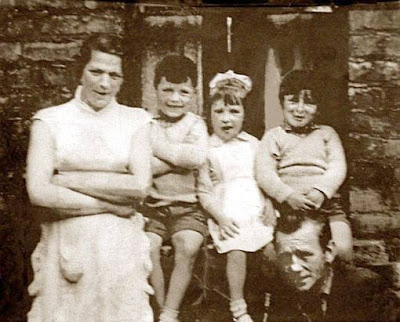 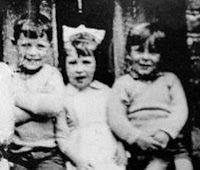 This depression and anxiety extended to her children but only became chronically worse after her kidnapping and disappearance.
In fact the depression, anxiety, PTSD, survivor guilt, and full fledged guilt would also extend to those individuals responsible for her death: another form of the collective – except instead of collective denial it is collective mental illness. 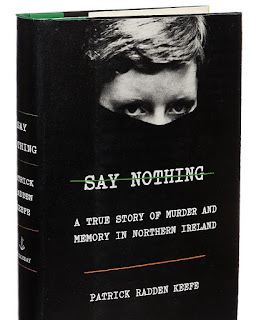 Keefe’s book is like a pair of shoes with no shoelaces:  as each page is read strings are placed in the laces of the shoes.  As the reader learns each piece of information that astounds more string is placed in the shoelaces.  With each piece of information, the reader is shocked, unable to put the book down, until all the strings are through the laces and the shoes are properly tied. 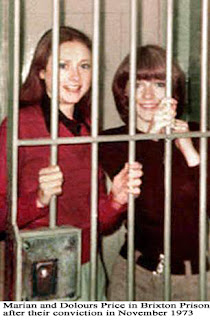 It is an intimate encounter of the big players of the IRA - particularly the sisters Dolours (who graces the jacket cover of Say Nothing) and Marian Price, Gerry Adams, and Brendan Hughes- it details how each became members of the IRA – their backgrounds, their struggles with regret and guilt, except perhaps for Gerry Adams, who denies any connection with the IRA to this very day. 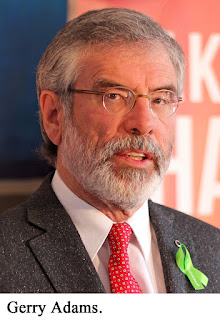 Many players in this blood-wrenching history are revealed and the implications of this history encompasses intimate biography, what it means to be patriotic, and the legal issues that cross three nations: United Kingdom, Northern Island and America’s Boston.  The issues of guilt, innocence, freedom of the press, freedom of right to know, freedom of journalists preventing their sources from being exposed, and what guilt can do to a person’s mind, body and soul are explored. 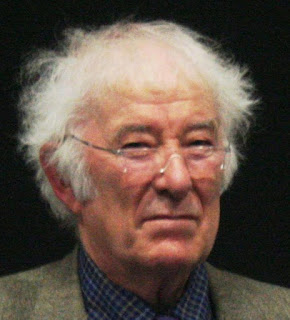 But perhaps the most plaguing question is the most simple question:  Should the individuals in this book ever opened their mouths or should they have practiced the art of silence, as Seamus Heaney (Left in 2009) states in his poem “Whatever You Say, Say Nothing?”

Northern reticence, the tight gag of place
And times: yes, yes. Of the "wee six" I sing
Where to be saved you only must save face
And whatever you say, you say nothing. 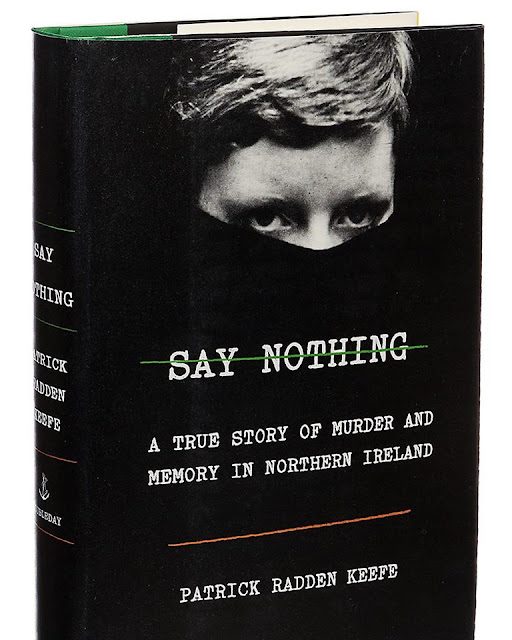