Christal Ann Rice Cooper on Her Mother, The Sound of Music, Julie Andrews, "Mandy", and the interview that changed her life . . . . 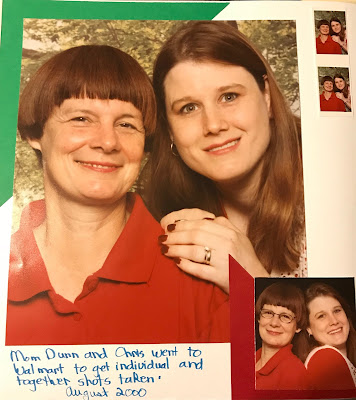 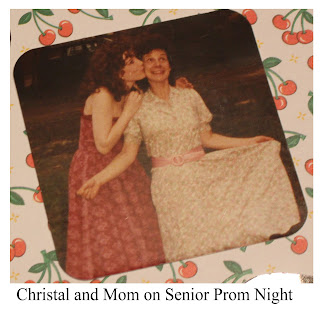 It’s going to be my Mom’s birthday this month and I know she is in Heaven with Jesus laughing away.  I miss her laugh and all the stories she would tell me.

My mother told me about one of her dates she went on when she was in high school.  It was in 1965 and his name was George.  George asked my mother what she wanted to do on their date and she told him she wanted to see a movie that had just been released. 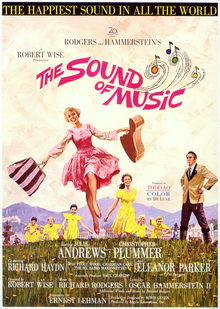 It was a movie starring Julie Andrews and Christopher Plummer called The Sound of Music. 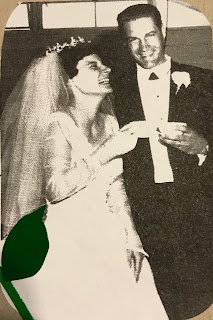 Fortunately my mother didn’t marry George and never considered marrying George; She married my father, eight years her senior one year later in June of 1966. 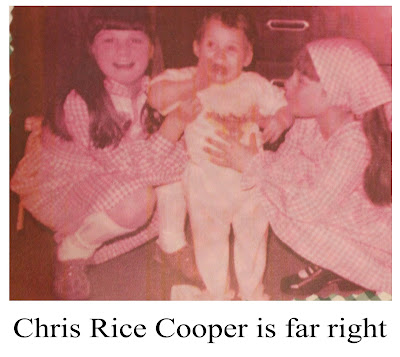 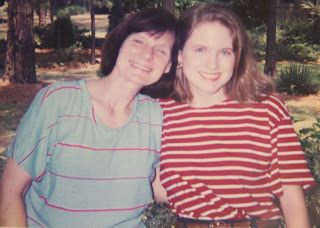 Growing up we always watched The Sound of Music every year on Thursday Thanksgiving Day and even sometimes on Super Bowl Sunday.  My mother always made comments about the movie, some I don’t remember, but I do remember my best friend in college Kelly (with my Mom Above Right) told my mother that Julie Andrews didn’t actually sing in the movie.  My mother firmly corrected her and said with conviction, firmness, and authority, “Yes she did.  That was Julie Andrew’s voice.” 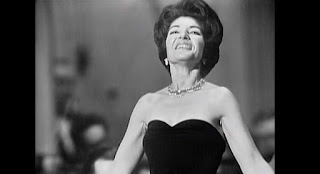 When I was in high school my mother and I watched a documentary that showed clips of the beautiful and talented opera singer Maria Callas. (Left)  My mother told me that when she was a little girl she dreamed of becoming an opera singer. 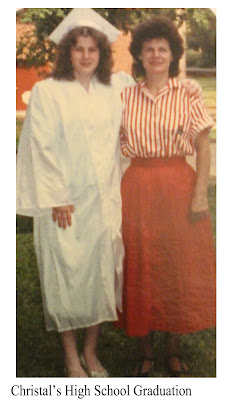 I think The Sound of Music gave us the temporary happy ending in our world, where the day to day grind of our every day life seemed to only highlight the missing pieces within us – but then we would watch The Sound of Music and those missing pieces would disappear and we would be in another world – whole, holy, beautiful, and able to sing – our voice pleasing to others. 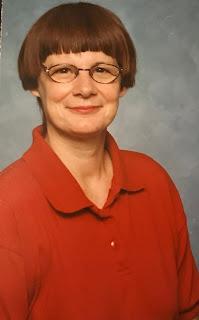 My mother died unexpectedly on New Year’s Eve 2003 of a brain aneurysm or cerebral hemorrhage.  I wasn’t close to my grandparents so when they died it wasn’t a shock; but my mother’s death was the HUGE SHOCK of my life. Left - My Mom in August 2000.

Throughout my adult years I tried ways of connecting with my mother –some things worked but the one thing that always worked was watching The Sound of Music.   I think that is why I like Julie Andrews so much – keeping up with Julie Andrews is a way of having contact with my mother and keeping her memory alive in me. (Right My Mom in July 1996) 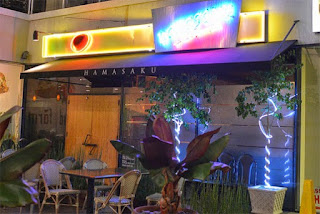 Then two years after my mother’s death I heard about restaurateur Toshi Yuki Kihara on Entertainment Tonight.  Toshi at the time was the manager and owner of celebrity hotspot Hamasaku (Left) on Santa Monica Blvd in Los Angeles, California. 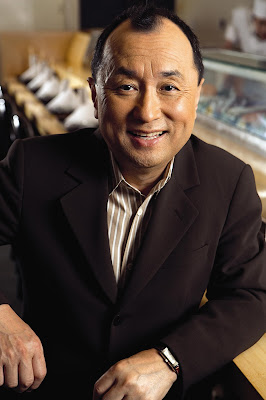 Toshi was gracious to give me an interview and we spent about an hour via telephone talking about his experiences.  He was born and reared in Japan, dreaming of someday coming to America. He worked very hard, and ended up being a pop singer in Japan, but still he dreamed of moving to America, but it never seemed to work out and he faced many struggles. 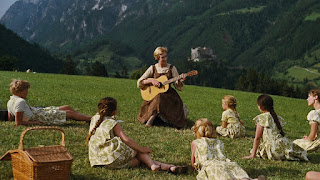 He told me that there was one thing that carried him through those tough years and that was the movie The Sound Of Music and Julie Andrews.  He said he would always remember the movie and the thought of Julie Andrews being his mother made him feel okay, and he was able to go about his day.  He finally moved to Hollywood, California and worked laboriously and the rest is history. 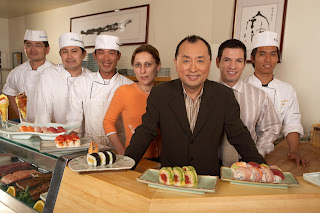 He told me more about his life in America and the struggles he had.  He told me he could have had even bigger success but he would have had to sacrifice his ethics, which is something he would never do.   He told me he cares about his clients and his employees.  He told me that sometimes an employee might have a problem with one of his customers and he’ll say,  “Okay, you take care of that customer, and I will send someone else to take care of this customer.”  He said he cared about his workers, that he wouldn’t be able to have success without them. 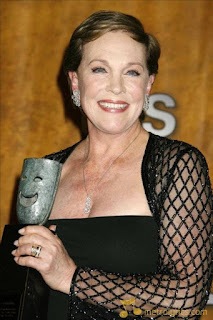 He told me about his favorite customer who would come to his restaurant two to three times a week, always kissing him on his cheek and calling him, “Darling!”   That customer was Julie Andrews. (Left Julie Andrews receiving the SAG Lifetime Achievement Award in 2006  CCBYASA) 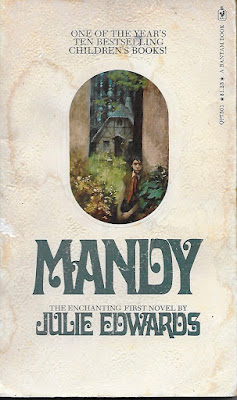 Julie Andrews, however, was never poisonous.  I remembered a book my mother gave me years ago.  It is called Mandy a book for young adults and it is written by Julie Edwards also known as Julie Andrews (her husband is Blake Edwards). 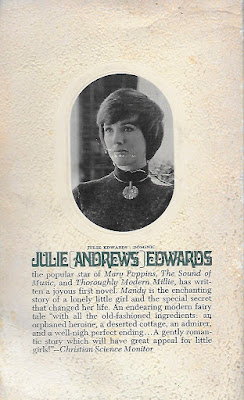 I wrote a long letter to Toshi explain to him how much his experience and his way of handling the tough times by watching The Sound of Music and wishing Julie Andrews was his mother meant so much to me and how in a way it meant a lot to my mother.  I could feel it.  I told him about the book that my mother gave to me, and that I felt it was right that I send it to him; that he would appreciate it more. 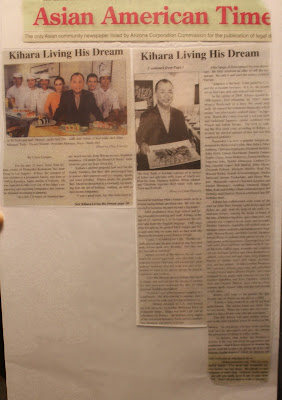 I sent him the package and I figured I’d never hear from him again.  I don’t know how much time passed, but I received a package from him with a letter and inside the package was the book MANDY.  I wasn’t sure what to think of it and then I turned the page, and there in her own handwriting, 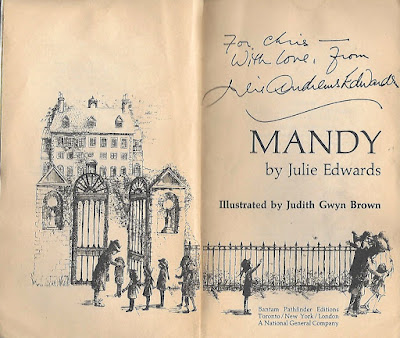 For Chris –
With love, from
Julie Andrews Edwards