****All photographs are granted permission by Charles Salzberg for this CRC Blog Post only unless otherwise noted. 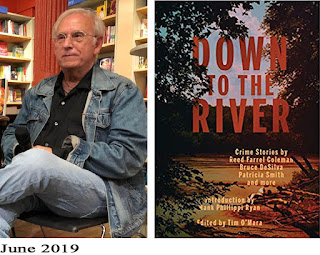 *****Charles Salzberg’s ”No Good Deed” from Down to the River is #50 in the never-ending series called INSIDE THE EMOTION OF FICTION where the Chris Rice Cooper Blog (CRC) focuses on one specific excerpt from a fiction genre and how that fiction writer wrote that specific excerpt.  All INSIDE THE EMOTION OF FICTION links are at the end of this piece.

Name of fiction work? And were there other names you considered that you would like to share with us? The short story is called, “No Good Deed,” and although titles are often difficult to come up with for me, this one popped into my head almost immediately. It seemed so right, I didn’t even try to think of others. 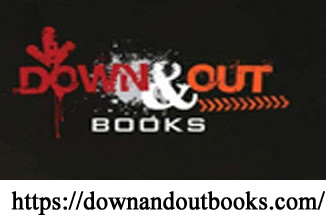 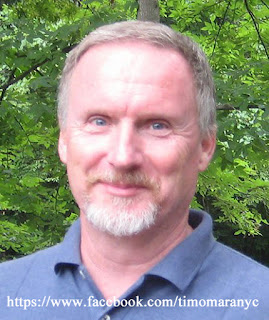 What is the date you began writing this piece of fiction and the date when you completely finished the piece of fiction? I usually don’t write from assignments anymore—I did that for so many years as a magazine journalist and nonfiction book writer—but I was asked by my friend Tim O’Mara to contribute a story having something to do with a river (all proceeds go to charity, by the way). I said yes, because it was an opportunity to challenge myself.  I began to write it last March, I believe, and I was able to complete it in just a few days. 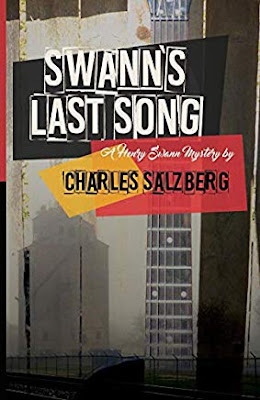 Where did you do most of your writing for this fiction work? And please describe in detail. And can you please include a photo? I do all my writing at my desk—I’m not one of those who can take a laptop and write in a coffee shop, or outside under the shade of a tree (I’m a city kid and if I did, I couldn’t even tell you what kind of tree I was sitting under.) My desk is in a spare bedroom that doubles as a guest room. The desk faces a wall, because if it didn’t I’d probably spend all my time staring out the window—I live on the 32nd floor and the view is breathtaking, allowing me to see in three directions. I’ve got art all over three walls and the fourth is the fourth wall is four seven-foot high leaning bookshelves. There’s also a couch on which I’ll read and sometimes watch TV on a 44-inch screen that’s to the right of my desk. To the left is a printer nestled on top of a file cabinet, to the right another file cabinet.

Right now, I’ve got stacks of books under the window because I was a judge for a major best crime novel contest. At one time, I had almost 700 hardcovers piled high, but now, after giving away as many as I can (I’m still doing that), there are still maybe 100 books waiting to find a home. 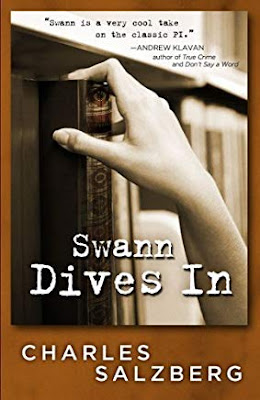 What were your writing habits while writing this work—did you drink something as you wrote, listen to music, write in pen and paper, directly on laptop; specific time of day? I can’t listen to music or anything else while I’m writing. I have terrible work habits—no special time to write—and usually I can spend no more than ten or fifteen minutes at a time writing—I have to get up and walk around, or play on the Internet, answering emails, checking out Facebook. 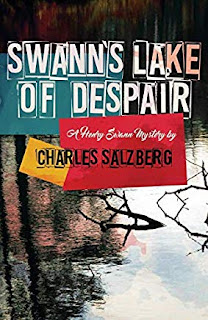 The only reason I can be as productive as I am, with these totally unacceptable work habits, is that I’m a very fast typist, 90 words a minute, and once I sit down in front of the screen I can focus amazingly well. That’s why I can’t have any distractions. I work on a desktop, a Mac. I could never write with pen or pencil because that really seems like work—I learned to type when I was in 7th grade. In order to skip a grade, you had to take typing and it turned out it’s probably the best class I’ve ever taken.  I can work any time, day or night, but I actually prefer to work when the weather is crummy or it’s dark out. That’s because if it’s a beautiful, sunny day, I want to be outside. 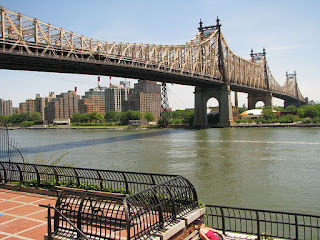 What is the summary of this specific fiction work? A man, getting ready for sleep, gets a phone call from an ex-coworker asking him for a favor. It’s cold and snowy, but the caller needs someone to deliver a package to someone who’s waiting under the 59th Street Bridge (now called the Edward I. Koch Bridge, by the way) (Right and Below). He doesn’t say what’s in the package or why it needs to be delivered. Finally, the fellow is talked into doing the favor, which takes him out on a terrible night to deliver a package to someone he doesn’t know and for reasons he also doesn’t know. 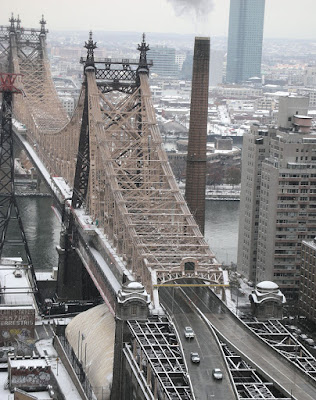 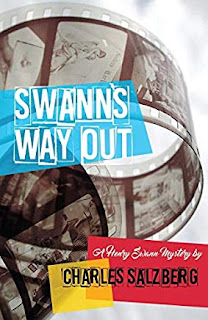 Please include the excerpt and include page numbers as reference. The excerpt can be as short or as long as you prefer.     It’s cold, well below freezing, and the wind whipping off the East River doesn’t help. To make matters worse, you’re not dressed properly. Layers, layers, layers, that’s what they keep telling you on those TV news stories about how to beat the cold now that winter has arrived. And wear a hat. Oh, yes. A hat is essential in freezing weather, because it keeps the heat in. As if we’re some kind of human thermos. And to make matters worse, there’s that It’s going to snow any minute feel in the air.
None of this bodes well for what you’re about to get yourself into.
You have to run out real quick, so you pull on a sweater—it’s cotton, not wool, which claws at your skin like some kind of medieval torture method—grab your black leather bomber jacket, and head out the door. You don’t even remember to wrap a scarf around your neck. As for gloves, well, you know you have a pair somewhere but you don’t have time to look for them.
It’s dark out. Why shouldn’t it be? It’s closing in on 10 p.m. No one but a complete idiot would be out on the streets this time of night in this kind of weather. Even those Upper East Siders with their dogs with foreign sounding names like Havanese and Pekinese, are rich enough and smart enough either to hire a walker or use one of those Wee-Wee pads.
There’s no good reason for you to be out on a night like this unless you’re doing someone a favor. A big favor. A favor you don’t even owe that someone. Just a favor you’re doing because it’s for a friend and because you’re not secure enough about your own worth that you dare say, “I’m sorry, but I just can’t do it. Maybe another time, but not tonight.” Or maybe it’s because you didn’t think fast enough to say no because your brain was dulled from having had too much to drink after another disheartening day at the office and a fight with your girlfriend. Or maybe it’s because you’re feeling a little guilty.
So, you say yes even though you mean to say no. That you want to say no. That you should say no.
The favor doesn’t seem that complicated. Your friend doesn’t even ease into it by saying, “Sorry, for calling so late.” Or asking, “How’ve you been?” No. He doesn’t do any of that. He just wants a favor. A small favor, he says. All you have to do is hand over an envelope to some guy you’ve never met in a spot you’ve never been to.
“What’s all this about?” you ask when your friend calls and
reveals what he wants.
“I can’t really say,” says your friend. His name is Ralph,
and he’s not even a real friend. He’s someone you’ve worked with for maybe a year or so. You see him at work, an occasional drink after work, and you even went to a ball game with him once when he had an extra ticket knowing you probably weren’t first on his list to invite.  What makes it even crazier is that you haven’t worked with him for several weeks because he got canned. Not excessed. Not superannuated. Not laid off. Let go. Fired. Security escorted him out. That kind of fired. He’s stolen money from the firm, but that’s not something you can talk to him about and it’s not something the firm would want to publicize. You know it because it’s your job to know those kinds of things. And sometimes it’s your job to do something about them. Like making sure security walks the guy out. Maybe it stinks, but it goes with the territory. You even feel bad about it, but hey, life is like that sometimes. You gotta do what you gotta do. 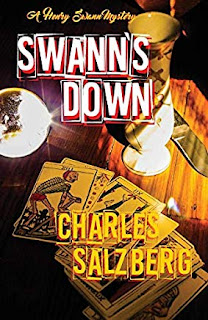 Why is this excerpt so emotional for you? And can you describe your own emotional experience of writing this specific excerpt? It’s emotional because I’m someone who likes to help people out, someone who has a tough time saying no. If something like this happened to me, even though it might be the last thing in the world I’d want to do, I’d probably say yes. And what makes this a little more interesting for me, is that he’s doing it for someone who’s not even a close friend, merely an acquaintance. 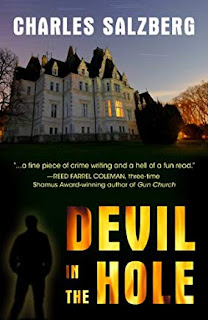 Were there any deletions from this excerpt that you can share with us? And can you please include a photo of your marked up rough drafts of this excerpt. When I first began to write, I used a typewriter, which meant there were plenty of marked up drafts. But now that I use a computer I rarely print out, but almost work exclusively from the screen. That means there are no rough drafts—everything eventually turns into a final draft. 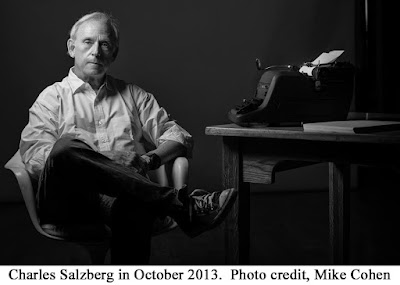 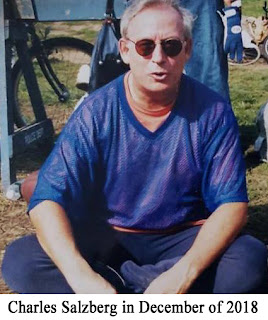 Other works you have published? I’ve probably published close to 100 articles and book reviews, and perhaps two dozen nonfiction books (some by me, some ghostwritten by me, some as collaborations). My favorite nonfiction books are From Set Shot to Slam Dunk, an oral history of the NBA, On a Clear Day They Could See Seventh Place, Baseball’s 10 Worst Teams of the Century, and Soupy Sez: My Zany Life and Times, with Soupy Sales. I wrote an original paperback book back in the late ‘80s, a novel based on an article I wrote on street gamblers. 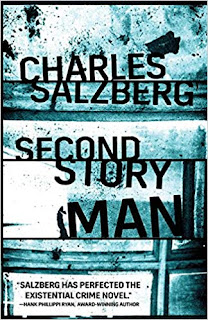 I began to publish crime novels in 2007. Now, the lineup is: Swann’s Last Song, Swann Dives In, Swann’s Lake of Despair, Swann’s Way Out, and Swann’s Down; Devil in the Hole, Second Story Man. I’ve got novellas in the two crime collections, Triple Shot and Three Strikes. I’ve had a story in Long Island Noir, and one called “Canary in the Coal Mine,” published last fall in Mystery Tribune; and I have a story in the Grand Central Noir collection.

Anything you would like to add? I’ve probably said more than enough.

Posted by Chris Rice Cooper Blog at 10:44 AM