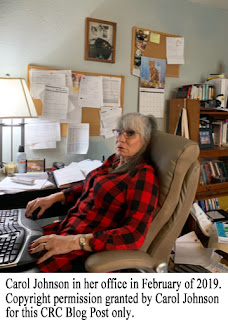 Name of fiction work? And were there other names you considered that you would like to share with us? Silk and Ashes. Previously The Sins of the Mother 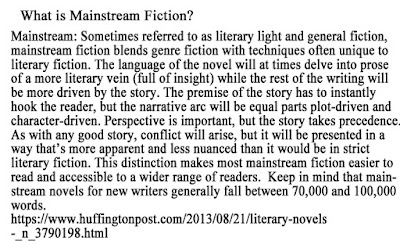 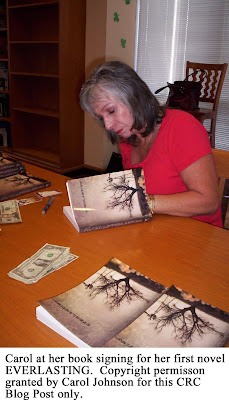 What is the date you began writing this piece of fiction and the date when you completely finished the piece of fiction? Started it right after my first one was published—so 12 years. And I don’t feel that it’s quite finished and may not be until I retire from teaching in a couple of years.
Where did you do most of your writing for this fiction work?  And please describe in detail.  And can you please include a photo?

I did almost all the work in my home office. I started it as soon as I sold Everlasting in 2006. I still lived in my little house in Mounds then. In 2007 we moved to Tulsa into a house I thought was terribly “writerly,” but I don’t think I got much writing done. I started an MFA program in 2011 and wrote a lot more, still in my home office. I graduated in 2013, and finished the book in that same office. In my current office, I’m working on a memoir, and I’ve written short stories and lots and lots of assignments. I share the office with my husband. His side is neat as a pen. My side is cluttered with books and papers and book bags and kicked-off boots and usually a couple of cats 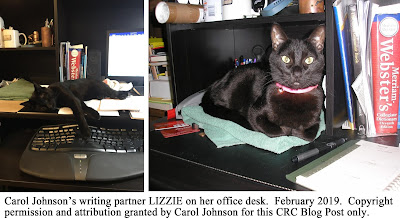 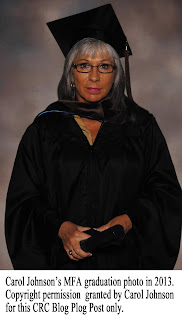 What were your writing habits while writing this work – did you drink something as you wrote, listen to music, write in pen and paper, directly on laptop; specific time of day? I write at any time of day, whenever I have time. It’s hard for me to sit down and start, and once I start, I don’t want to stop. 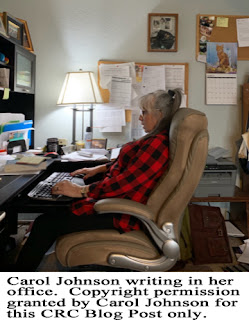 I listen to music a lot, and if I need to evoke a certain time or feeling, I play certain kinds of music—old country music from the sixties, classic rhythm and blues, classic rock, alternative country. I’m usually drinking diet Pepsi, sometimes wine. I always compose directly on the computer. I never use pen and paper. When I first started writing I got up an hour early. When I couldn’t do that anymore, I set aside all day Sunday. To finish Everlasting, I stayed in a cheap motel for a week—no cable, no stereo—in Chandler, OK. It was a gift from a friend. Now, my practice is haphazard. Teaching takes it out of me.

What is the summary of this specific fiction work? 8-year-old girl grows up with an alcoholic mother in 1920s-30s Tulsa and turns into a self-absorbed and selfish woman who cares way more about things than people but learns a few hard lessons.
Can you give the reader just enough information for them to understand what is going on in the excerpt? The girl’s mother has left her alone while she goes off with one of the many men who bring her liquor, and the girl fears she won’t come back.

I didn’t even get to say goodbye when he left. I just woke up one morning to voices and the creaking sound of wheels moving away from the shack. Rolling from under the holey wool blanket, I ran to the window and saw the back end of a cart heading toward the road, most of the bed occupied by a bundled shape secured by a rope.
Mama stood in the yard, watching it go, her breath a cloud before her. When the wagon was no longer visible, she turned and came slowly back inside and sat at the table, the one rickety chair protesting her weight. She stared into space, eyes red and nose running. I went to her and touched her icy hand.
“Who was that?” I asked. She pulled me close, burying her face in my neck. “Who was it?” I asked again.
She raised her head and stared at the wall, eyes dull. “Mr. Seligman.”
“Who’s Mr. Seligman?”
“The undertaker.”
“What’s an undertaker?” She didn’t answer. “Why was he here?”
She made a hitching sound in her throat. “He came for your Granddaddy.”
I hadn’t seen Granddaddy. Maybe he was crouched down on the floorboard at Mr. Seligman’s feet. “Where did he take Granddaddy?”
She pushed me away. “Down the road a piece.”
“When is he coming home?” I asked.
“He’s not. He’s not coming home.”
“But where’s he going to live, Mama? Are we going there?”
“No. He passed on. He’s dead.”
“But where is--
Mama slapped the table. “Good Lord, Amy, why do you always have to ask every damned question God ever thought up?” She started removing her coat. “He’s gone. Dead and gone. He ain’t here, he ain’t going to be here, and that’s all there is to it.”
I knew what dead was, but “gone” stumped me. Where had he gone? I’d come across a possum once, on my way to the outhouse. The ugly thing bared its teeth and hissed when it saw me, then fell over like it had been hit with a shovel. I poked it with a stick, tried to pry it from its inward-curled position, but the pointy-faced thing with the human-like hands just laid there, stiff as a brick. I’d killed it just by looking at it. I couldn’t wait to show Granddaddy.
I sat on the front steps, waiting for him to come back from town. Occasionally, I’d run around the house and poke the possum with my stick. When I finally saw Granddaddy’s shape, recognized his loose-limbed walk, I ran up the road to meet him. I dragged him around the house to see my prize
It was gone. Not just dead, now, but dead and gone. “It was here, Granddaddy. It was.”
Granddaddy laughed hard and slapped his knee at my bewilderment. “It was a possum, girl. That’s what they do—play dead till you quit poking at ‘em, then run off.”

So now, Granddaddy was gone, as gone as that possum, and Mama was gone, and I was sitting here on this rotten porch, wondering if she was ever coming back. I hated that it mattered, but it did, and I knew she’d never stop leaving, and I’d never stop caring. I sighed and picked at my scab some more, then pulled the skirt of my dress over my knees and hugged my legs.
I could wish Cy Shackleford dead till a stone bled, but I knew in the back of my mind that if it wasn’t him dragging Mama off somewhere it’d be another man with a bottle. Sometimes Mr. Tuttle showed up, or the Bushyhead twins—at least till Milt shot Willard in a drunken disagreement while frog gigging. Then it was just Milt. He brought me candy sometimes. But Mr. Tuttle. Looking at him made me feel like I was going to pee my pants. I had never seen him hit Mama, but once she came home with a swollen lip and a missing tooth. She’d still go with him, though, if he had liquor.
I sighed again. It didn’t matter if she left with a Bushyhead or a Tuttle or the man in the moon. I was always scared she wouldn’t return. She laughed at my fears. Hadn’t she always come back?
Why is this excerpt so emotional for you?  And can you describe your own emotional experience of writing this specific excerpt? It was emotional because of my childhood, and I can’t really talk about that. 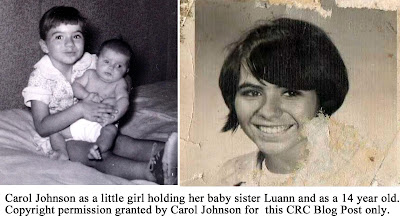 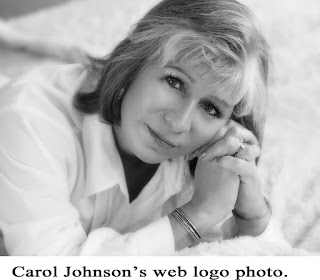 Carol Johnson is associate professor of English at Tulsa Community College. She received a B.A. in English from Northeastern State University, an M.A. in language and literature from the University of Tulsa, and an M.F.A. in creative writing from Oklahoma City University. She served on the editorial board of Nimrod International Journal for almost 20 years. 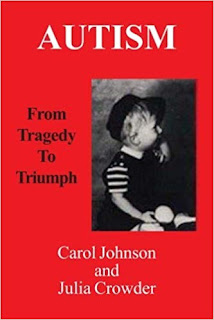 A nonfiction book, Autism: From Tragedy to Triumph, was published in 1993 and her first novel, Everlasting, published in 2006, was a finalist for the Oklahoma Book Award. Her short fiction has appeared in The Red Earth Review, Red Truck Review, Foliate Oak, Tulsa Review, and Clackamas Literary Review, among others. She is an unrepentant blogger and has upwards of 20 followers. Seriously.
vadasmaker@gmail.com