#16 INSIDE THE EMOTION OF FICTION "Little Boy Lost" by J.D. Trafford 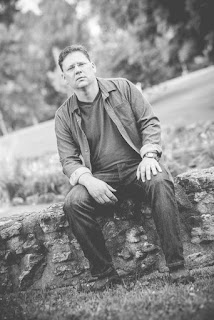 Name of fiction work? And were there other names you considered that you would like to share with us?  Little Boy Lost is the title.  When I initially started writing it, the working title was St. Louis Blues, which I knew was terrible but I need something.

Fiction genre?  Ex science fiction, short story, fantasy novella, romance, drama, crime, plays, flash fiction, historical, comedy,  etc.  And how many pages long?   Little Boy Lost is a novel of legal fiction/mystery.  It is 316 pages.
Has this been published? And it is totally fine if the answer is no.   If yes, what publisher and what publication date?  It has been published by Thomas & Mercer, and it was released July of 2017.
What is the date you began writing this piece of fiction and the date when you completely finished the piece of fiction?  I wrote an initial draft over ten years ago, but it didn’t feel right.  Then I started a new draft after the Michael Brown shooting in Ferguson, Missouri, and the book took a year to write from there. 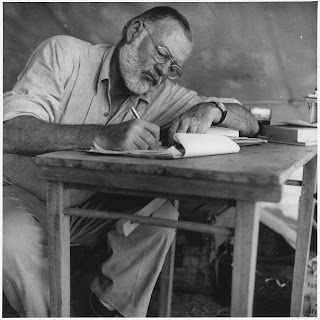 Where did you do most of your writing for this fiction work?  And please describe in detail.  And can you please include a photo?   I worked at an old roll-top desk that was my wife’s great grandfather’s desk.  I usually write in the early morning before the kids get out of bed.  Hemmingway said to write before the critics in your head wake up, and I think that’s good advice. 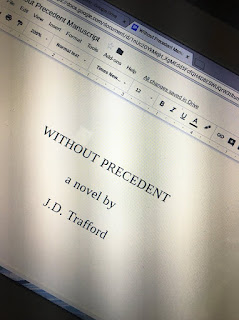 What were your writing habits while writing this work- did you drink something as you wrote, listen to music, write in pen and paper, directly on laptop; specific time of day?   No music (unlike Stephen King) and no alcohol (unlike . . . a lot of writers).  Just coffee and a laptop.  I think a lot of writers spend too much time talking about being writers and thinking about what it would be like to be a writer.  Instead, you just have to write.  I try to write every day, but life sometimes interferes.

Can you give the reader just enough information for them to understand what is going on in the excerpt?  By this point in the book, Justin Glass has agreed to find Tanisha Walker’s missing brother, a boy who nobody wants to be found.  He decides to spend one light looking for him by visiting former girlfriends, and then goes back to his office late at night.  This is when the scene unfolds.

Please include excerpt and include page numbers as reference.  The excerpt can be as short or as long as you prefer.  Chapter 8 of Little Boy Lost

There was a narrow path to the alley between my office and the building next door.  I pulled out my cell phone and dialed 911 as I ran toward the noise. When the operator answered, I slowed a little, telling her who and where I was, but kept going forward.

She wanted me to stop and wait, but I didn’t.

Three kids stood over Hermes’s brother in the back of the Northside Roastery.

Nikolas was on the ground.  A broken computer monitor sat nearby.  One arms was bent.  His other arm tried to protect his head from another blow as he struggled to crawl away.

I didn’t think anything through.  NO plan.  I just had to stop it.  ‘Police, get your hands u in the air.”  I held up my cell phone like it was a badge and put my hand on my hip like I was about to pull a gun.  In the darkness and shadows of the back alley, I hoped that nobody could tell that none of it was real.  I kept barking orders at them as I moved closer.

They didn’t stick around.  The trio took off down the alley, and within seconds they were gone.

“Nikolas,” I crouched next to him, but anticipating another strike, he whimpered and tried to get away.  “It’s Justin Glass.  You’re going to be OK.  Lie still.”  I lowered my voice, calm.  “Lie still, Nik; help is coming.”

I put my hand out.  I tried to provide a gentle touch to reassure Nikolas that I wasn’t a threat, but as I reached for him they alley flooded with flashing lights and sirens.  I turned and was blinded.

Somebody yelled at me, but I didn't understand. "What?" I asked to a jumble of commands. Then a sickening flash of clarity as two police officers rushed toward me with their guns drawn: I was a black man, crouched over a downed white man in a dark alley. This was how it ends.

"I'm Justin Gl---" I managed before a thick white cop drove me into the pavement. 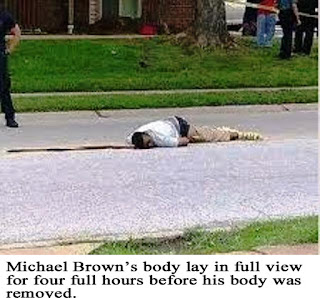 Why is this excerpt so emotional for you?  And can you describe your own emotional experience of writing this specific excerpt?   It was difficult scene to write on a variety of levels.  Obviously it is a tragedy.  On a superficial level it is about being at the wrong place at the wrong time, but a deeper level it raises issues about racial inequalities, implicit bias, and, frankly, express bias or racism. 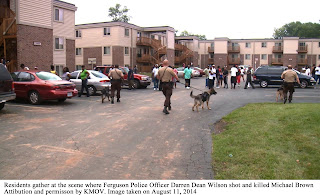 I rewrote it many times.  The first time there was no express mention of race and wasn’t particularly violent.  I was afraid that it would come across as crude or cartoonish, but after multiple versions I think I was able to bring out the feelings and emotions that I wanted without going over the top. 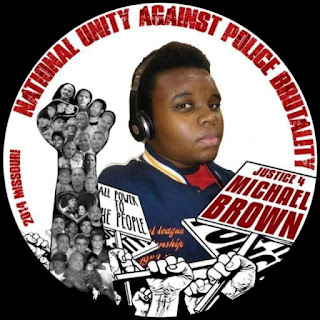 Even after re-reading it for this query, my heart beats a little faster and I get sick to my stomach.
Other works you have published?
No Time To Run
No Time To Die
No Time To Hide
Good Intentions
Without Precedent (coming in March of 2019) 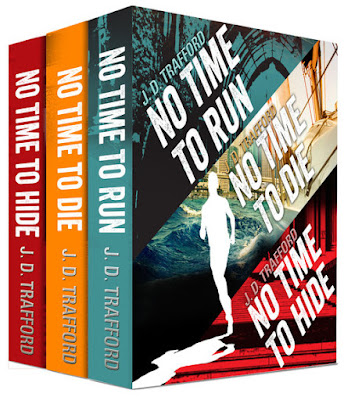 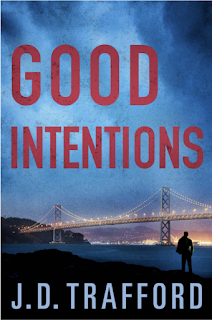 Anything you would like to add?  There is nothing wrong with writing fiction that appeals to a broad audience.  Literary fiction has its place, but give me a murder and a mystery any day.  I think that professors underestimate the lessons that can be learned and the issues that can be illuminated by a good mystery. 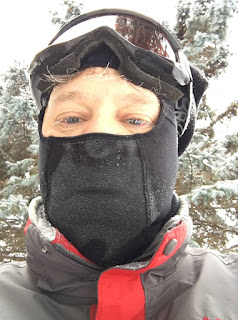 J.D. Trafford is an award-winning author who has been profiled in Mystery Scene Magazine (A “writer of merit”). His debut novel was selected as an IndieReader bestselling pick, and his books have topped Amazon’s bestseller lists, including Amazon’s #1 Legal Thriller. 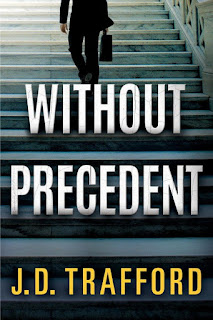 In addition to graduating with honors from a Top 20 Law school, J.D. Trafford has worked as a civil and criminal prosecutor, an associate at a large national law firm, and a non-profit attorney for people who could not afford legal representation.
Prior to law school, J.D. Trafford worked in Washington D.C. and lived in Saint Louis, Missouri.  He worked on issues of housing, education, and poverty in communities of color.
https://www.jdtrafford.com/