#27 Inside the Emotion of Fiction's "RAFAEL" by Faith Gibson

All photos are given copyright permission granted by Faith Gibson unless otherwise noted. 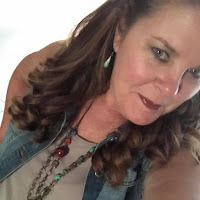 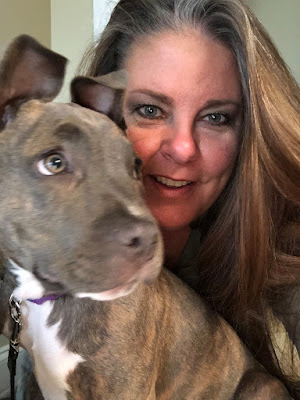 Name of fiction work? And were there other names you considered that you would like to share with us? Rafael.  It is a book 1 in The Stone Society.  I decided when I started the series I would title the books after the main character, and since Rafael was King, and his story was first, there were no other considerations for the title. (Right: Faith with her dog in December of 2018) 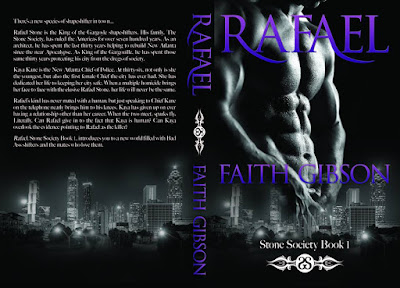 Fiction genre?  Ex science fiction, short story, fantasy novella, romance, drama, crime, plays, flash fiction, historical, comedy, movie script, screenplay, etc.  And how many pages long? Rafael is a paranormal romance with a huge slice of action and adventure.  The romance is there but it takes a back seat to the overall story.  It is 316 pages.

Has this been published? And it is totally fine if the answer is no.   If yes, what publisher and what publication date? Rafael was published November 2014.  I self-published under the pen name Faith Gibson.  It wasn’t until later that I formed a publishing name of Bramblerose Press LLC. 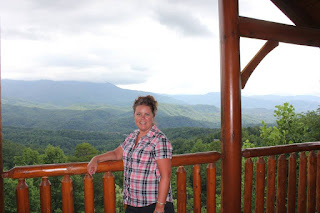 What is the date you began writing this piece of fiction and the date when you completely finished the piece of fiction? I honestly can’t remember. It took about two months to write and another couple of months to edit and revise, so I probably started it in June or July of 2014. (Left: Faith at a book reading in Gatlinburg in July 2014) 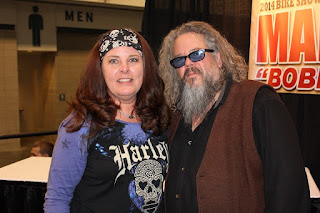 Where did you do most of your writing for this fiction work?  And please describe in detail.  And can you please include a photo? I did most of my writing when I started at my kitchen table.  If the weather was nice, I would sit on my back patio.  I have since moved, and I now have an office (photo of office below right) where I do all my writing. (Left:  Faith Gibson and Mark Boone from SONS OF ANARCHY in 2014) 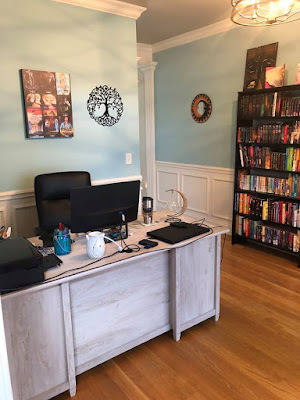 What were your writing habits while writing this work- did you drink something as you wrote, listen to music, write in pen and paper, directly on laptop; specific time of day? When I first began, I had a daytime job, so most of my writing was done on the weekend before my husband woke and turned on the television.  I like to write while the house is quiet.  If I need to write and there is noise in the house, I put on earphones and play classical music or a thunderstorm soundtrack.  I get distracted if there are lyrics, therefore the instrumentals. 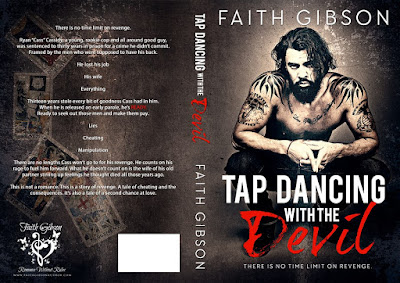 Now, I write every day, still in the quiet.  I wake up, drink coffee, then get to writing.  This is my career, so I treat it as a day to day job.  I write, take a lunch break, then write some more until it’s time to cook supper.  I rarely write with pencil and paper.  Only if I’m on vacation and the words strike me when I can’t use my laptop. 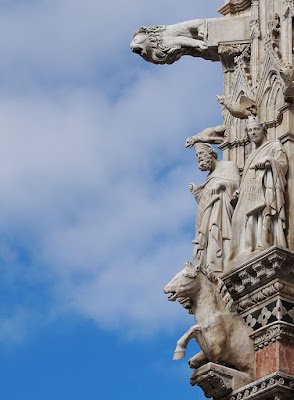 What is the summary of this specific fiction work? Rafael is an introduction to the series, The Stone Society.  A clan of Gargoyle shifters begin to find their mates in humans, and each story is about a different Gargoyle and their mate, and what they have to go through to be together.  There is a continuous story are throughout. (Right: Gargoyles of Siena Cathedral, Italy) 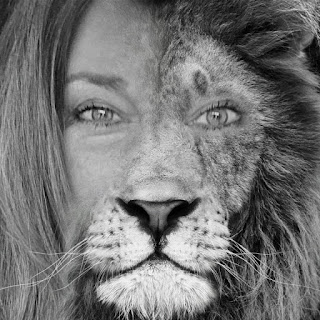 Can you give the reader just enough information for them to understand what is going on in the excerpt? In the excerpt, Kaya, the lead female, is the chief of police.  She has reason to believe Rafael Stone is behind a string of murders in New Atlanta.  At this point in the story, he had convinced her someone else was responsible, but she receives evidence pointing at him.
Please include the excerpt and include page numbers as reference.  The excerpt can be as short or as long as you prefer.  Rafael knew something was wrong. He could feel the emotions rolling off Kaya. After taking his car home, he flew back to her house, wanting to be close to her. What the fuck was going on inside? Her heart rate was accelerated. She was crying and, fuck, was she throwing up? Fuck! He couldn’t stand being out here when she needed him. How could he explain knocking on her door so quickly and having changed clothes at that?
He quietly dropped to the ground and listened. The water turned on, and she brushed her teeth. The water turned off. She was walking through the house. Now she was talking. “Dane, Kaya. Listen, I know you’re sick but I really have to talk to you. I hate to leave this shit in a message, but I need you. Jorgenson’s dead. I sent him to that address you gave me and now he’s dead. We have another body that could be Magnus Flanagan. I also know who the killer is. I hope you’re feeling better, because I really need you. Please, call me.”
Jealousy charged through Rafe like a parade of bulls. “She needs him?” He made himself calm down and think rationally. Of course, she needed him as a detective. If he found out she needed the kid for anything else, he would rip his balls off. With his claws. Wait, she knew who the killer was? How the hell did she know that when he just left her. He had to get closer.
Quietly, he made his way to the window outside her living room. Her curtains were cracked just enough for him to see her. Kaya was sitting on the sofa with her laptop open on the coffee table in front of her. She was watching a video of some sort, rewinding then playing again. When she froze the video at one point, she started crying. Rafe looked at the laptop. He was staring at himself coming out of the warehouse. Oh, fuck me, motherfucking fuck me. She thinks I’m the killer.
He knelt down, placing his fists to the ground so he wouldn’t be tempted to punch something. He had to think. FUCK!  How in the name of all that was holy did someone get a video of him? Was that all that it showed or did it show him phasing as well? Did he go inside and tell her the truth? Did he take the chance on exposing himself and his kind? Would she accept it or would she arrest him?
Her front door opened, and Kaya headed to her car. She undoubtedly was going to the station. In her hand she held the laptop and the damning evidence. If he stopped her it would be bad, but if he let her go it would be worse. Fuck it. “Kaya!” he yelled out to her before she could open her car door. He jogged toward her, but the look on her face stopped him in his tracks. She was staring at him as if he were a complete stranger. A stranger dressed exactly as he was in the video.
“Please, Kaya, let me explain. It’s not what you think; I promise. Just give me five minutes, and if you aren’t convinced, I’ll put the handcuffs on myself.”
“You lied to me. You lied and made me look like a fool. I let you touch me.”
“I didn’t lie, I just withheld information. Please, Sweetheart, let me explain.”
“Don’t you sweetheart me, Mr. Stone. Withholding information is lying by omission.”
“I did it to protect you. Please, five minutes. That’s all I ask.”
“Fine, start talking.”
“Not out here. What I have to tell you, show you, should be done in private.”
“Do you take me for an idiot? If I let you get me alone, I’ll be vulnerable. At least out here the neighbors have a chance of seeing you kill me.”
She thought he was capable of such atrocities? At that moment, Rafe felt pain, real pain, and it was straight through his heart.
“I would never hurt you, never. I am not a killer. No, that’s not true, I have killed before.” She blanched and reached for her gun. She dropped everything in her arms and pointed her pistol at him.
“You just admitted you’re guilty. Rafael Stone, you’re under arrest…” 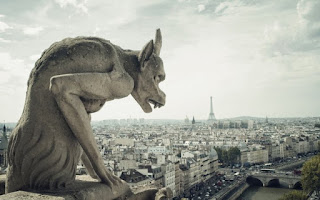 Why is this excerpt so emotional for you?  And can you describe your own emotional experience of writing this specific excerpt? It’s a turning point in the story.  Trust is so important in any relationship, and up to that point, Rafael has gotten Kaya to trust him and believe he wants her and wants what is best for both her as well as their city.  The evidence is strong against Rafael, and Kaya no longer believes he is an honorable man. 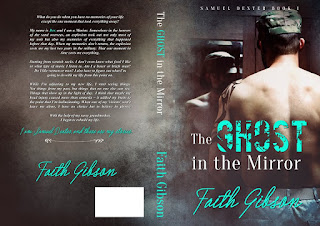 Other works you have published? The Stone Society has 11 full length stories plus two novellas.  Tap Dancing With the Devil is my MF suspense.  The Music Within has 3 MM contemporary romances, and The Samuel Dexter series is MM fantasy ghost stories.  I have a YA trilogy (books 1 and 2 currently out) under the pen name Andi Copeland.

Anything you would like to add? Writing isn’t just my job, it’s my passion.  I have so many stories rolling around in my brain and not enough time to get them all down on paper. 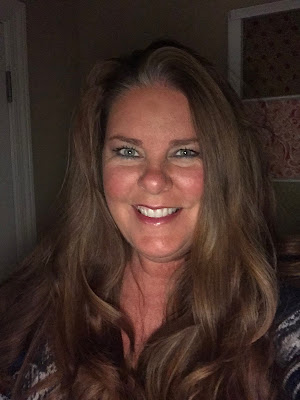 Faith Gibson is a multi-genre author who lives outside Nashville, Tennessee with the love of her life, and her four-legged best friend. She strongly believes that love is love, and there's not enough love in the world. She began writing in high school and over the years, penned many stories and poems. When her dreams continued to get crazier than the one before, she decided to keep a dream journal.

Many of these night-time escapades have led to a line, a chapter, and even a complete story. You won't find her books in only one genre, but they will all have one thing in common: a happy ending.

When asked what her purpose in life is, she will say to entertain the masses. Even if it's one person at a time.

When Faith isn't hard at work on her next story, she can be found playing trivia while enjoying craft beer, reading, or playing with her puppy.
faithgibsonauthor@gmail.com

Posted by Chris Rice Cooper Blog at 6:07 AM