*The images in this specific piece are granted copyright privilege by:  Public Domain, CCSAL, GNU Free Documentation Licenses, Fair Use Under The United States Copyright Law, or given copyright privilege by the copyright holder which is identified beneath the individual photo.
**Some of the links will have to be copied and then posted in your search engine in order to pull up properly
*** The CRC Blog welcomes submissions from published and unpublished poets for BACKSTORY OF THE POEM series.  Contact CRC Blog via email at caccoop@aol.com or personal Facebook messaging at https://www.facebook.com/car.cooper.7
****This is #114 in the never-ending series called BACKSTORY OF THE POEM where the Chris Rice Cooper Blog (CRC) focuses on one specific poem and how the poet wrote that specific poem.  All BACKSTORY OF THE POEM links are at the end of this piece. 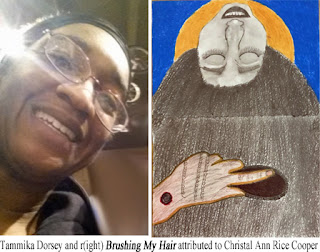 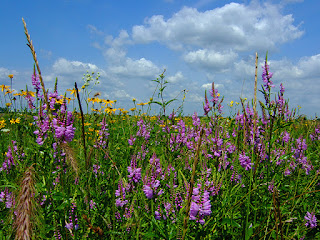 Can you go through the step-by-step process of writing this poem from the moment the idea was first conceived in your brain until final form? Every day at work, during our two fifteen-minute breaks, several employees walk for exercise and stress relief.  We are fortunate to be in an area where walking outside is possible; and, if I take a moment to look around, you can see God’s Artwork in the nature around me.  On this sunny, windy day in September of 2017, as I walked pass the golden field of wildflowers and tall grass, the inspiration for two poems began to form in my mind.  I watched some of my co-workers try to restore wind blown hair as gusts of wind surrounded us from time to time. (Above Left - Wildflower field in Illinois) 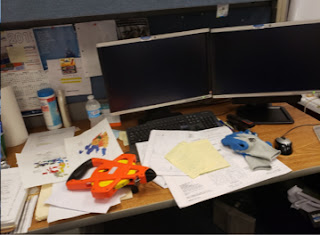 Where were you when you started to actually write the poem?  And please describe the place in great detail. Back at my desk (Right), I grabbed the nearest paper I could write on to put down the poems in my head.  I had a nice private space where I wouldn’t be disturbed.  Even though part of the desk was cluttered with a few workbooks, maps, and post it notes of instructions, I always had a cleared area to write.

How many drafts of this poem did you write before going to the final? (And can you share a photograph of your rough drafts with pen markings on it?) I wrote the poems once.  With Brushing My Hair, I haven’t made any changes to it yet.  I simply typed it up as it is. 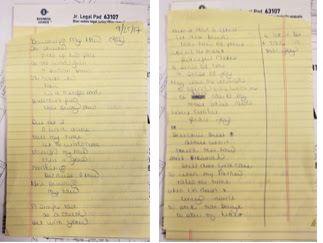 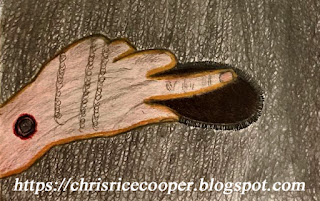 Which part of the poem was the most emotional of you to write and why? Having my hair brushed in the past by someone I loved brought a sense of comfort to me then.  I knew that person loved me and wanted to take care of me.  I felt protected and safe during that time.  Writing this poem reminded me of that, something I haven’t experienced lately with others.  God reminded me of His Comfort and Peace that day; His Protection and Safety. 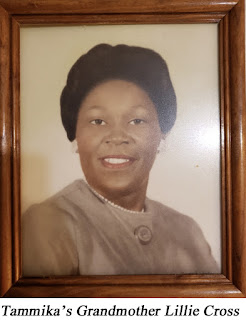 The poem also reminded me of my grandmother, when she would comb or brush my hair.  I always felt that she was my comforter and encourager whenever I visited.  I miss her sometimes more than others.  I miss that with her.
Has this poem been published before?  And if so where? Brushing My Hair has not been published. 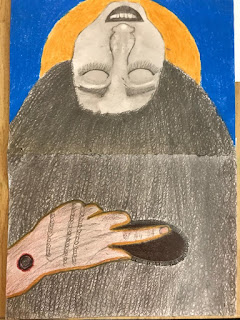 Anything you would like to add? I am currently developing my website in-between everything else in life right now.  I’ll get back to you on a biography perhaps another time.  Maybe something brief.
Brushing My Hair

A simple task
as a child
sit with your
guardian a while
let them brush
that hair of yours
one of the most
peaceful chores
a sense of love
a sense of joy
they love me enough
to spend time with me
to take care of my
most basic needs
love, comfort
peace and joy

selective still
about who will
touch this hair 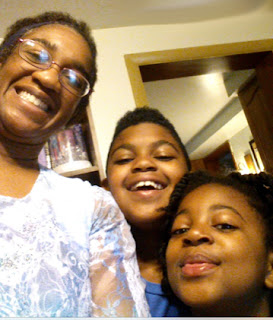 Tammika is currently a full-time working mom of two wonderful children.  Though she is working in the field of transportation, she aspires to fully develop her career as a writer before the next decade passes her by.  She enjoys music, walks, nature, and crafts of all sorts.  She’s been writing stories since she was a child and poetry since her teen years.  It helped her work through the issues of life and entertained her friends. tmdjones1@gmail.com