#6 Backstory of the Poem: Susan Sundwall's "The Ringmaster"

***This is the sixth in a never-ending series called BACKSTORY OF THE POEM where the Chris Rice Cooper Blog (CRC) focuses on one specific poem and how the poet wrote that specific poem. 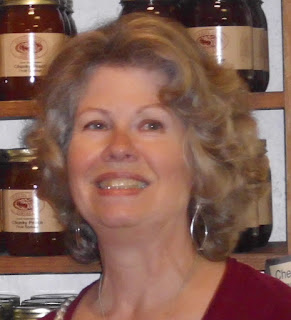 Backstory of the Poem
“The Ring-master”
by Susan Sundwall
scsundwall@gmail.com 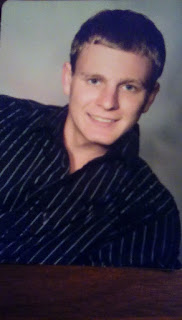 Can you go through the step-by-step process of writing this poem from the moment the idea was first conceived in your brain until final form?
On my blog, back in March of 2013 when I first posted this poem, I mention that it came to me in a lightning bolt. It was just about like that and the result of being called on to comfort a friend because of a tragic, needless death. A young man of my acquaintance had overdosed in his grandparents’ home. Her husband found Andrew (Above Right) dead in their upstairs bedroom. I was one of the first people they called. Andrew had just turned 21. It was awful. And infuriating. 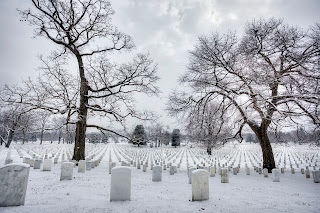 Where were you when you started to actually write the poem?  And please describe the place in great detail.
I was at the graveside
of the twenty-one-year old drug overdose victim. Images of people dancing like puppets to a cracking whip kept assailing my brain. It was nearly the end of winter and the ground was 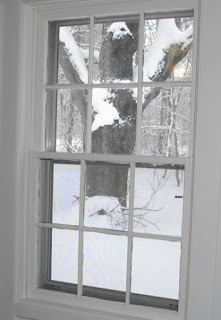 slushy from melting snow. Mourners carefully navigated down the path to where the casket sat above the grave, waiting to be lowered into the ground. Everyone was deathly quiet as the last words over his young, violated body were pronounced. His friends were huddled together, stunned at what had happened and angry. It’s a moment frozen in time for me, surreal with a tinge of the malevolent. All of this followed me home where I sat down and began to compose the poem. (Above Left Arlington Cemetery)  and (Above Right Sundwall's window in her home) 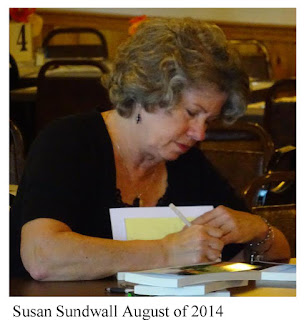 How many drafts of this poem did you write before going to the final? (And can you share a photograph of your rough drafts with pen markings on it?)
I don’t know how many drafts I did, but probably only a few since my emotions were so high and it seemed to flow more easily than other poems I'd written. 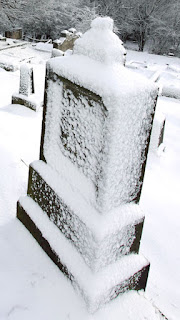 Were there any lines in any of your rough drafts of this poem that were not in the final version?  And can you share them with us?
I had to fiddle a bit with the ending so “to their graves” went in and out of the poem. In the end I decided to add the line two more times in decreasing font size to emphasize the descent into madness that drug abuse can bring. (Right Tomb at Arlington Cemetery) 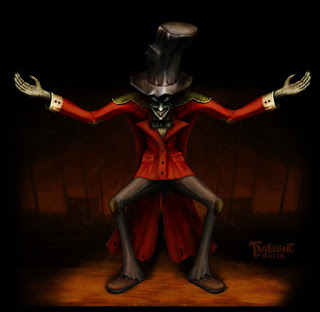 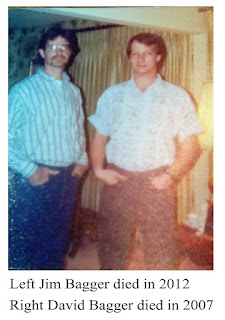 I wrote this poem about a week after the funeral and posted it on my blog attempting to expose the lie that drugs can often be. I felt guided by God's hand to write it.
I am so grateful for all the people who commented on the poem when it was featured on my blog. Many of them knew Andrew or had been touched themselves by the profusion of drug abuse that seemed to be plaguing our country then as it does now. I also have two brothers whose fate was similar to the young man who inspired the poem. I dedicated it to the three of them.
http://susansundwall.blogspot.com/2013/03/something-id-rather-not-write.html?m=0 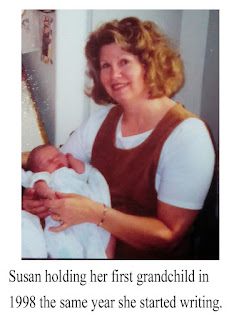 Your biography?
I began writing for children about twenty years ago. My sister had asked for material for a family newspaper she was putting together. My latent desire to write began to bloom and I wrote a story called “The Legend of Mary’s Sparrow.”  I got such good feedback from it I began freelancing, blogging and writing poetry. I revised that first story and it was published years 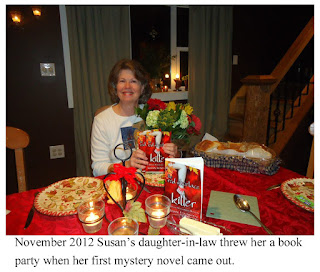 later in an anthology by Knowonder. I hope some day it will become a stand alone picture book. I’m also the author of the Minnie Markwood mystery series and I've self published two short romance anthologies.

Anything you would like to add?
In Paul’s letter to the Corinthians (I Cor. 6:19) we find the oft quoted verse about our bodies being a temple. “Do you not know that your bodies are temples of the Holy Spirit, who is in you, whom you have received from God?” But the second half of the verse always had more meaning for me. “You are not your own;  you were bought with a price. Therefore honor God in your bodies.” 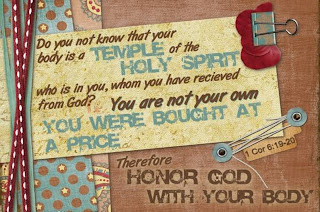 These lines came to me time and time again as I fought to get this poem out. I struggled because I knew it could have an effect and even though I always try to keep my blog postings light, I felt God directing me to use this platform in this instance for something more. I wondered if my own fury at rampant substance abuse might mirror our Lord’s fury as he turned over the money changers tables in the temple. I was filled with righteous anger. God created us for so much more than we ever think.

The Ringmaster’s name is Cocaine.
She will smile as she calls out your name,

“Inside of the ring, dear, you’ll see,
how your troubles and sorrows will flee.”

So you join in the Ringmaster’s dance;
life is rough - why not take the chance?

That the Ringmaster knows more than you
and the things that he tells you are true.

The trapeze that you seize flings you high
it’s so pleasant this rush to the sky.

You feel like you’re wearing a crown;
won’t ever, not ever, come down.

It’s so wonderful here at the top.
Please, oh please, it just can’t ever stop.

But you glance at the Ringmaster’s face,
and somehow you see there no grace.

She whispers, “I know you want more.”
And his lies hide the dead on the floor

of the Circus where fools become slaves
and dance all the way to their graves . . .