Backstory of the Poem
“That Night”
by Leslea Newman
www.lesleanewman.com 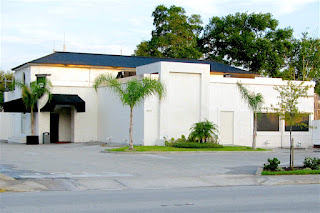 Can you go through the step-by-step process of writing this poem from the moment the idea was first conceived in your brain until final form?   The form came pretty quickly to me. I was struck by the word “shot” (I am very much a language poet). I was thinking about being at a bar getting shot while drinking a shot. And very quickly that made me think of a bartender crying out “Last call” and people making last calls on their cell phones. And then the poem grew out of that. 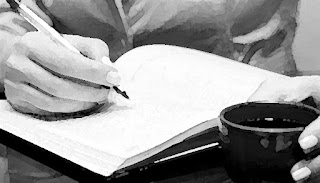 Where were you when you started to actually write the poem?  And please describe the place in great detail.   I start each poem in the same place: sitting on the couch in my study at home. I have a spiral notebook on my lap, I am holding a pen, a cup of camomille tea is in front of me, and my cat is sitting on her perch behind me. 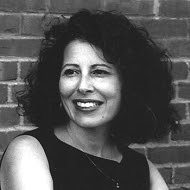 How many drafts of this poem did you write before going to the final? (And can you share a photograph of your rough drafts with pen markings on it?)   The poem went through at least 15 drafts, probably more like 20, which is typical of all my poetry. 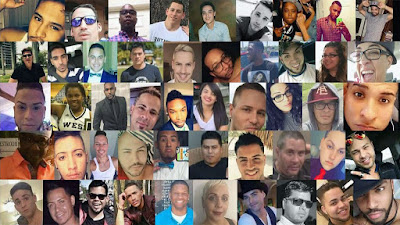 What do you want readers of this poem to take from this poem?   I want readers to imagine what it was like to be in that night club on the night of this tragedy. Real people were killed. People who had friends, families, loved ones. People who had hopes and dreams. Mothers, fathers, sisters, brothers, aunts, uncles, cousins, friends. People who were just out to have a good time. It could have been any of us. I hope the poem will inspire people to feel empathy towards others and and think about what they can do to make the world a safer place for all.

Which part of the poem was the most emotional of you to write and why?   The whole poem was very emotional to write. I came out in the 1980’s and went to many LGBT Bars (which we called gay bars at the time). It was where we felt safe. Plus my spouse is a deejay and spent many many nights playing in clubs. I never feared for her safety when she went to work on a Friday or Saturday night. So in addition to the devastation of so many lives lost, there was the devastation of losing that safe harbor. Above Right - Leslea and her spouse Mary Vazquez on their wedding day in September 1998 and in 2017.

Your Biography?   I am the author of 70 books for readers of all ages, including the poetry collections I CARRY MY MOTHER, OCTOBER MOURNING: A SONG FOR MATTHEW SHEPARD (novel-in-verse), STILL LIFE WITH BUDDY, and the children’s classic, HEATHER HAS TWO MOMMIES. I served as the poet laureate of Northampton, MA from 2008 - 2010 and currently am a faculty member of Spalding University’s low-residency MFA in Writing program.

Has this poem ben published before?  And if so where?   The poem is taken from my brand new poetry collection entitled LOVELY which was published on January 2, 2018 by Headmistress Press. More information about the book can be found here: http://www.lesleanewman.com/newbks.htm

Where were you when you learned what had 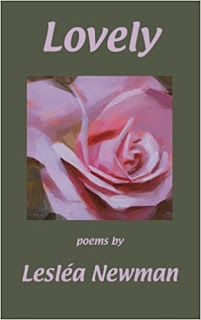 happened?   I was sitting at my desk, scrolling through Facebook.

THAT NIGHT
Fifty people are dead after a man opened fire early Sunday inside a gay nightclub in Orlando.
New York Times

That night the bartender cried, “Last call!”
That night we frantically made last calls