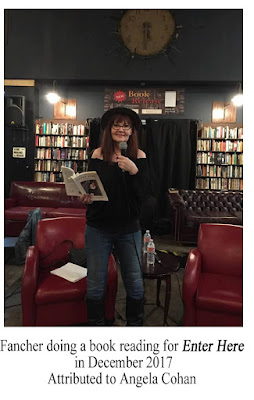 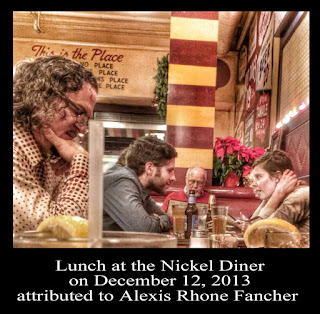 Can you go through the step-by-step process of writing this poem from the moment the idea was first conceived in your brain until final form?  I met June Fairchild less than a year before she died on Feb. 17th, 2015. My husband and I, then living in downtown Los Angeles, were at lunch. We were seated next to June at the Nickel Diner, the iconic DTLA eatery on Main St. 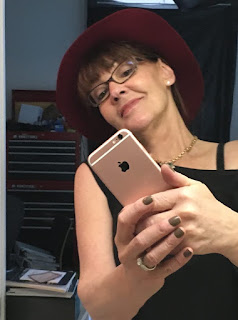 I picked up my phone to check my messages - a photo I’d shot of my husband was the screen saver. June saw it, and struck up a conversation. She needed headshots, she said. She was “making a comeback.”
At first I had no idea who she was, although of course I’d seen “Up In Smoke,” back in the day. The down and out woman sitting next to me bore no resemblance to the sparkling girl on the screen. It was only when Kristen, the 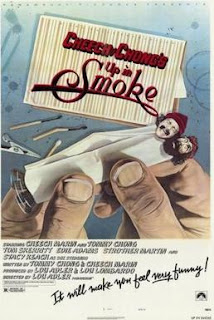 diner’s owner, recognized June and came up to her for an autograph, that I knew who she was.

Before we left the diner, June asked me for my card. She wanted to hire me to shoot her new headshots. When I couldn’t find one, I told June if she gave me her phone number, I would give her a call. She wrote it down in red pen on a napkin, and told me to call her “in a month or so,” when she “had it more together.” 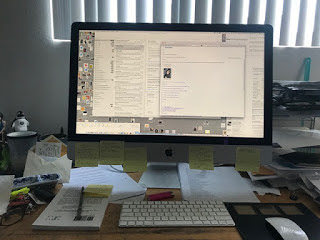 Where were you when you started to actually write the poem?  And please describe the place in great detail.  I began the poem where I begin (and end) almost all my poems, at my desktop Mac computer, in my studio workspace. Big desk. Big computer. Big screen. My workspace is ordered but to the casual eye, it looks rather chaotic. Stacks of unread books, copious post-it notes. The ever-present gardenia candle. Plenty of French Roast coffee. 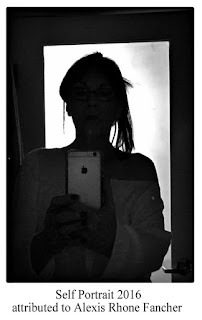 What month and year did you start writing this poem?  Howmany drafts of this poem did you write before going to the final? (And can you share a photograph of your rough drafts with pen markings on it?)      I began writing “June Fairchild Isn’t Dead” on April 22nd of 2015.  “June Fairchild Isn’t Dead” went through 6 separate drafts, as well as several pages of notes and research. I write only on the computer, so there are no drafts with pen markings. The final poem was completed on July 20th, 2015. 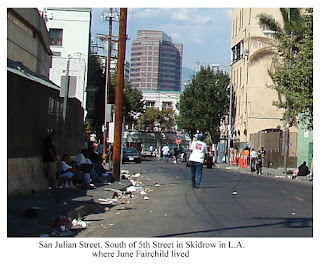 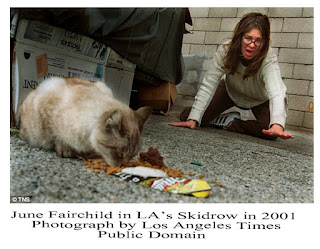 What do you want readers of this poem to take from this poem?  Compassion. We see homeless, defeated people on the street, and give them wide berth. Cross the street to avoid them. We forget that each of them has a story to tell, that each of them, was once some mother’s child. 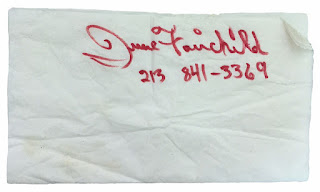 Which part of the poem was the most emotional of you to write and why?  June Fairchild asked me to call her but I never did. I kept that napkin pinned to my bulletin board, a reminder. But I didn’t call. I told myself a homeless woman would have no need for headshots. I didn’t want to get involved in her tragedy. 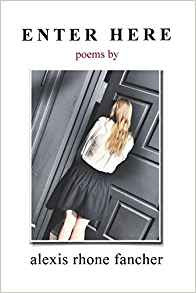 Has this poem been published before?  And if so where?  It was first published in CLEAVER Magazine in June of 2016.
https://www.cleaver
magazine.com/june-fairchild-isnt-dead-by-alexis-rhone-fancher/
It is also published in my latest collection, ENTER HERE, (KYSO Flash Press, 2017).
www.amazon.com/Enter-Here-Alexis-Rhone-Fancher/dp/0986270377
It was also published in SERVING HOUSE JOURNAL in 2017.
http://www.servinghousejournal.
com/Issue16/RhoneFancherTwoPoemsSHJ16.aspx 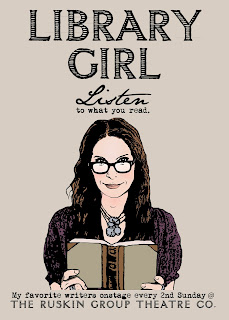 Anything you would like to add?  When I read this poem at Library Girl, here in L.A., a woman came up afterward and told me that she had been a friend of June’s, and that she thought June would have loved the poem, that it “told her story with kindness.”
“June Fairchild Isn’t Dead” is about seizing the moment. It’s about compassion. I often wonder what would have happened if I had made that call… 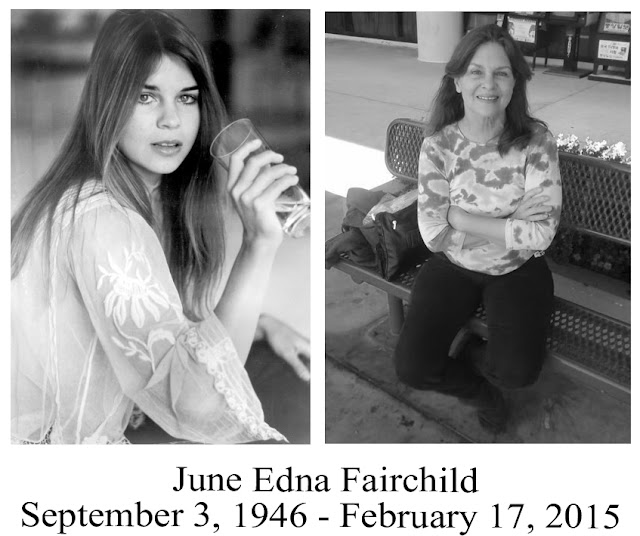 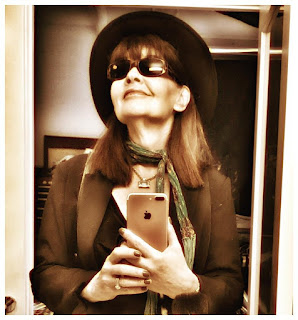 Alexis Rhone Fancher is the author of How I Lost My Virginity To Michael Cohen and other heart stab poems, (2014), State of Grace: The Joshua Elegies, (2015), Enter Here (2017), and Junkie Wife (March, 2018). Find Alexis’ work in Best American Poetry 2016, Rattle, Verse Daily, Slipstream, Plume, Nashville Review, Diode, Glass, Tinderbox, Hobart, Pirene’s Fountain, The MacGuffin, Anomaly, Public Pool, Cleaver, Anti-Heroin Chic, and elsewhere. Her photos are published worldwide, including the covers of Nerve Cowboy, Heyday, Witness, and The Chiron Review. Since first submitting her poems for publication in late 2012, Alexis has been nominated multiple times for the Pushcart Prize and Best of the Net. She is poetry editor of Cultural Weekly. She lives in Los Angeles.