#068 Backstory of the Poem "Lunch on City Island, Early June" by Christine Potter 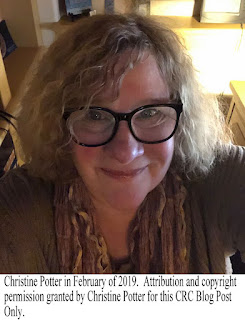 #68 Backstory of the Poem
“Lunch on City Island, Early June”
by Christine Potter

Can you go through the step-by-step process of writing this poem from the moment the idea was first conceived in your brain until final form?  This poem is kind of atypical for me.  I often start poems with an observed image and free associate, watching as I write for words that sort of chime together without sounding too obvious about it. 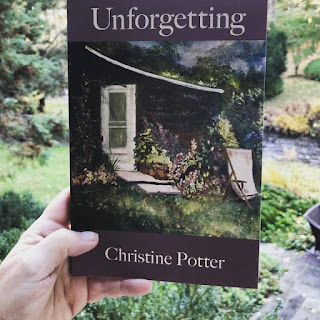 This one was pretty straight autobiography.  I was driving home from City Island with my husband, and I felt it pulling at me.  I wrote it in one draft when I got home, tweaked it a little, and later realized that it was where I would start my newest book, Unforgetting. 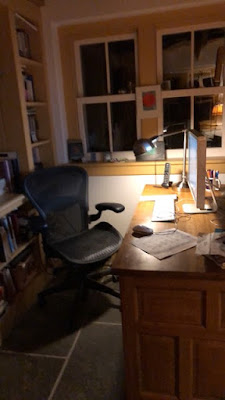 Where were you when you started to actually write the poem? And please describe the place in great detail.  I was in my study (Left) at home.  I’m lucky.  I have a room of my own.  It has white walls, yellow woodwork, and it looks out on our not-terribly-well tended veggie garden on one side and woods past that.  The house I live in is very old, and the room I work in was a kitchen once. 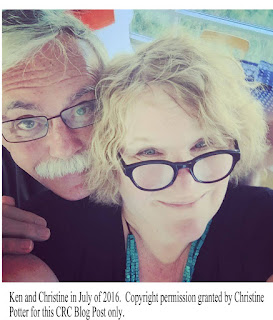 My husband Ken and I moved the kitchen back upstairs to where it was when the house was built in 1740 (I said it was old), and I took the basement room because it was quiet and separate from most of the house.

What month and year did you start writing this poem?  Yikes.  It was late May—the time colleges have graduations—and maybe five years ago.
How many drafts of this poem did you write before going to the final? (And can you share a photograph of your rough drafts with pen markings on it?)
I don’t keep rough drafts because I write on a computer.  But most of my poems go through at least six or seven revision sessions—sometimes many more.

Were there any lines in any of your rough drafts of this poem that were not in the final version? And can you share them with us?   I don’t know.  I had the opening and the close of this poem before the middle stanzas firmed up, I know that.
What do you want readers of this poem to take from this poem? It’s a poem about caring for an elderly mother and being burdened by it but also being bound by love and family.  I wanted it to be strongly visual.  And I was also playing with the fact that one branch of my family has lived in NYC and in the Hudson Valley since Dutch times.   Hawthorne wrote about “the sensuous sympathy of dust for dust,” and I feel that often in places near where family members have or had lived. 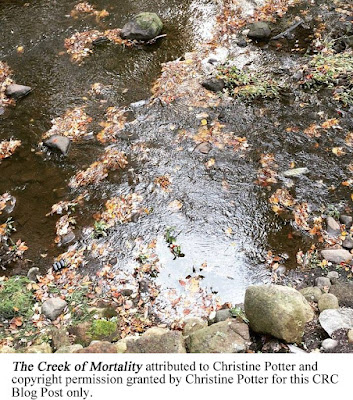 Which part of the poem was the most emotional of you to write and why?  The line about the hush of doctor’s offices, and rain coming.  That’s why the repeat on the end. It’s about mortality.
Has this poem been published before? And if so where? It was in The Literary Bohemian: http://www.literarybohemian.com/index.php/poetry/poem/four-poems-by-christine-potter/P2/   And, of course, it’s the opening poem in my new book. 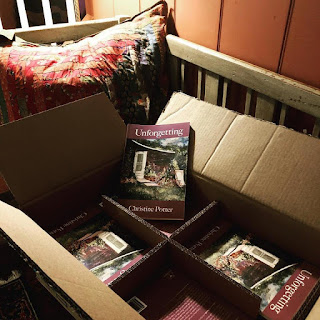 Anything you would like to add?  I am grateful for the chance to write about my poetry and share my process with your readers!  Anyone who wants a signed copy of the new poetry book should contact me through my blog and I can arrange for it.

We sat outside. Noon leaked through rain a long way off,
grew quiet and then quieter as light can, even falling
on vinyl palm trees wired with light-up coconuts. Silver,

white, a splash of brown—the Sound was the color of gulls
circling it, and rippled with coming weather. Still wearing
a graduation gown that puffed around her like a black sail,

a tall young woman carried a plate piled with fried fish
to a table beside us. You bought me a too-full plastic glass
of white wine pale as tap water, which turned out to be

delicious, or at least made me notice how richly green
the trees were, how ancient and tangled with each other and
rooted here as long as my family. I drank and was content,

although not an hour ago, my mother had refused to see
her doctor, had narrowed her eyes at me and spat out
her pills, but looked cheerful if confused when we finally

left her house. So I told you about my friend Zack, who
opened the roof of his convertible on a huge blue day to
drive to his class reunion, when the brilliance or perhaps

weight of the sky overwhelmed him and he was frightened.
It was funny in the telling, but now I know the truth of such
burdens, their unexpected heft. Of course, he kept driving.

What choice is there? A quick gust snatched my napkin,
which floated past my hands into the Sound and dissolved.
Calamari and fried shrimp, clouds dull as chain-link fences.

So many apartment windows across the water, so many cars
lined up on the roads and bridges. Red and green lights.
The hush of doctors’offices. And rain coming, coming rain. 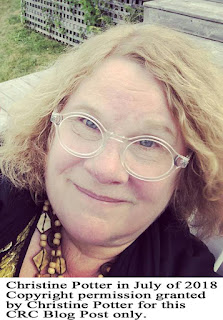 Christine Potter is a writer and poet who lives in NY’s Hudson River Valley. Her poetry is widely published in literary magazines: Rattle, The Literary Bohemian, Fugue, American Arts Quarterly, Autumn Sky Daily, The Peacock Journal, Eclectica, and The Anglican Theological Review.
She has three collections of poems in print, 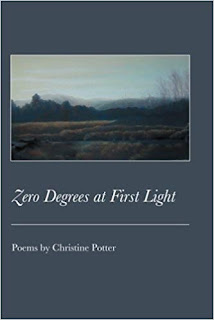 the new Unforgetting, and also Zero Degrees at First Light, and Sheltering in Place.  Christine is also the author of the young adult time traveling trilogy, The Bean Books, on Evernight Teen. 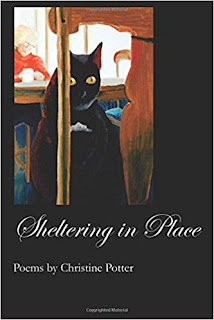 Posted by Chris Rice Cooper Blog at 10:28 AM