#70 Backstory of the Poem "Daily Commute" by Christopher P. Locke 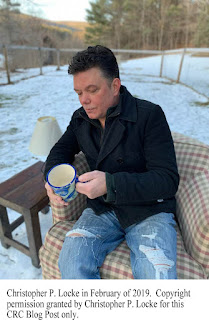 #70 Backstory of the Poem
“Daily Commute”
by Christopher P Locke
Can you go through the step-by-step process of writing this poem from the moment the idea was first conceived in your brain until final form? 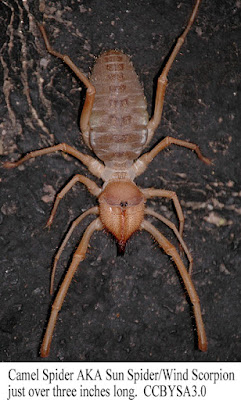 Well, not really; I wrote it about six years ago. But I can say its genesis came after the ignoble square dance I shared with the camel spider. Damn freaky creatures--they’re actually the stuff of nightmares. Before disposing of the thing, I felt a little bummed, especially as it curled in on itself and went about its slow, sad dying. I started thinking about God, and the possessed I remember convulsing about my church when I was a kid. 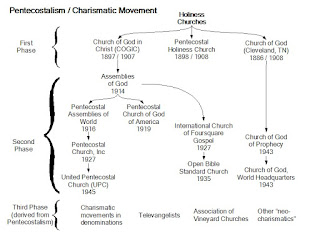 We were Pentecostal, but nowhere near the Jim Jones level that would make Pentecostals synonymous with batshit crazy. But after I threw the camel spider into some bushes I got to thinking about the solemnity of the desert we occupied, the wild dogs and scorpions, the perfumed mornings bursting from our gardens, and those white birds I watched each day come and go like the wholly indentured. 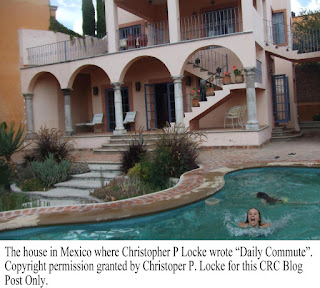 Where were you when you started to actually write the poem? And please describe the place in great detail.  I was in my bedroom in our home in Mexico. In bed, late morning, cup of coffee vibrating next to me on my bed stand. The floor was hard and cold; terracotta. We were on the second floor and these great French doors opened up to a balcony pointing south. Colorful paintings hung on the wall; many pictures of skeletons wreathed in marigolds, a Diego Rivera print. Pretty innocuous and typical “Oh-look-at-me-I-live-in-Mexico” art. Boring, really. 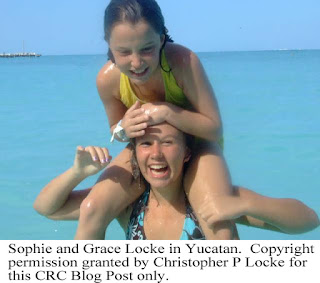 My daughters were in the pool, trying not to freeze to death; we disconnected the gas heater because it was too expensive to heat the water. But we were in the desert, so it wasn’t like anyone was getting hypothermia anytime soon.

In general, I like to write first drafts longhand. Usually in pencil. In one of those faux leather journals they sell by the pound at Barnes & Noble. And that’s what I was doing that morning.
What month and year did you start writing this poem? October, 2012
How many drafts of this poem did you write before going to the final? (And can you share a photograph of your rough drafts with pen markings on it?) 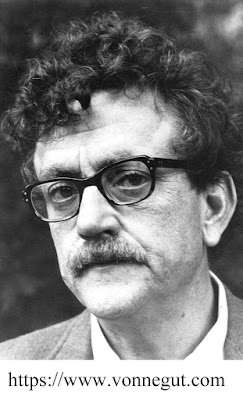 Probably wrote like 20 drafts? Not sure. Because once I get it into a form I can tolerate, I transfer to a laptop. From there, I keep at it until I feel it is sufficient. Very Kurt Vonnegut in my process; I move from word to word until it feels right. I have no idea what I did with the aforementioned faux leather journal. Lost in the move back to America? Who knows. 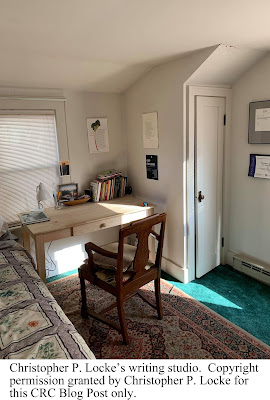 Were there any lines in any of your rough drafts of this poem that were not in the final version? And can you share them with us? I’m sure, but again, no clue. Because once I transfer to a laptop I save and re-save over the previous drafts, making the last draft the only draft I have remaining in digital form. I have many other poems in their longhand form still kicking around, but alas, they are different poems… 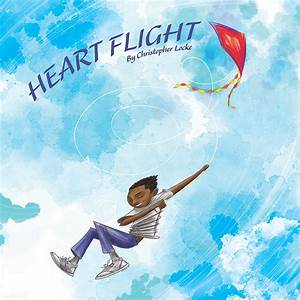 What do you want readers of this poem to take from this poem? The images. The way the narrative moves from one idea to the next without asking permission. 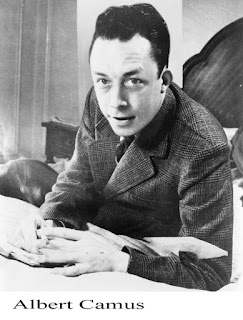 That the reader is walking through the overgrowth without a compass and has no fucking idea how to get home but doesn’t care because the scenery is so bloody distracting. And that small moments can be beautiful in spite of the danger and the uncertainty. And really, that readers are satisfied, even if they end up somewhere completely unexpected. 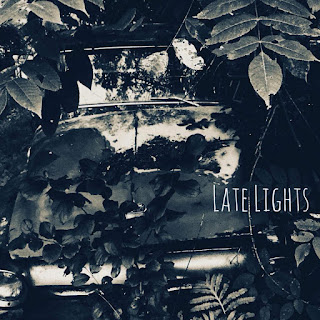 Which part of the poem was the most emotional of you to write and why? When I described the lone flyer, because sometimes I feel like him, alone in an indifferent world. Camus would be proud.

Has this poem been published before? And if so where?
Yes, first in the online magazine The Nervous Breakdown: http://thenervousbreakdown.com/clocke/2013/09/daily-commute/#more-113922 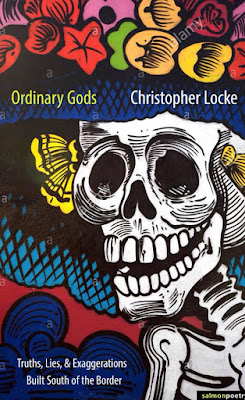 And then my book Ordinary Gods: https://salmonpoetry.com/details.php?ID=417&a=189
Anything you would like to add? Poetry isn’t cute. And it’s not a hobby—save that for collecting matchbooks. And if you really want to know, sometimes all I’d rather be doing is planning my next trip to a town in southern Spain where the plaza is squared off by orange trees and farmers feed their pigs hazelnuts and I feel immensely happy because those two details are enough for me.

By Christopher Locke
September 10, 2013
Poem
But before I could remember the name
of these angled white birds, the way
they filled the skies above our rented
house in Mexico, I had to first anoint
a camel spider in great chuffs of poisonous
oils, unfair really, being trapped as he
was in the terraza corner writhing like
the possessed I remember from my child-
hood church, when I believed men could
call God down from the rafters. And there
were also the dogs at night to deal with,
their barbed cries stringing the air
like broken Christmas lights, tuneless
and savage, unnerving in their confident,
dreamless yaps, envious of their brother
coyote running free in the desert, chained
only to his boundlessness, leaping brush
and cacti and the tiny scorpions which glow
under a black light like absinthe, creatures
we fear the most when strolling our garden’s
dahlia or slipping on our unchecked shoes.
But the birds, stork-like and mute, moving
above in clumps like highway traffic: first
four, then three, then the lone flyer I feel
the most for as he has no one to share his day.
They are dependable every 12 hours, a clock
punching numbness glued to their expressions,
if that’s what birds have, expressions.
The common sparrows will go rustling
in the nearby bamboo, gossiping the green
leaves past frenzy, but these white ones,
their wispy legs dragging useless behind
them, glide silently above us, joyless
and sober, forcing our daughters to point
while splashing in the pool, marvel these
bright tufts made brighter by the desert’s
retreating light, all going home, all done
for the day. Yes, that’s right: Snowy Egret. 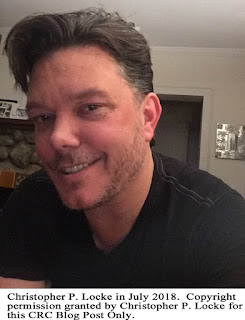 Christopher Locke’s poems have appeared in over 100 magazines including The North American Review, Poetry East, Verse Daily, Southwest Review, The Literary Review, Mudlark, The Sun, West Branch, Rattle, 32 Poems, & twice on NPR's Morning Edition and Ireland’s Radio 1. His latest book is Ordinary Gods (2017—Salmon, Ireland). He is one half of the duo Late Lights & their debut album was recently released on Burst & Bloom Records. 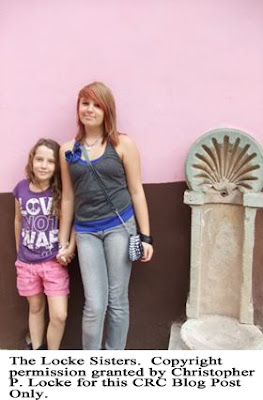 His first book for children, Heart Flight, (Cedar Grove) is forthcoming next spring. Locke has received the Dorothy Sargent Rosenberg Poetry Award, state grants from the Massachusetts Cultural Council & the New Hampshire State Council on the Arts, & poetry residencies from Fundación Valparaiso (Spain) and PAMAR (Mexico City). He lives in the Adirondacks & teaches poetry in person at North Country Community College & online at The Poetry Barn.

Posted by Chris Rice Cooper Blog at 8:07 AM