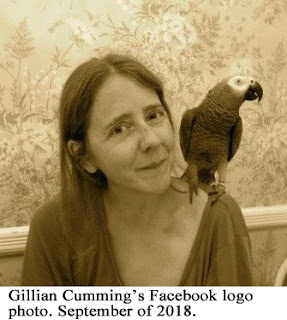 #80 Backstory of the Poem “Of Water and Echo” by Gillian Cummings
Can you go through the step-by-step process of writing this poem from the moment the idea was first conceived in your brain until final form? 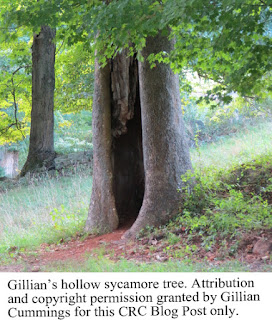 The poem was conceived when I was standing inside a tree, a hollow sycamore. I call this tree “my tree,” and I go to the tree when I seek consolation. The tree is up a bank to the side of the Pocantico River. I was standing in the tree, hearing the river rushing nearby, and the poem began to form. I heard its rhythms being spoken in my mind, as if being spoken by the tree, or as if the tree and I—or maybe the tree and the river and I—were one breathing being. 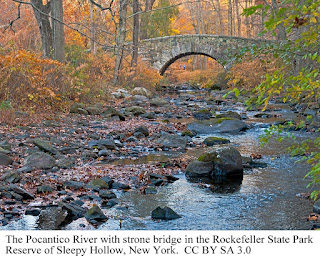 I wrote the words down in a pocket notebook once I returned to my car. That was the beginning. Then I transferred this poem, in its exact form, into my journal. Sometimes I write longhand and sometimes directly onto the laptop, but this was a longhand poem. 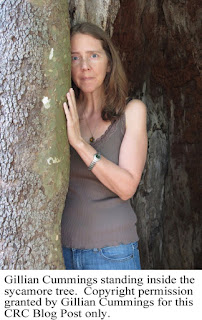 I showed the poem to various editors as I was working on it. Its current form owes a debt, most especially, to Cynthia Cruz, who cut it down the most drastically and had me retitle it. I’d written a collection of sonnets, and she pruned them all, so that most of them couldn’t remain sonnets. So this takes you from the tree to the book with its paper that means a killed tree, which is sad. Maybe I dare not tell “my tree” about what came of the voice it gave me. 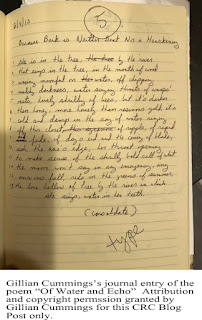 Where were you when you started to actually write the poem?  And please describe the place in great detail. The poem was written in the beginning of summer, and yet there were already signs of autumn in the woods, a red leaf here or there, dead wildflowers and ones just coming into bloom. 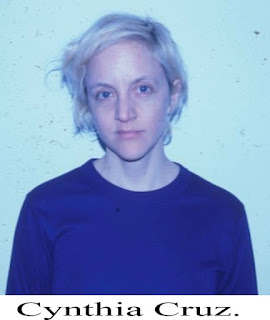 The woods were the woods of Rockefeller State Park Preserve, a place that’s my haven here in Westchester County. I live in the suburb of New York City just north of the Bronx, and we have some beautiful parks here. This one is my favorite. 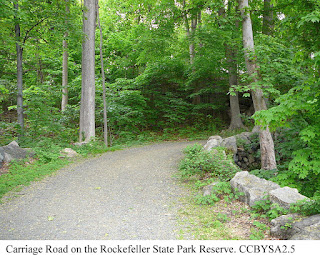 When I was going through my serious depression, I went to the park every day, or almost. I didn’t always go to the tree, just sometimes, just in moments when I especially needed to feel the immanence of the sacred. The sycamore is still living. It’s not a dead, hollow tree. 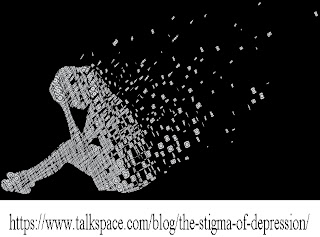 When I’m inside it in the summer and I look up, I see green leaves on the branches above me. The inside of the tree has a wasp nest and a lot of old spider webs. 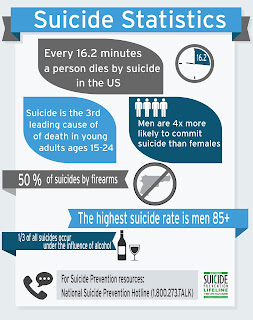 Sometimes people walking down the trail see me in the tree and give me funny looks. I don’t really care. It’s more important to be with the tree. One time, when I was particularly suicidal, I went into the tree crying. I prayed to the tree for help, and heard the words, “Tell Rich to keep repeating to you to have patience, to have faith in him, and to have faith in God.” 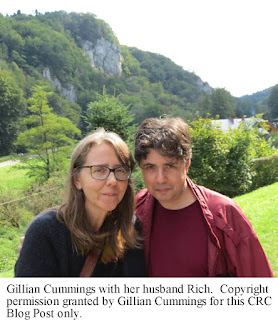 Rich is my husband. He repeated these sentences to me over and over that day. That night, I got a phone call and an email. The phone call was from Diane Goettel of Black Lawrence Press, telling me that my first book had won the Hudson Prize. 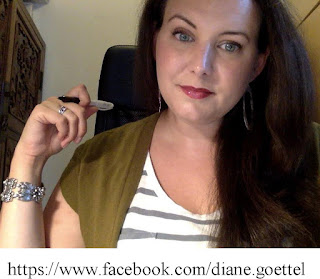 The email was from Kristy Bowen of Dancing Girl Press, saying that she wanted to publish my chapbook Ophelia. So you see, it’s a very lucky tree. And it was important to my second book, The Owl Was a Baker’s Daughter, too. 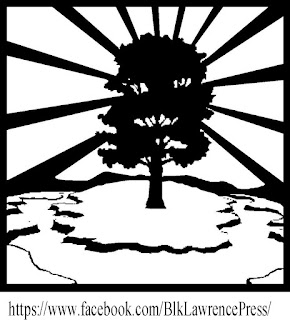 What month and year did you start writing this poem? The first draft dates to June 4, 2013. 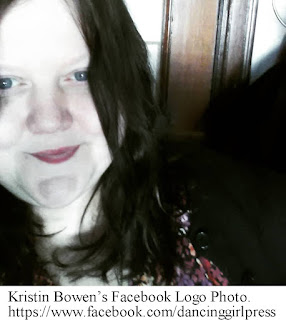 About eight. Sometimes the changes were very minor, like line breaks. After Cynthia Cruz went over it, it became quite a different poem—a quieter and cleaner poem. I can show you the first draft that I wrote in my journal. 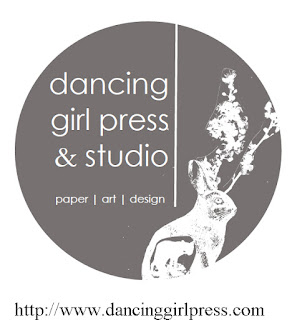 Because I edit on my laptop and don’t make printouts of subsequent drafts, it would be hard to show you more than this. I apologize.

Were there any lines in any of your rough drafts of this poem that were not in the final version?  And can you share them with us? 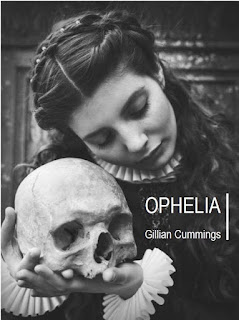 The original title was “Because Bark Is Neither Boat nor a Hearkening.” The final title is “Of Water and Echo.”

Here are the phrases that were cut completely: 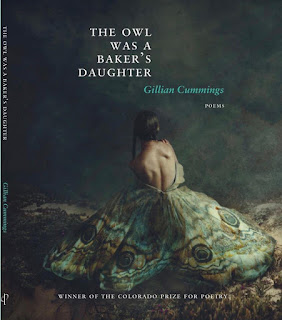 “her (throat) opening to make sense (of) the shrilly (bold call)”—the words in parentheses were kept.
What do you want readers of this poem to take from this poem? 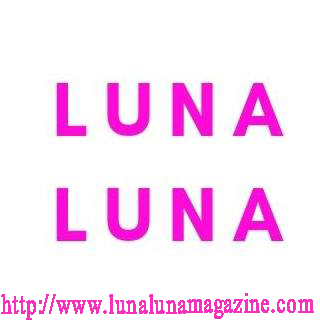 I don’t ever assign meanings or morals to my poems. I just want them to be an experience in themselves. I never have preconceived ideas of what I want a reader to take away. 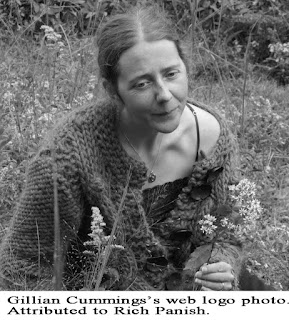 I guess I could say a feeling of sadness, combined with the solace that is and was the tree—but even to say that is actually much more than I would wish for. What I want is for readers to feel whatever the poem evokes for them, separate from what it evoked or meant for me. 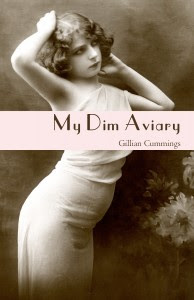 Which part of the poem was the most emotional of you to write and why? The hardest lines to write from an emotional standpoint were, “the coming of blade, of the axe’s  / edge opening the throat of bold call…” I say this because what I sought was my own death, but what I imagined was the death of the tree. 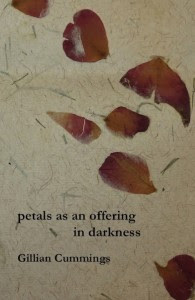 And the tree was innocent. The tree didn’t deserve to die. It made and makes me immeasurably sad to think of that tree encountering an axe. Perhaps that is why the poem has poignancy for me: to lose what you most love, as I nearly lost the love of someone very dear to me—and then I did lose, to death, so many friends and helpers, just not the person whose loss I feared. 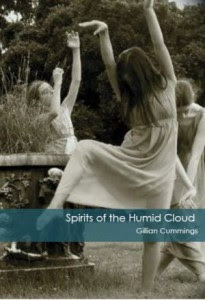 Has this poem been published before?  And if so where?
This poem was first published, under its original title, in Luna Luna.

Anything you would like to add? I would just like to add that when I die, I would like my ashes to be scattered inside this tree. If it is still alive. If it will continue breathing the air I once breathed, standing in the place where I always visited, with the river burbling over rocks nearby, and birds taking shelter in its branches.

Of Water and Echo

She is in the tree by the river
that sings in the tree, in the mouth
of the tree waxing mournful on water.
The hively shrilling of bees, darker
than honey, more homely than resinous gold.
It’s cold and damp in the song of water
ringing of ripple, of rapid and fade, of
day’s end and the coming of blade, of the axe’s
edge opening the throat of bold call. Of
what the moon won’t say in any emergency,
any anxious fall, reds in the greens of summer,
the lone hollow of tree by the river
in which she sings, water in her teeth. 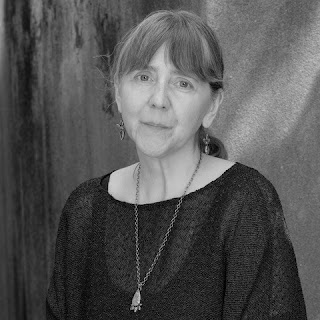 Gillian Cummings is the author of The Owl Was a Baker’s Daughter, selected by John Yau as the winner of the 2018 Colorado Prize for Poetry (The Center for Literary Publishing at Colorado State University, 2018) and My Dim Aviary, winner of the 2015 Hudson Prize (Black Lawrence Press, 2016). She has also written three chapbooks: Ophelia (dancing girl press, 2016), Petals as an Offering in Darkness (Finishing Line Press, 2014), and Spirits of the Humid Cloud (dancing girl press, 2012). Her poems have appeared in Boulevard, the Cincinnati Review, Colorado Review, Denver Quarterly, the Laurel Review, the Massachusetts Review, Quarterly West, Verse Daily, and others. A graduate of Stony Brook University and of Sarah Lawrence College’s MFA program, she was awarded the Dorothy Sargent Rosenberg Memorial Fund Poetry Prize in 2008. Cummings lives in Westchester County, New York.
http://www.gilliancummingspoet.com