#77 Backstory of the Poem “I Broke My Bust of Jesus” by Susan Sundwall
Can you go through the step-by-step process of writing this poem from the moment the idea was first conceived in your brain until final form? This poem arose out of a frustrating conversation with one of the family atheists – and don’t we all have one or two of those? Armed with historical facts this person tried to debunk, one by one, all of the arguments I was making for the veracity of the gospel message. 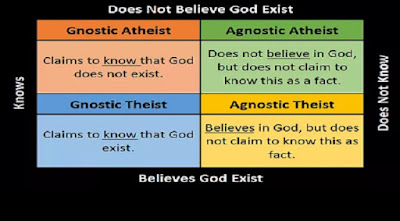 Chief among them was the assigning of the word “myth” in an effort to convince me that there are myriad resurrection myths that have arisen through time and the Jesus’ story  was only one among many. I allowed myself to take the atheist view in this poem first by acting out the destruction of the Person, next by feeling the freedom the atheist breathes at the beginning and then, confronted by His loving gaze, turning back to that unconditional love in sorrowful conviction. 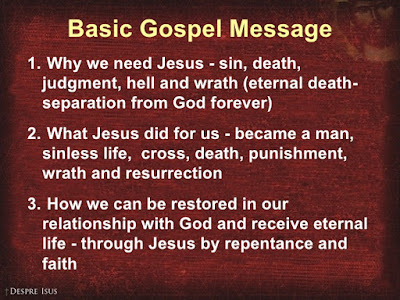 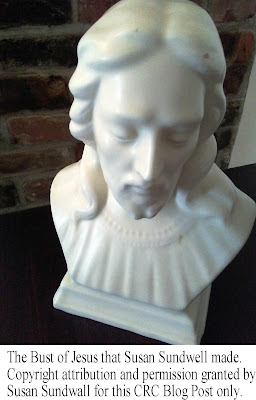 Where were you when you started to actually write the poem?  And please describe the place in great detail. As I stood in my bedroom in our 200 year old house, I caught sight of the bust of Jesus I'd made in a ceramics class many years ago when I was a newly married young woman. 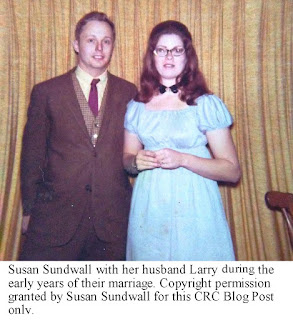 The dresser is older than I am and I’d placed the white, fired clay bust there as a daily reminder of Who I belong to. Dust settles on the dark wood and through the window next to the dresser I watch the seasons pass. 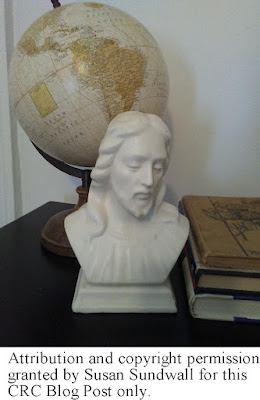 Now it was spring. I stood in the center of the room and imagined taking that bust and smashing it to the floor. How would that feel? Who would even care? My atheist relative would note triumphantly that his argument had been the more convincing than mine. From there the words flowed. 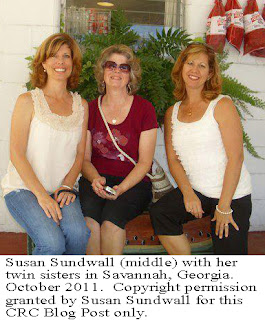 What month and year did you start writing this poem? I wrote this poem in the spring of 2011.

How many drafts of this poem did you write before going to the final? (And can you share a photograph of your rough drafts with pen markings on it?) There were about three drafts all done on the computer. 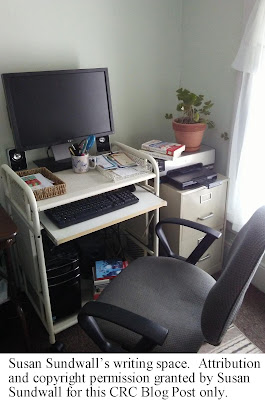 What do you want readers of this poem to take from this poem? If you’re an atheist, carefully study your position and be honestly willing to entertain the other side. If you’re a believer, do the same. Then live with your hard won convictions and be ready to defend them. Either position requires faith. 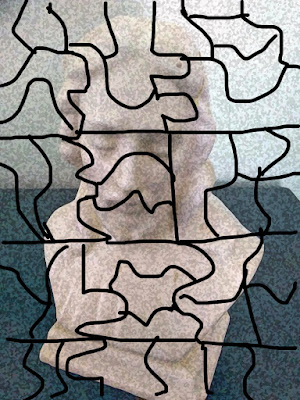 Which part of the poem was the most emotional of you to write and why? When I stood in the bedroom staring at the bust of Jesus, wrought by my own hand, and considered smashing it to the floor, a deep fear and loathing came over me. Had the act been sincere, a lifetime of believing would have fallen among the shards. 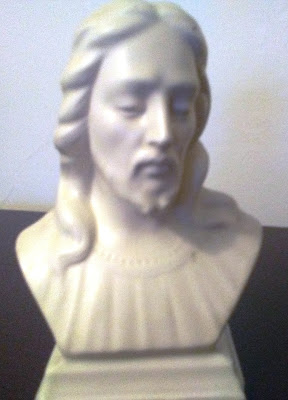 Has this poem been published before?  And if so where? I have tried for publication, but rhyming poems are a hard, hard sell. Easier to memorize than stream-of-conscience poems, but a hard sell.

Anything you would like to add? Poetry is a soul endeavor.

I Broke My Bust of Jesus

I broke my bust of Jesus
‘cuz I don’t believe no more.
I picked it up and laughed at it
then smashed it to the floor.

“It’s just a silly myth,” they said.
“How stupid can you be?
To think someone would hang for you
upon a cursed tree.”

You can’t imagine how it felt
To finally give it up;
leave hypocrites and thumpers,
the wafer and the cup.

A carpenter from long ago
He couldn’t have a clue.
And would have been much better off
to stick with wood and glue.

I got the broom, I got the pan
to give the floor a sweep,
then suddenly I felt the urge
to bend my head and weep.

The broken bits around my feet
were hard to recognize,
but somewhere in the rotten mess
I saw a pair of eyes.

The eyes implored, “I love you,”
and were somehow piercing mine,
the dirty windows of my soul
were cleansed in salty brine.

What madness had come over me?
What stupefying lie,
had crept into my very soul,
my savior to decry?

I scooped the broken pieces up,
my own eyes rose to Heaven,
convicted then,  I knew my doubts
in His love were forgiven.

Susan is a self-described late blooming Boomer Babe with attitude. She’s been a freelance writer, children’s author, blogger, poet and mystery writer for the past twenty years. Her stories, articles, poems and essays have appeared in publications nationwide. She is the author of the Minnie Markwood Mystery series which includes The Red Shoelace Killer, The Super Bar Incident and The White Pizza Caper. She lives on four lush acres in upstate New York with her husband and loves to interact with readers of every stripe.
Visit her blog at www.sundwallsays.blogspot.com
My email address is scsundwall@gmail.com