#90 Backstory of the Poem "The Pose' by John Hicks 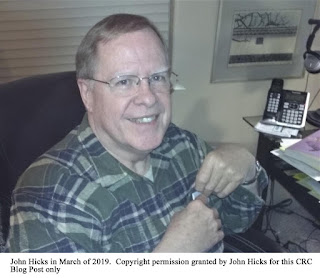 #90 Backstory of the Poem
“The Pose”
by John Hicks

Can you go through the step-by-step process of writing this poem from the moment the idea was first conceived in your brain until final form?       Started writing this in June 2007.  Had been taking one of Jude Nutter’s poetry classes at the Loft in Minneapolis, and a Wilfred Owen poem got me thinking about an Army buddy who died in Viet Nam.  Wanted to contrast it with the experience of my Army retirement ceremony. Did a mind map of bot topics to flesh out the details but, despite the strong emotional pull, after nine drafts it wasn't coming together.
In August 2016 I saw Winslow Homer’s Trooper Meditating Beside a Grave at the Joslyn Museum in Omaha, and saw myself in the trooper.  Restarted the poem using the painting in place of the ceremony, and got a bit of traction.  The next six drafts were of the soldier in the grave addressing the trooper.  It got a tepid response in a workshop. 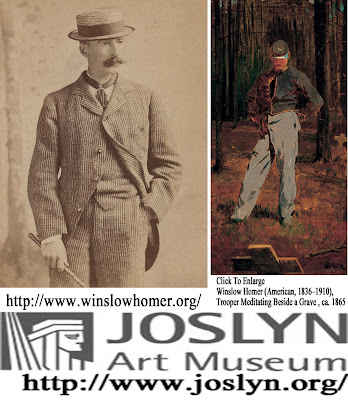 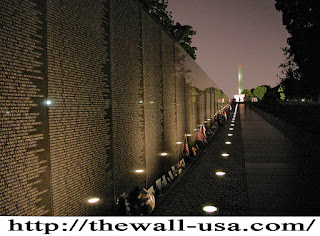 Tried another draft as a third person critique of the poem and that led me to realize a parallel between the painting and The Wall in Washington, D.C.  I used first person for myself in the Wall part of the poem, and after twenty-one more revisions and two more museum visits it was done. 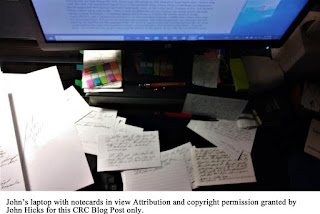 Where were you when you started to actually write the poem? And please describe the place in great detail. Probably began on a yellow pad in my apartment in Minneapolis while looking down at the Mississippi.

The 2016 effort was on notecards as I stood in front of the painting.  (The guard eventually got me a small folding seat so I could sit and write.)  The painting’s very small (8” x 16”).  Across the room was a very large John Singer Sargent portrait and a Thomas Moran painting of the Grand Canal Venice.  The strong emotional impact of the Homer held up nicely against its neighbors.
What month and year did you start writing this poem? The first effort was June 2007; the second, August 2016.  I finished it in June 2018.
How many drafts of this poem did you write before going to the final? (And can you share a photograph of your rough drafts with pen markings on it?) I do most editing with a pen but, as you can imagine, writing this over so many years, plus several moves and one flood, I have no paper drafts now. 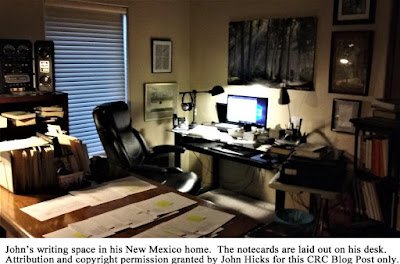 Were there any lines in any of your rough drafts of this poem that were not in the final version? And can you share them with us? 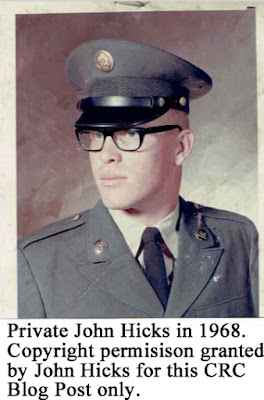 “Standing with the ease of comrades,/the cavalryman, a Union private, his face/vague in thought is aligned with the name/we assume is on the plain board cross/starting to fall like the crosses behind him.”
“What was cavalry doing in the trees,/this young stand of pine/a place that filters a charge/into the teeth of infantry?”
“Sometimes I hear the sound of our charge; not the hooves,/but the high sound of confidence.  It lives/in these pines, in the wind, in the dark.” 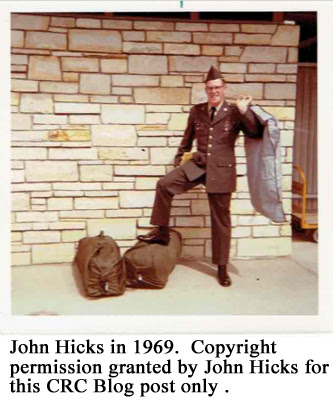 What do you want readers to take from this poem?  During the Viet Nam War, the public blamed its servicemen for the war.  Draftees do not declare war.  They are also victims of public policy.  At that time, I want people to see what happens to their own when they don’t take civic responsibility.
Which part of the poem was the most emotional of you to write and why? The hardest part was writing about seeing Doug’s face staring back at me in that issue of Life Magazine.  I’d been his squad leader during training—being so young, he needed a friend.  He’d hoped we would continue serving together. 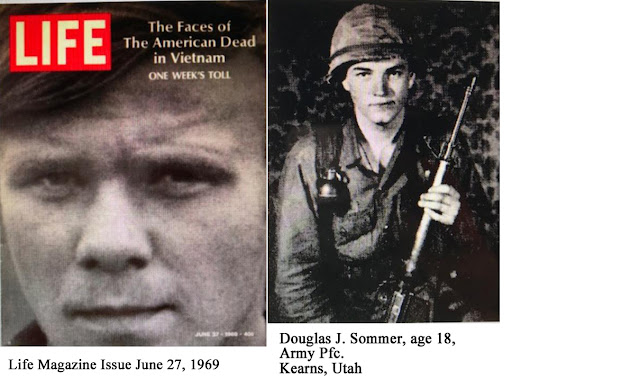 Has this poem been published before? And if so where?  Wilderness House Literary Review, October 2018, https://www.whlreview.com/

Anything you would like to add? Very nice of you to ask me Chris.  Hope your readers find this interesting.

What the artist sees: The living and the dead, a portrait
in gray and brown and black; a Union private in a forest,
the grave before him a simple prop.  The soldier

wears a cavalry dress uniform in the casual pose
of someone who wasn’t there.  Holds as if
for Mister Brady—where you have to stand,

and wait for the impact, the slow push
of light into darkness.  Cavalry cannot live
among trees.  Caught among these pines,

they would have been easy targets.
Against the light, even sound dies.
In this small frame, board crosses mark

where three fell.  This large one facing the private,
leans away from him.  His eyes, shaded by his cap,
are locked as though on a name that paint denies us.

I’m at The Wall in the gray and brown
of a Washington winter, looking for a name.
Doug and I were draftees; met in Infantry Basic.

Youngest in my squad, at first you struggled.  I sometimes
carried your pack, others your rifle and gear.  But you hung on;
built up; found your feet; became one of us.

In March, after four months of training, you were ordered
to Viet Nam.  I went to Virginia for Engineering School.
“Luck of the draw,” you said.  I saw you again.

You stared out from the black and white of Life Magazine.
Hamburger Hill.  23 May 1969.  Still eighteen.  Now all this
is locked in black granite with those who fell with you.

I kneel to touch your name.
The pose of someone who wasn’t there. 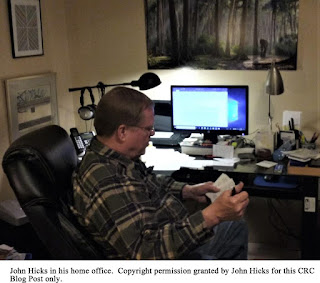 John Hicks is an emerging poet: has been published or accepted for publication by:  I-70 Review, Ekphrastic Review, Consequence Magazine, Mohave River Review, Wilderness House Literary Review, Cold Creek Review, Glint, and others.  He completed an MFA in Creative Writing at the University of Nebraska – Omaha in 2016.  He writes in the thin air of northern New Mexico.
Facebook: https://www.facebook.com/john.hicks.184007

Posted by Chris Rice Cooper Blog at 10:08 AM