#108 Backstory of the Poem "Cupcake' by Julene Tripp Weaver 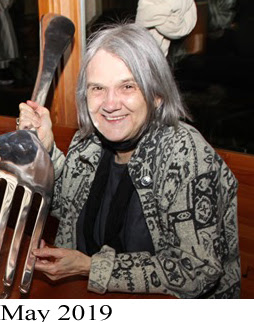 #108 Backstory of the Poem
“Cupcake”
by Julene Tripp Weaver
Can you go through the step-by-step process of writing this poem from the moment the idea was first conceived in your brain until final form? 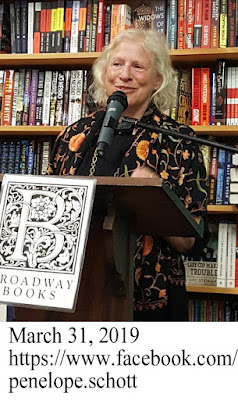 This poem was conceived in a writing workshop in Dufur, Oregon lead by poet Penelope Scambly Schott. It was my first workshop with her and the theme was Riding Our Obsessions.
The first assignment was to write about our personal obsessions; make a list of three things you don’t care about, and three things you care about very deeply, and two that you ever thought you’d be willing to die for. She phrased obsession as something that free floats in your mind when you are not occupied with something else. She asked, what is it you think about and what do you hate thinking about. Is there a surprise? If so, add them together and write. 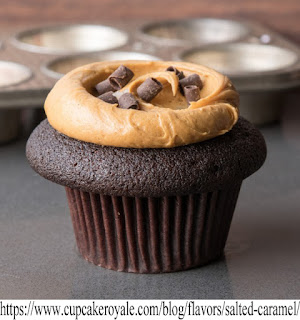 I love a particular cupcake company in Seattle, I love my partner, and I love food. I’m not a huge fan of math and so I wrote a love poem to my partner equating him with a particular seasonal cupcake offered on Father’s Day. The poem had references to math and originally more on love not being an equation one could calculate. I also brought in Adam & Eve, the quintessential couple. 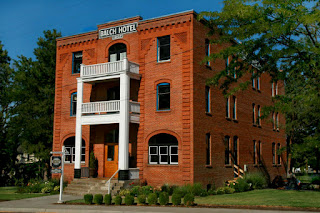 Where were you when you started to actually write the poem? And please describe the place in great detail. At the Balch Hotel, a renovated hotel that faces the east side of Mt. Hood, about 85 miles from Portland, Oregon. (https://www.balchhotel.com)  The hotel has been renovated to its original décor of the era, it was built in 1907.

I don’t remember if I wrote this poem in my room or downstairs in one of the antique lobby couches, since I wrote in both places throughout the workshop. It is a lovely space to write and think. I wrote with a pen in a notebook, which is how my poems usually start, I keep a journal in process, and then I go to the computer to move writing out of my journal onto the page.

What month and year did you start writing this poem? October 2008

How many drafts of this poem did you write before going to the final? (And can you share a photograph of your rough drafts with pen markings on it?) I don’t keep draft revisions, but this poem went through at least three, maybe four, drafts, some poems have many more drafts, this one felt fast. 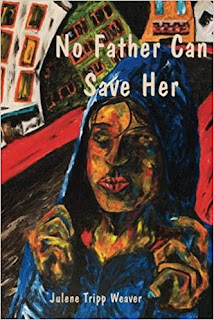 Were there any lines in any of your rough drafts of this poem that were not in the final version? And can you share them with us? I still have the original draft, so from that some lines removed:
He looks good. Like a cupcake— (changed to: He’s a cupcake)

Originally at the end I had: He looks delicious. (changed to He’s delicious.)

What do you want readers of this poem to take from this poem? It’s a light love poem, so I hope people take a warm loving feeling and a smile. Also hope that it helps foster the belief that love can be found.

Which part of the poem was the most emotional of you to write and why? It was a delicious and fun poem to write. The most emotional part was the warming towards my long term partner while away at a writing retreat.

Has this poem been published before? And if so where? Cupcake is published in my first full size poetry book, No Father Can Save Her, Plain View Press, 2011.
In 2015 Couth Buzzard Books Espresso Buono Cafe, a local bookstore, was posting a daily poem on their Facebook page for National Poetry Month and invited me to submit. Because they were okay with a published poem, and because I had read from this book at this bookstore, I sent Cupcake, on April 16, 2015 it was on their feed.

Anything you would like to add? At the time, I was in a critique group with two poets, Ruth Bavetta (CA) and Nina Bennett (DE,) who I met through Goodreads. We did a monthly conference calls, sending our poems to each other in advance. I worked through this poem with them to its final outcome. Some of the feedback they gave: tighten the first line, with a reminder that a metaphor is always stronger than a simile. They pointed out plural versus singular around cupcakes and bites. They suggested that having the two metaphors was an overreach for such a short poem. Their feedback helped me remove words and find a better image for the baseball cap, which I had originally written as ‘holding,’ the word ‘settling’ was suggested as the action that is typical of a man readjusting his hat. This group was very helpful and I believe it is imperative for poets to create a support system to work with for feedback.

He’s a cupcake, one of those
Father’s Day specials—chocolate
with caramel drizzle across the top.
Yum. Can’t help but equate men with food,
what new restaurant to try next,
but dream cupcakes are only figments—
small bites that walk away into sunsets
settling their baseball caps.

Romantic, eating in candlelight
across from the one who always shows.
It’s not true there’s one man for every woman—
Adam and Eve only a metaphor—double
equations don’t work outside of math.
But somehow I found that one man
in a complex formula where chemistry
and heat equal alchemy.
He’s delicious. 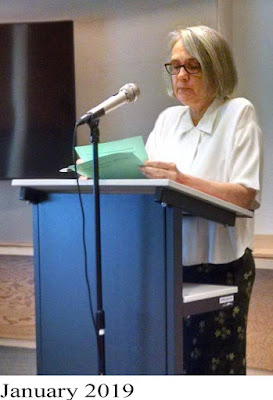 Julene Tripp Weaver, a native New Yorker, is a psychotherapist and writer in Seattle, WA. She has a chapbook, Case Walking: An AIDS Case Manager Wails Her Blues, and two full size collections, No Father Can Save Her, and her latest, truth be bold—Serenading Life & Death in the Age of AIDS, published by Finishing Line Press, 2016.

Truth be bold was a finalist for the Lambda Literary Awards, won the Bisexual Book Award, and four Human Relations Indie Book Awards in 2017; this book is being taught at LIU-Brooklyn, first in a class on Art Inspired by the AIDS Epidemic, and ongoing in a Western Literature class where it is compared to Walt Whitman’s work in the field during war time. Julene worked 21 years in AIDS services. You can find more of her work online, a few include: The Seattle Review of Books, HIV Here & Now, Voices in the Wind, Antinarrative Journal, MadSwirl, and Writing in a Woman's Voice.
www.julenetrippweaver.com
https://twitter.com/trippweavepoet
https://www.instagram.com/julenet.weaver/