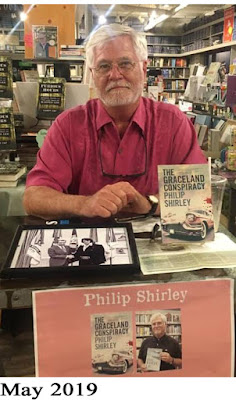 ***The CRC Blog welcomes submissions from published and unpublished fiction genre writers for INSIDE THE EMOTION OF FICTION.  Contact CRC Blog via email at caccoop@aol.com or personal Facebook messaging at https://www.facebook.
com/car.cooper.7 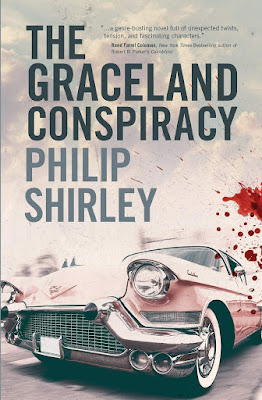 Name of fiction work? And were there other names you considered that you would like to share with us? The Graceland Conspiracy is a novel. The working title came surprisingly with ease and no others were ever considered. That is NOT usual, but in this case the title was inserted as a working title but stuck.
Fiction genre?  Ex science fiction, short story, fantasy novella, romance, drama, crime, plays, flash fiction, historical, comedy, movie script, screenplay, etc.  And how many pages long? The novel is in the suspense/thriller category. 300 pages.
Has this been published? And it is totally fine if the answer is no.   If yes, what publisher and what publication date? April 1, 2019, from Mindbridge Press. https://www.mindbridgepress.com/ 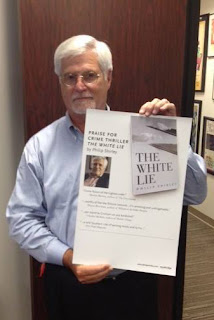 What is the date you began writing this piece of fiction and the date when you completely finished the piece of fiction? Like many writers, I have folders of book ideas that may sit around for many years before they surface again to be completed. Some folders have outlines; some are just a paragraph or two of an idea. The initial story idea was written way back in 2003 and 9500 words were written as an outline. The manuscript was then put away for years. I wrote and published three other books before going back to this one ten years later after publishing The White Lie in 2014. Most of TGC was completed in 2015-16 and then polished again in 2017 when the fourth or fifth edit was completed. Mindbridge accepted the book for publication in early 2018. 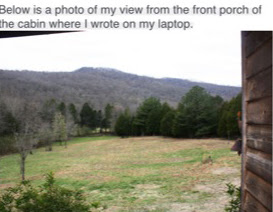 Where did you do most of your writing for this fiction work? And please describe in detail. And can you please include a photo? The writing was completed at three locations. My home on the Barnett Reservoir near Madison, Mississippi, is always primary as I have a writing studio/library there. I also spend a lot of summer time on Dauphin Island, Alabama, and have a writing studio there. Some of the book was also written at a cabin in Paint Rock Valley area of the Cumberland Mountains in North Alabama when I need to be totally away from the Internet and even out of cell phone coverage. 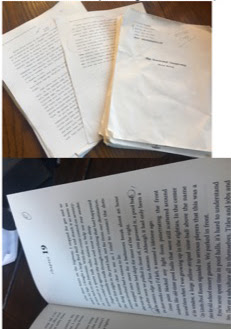 What were your writing habits while writing this work- did you drink something as you wrote, listen to music, write in pen and paper, directly on laptop; specific time of day? Most of it was written 6:15 – 7:45 in the a.m. before going to the office where I ran an ad agency. My routine was up at 6, make a latte, then at the keyboard by 6:15. At night I would try to put in an hour or 90 minutes after 9. Then I would take vacations to the cabin or island and spend at least 4-6 hours per day writing for a week with a goal of 8,000 - 10,000 words in a week. And of course on weekends I would find a few hours here and there. When I went through time periods of being really engaged I would write almost every day, though there would also be days or even weeks when I would not be able to devote much time. I always wrote on a PC so that I could have a full-size keyboard that allows for faster typing and fewer mistakes. I think writing on a laptop is a bad idea generally because of the higher rate of typos. 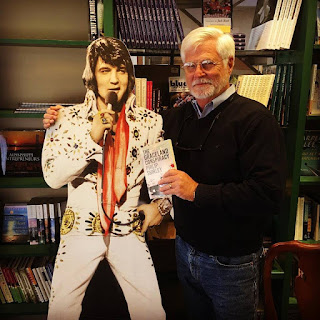 What is the summary of this specific fiction work? The Graceland Conspiracy delivers a coming-of-age story wrapped in a crime thriller. A rebellious young man becomes caught in a 1990s conspiracy in which the government will stop at nothing to prevent the release of sensitive information about a 1970s crime that could still bring down many powerful government figures and rewrite American pop-culture history. (Right:  Philip Shirley holding the jacket cover of The Graceland Conspiracy, standing next to Elvis) 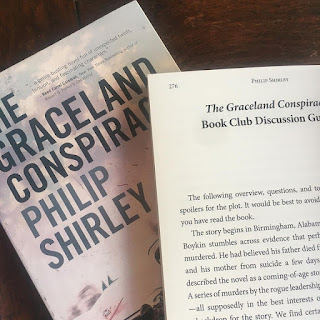 Matt Boykin had left Birmingham as a young college student and had gained seven years of street savvy working blue collar jobs on the West Coast and Texas. Then one night, a stranger in a suit helps Matt out of a tight spot in a Texas bar fight and whisks Matt away. The stranger hands Matt a card and tells him to call home. Matt’s father is in a coma and near death. Estranged all those years from family and friends, Matt arrives home a different person. His father dies soon after Matt’s return but not before whispering clues for Matt to locate evidence that will later reveal the truth behind the death of an American music icon. When Matt comes home from the store and discovers his mother’s staged suicide, he suspects both deaths were hits. 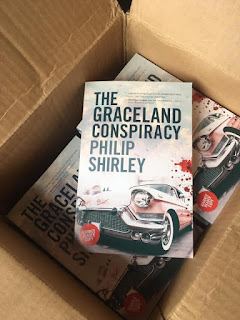 Matt soon locates the items his father hid for him, and the facts are revealed layer by layer. As a child, Matt thought his father was a low-level clerk in the National Security Enforcement Organization, but that story had been a cover. As Matt draws closer to the truth, an old school friend helping Matt is murdered, and Matt barely escapes. When government agents close to the case die, Matt is blamed for their deaths. 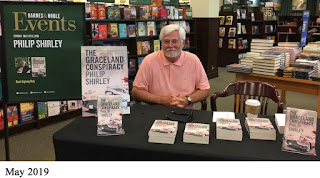 With nowhere else to turn, Matt pairs up with former high school girlfriend Kristine who soon discovers her reunion with Matt has irrevocably altered her life. Using his street savvy, Matt drags Kristine first to Mexico, then to Belgium and Germany, and finally to Venice where the couple is tracked down. They escape death when a powerful new ally takes them into deep cover. Not realizing an enemy is among them, the couple struggles to regain control of their lives by exposing the truth about what really happened to America’s most beloved entertainer. 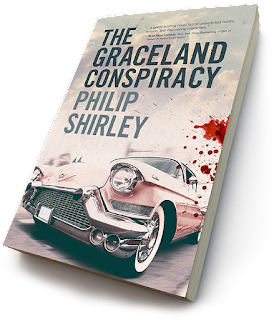 Can you give the reader just enough information for them to understand what is going on in the excerpt? In the following excerpt, our two main protagonists, Matthew and Kristine, are on the run from rogue members of a government agency. They need to get out of the country so Matt turns to former friends who live on the edge of mainstream society for fake passports and credentials. Kristine is very unhappy to have been put in this situation. The book is told from first-person POV of Matt.

Please include the excerpt and include page numbers as reference. The excerpt can be as short or as long as you prefer. From chapter 19, pages 143-144: Just after noon we pulled in front of, you guessed it, a pool hall. On the eastern edge of San Antonio. Although it had only been a few short weeks since I’d left, it seemed a lifetime ago.
The front windows were painted green, like old-time pool halls that were still scattered around here and there when I was growing up in the eighties. In the center of the window was a faded painting of a large yellow-striped nine-ball above the name, City Limits Pool Room. We parked in front.
If you’ve never spent time in pool halls it’s hard to understand them. They are a subculture all to themselves. Titles and jobs and backgrounds don’t count for much. Your word counts. Your game counts. Your cash counts. Blue jeans and blue silk ties both can fit, if Joey or Stick or whoever runs the show in that hall gives their nod. Pool halls are the golf courses of the underground economy. You need someone to collect a bet, somebody knows somebody who knows somebody who does that. If you need a clean pistol without a history, somebody knows somebody. If you need to disappear, the door to the other side goes through a pool hall somewhere.
I told her, “This place has been here for forty years.”
“If it goes another forty, that will be too soon for me to like being here,” Kristine said.
“If you know someone here, you can get connected for anything that’s for sale and the government doesn’t get a cut.”
“And you ‘know someone’ here I guess. Figures.”
I didn’t bite. It was a tough time and she was still mad and scared and frustrated. I got it. I held my tongue.
“This guy can get you an ID without us having to deal directly with the woman who makes them,” I said. “We need to talk to my friend. I don’t know anywhere else to go.”
“How do you know it’s a woman?” she asked, as she stopped just inside the door to let her eyes adjust to the dim interior.
I didn’t answer and looked down.
She nodded, and I saw the corners of her mouth were pointing down. “Obviously, you’ve done this before.”
I knew there was no good answer, so again I didn’t reply. 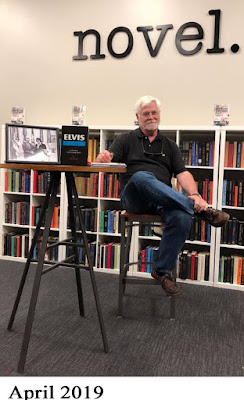 Why is this excerpt so emotional for you?And can you describe your own emotional experience of writing this specific excerpt? The emotions from this scene derive from the obvious tension between Matt and his former girlfriend Kristine. She is learning a side of Matt that she knew nothing about, and she does not like seeing this side of his life. She has been thrust into a situation not of her making. To find the emotional tension I wanted in this scene, I had to go back to my personal relationships and learn from those where a girlfriend and I were forced together to deal with something but we didn’t want to be there in that situation. 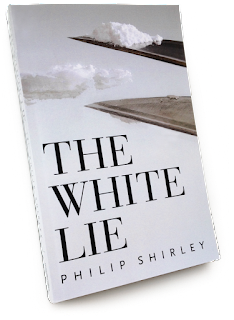 Were there any deletions from this excerpt that you can share with us? And can you please include a photo of your marked up rough drafts of this excerpt. This particular section did not have many edits, though the book had literally thousands and went through at least five complete edits (two copy edits and three or more proofing and line edits). 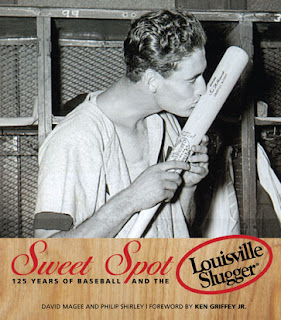 Anything you would like to add? Emotions triggered by fiction are the bedrock of success for a book. Can I make the reader feel fear? Excitement? Love? Can I help the reader to tap into a memory, or prompt some kind of response to the tension (positive or negative) in the situation on the page? It may be from the action with impending doom or simply from the internal struggles of a character with whom we find a connection. The exploration of emotions created by literature is a worthy discussion. In my case, I have little interest in writing the world’s next greatest literary wonder. My goal is to give someone a good five hours on a beach with their toes in the sand and a desire only to turn one more page before they need to rinse the sand and get ready for dinner. If I can help them feel the satisfaction (an important emotion) of going on a journey with a character they like, then my job is done.

Philip Shirley has published six books, including two novels and a collection of short fiction that was a finalist for the Jefferson Prize. He grew up in Alabama, including living for six years in Monroeville, officially designated as the Literary Capital of Alabama. He presently splits time between Dauphin Island, Alabama, and The Town of Lost Rabbit in Mississippi. He has received awards for fiction, poetry, speech writing and feature writing. He is executive chairman of Godwin, an ad agency. (Right: March of 2019)
https://philipshirley.com/
philipshirleybooks@gmail.com