#F063 INSIDE THE EMOTION OF FICTION: THE ORPHANS BOOK ONE: THE LOST RACE TRILOGY by Deborah Riley-Magnus

****Deborah Riley-Magnus’s THE ORPHANS BOOK ONE:  THE LOST RACE TRILOGY is #63 in the never-ending series called INSIDE THE EMOTION OF FICTION where the Chris Rice Cooper Blog (CRC) focuses on one specific excerpt from a fiction genre and how that fiction writer wrote that specific excerpt.  All INSIDE THE EMOTION OF FICTION links are at the end of this piece.

Name of fiction work? And were there other names you considered that you would like to share with us? This is my newest fiction. THE ORPHANS, Book One of The Lost Race Trilogy. When I write, oddly the titles come to me first, even before I have a clear idea of the story attached. Book one was always going to be titled THE ORPHANS. Book two, scheduled for release in November of 2019 is entitled METARTRON’S DAUGHTERS, and book three will be called REBUILDING ATLANTIS. 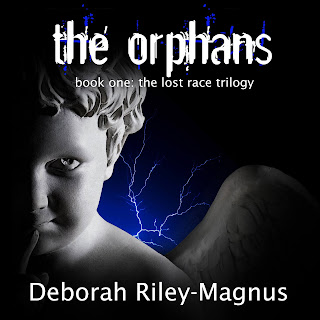 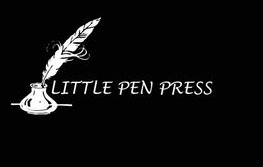 Has this been published? And it is totally fine if the answer is no. If yes, what publisher and what publication date? The book is published through my publishing company, Little Pen Press, released on November 27, 2018,

What is the date you began writing this piece of fiction and the date when you completely finished the piece of fiction? I began writing this first book in the trilogy two and a half years before it was finally published. The book traveled through several publication options and two interested literary agent hands before I chose to publish through my own company. After that, cover design, professional editing, and finally book design. I had already begun book two and outlined book three before THE ORPHANS
was released. 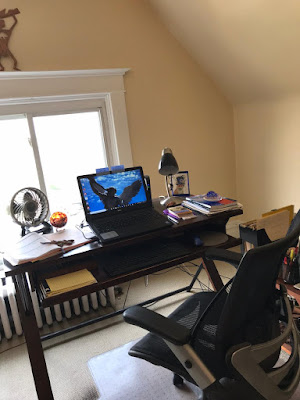 Where did you do most of your writing for this fiction work? And please describe in detail.  My home office is a delight for me, all year long. I live in beautiful Pittsburgh, Pennsylvania, on Mount Washington in a renovated Victorian house. My third-floor office overlooks the city of Pittsburgh with a sweeping view north, east, and west. I watch the snow and rain storms roll in, the dawn brighten the city, and listen to the trains and boats on the tracks and rivers below. I’ve attached a picture of my office space, but unfortunately, photography isn’t my strong suit, so you can’t see the lovely buildings outside the window. I am blessed with this writing space, and parts of  THE ORPHANS takes place in the city of Pittsburgh.

What were your writing habits while writing this work- did you drink something as you wrote, listen to music, write in pen and paper, directly on laptop; specific time of day? I also own a business where I help authors market their books for sales success, so my writing time is very precious to me. Early morning is best, it’s quiet and I can focus without distractions. I open email in the late morning and then it’s off to the marketing, teaching, coaching, and paying the bills races. It seems like a scattered focus, but I’m used to it. 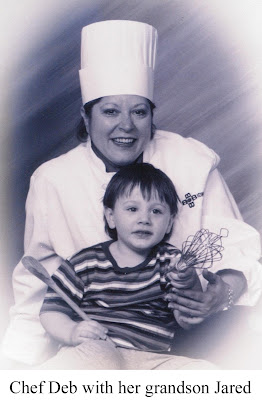 Years ago, I was a chef. During that time, I took breaks outside near the dumpsters and thought. A lot. On those breaks I wrote dialog, developed worldbuilding and story all inside my head. These days my breaks are a trip downstairs to refill my glass or sit on the porch swing for a few minutes. Then, like now, when I sat at the keyboard after a break, it’s all there, just awaiting the clacking keys.
I drink water all day, but I’m a ravenous snacker … nuts, nut bars, an occasional cookie. While writing THE ORPHANS and the rest of the trilogy, I like to listen to dark music, quiet, and setting the mood. Counting Crows radio dominates my Pandora account.

What is the summary of this specific fiction work? THE ORPHANS, Book One of The Lost Race Trilogy.
Hope. Magic. Balance. The true, holiest of causes. Eighteen-year-old Gracie Caine wants to live a simple, normal life after leaving Ariel’s Gate Orphanage. All she has is a photographic memory and a twisted club foot, but she feels good about herself until a shocking set of unexpected wings and a deadly war turn her hopeful future into something very different.
She has awakened to a secret world of angels and demons, bloody war and terror. It’s a world unseen by humans, veiled in magic, inhabited by breathing archangels and ancient beings, and ruled by battle strategy, money, and power.
Realizing that normal will never happen for the only known surviving pure Nephilim, Gracie is set on a precarious path burdened with the duty to protect her entire race. A promise was made in the beginning and the Nephilim are failing miserably. Their end is near, generating serious danger to human beings and the planet. Gracie must deal with her own fears and limitations, the diverse elements of her race, and those who wish to destroy it in a desperate effort to regain balance between good and evil.

Can you give the reader just enough information for them to understand what is going on in the excerpt? In this excerpt, Gracie has no idea what “Acclimation” really is, or that when it happens, it will reveal a hidden truth about herself, and all the other orphans in Ariel’s Gate Orphanage. She thinks she’s human, and believes her freedom to live a normal life awaits in thirty short days. In a brief preface prior to chapter one, an Ariel’s Gate student was found dead not far from orphanage. 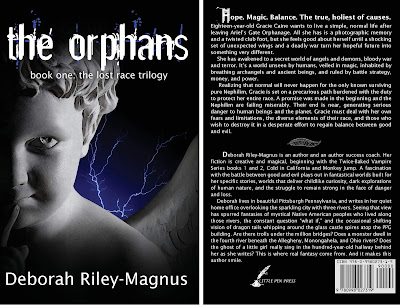 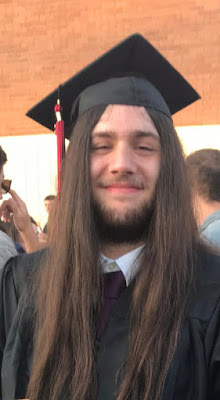 Why is this excerpt so emotional for you as a writer to write? And can you describe your own emotional experience of writing this specific excerpt? When I started telling Gracie’s story, I let myself drift to the times in my own life when I knew, without doubt, something was about to change. Big time. There’s that gong inside one’s heart that starts the warning. In Gracie’s case, the death of a student and her coming Acclimation herald a massive shift in her self-knowledge. What would she be after it all was over? What will I be after this book touches people? What will my grandson (Left: Jarod on his graduation day) be when he discovers his calling in life? We all wonder, and that wondering starts with a gong. It takes courage to acknowledge that sound and step forward, whether one is eighteen, or sixty-five.

Were there any deletions from this excerpt that you can share with us? And can you please include a photo of your marked up rough drafts of this excerpt. Actually, no. Funny, but by the stage of actual writing, it’s a solid story with a real path toward the chosen end. I do all that questioning on the porch swing or driving in slow traffic. 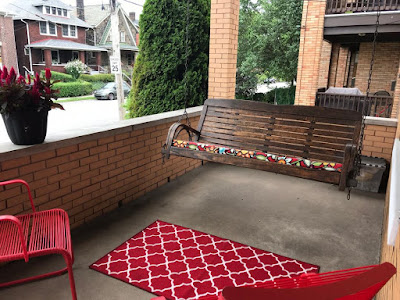 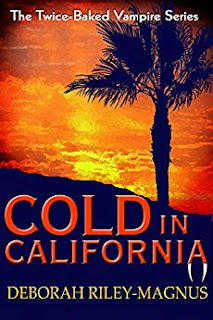 Occasionally a twist comes to me, but it all happens in the planning phases. The only marked-up copies come from my editor, and she mostly catches grammar and spelling errors.  I’ve always written stories that way. It’s the same when I make a quilt. People love to laugh and say, “It takes Deb only a few weeks to put together a quilt!” But they didn’t see the hundreds of hours inside my head, designing, imagining, creating, and visualizing that happen before I even step into the fabric store. It’s the same with writing, or creating a new recipe. It’s all done inside, then voila! 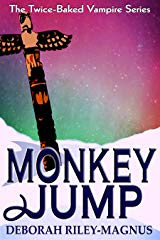 Other works you have published? FICTION - I have two of theee-books in The Twice Baked Vampire Series. COLD IN CALIFORNIA, and MONKEY JUMP available on Amazon. The third book, entitled AMSTERDAMNED, is scheduled for release next year.

I will be re-releasing book one of the Celestial Watch Saga, LUCIFER’S GUIDE, in June of this year. The previous publisher went under last year. 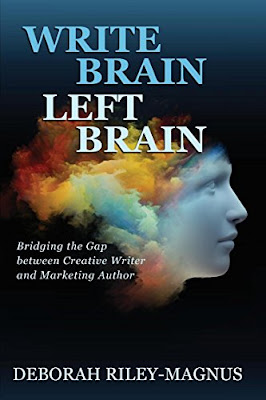 NONFICTION – Currently I have two books and two playbooks focused on bridging the gap between creative writers and marketing authors. WRITE BRAIN/LEFT BRAIN, CROSS MARKETING MAGIC FOR AUTHORS, and AUTHOR MARKETING PLAYBOOKS #1 and #2. In 2020 I will be releasing a new book to help authors understand how to write for a waiting market, and a corresponding playbook. 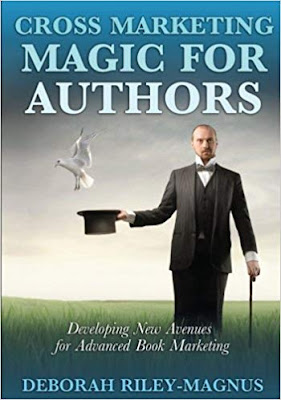 Anything you would like to add? Just that I LOVE my life! I spent the first half of it in marketing, publicity, and promotions … a portion of it sweating in professional kitchens … and NOW, for over a decade, how lucky am I to work with amazing creative writers, and actually get to write my own imagination, too? 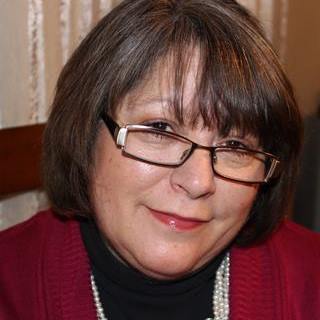 Deborah Riley-Magnus is an author and an Author Success Coach with forty-plus years professional background in marketing, advertising, and public relations. She has been a writer for print, television, and radio. She writes fiction and nonfiction and has been a ghostwriter for several clients. 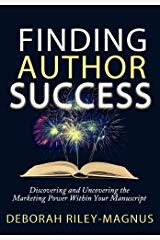 Her nonfiction—FINDING AUTHOR SUCCESS, CROSS MARKETING MAGIC FOR AUTHORS, and the newest, WRITE BRAIN/LEFT BRAIN— teaches authors how to bridge the gap between the creative writer and the marketing author. Her new AUTHOR MARKETING PLAYBOOKS #1, and #2 teach Master Class level marketing strategies and skills.
For over a decade Deborah has been working with authors to help them find sales success. She produces several pieces monthly for various websites and online publications. She teaches online and live workshops, clinics, and boot camps. She writes an author marketing industry blog and coaches authors, one-on-one, for sales success.
Her fiction is creative and mystical. COLD IN CALIFORNIA and MONKEY JUMP are books one and two of THE TWICE BAKED VAMPIRE SERIES, and take a lighthearted look at one vampire’s struggle to find his path to heaven. In November of 2018, THE ORPHANS, book one of THE LOST RACE TRILOGY was released. This trilogy explores the battle between good and evil through the eyes of Nephilim, half-angel/half-human beings, as they struggle to survive and protect all of humanity.
Deborah belongs to several writing and professional organizations. She has lived on both the east and west coast of the United States and has traveled the country widely. She is a native of Pittsburgh, Pennsylvania and returned in 2011 after living in Los Angeles, California for several years.

THE ORPHANS, Book One of the Lost Race Trilogy
https://www.amazon.com/Orphans-Book-Lost-Race-Trilogy-ebook/dp/B07MLHQGVT/ref=sr_1_1?s=books&ie=UTF8&qid=1548876131&sr=1-1&keywords=The+Orphans%2C+Book+1+of+The+Lost+Race+Trilogy 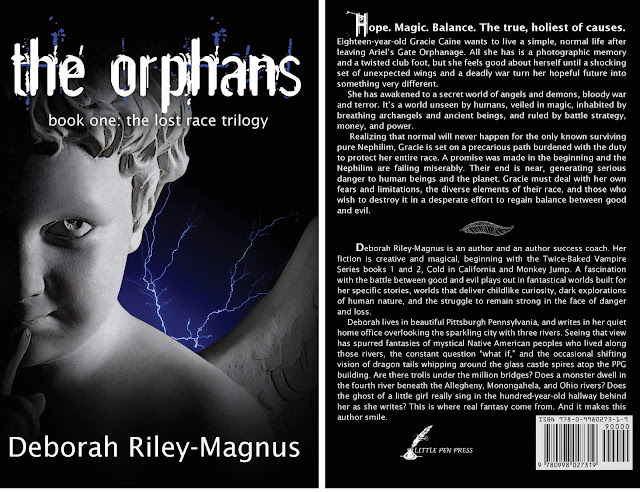