#33 Backstory of the Poem "I Have A Bass Guitar Called Vanessa" by Robert Craven . . . 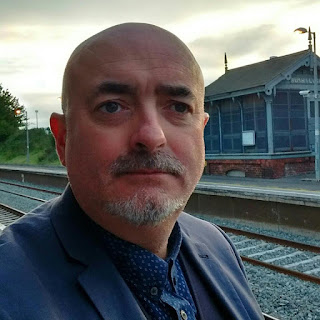 #33
Backstory of the Poem
“I Have A Bass Guitar Called Vanessa”
by Robert Craven
cravenwr@gmail.com
Twitter handle - @cravenrobert 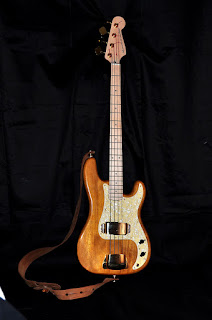 Can you go through the step-by-step process of writing this poem from the moment the idea was first conceived in your brain until final form?    I’ve just completed a creative writing course on-line focussing on poetry, moreover exploring the process of writing. The tools. One of the exercises was ‘found’ poetry – taking two elements and making a poem from. I took my old bass and looked out on the street at the road. From here the idea grew. The road and the bass explain a large portion of my life – touring with bands and the journey this instrument took me on. I created three or four drafts, reading each one aloud. I’m not pushed on rhyme, but more rhythm.   (Right:  Johannes et Jacobus "Le Roi du Soleil" Precision Style Bass (JJ004) from Flickr album "200907 My Guitars" by John Clift.  CCBSA) 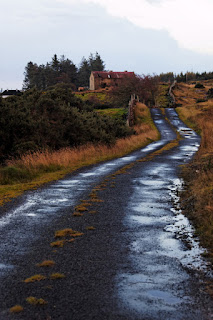 Where were you when you started to actually write the poem?  And please describe the place in great detail.   I write first thing in the morning. I have a small corner of sofa that I struggle to keep ownership with my cat, Suki. From this seat, I have a view of the garden and sky. I’m lucky where I live, no high-rises or tall buildings. On the sofa we have a woven blanket bought from a Blackfoot reservation in Canada. It is deep red with green and white chevrons and diamonds. I write from a laptop on my lap and a cup of coffee perched precariously on the arm of the sofa. (Left:  Back Road in Ireland.  Public Domain) 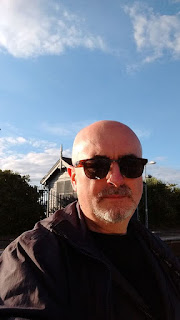 What month and year did you start writing this poem?   I started this poem at the start of June – 3rd or 4th. I’m only just happy with it now. (Right:  Robert Craven in May of 2018.  Copyright permission granted by Robert Craven for this CRC Blog Post Only)

How many drafts of this poem did you write before going to the final? (And can you share a photograph of your rough drafts with pen markings on it?)   I wrote out four drafts long hand – typed up two and this is the final – six in total. 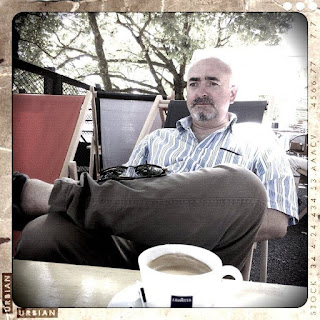 Were there any lines in any of your rough drafts of this poem that were not in the final version?  And can you share them with us?   One line didn’t make the cut – “waiting for your hatred” – it was going to be the very last line but shapes the final image poorly. I was angry growing up in Dublin in the 1980’s. The only escape was music – I played blues, jazz and punk – all musical forms expressing anger and pain. I didn’t want the bass to be a weapon – some musicians think that way. My son, Liam is interested in music and maybe one day he might want to just jam or take it further, he can take the bass – it’s his now.  (Left:  Robert Craven in August of 2015. Copyright permission granted by Robert Craven for this CRC Blog Post Only) 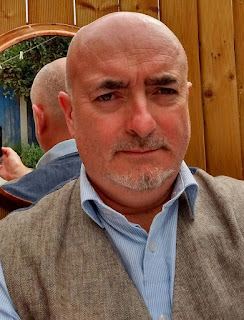 What do you want readers of this poem to take from this poem?   I’d like the readers to enjoy it – it was a wonderful time in my life, but all good things come to an end. I hope it reads like an old photograph pulled from a yearbook. (Right:  Self photo by Robert Craven.  Copyright permission granted by Robert Craven for this CRC Blog Post Only) 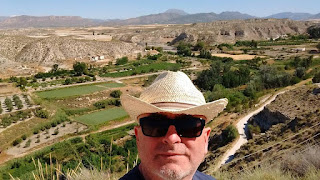 Which part of the poem was the most emotional of you to write and why?   Along the highways of Ireland, Wales and England.
snug in her case, Vanessa travelled by car, boat and plane to Holland
and thrummed and boomed
like thunder in its clubs and bars.
As a musician, the doors began to open, and I got to travel out of Ireland playing it. I began to see hope during a bad economic downturn - & maybe the bands I played in brought a little relief. It’s a real right-of-passage. (Left:  Robert Craven in June 30, 2017. Copyright permission granted by Robert Craven for this CRC Blog Post Only)

Has this poem been published before?  And if so where?   Yes, on a free-to-read-site ABCTales.com 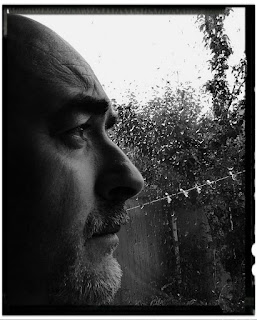 Anything you would like to add?   Poetry is one thing I find very hard to do – it really is a bearing of the soul for all to see. Anyone who does this for a living has my heart-felt respect (Left:  Robert Craven in November of 2016. Copyright granted by Robert Craven for this CRC Blog Post Only)

I Have A Bass Guitar Called Vanessa


I have a bass guitar,
It’s a Jazz-copy that I call Vanessa;
Vanessa is my road bass,
and travelled around with me in a battered
old flight case.
Along the highways of Ireland, Wales and England.
snug in her case, Vanessa travelled by car, boat and plane to Holland
and thrummed and boomed
like thunder in its clubs and bars.
The pick-ups are old, The frets worn smooth
and the rose-wood neck is scarred by
the fingered steel-wound strings.
The body's chipped and grooved from nightly use for a decade and two.
Propped and stood and hurled onto stages of wood and stone and crate-mounted planks.
The finish has lost its lustre, but not her rich, lush tone.
Not her soul of mother-of-pearl.

Vanessa lies in the shadows of the wardrobe, the shoulder strap twisted up like a serpent,
waiting for your fourteenth birthday.
Waiting for the next generation of anger... 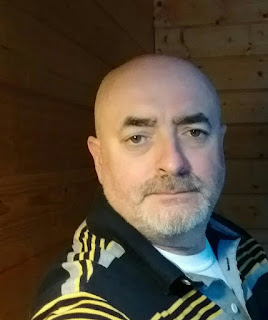 Robert Craven was born in Manchester and now lives in Dublin, Ireland.  He is the author of Get Lenin, Sinnman, A Finger of Night, and Hollow Point.  He is also the author of the novella The Steampunk Novella-The Mandarin Cipher and two horror anthologys A Communion of Blood and Vodou. (Right:  Robert Craven in February of 2018.  Copyright permission granted by Robert Craven for this CRC Blog Post Only)