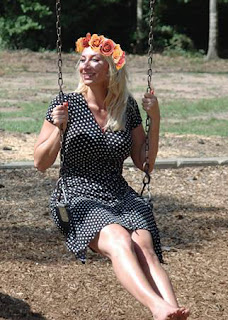 #32 Backstory of the Poem
“Astral”
by Melissa Studdard
www.melissastuddard.com 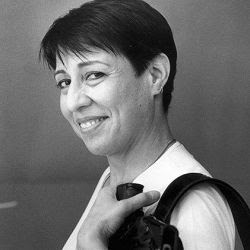 Can you go through the step-by-step process of writing this poem from the moment the idea was first conceived in your brain until final form?  I wrote “Astral” in a flash, just a few hours. Poet/editor Sarah Cortez (Right Fair Use) (https://www.poetacortez.com) contacted me because I hadn’t answered a call for submissions for an anthology, and she was going to press soon and wanted to include a poem by me. Everything I’d written on her subject, Mexico, was already taken by other publishers, so I decided to write a new poem for her. 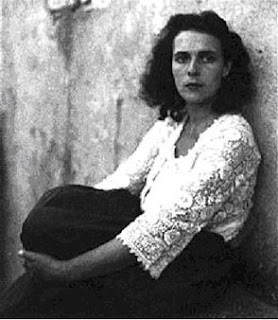 I sat briefly considering ways to narrow the topic. Since I had to turn the poem out quickly, I decided to use ekphrasis. I knew if I looked at a painting, the images would inspire me. I don’t know how much you know about Leonora Carrington (Left Public Domain)
(http://www.leocarrington.com), the painter the poem is about, but she was strange and brilliant and feral. She grew up in a rigid environment in England and later immigrated to Mexico after having had traumatic experiences in other European countries during World War II. 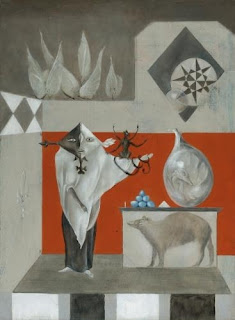 So, I decided to intertwine thoughts about her life with images from her paintings. I didn’t know how it would go or how it would end, but I started looking at her work and reading about her and making notes. I knew her life and paintings well already because I love her and I love her work, and I have for a long time. But I wanted to refresh myself and meditate on the images and concepts. (Right:  Leonora Carrington's The Conjurer in 1960-  Fair Use) 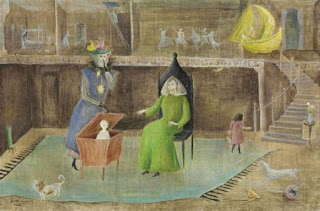 After that, it happened rapidly—I started with details from her life; then I wove in visuals from the paintings. Periodically I went back to tighten description and language or rearrange syntax. I wrote and revised at the same time—every two lines or so I would stop and revise. As I moved along, it became clear to me that I wanted to approach her immigration to Mexico as a healing of the damage done to her from having grown up in such a sterile environment. She belonged in England as much as a hyena belongs in a zoo cage or a horse belongs in a stable. (Left: Leonora Carrington's Neighborly Advice in 1947.  Fair Use) 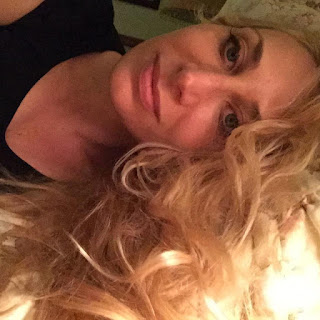 Where were you when you started to actually write the poem? And please describe the place in great detail.  I was on my bed with my laptop and cats. I have my grandmother’s old bedframe—a mahogany four-poster. It’s part of the bedroom set she had for as long back as I can remember, and it’s a spiritual and sentimental place for me to write. I was living with extended family at that time—my daughter and both of my parents—and my bedroom there had huge, floor-to-ceiling windows that looked out over a patio and yard with towering pines and a Japanese Maple. The 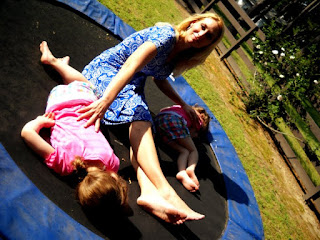 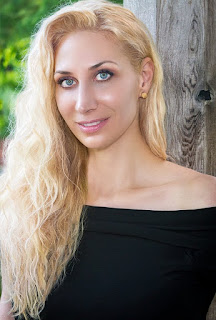 What month and year did you start writing this poem?  I’m not sure of the month, but it was written in 2014 or 2015. (Right:  Melissa Studdard in August 2014.  Attributed to Darren Weatherly Trentacosta.  Copyright permission granted by Melissa Studdard for this CRC Blog Post Only) 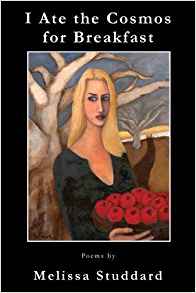 How many drafts of this poem did you write before going to the final? (And can you share a photograph of your rough drafts with pen markings on it?)  I revised as I wrote it, so you could say one draft or thirty-five, depending on how you look at things. I did it on my computer, so there’s 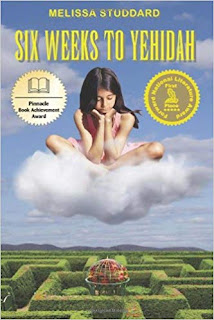 nothing to show in the way of drafts, but I have notes I made before I wrote the poem. I was saving them to harvest what didn’t go into “Astral” for another poem. I’m going to drop them here exactly as they appear in the document, without correcting spelling or anything—you can see how quickly I was working. If something is in quotes, that means I read it somewhere and was trying to digest it. 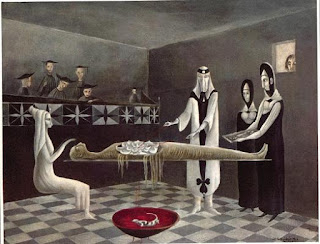 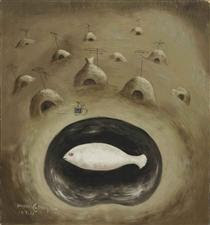 Beliefs that mirrored her own interest in occult  (Above Right: Leonora Carrington's The Last Fish in 1974.  Fair Use) 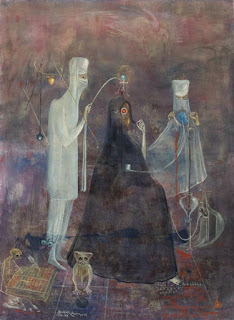 traveling to Mexico in a fish

"Combine themes of transit and transformation"

not a muse: n Mexico defined a relationship w ancient healing arts that was different from the surrealist belief in “childlike sourceresses to liberate male creativity”  (Above Left: Leonora Carrington's Operation Wednesday 1969.  Fair Use) 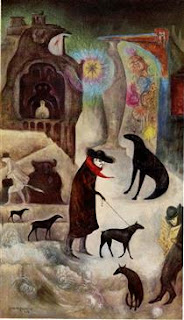 she and varo--stones, shells, quartz crystals to transform kitchen into a laboratory and stew pot into "alchemical alembic" 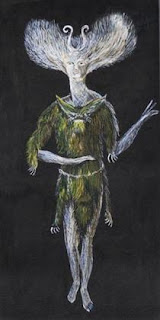 painting of the lerma, the jug

"conscious of the power of space and the things that reside therein" (Above Left: Leonora Carrington's Untitled 1960.  Fair Use) 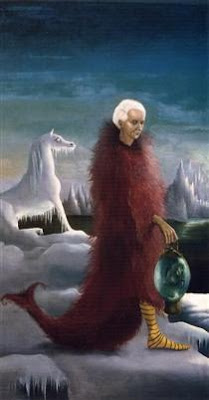 combination of magical and mundane

believed in the 4th dimension, life of spirit as real
witches

write the landscape wither backwards hands (Above Right:  Portrait of Max Ernst in 1939.  Fair Use) 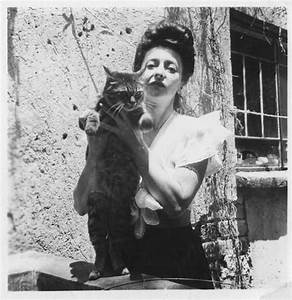 Were there any lines in any of your rough drafts of this poem that were not in the final version? And can you share them with us?  A lot of the notes and ideas listed above never made it into the poem, but they inspired other ideas that did go in. I’m going to write another poem that uses the cooking and kitchen imagery. Carrington and another painter, Remedios Varo (Left: Fair Use)  sought to reclaim the kitchen from domestic servitude by creating their own alchemy there. That’s rich fodder for another poem. 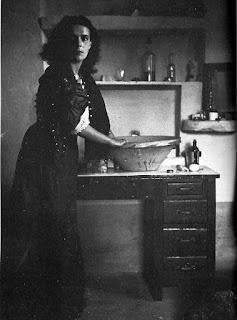 What do you want readers of this poem to take from this poem?  Your spirit is yours. When safe and possible, resist conforming in ways that limit it. Find the place, the people, the art, and the activities that make you come alive. And if you can’t find them, live alone and dance barefoot in the grass at midnight, and talk to the frogs and all the little scuttling creatures beneath the moon. They will keep you company. And if you are not free to live alone and dance beneath the moon at midnight, develop a rich inner life. Your imagination, like Carrington’s (Above Right.  Fair Use) can provide you with beauty when your outer world is lacking. 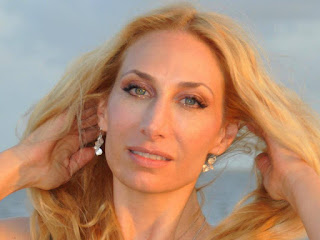 Which part of the poem was the most emotional for you to write and why?   “as she removed the sutures of logic / and unbound the lyrics of her being,” Like Carrington, I’ve been impaired by societal conventions and expectations. I’ve felt trapped, controlled, hampered. I’ve been made to feel crazy for being creative, and I’ve seen my light flicker off and almost out.  Unlike Carrington, I’ve contributed to my own mental imprisonment, which is a double death. Deader than dead. I am trying and trying to unbind the lyrics of my being. (Above Left:  Melissa Studdard in June of 2013.  Copyright permission granted by Melissa Studdard for this CRC Blog Post Only) 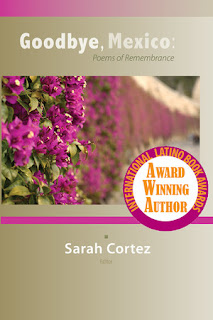 Has this poem been published before? And if so where? Goodbye, Mexico:  Poems of Remembrance
(Texas Review Press, 2015)
Edited by Sarah Cortez
https://www.poetacortez.com/goodbye-mexico

Anything you would like to add?  Nope. Thanks for the great questions! I love your blog.

Her soul was folklore
and her body was the shadow of alphabet
written backwards in secret code.
I will try to tell you a story:
how the lamp of her
arrived before she did, a ghost
among the masks and tapestries at market—
invisible tongue of quartz, hands like jellyfish,
mouth of inner shell. And how delicate the silver thread
that led back to the flesh-protected skull.
When she first showed up, they were
pouring the Lerma from a big jug
into cuts of land. They were stitching cities
on an old loom. She’d always known it
would take a country to decode her,
and as she removed the sutures of logic
and unbound the lyrics of her being,
she remembered it: Mexico,
the word she’d been dreaming all along. 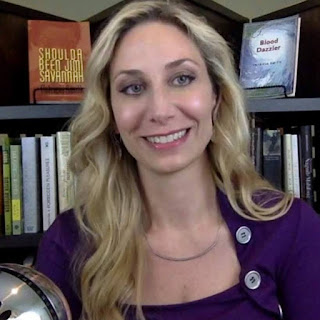 Melissa Studdard (Right in January of 2017.  Copyright permission granted by Melissa Studdard for this CRC Blog Post Only) is the author of the poetry collection I Ate the Cosmos for Breakfast and the young adult novel Six Weeks to Yehidah. 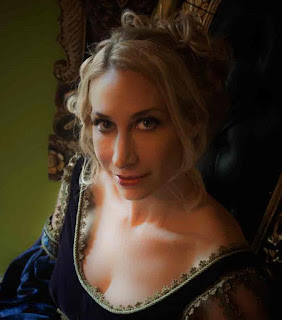 Her short writings have appeared in a wide variety of journals, magazines, blogs, and anthologies, such as The Guardian, The New York Times, Psychology Today, Harvard Review, New Ohio Review, Bettering American Poetry, and Poets & Writers.  In addition to writing, she serves as executive producer and host of VIDA Voices & 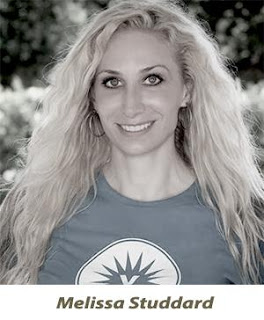