#88 Inside the Emotion of Fiction "HARROWGATE" by Kate Maruyama 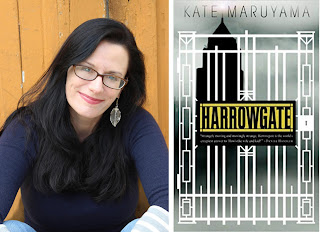 Name of fiction work? And were there other names you considered that you would like to share with us?
HARROWGATE. I had saved the file as this, the name of the building where the story takes place. I came up with tons of other titles including THRESHOLD which I liked quite a bit, but the publishing company liked Harrowgate and we went with it.

Has this been published? And it is totally fine if the answer is no. If yes, what publisher and what publication date?
47North published this book in September 2013

What is the date you began writing this piece of fiction and the date when you completely finished the piece of fiction?
This started out as the last five pages of a screenplay written in 1999. The screenplay was terrible, but those five pages wouldn’t leave me. It then bloomed into a novel in my graduate program at Antioch University Los Angeles. 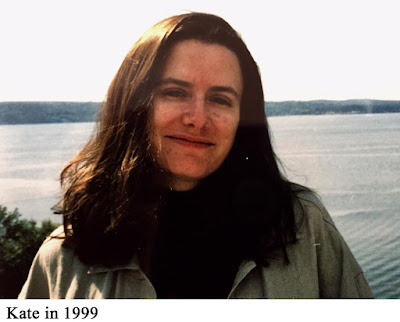 Where did you do most of your writing for this fiction work? And please describe in detail. And can you please include a photo? I wrote/write at my dining table as my kids grew up around me. It’s usually a disaster area as my husband often works at home and my kids did/do their homework at this table. I worked while they were at school. Perhaps it will get tidier as they go off to college (this is my last year with them) but we’ll see. All I ask is quiet, I gave up tidying up before working as it would take too long and eats up valuable work time. What were your writing habits while writing this work- did you drink something as you wrote, listen to music, write in pen and paper, directly on laptop; specific time of day? Laptop. You have two kids and two jobs, you work whenever you find a spare minute. Patterns varied throughout. I made sure to sit down at least three times a week for three hours at a time and made sure to get out at least two or three pages during that time. But sometimes it came much longer, sometimes if I had a little more time before getting my kids from school I worked straight through. When I was editing for my publisher I was working 8, 9 hour days as we had a very short time span in which to complete a huge developmental rewrite.

What is the summary of this specific fiction work? I don’t like to summarize, for reasons of spoilers, but this is the jacket copy: Michael should be overjoyed by the birth of his son, but his wife, Sarah won't let him touch the baby or allow anyone to visit.
Greta, an intrusive, sinister doula has wormed her way into their lives, driving a wedge between Michael and his family. Every time he leaves the Harrowgate, he returns to find his beloved wife and baby altered. He feels his family slipping away and, as a malevolent force begins to creep in, Michael does what any new father would do—he fights to keep his family together.
Kate Maruyama’s debut novel, Harrowgate, is a chilling, richly detailed story of love, loss, and the haunted place that lies between. And how I pitch it when people ask: A man’s wife and kid are dead but still living with him. He tries to make it work. 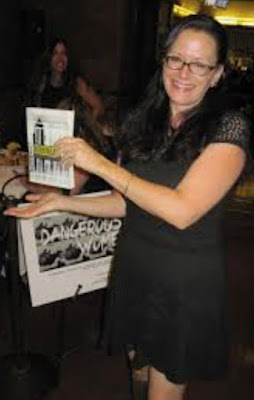 Can you give the reader just enough information for them to understand what is going on in the excerpt? Michael’s wife Sarah, and child, Tim are dead (Sarah lost Tim and died in childbirth) but living with him in his apartment. Time moves differently for them, so any time there is an interruption, like a visitor or when Michael steps out for groceries, Sarah disappears and months pass for her. When they return to each other, Sarah is more emaciated and Tim has aged considerably. Michael’s mother, Helen and his sister, Anna drop by and are insisting on a funeral for his wife and child. Michael is panicked by the idea of a funeral, what will happen to his family if he leaves the apartment, and where Sarah goes when she disappears on him? Michael wants Anna and Helen to leave, but he knows that more time spent with them now means that they might leave him alone later. Helen has been away too long and knows him too well to accept a quick goodbye. The lies are building. He feels a childish shame, lying to Sarah, lying to his mother. But this keeps Sarah and Tim with him. He’s doing this for his family. People have done worse to keep their families together. 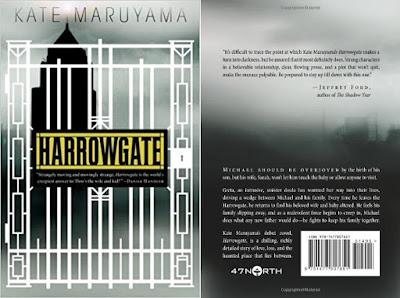 Why is this excerpt so emotional for you as a writer to write? And can you describe your own emotional experience of writing this specific excerpt?  I like that push/pull between worlds and loves, between the family we come from and the family we live in. And how terrifyingly isolating it is when you can’t help your spouse through whatever emotional moment they are having.

Were there any deletions from this excerpt that you can share with us? Anything edited was an excellent choice in editing. As it was edited on the computer, I don’t have marked up drafts and my editor wouldn’t like his notes shared publicly, I think. He was excellent, but asked that his identity remain private.

Other works you have published? I have published short pieces in several print and online journals as well as in three anthologies. You can find more on my WRITINGS page here:
https://katermaruyama.wordpress.com/writings/

Anything you would like to add? Thank you for having me! 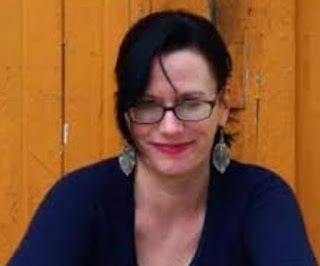 Kate Maruyama was raised on books and weaned on movies in a small college town in New England. She writes, teaches, cooks, and eats in Los Angeles, where she lives with her family.
Her novel, Harrowgate was published by 47North in 2013 and her short story, “Akiko” is featured in Phantasma: Stories and “Crying Wolf” is featured in Winter Horror Days. “La Calavera” can be found in Halloween Carnival: Volume 3. Her short, non-genre fiction has been published in Arcadia Magazine, Stoneboat and on Role Reboot, Gemini Magazine, Salon, The Rumpus and Duende, among others. You can peruse some of these pieces on the Writings page.
She holds an MFA in Creative Writing from Antioch University Los Angeles, where she is now affiliate faculty with the BA program. She is an instructor with Writing Workshops Los Angeles and co-founded and edits the literary website, Annotation Nation.  She has served as a juror for The Bram Stoker Awards and for the Shirley Jackson Awards.