#90 Inside the Emotion of Fiction "THE TRUNK" by Linda Mooney 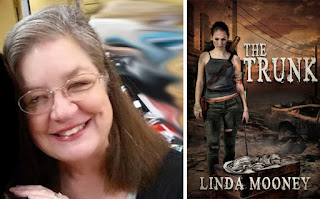 
Where did you do most of your writing for this fiction work? And please describe in detail. And can you please include a photo? My husband and I are empty-nesters. Ours was originally a four-bedroom home (but the fourth bedroom is very, very tiny.) Hubby is a remote staffer for a company out of Nashville, and his office is that fourth bedroom. I took son #2’s slightly larger bedroom for my own office, where I do 99.9% of my writing. 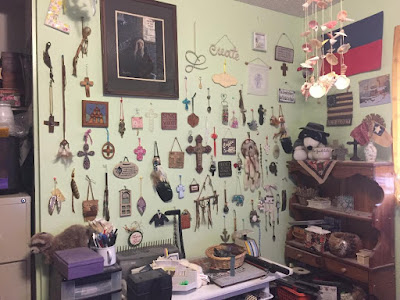 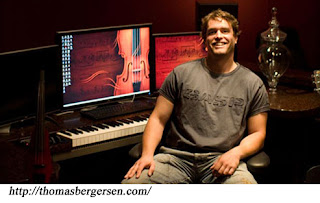 What were your writing habits while writing this work- did you drink something as you wrote, listen to music, write in pen and paper, directly on laptop; specific time of day? I drink coffee most of the day. I also plug into my computer and listen to orchestral music while I’m writing. I can’t listen to actual songs with words. They distract me. Some of my favorite albums are those by Thomas Bergersen, Two Steps from Hell (Trust me on this! These are some fantastic scores!), Audiomachine, Trailerhead, and Future World. 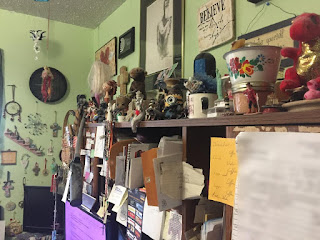 My schedule usually runs like this: I edit the chapter I wrote the previous day that morning. After lunch, I begin the next chapter. When I take a break, I either record a chapter into an MP3 file—which will eventually become an audiobook—or edit a previously recorded file (BELOW RIGHT). I finish the chapter that evening. 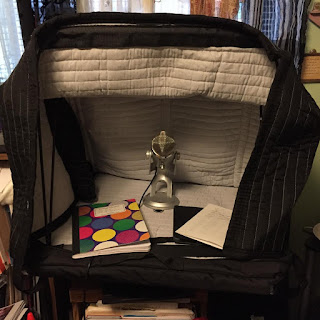 What is the summary of this specific fiction work? In the not too distant future, the human population is nearly wiped out by an alien invasion. Six years after the initial attack, Emlee Dow isn’t too worried about the continuing alien presence any longer. It’s the few humans left who pose a greater threat. Food and supplies are hard to come by, making survival an ever increasing struggle. Luckily, she finds refuge in an undiscovered basement room, containing enough supplies to last weeks.
Feeling full and relatively safe, Emlee decides to rest while she can. She wasn’t expecting her world to be turned upside down when she woke. Or for the already upside down world to be flipped right side up, pre-destruction. Thrown into the past, she meets Mykail, and has only days to convince him she’s not crazy before history repeats itself…or is it the future?
In these difficult and trying times, it’s hard to know who to trust. Just when you find someone, they’re lost just as quickly.
Can love be found again in the future? Or is it a thing of the past?
Warning! Contains several outfit changes, broom handle self-defense, a spare key fob, expired food, freckles, the sound of thunder, a never-ending search for sanity in a world gone insane, and two people forced to wait years before love triumphs. 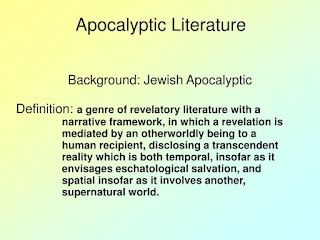 Can you give the reader just enough information for them to understand what is going on in the excerpt? Emlee has lived through an apocalyptic event caused by aliens. While on the run from some predators, she comes across an untouched basement that affords her protection. In this basement is a trunk of clothes, and she puts on some of those clean clothes since she hasn’t had a decent bath in weeks. But when she wakes up, she finds herself back in the past, just hours prior to the aliens attacking, and meets the man who lives in that basement. She then has to convince him of what’s about to come down, and find a way for them both to survive this second time around.

Please include the excerpt and include page numbers as reference. The excerpt can be as short or as long as you prefer. (From Chapter 14, page 50)     Her gaze went immediately to the windows. Seeing the bright sunlight, and the lack of magazine pages not taped over them, Emlee knew she was back in the past. Just how far back, and when in time she’d arrived, remained a temporary mystery. 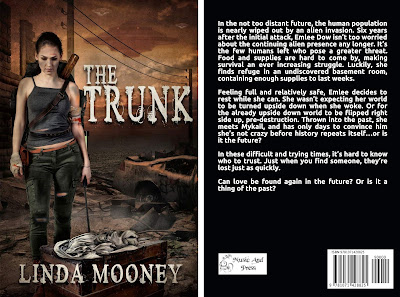 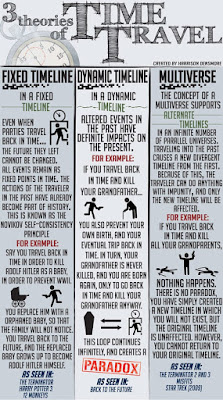 Why is this excerpt so emotional for you? And can you describe your own emotional experience of writing this specific excerpt? I’ve always loved time-travel stories and apocalyptic/post-apocalyptic stories. So any chance I get to come up with a unique and different twist on things are loads of fun to write. I wanted the story told from the heroine’s POV, and include how I might react if such an impossibility ever happened to me. Of course, I don’t think I’d have the same stamina and wherewithal to accomplish what Emlee does, but makes for a lot interesting “what ifs”. 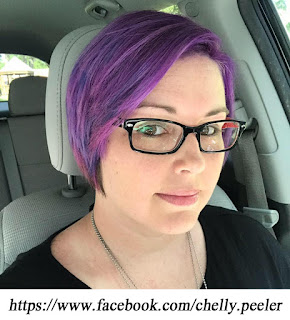 Were there any deletions from this excerpt that you can share with us? And can you please include a photo of your marked up rough drafts of this excerpt. Nothing was deleted from this story. And, unfortunately, I don’t keep copies of edited drafts. My editor, Chelly Peeler, will vouch that I write clean, with maybe a dozen or so corrections needed per book. 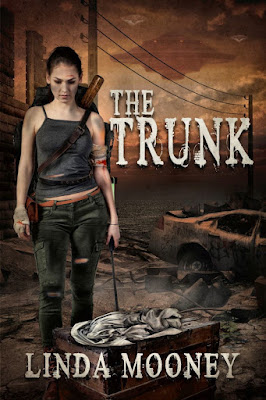 Other works you have published? Oh, yes. So far I’ve published over 125 books. You can find them all at my website https://linda
mooney.com/

Anything you would like to add? THE TRUNK is a standalone. I run about 50/50 between writing those and series. But I learned a long time ago never to say never to never about doing a book 2 (or 3) when it comes to any standalone. Sometimes a plot hits me from out of the blue, or readers may beg for another book. 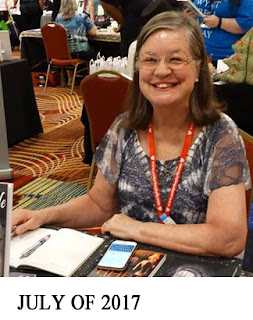 Linda Mooney loves to write sweet and sensuous romance with a fantasy, paranormal, or science fiction flair. As the author of over 100 books, her technique is often described as being as visual as a motion picture or graphic novel.
She’s a wife, mother, grandmother, and retired Kindergarten and music teacher who lives in a small south Texas town near the Gulf coast, where she delves into other worlds filled with daring exploits, adventure, and intense love.
She’s had numerous best sellers, including 10 consecutive #1s. Also included in her achievements, she’s been named Author of the Year, and her book Lord of Thunder is an Epic Ebook "Eppie" Award Winner for Best Erotic Sci-Fi Romance.
Linda also writes naughty humorous romances under the name of Carolyn Gregg, horror under the pseudonym of Gail Smith, and elementary teacher workbooks as L. G. Mooney.
In addition, she is an audiobook narrator for all genres, but specializes in romance fiction.
For more information about her books, up-coming and new releases, contests, and giveaways, and to sign up for her newsletter, please visit her website:
http://www.LindaMooney.com