#56 Backstory of the Poem "The Seamstress" by Len Kuntz

Below:  Title photo of Len Kuntz in April of 2018.  Copyright permission granted by Len Kuntz for this CRC Blog Post Only 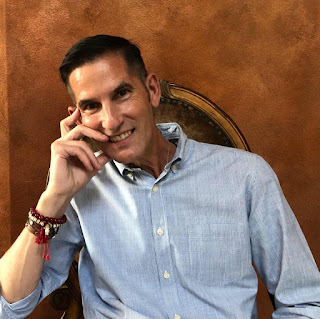 #56 Backstory of the Poem

Can you go through the step-by-step process of writing this poem from the moment the idea was first conceived in your brain until final form?   I actually just had the first line: “Our bathtub is filled with buttons.”  I’m not sure where it came from, but it struck me as something quite fertile.  Why would a bathtub be full of buttons?  Who put them there?  What kind of buttons?  How do other people react to discovering something like that?
In a matter of a few minutes, I saw the couple quite vividly and the poem came to life almost on its own. 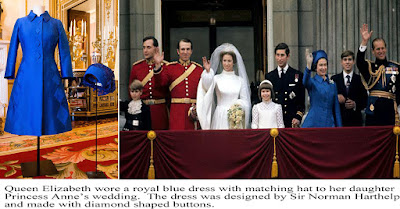 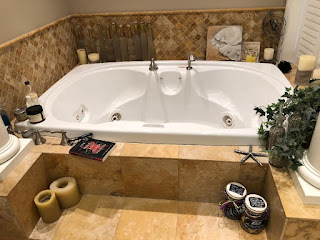 Where were you when you started to actually write the poem? And please describe the place in great detail.   Ha.  I was actually in the bathtub. (Right)  I used to have a nightly habit of taking a soak with bubbles and the jets running.  For whatever reason, as soon as I step into the water, the tub empties my mind, sort of like sorbet cleansing a pallet, and in a matter of minutes all kinds of odds and ends spring to mind.  That’s why I always have paper and pen handy no matter where I am. Even near the tub or shower. 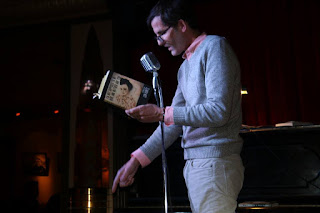 What month and year did you start writing this poem?   This is an older poem, and the first in my collection, “The Dishonesty of Certain Mirrors,” out this year from Cervena Barva press.  So, it was written all the way back in March of 2016. (Left:  Kuntz doing a poetry reading in October of 2016.  Copyright permission granted by Len Kuntz for this CRC Blog Post Only) 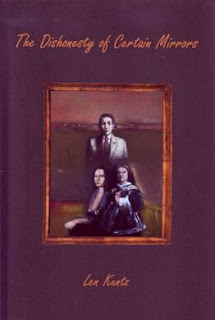 How many drafts of this poem did you write before going to the final? (And can you share a photograph of your rough drafts with pen markings on it?)   I am terrible example of diligence when it comes to re-writing and editing.  I hate both, and almost never do them.  I tend to just vomit out a poem or story within a few minutes.  I might change a word or two later, but if I don’t finish it at once, I usually never do.  Consequently, I have stacks and stacks of unfinished things piled up in my office that I nevertheless print out thinking someday I’ll go back to them, or use them for inspiration, yet I never do. 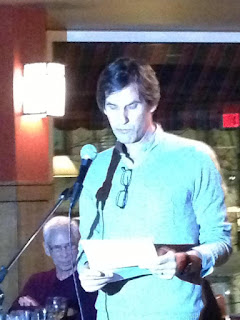 What do you want readers of this poem to take from this poem?   When I first read this poem, in Chicago, someone in the audience chuckled at the beginning.  That caught me off guard, but now I can see some of the humor in it, especially at the end. (Left:  Kuntz at a poetry reading.  Copyright permission granted by Len Kuntz for this CRC Blog Post Only) 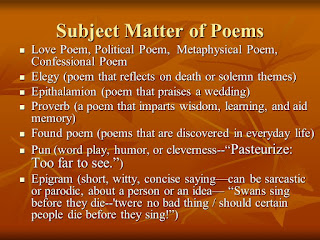 Almost everything I write is dark, about a wounded person, or a person struggling with their problems, but almost always there’s an underbelly of hopefulness in the pieces, or I’d like to think so anyway. 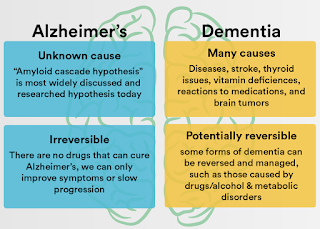 In “The Seamstress” we have a woman suffering from severe dementia, remembering her glory days as a tailor to royalty.  Her husband is having to decide what steps to take regarding her illness, as well as his role in shepherding her through it.
To me, the most powerful part of the poem is the end because it’s tragic and lovely at the same time:
“When I look up
you’re there,
naked but smiling,
asking, “Is the water warm?”
Then, “Got room for two?”

Has this poem been published before? And if so where?   Yes, in AUTUMN SKY POETRY.  The link is on my blog, on the righthand side under Words in Print, along with everything else I’ve had published online, which is about 800 or so pieces.
Here’s the link: http://lenkuntz.blogspot.com/ 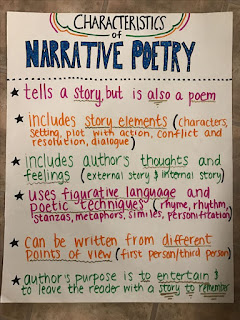 Anything you would like to add?   My poetry almost always tendsto have a narrative arc of some sort.  I want to capture a defining moment or situation, and shine an intense light on it.  It’s usually not too hard for the reader to know what’s going on, and I’m okay with that, in fact, that’s the notion.  Still, I want to language to jostle the reader, make them twitch or sigh, of if I’m really lucky say, “Wow.”

Our bathtub is filled with buttons–
mother of pearl and metal,
plastic pea coat shapes with
embossed anchors,
wooden toggles from Holland,
horn and hemp.
Your hair is a gray dandelion gone to seed.
Your eyes flit like a startled squirrel
and saliva webs your mouth when
you open the door saying,
“What on earth?”
Later in bed that night
I listen to your coarse breath,
your frail bones moaning when you toss and turn.
But we were young once,
and you stitched beautiful things then.
You dressed queens and saints,
men with money.
I slink off the mattress now,
and click on the bathroom light.
As I slide inside the tub
the buttons chatter and gossip,
their color shimmering.
Perhaps you clipped them
because they reminded you of better days,
or maybe you overhead me on the phone with the rest home folks.
Either way, I grab handfuls and watch them clatter
across the great heap.
When I look up,
you’re there,
naked but smiling,
asking, “Is the water warm?”
Then, “Got room for two?” 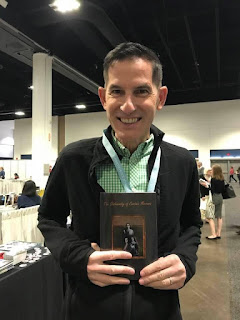 Len Kuntz is a writer from Washington State and the author of four books, most recently the poetry collection, “The Dishonesty of Certain Mirrors,” out now from Cervena Barva Press, and the story collection, “This Is Why I Need You,” forthcoming in January 2019 from Ravenna Press.  You can also find more of his work at
http://lenkuntz.blogspot.com/
Lenk98290@hotmail.com