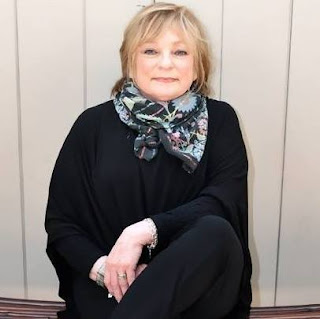 #38 Backstory of the Poem
“Women of the Fields” by Andrena Zawinski
andrena.zawinski@att.net

Can you go through the step-by-step process of writing this poem from the moment the idea was first conceived in your brain until final form? Where were you when you started to actually write the poem? And please describe the place in great detail.  My spouse and I were driving down to Monterey after visiting her mother in the Central Valley of California. En route, we passed through Watsonville and Salinas, where, like in the San Joaquin, you can’t miss seeing workers in droves pick fruits and vegetables from fields skirting the highways. After stopping at a roadside stands for fresh berries, we made our way through Santa Cruz, a contrast as a college town scene with beaches.
(Below:  Women of in the fields of Watsonville.  Credit :  United States Department of Agriculture) 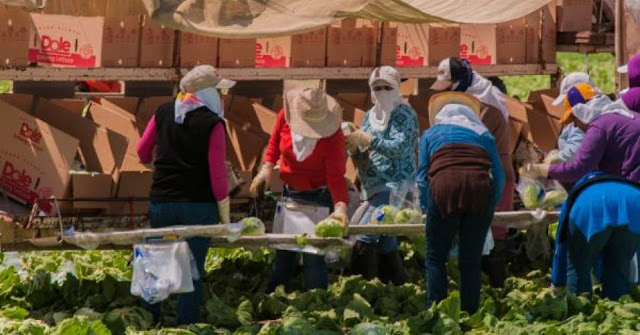 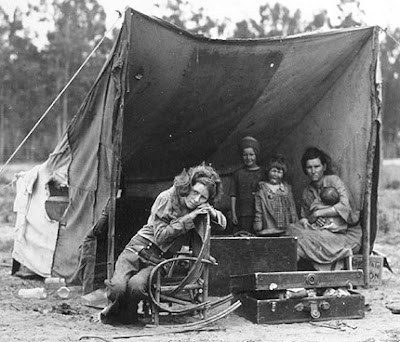 It was then a radio show came on promoting a documentary that addressed issues facing women who worked in the fields. This piqued my interest since I had already written and published poetry on field workers: “The Pickers” (published in The Progressive and elsewhere), “Intoxicating Morning” (published in Ale House Review), “On the Road Hijacked by Memory” (that most recently appeared in Aeolian Harp Series: anthology of poetry folios Vol. 3 from Glass Lyre Press). (Above Right:  famous migrant women photo attributed to Dorothea Lane.  Public Domain) 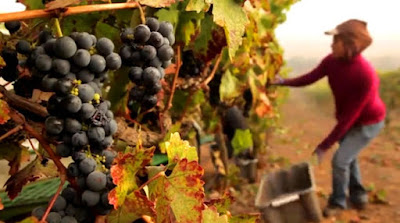 Around that time, I had been giving some thought to agricultural exemptions that allowed children to work the fields along with quite a bit of thought to horrific work conditions for men, but I hadn’t yet turned my attention to women being part of that labor force. In the car, I started jotting down notes of images I had seen, random thoughts that flooded my head, things to later look into, when the radio show turned to sexual assault as something women had to contend with almost routinely.  (Above Right: Woman migrant worker in Salinas, California. Public Domain) 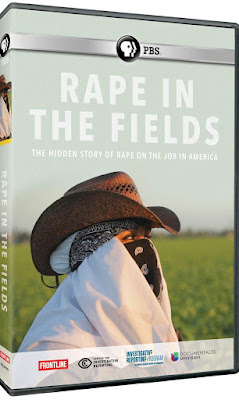 Later I was haunted by this, spent days reading about these women. Then the combination of that rather haphazard research meshed with characters who began to loom large in my imagination and spilled as a catalog onto the page; almost like real essences, as I fine tuned them, draft upon draft, they became very close to the heart for me. https://www.amazon.com/Frontline-Rape-Fields/dp/B00DCRE6GM/ref=sr_1_2?ie=UTF8&qid=1541823591&sr=8-2&keywords=%22Rape+In+the+Fields%22+documentary

The poem at first was no more than a hodgepodge of notes, often my own handwriting indecipherable in its rushes, yet finally the poem took shape into its form. After finishing the piece, I dedicated it to Dolores Huerta (http://doloreshuerta.org/dolores-huerta/), cofounder (with Cesar Chavez) of United Farmworkers (https://ufw.org/), who after receiving the Presidential Medal of Freedom at the Obama White House, said not enough was done in the Civil Rights Movement for women, declaring herself in her 80’s a born-again-feminist. 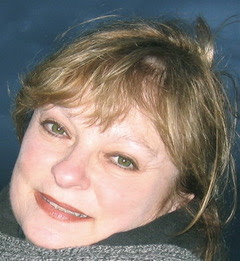 What month and year did you start writing this poem?  I started the poem sometime in the summer of 2014 and finished it a month or so later after many interruptions and drafts. An incessant revisionist, I never keep old drafts because they remind me of the mess writing can sometimes be in its false starts, throat clearing, its stumbling around before getting up on strong legs. (Right:  Andrena Zawinski in 2014.  Copyright permission grated by Andrena Zawinski for this CRC Blog Post Only) 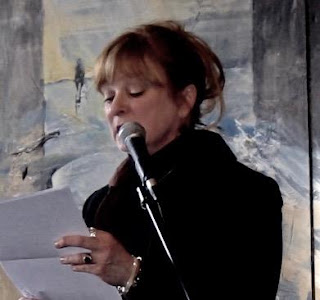 What do you want readers of this poem to take from this poem?  I hope readers will recognize women who are not part of the  Me Too movement, women who cannot risk raising their voices, women who all too often are taken for granted, the invisible women who do the work others will not. (Left:  Andrena Zawinski giving a poetry reading in January of 2018.  Copyright permission granted by Andrena Zawinski for this CRC Blog Post Only) 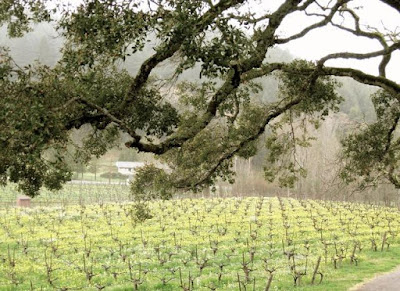 This is especially important to me as a granddaughter of immigrants who were relegated to the dirtiest work in steel mills and coal mines, as a woman whose own father in an inheritance of those dirty jobs (and more often laid off than not) got lost in pills and alcohol, as a woman whose own mother worked night shifts on assembly lines, cleaned houses, took care of other people’s children. These women of the fields voices are ones I wish to have heard just as I raise those from my own working poor roots. (Above Right:  California vineyard attributed to and copyright permission granted by Andrena Zawinski for this CRC Blog Post Only) 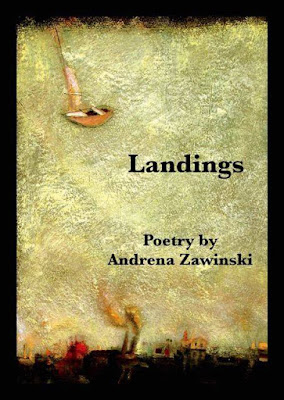 Has this poem been published before?  And if yes where?:
An earlier version of this poem appeared in Thomas Merton Center’s The New People: Pittsburgh’s Peace and Justice Newspaper (2014) and then in the San Francisco Revolutionary Poets Brigade anthology Overthrowing Capitalism: Beyond Endless War, Racist Police, and Sexist Elites (2015). It also appears in Borderlands and Crossroads:Writing the Motherland anthology (2016) and most recently in my book, LANDINGS from Kelsay Books (2017).

Women of the Fields

The women of the fields clip red bunches of grapes
in patches off neatly tilled farmland in the San Joaquin,
clip sweet globes they an no longer stand to taste.
Just twenty miles shy of Santa Cruz beach babies in thongs,
Pleasure Beach surfers on longboards, all the cool convertibles
speeding Cabrillo Highway, women line as pickers—
back bent over another summer’s harvest.

The campesinas labor without shade tents or water buffalos,
shrouded in oversized shirts and baggie work pants, disguised
as what they are not, faces masked in bandanas under cowboy hats
in fils de calzón:

The young one named Ester taken in the onion patch
with the field boss’ gardening shears at her throat.
The older one called Felicia isolated in the almond orchard
and pushed down into a doghouse. The pretty one, Linda,
without work papers, asked to bear a son in trade
for a room and job in the pumpkin patch, Isabel, ravaged
napping under a tree at the end of a dream after a long
day picking pomegranates, violación de un sueño
Salomé on the apple ranch forced up against the fence
as the boss bellowed ¡Dios mío! to her every no, no, no.

The promotoras flex muscle in words, steal off into night
face-to-face to talk health care, pesticides, heatstroke, rape,
meet tally accounts—forced to exchange panties for paychecks
in orchards, on ranches, in fields, in truck beds—to speak out
to risk joblessness or deportation to an old country, a foreign soil.

Women of the fields, like those before them, like those
who will trail after—las Chinas, Japonesas, Filipinas—
to slave for frozen food empires in pesticide drift,
residue crawling along skin, creeping into nostrils
and pregnancies it ends as they hide from La Migra
in vines soaked in toxins or crawl through sewer tunnels,
across railroad tracks, through fences to pick our sweet berries,
for this, this: la fruta del diablo. 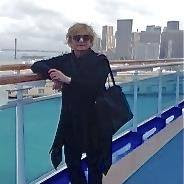 Her most recent poetry collection is Landings from Kelsay Books, and she has two previous books: Something About from Blue Light Press, a PEN Oakland Josephine Miles Award recipient and Traveling in Reflected Light from Pig Iron Press, a Kenneth Patchen Prize in Poetry. She also compiled and edited Turning a Train of Thought Upside Down: An Anthology of Women’s Poetry from Scarlet Tanager Books. Her poems have received accolades for free verse, form, lyricism, spirituality, and social concern. She is Features Editor at http://PoetryMagazine.com and founded and runs the San Francisco Bay Area Women’s Poetry Salon.