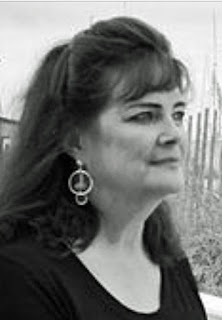 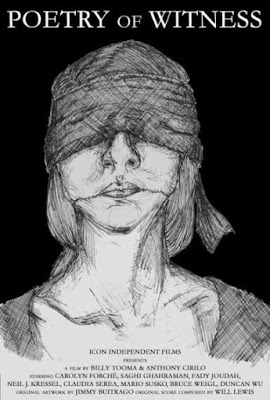 Can you go through the step-by-step process of writing this poem from the moment the idea was first conceived in your brain until final form?   I had not written a poem in a while and felt stopped. After reading the poems, I thought about all the people in the world who live under life-threatening (situations) and write poetry as food for the soul. There is an urgency to poetry that we can (not) forget. These Cuban poets from the revolution reminded me. My poem became my experience of this discovery. 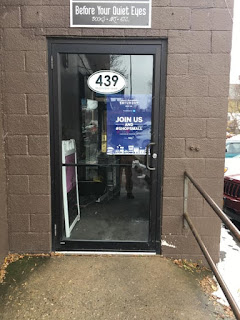 Where were you when you started to actually write the poem?  And please describe the place in great detail.   I was wandering around in an amazing bookstore called Before Your Quiet Eyes in Rochester.  (https://www.facebook.com
/Before-Your-Quiet-Eyes-117819551577246/) 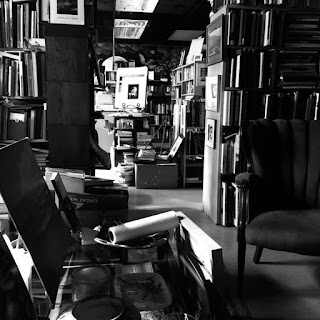 This little bookstore is a throwback to another era when bookstores were homes to writers and readers, the owner on hand, asking if anyone needed anything. 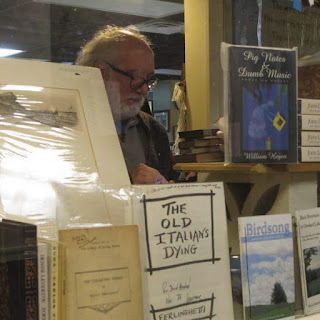 In the hallway, the owner had coffee and treats set out for those who were attending a reading by an author. The shelves are overflowing with an eclectic mix of books, artifacts, and artwork. A painting of a Greek God on canvas is rolled up, and I unroll it and ask about the artist. Of course, the bookstore owner Kenneth Kelbaugh (https://www.facebook.com/kenneth.kelbaugh.5lst=100029084873951%3A1314859461
%3A1544119399) knows the story.

I also find a signed little book of Ursula LeGuinn's (http://www.ursulakleguin.com/) stories that I buy for a dear friend. This is the kind of maze bookstore where you can get lost in dreams. Around a corner, I find a collection of Cuban poets that began the journey to my poem described here. 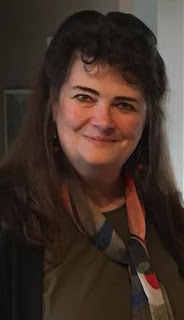 What month and year did you start writing this poem?   I wrote this poem in November 2017.

How many drafts of this poem did you write before going to the final? (And can you share a photograph of your rough drafts with pen markings on it?)
I probably created at least 5 or 6 drafts of this poem, if not more. I tend to delete early drafts, so I'm not exactly sure. 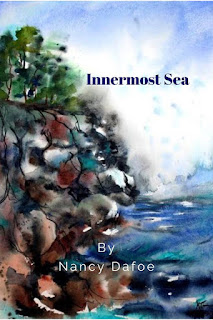 Were there any lines in any of your rough drafts of this poem that were not in the final version?  And can you share them with us?   There were definitely eliminated lines, particularly the ending and beginning. I wrote and reworked until they felt true to the experience of both discovery and the necessity of poetry 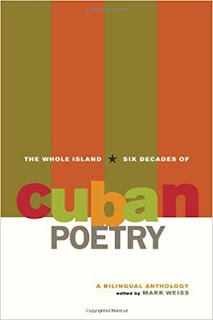 What do you want readers of this poem to take from this poem?   I would love readers to go explore poets they are unfamiliar with, particularly those from other countries and to remember the feeling of urgency in poetry, how our truest utterances are in poetic form. 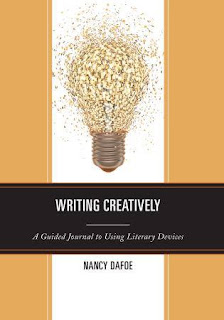 Which part of the poem was the most emotional of you to write and why?   The entire poem is emotional to me because it got me "unstuck" and brought me to other poets in a very immediate way.
Has this poem been published before?  And if so where?   This poem had not been published until it appears in my new collection. 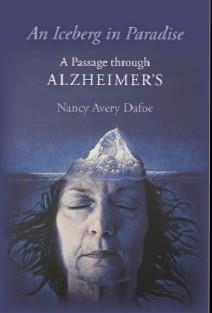 Anything you would like to add?   I write two blogs for writers on my websites, including reviews of other writers' books. Lastly, thank you for doing these interviews. Lovely.

Poem in the Throat

Utterances not yet given shape and sound
or expelled
in fury, perplexity.
Poet’s search from the concrete and abstract,
each trope
unreeling
alone and scarred
from a tangled knot of language,
parsed after landing on the page,
slowly, elongated like vowels swallowing sorrow.

One mute poet stumbles over others discovered
in a basement bookstore—
nothing shiny and new there:
rough gems ragged at edges,
worn covers showing signs of abuse
in any other arena except reading,
where rip and stain, those fingerprints,
smudges are writer’s lovers,
the reader knowing where to turn again,
one page earmarked.

How long this little Cuban book languished
on a bottom shelf, as if the verses inside
weren’t woven silk,
their poetry spouting revolution still new,
excited voices
heard again as the book is opened.

Seeping through fabric of Cuban Spanish,
with hints of Haitian Creole in the neighborhood,
translations follow across the spread; facing one another,
this English consonant, that Cuban sonant.

Another poet claiming America has no right to poetry
with her oppressor’s bloody teeth,
but this American oppressor oppresses her own,
and poets emerge
out from under the jackboot,
waking and calling out
from this amalgam of a nation.

Cuban poet writes, poetry of the many is poetry of one
and one
crude,
erudite,
political,
personal:
too many spondees, iambs,
this Cuban Spanish like American English
with its own character:
here shallow, over there,
pure depth
loud consonants, silent letters.

Leaving the bookstore, the mute poet finds
a blind man walks confidently down the street with a cane.
By a pillar, another poet leans with a poem
in her pocket.
Like the Cuban revolutionary,
she prefers to wear her poetry rather than assign it to shelves.

Poetry, she said, currency for the living 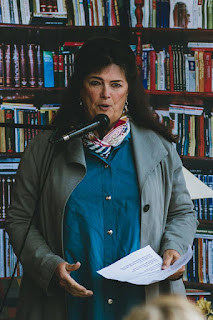 I am a poet, prose writer, and educator. I have eight, traditionally published books, including two novels, a memoir about going through Alzheimer's with my mother, three books on writing and education, and two books of poetry. I have an online editing/writing business to help other writers, dafoewritingandconsulting.com. I can be reached via emails through any of my three websites:
https://www.nancydafoebooks.com/
https://www.nancydafoefiction.com
https://www.facebook.com/nancy.dafoe.3