#41 Backstory of the Poem "Dog Sitting" by Jonathan Kevin Rice

*The images in this specific piece are granted copyright privilege by:  Public Domain, CCSAL, GNU Free Documentation Licenses, Fair Use Under The United States Copyright Law, or given copyright privilege by the copyright holder which is identified beneath the individual photo.
**Some of the links will have to be copied and then posted in your search engine in order to pull up properly
***This is the forty-first in a never-ending series called BACKSTORY OF THE POEM where the Chris Rice Cooper Blog (CRC) focuses on one specific poem and how the poet wrote that specific poem.  All BACKSTORY OF THE POEM links are at the end of this piece. 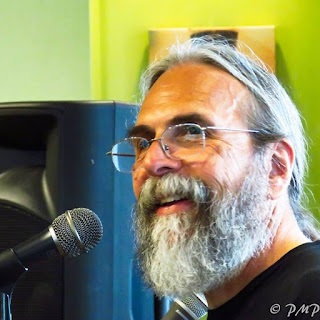 #41 Backstory of the Poem
Dog Sitting
by Jonathan Kevin Rice 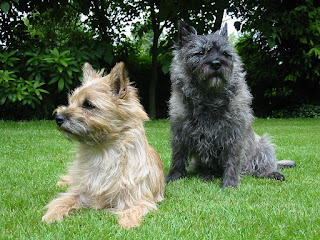 Can you go through the step-by-step process of writing this poem from the moment the idea was first conceived in your brain until final form?   A friend of mine asked me if I was able to watch her dogs for her over a three day weekend while she visited family in Oklahoma. It would be later in June. She knew I had watched dogs before for other friends. She has two terrier-mix dogs, who know me well and like me. They’re sweet dogs, so I knew I wouldn’t have a problem with them. I was free, so I agreed. After spending a lot of time with them and it was time for me to leave, I began to say my goodbyes to them, reassuring them that their mom would be home soon that night. (Right:  Two terrier-mix dogs from Wikipedia)

Where were you when you started to actually write the poem?  And please describe the place in great detail.   In my car I listened to a Santana cd on my way home, when the poem started to come to me as I drove. The first thing I did at home was rush to my computer and started typing. I spent a few hours writing, revising, and playing with form and line breaks until I felt like I at least had a rough draft. I saved it and thought I’d return to it the next day. Over the course of that week I revisited the poem several times with the intent of keeping it simple, while trying to capture and express something larger…relationship between dogs, their owners and other people. In this case, the relationship is like family. I don’t even like to use the word owner in this context. I’m the parent of a dog and a cat. They are my children and I treat them as such. That’s the way it should be. 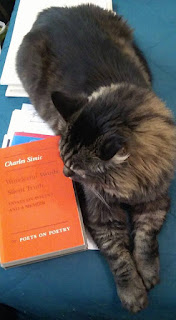 What month and year did you start writing this poem? June 2018
How many drafts of this poem did you write before going to the final? (And can you share a photograph of your rough drafts with pen markings on it?)   With this poem, I didn’t have to do that much revising. It came to me organically. It’s not like I had an idea and I made an effort to write it. It just started coming to me and I went with it. Of course, I needed to craft the poem and ran it by a few poet friends in the process, so a few weeks ensued before I became more comfortable with it. 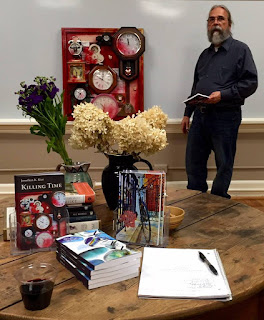 What do you want readers of this poem to take from this poem?   I think readers with animals in their families will connect with this poem right away, while other readers may understand it some or not at all. I think this is basically a love poem though, and love is universal. There is always the danger of sentimentalism in a poem that can ruin it for the critical reader. I hope this poem doesn’t cross that line.
Has this poem been published before?  And if so where?   Since it is a new poem, it hasn’t been published and I haven’t submitted it anywhere. I do intend on including it in my next collection though.

I listen to a badly produced
Santana bootleg
while you hike a trail
somewhere in Oklahoma.

Your dogs climb on me
like I’m a piece of furniture,
but they lick my face and hands.
They love me, or at least know,

for now, I’m the one feeding them,
walking them, picking up their crap,
playing with them, giving them treats,
talking to them like they understand me,

telling them my problems, what I should
be doing somewhere else, drinking your wine.
They bark at the sounds of footsteps and
chatter of neighbors as they pass your front door

or open the gate out back where your tomatoes
and cucumbers grow. I can tell they wonder where
you are. They wonder with sad eyes as they stare
at the front door sometimes. They know I come in

the back door, but I don’t envision them
longing for me as they long for you.
You are their mom. I am a friend, an uncle.
We can’t wait for your return. 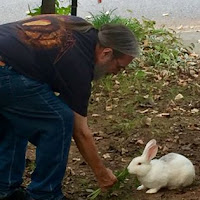 Jonathan K. Rice edited and published Iodine Poetry Journal for seventeen years and served as a co-editor for Kakalak in 2016. He most recently co-edited Of Burgers & Barrooms, an anthology published by Main Street Rag Publishing in 2017.

He is the author of two full-length poetry collections, Killing Time (2015) and Ukulele and Other Poems (2006), as well as the chapbook, Shooting Pool with a Cellist (2003), all published by Main Street Rag Publishing. He is the recipient of the 2012 Irene Blair Honeycutt Legacy Award for outstanding service in support of local and regional writers, awarded by Central Piedmont Community College. His art and poetry have appeared in numerous publications. Jonathan lives in Charlotte, North Carolina. 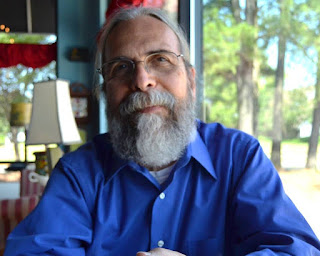