#43 Backstory of the Poem "Grief Flowers" by Megan Merchant 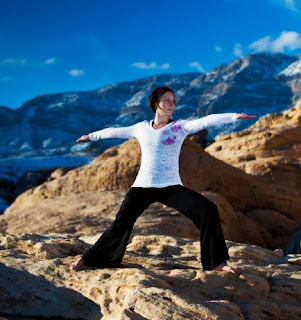 #43 Backstory of the Poem
“Grief Flowers”
by Megan Merchant

Can you go through the step-by-step process of writing this poem from the moment the idea was first conceived in your brain until final form?   I love the Buddhist concept of a “Storehouse of Consciousness” and think of it like a basement where, as I’m going thought the daily business of living, lines, images, and sounds take residence. I’m not wholly aware of this process happening as it’s unfolding, but somehow, once I am able to sit down and tend to the business of getting the poem onto the page, those bits rise up and thread into the fabric of language and form. I’ve been told by those I am trying to be present with that I’m always working on a poem, consciously or not. 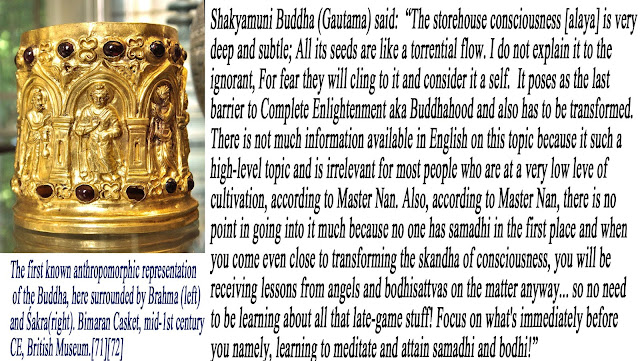 This means that, in most cases, I cannot track the moment a poem enters into my brain. But one of the poems in this collection that kept speaking to me, loudly, over and again, is the title poem. The finished version came out of a Poetry Barn workshop (https://www.poetrybarn.co/) that I was taking about how to avoid sentimentality when writing about motherhood. (Below Left: Poetry Barn Web Logo Photo) 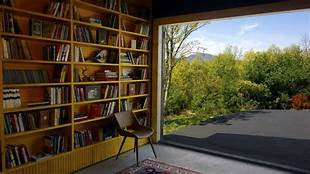 It’s possible that I had enrolled in that workshop just to find a way to bring this poem onto the page. In looking back, I had been writing versions of it for months, in different forms and ways, in blips and stanzas and lines that never threaded into a finished piece, until I allowed myself to sit down and write "Grief Flowers". I think that I needed someone to give me permission before letting it rise up and find a form.  https://glass-lyre-press.myshopify.com/collections/full-length-collections-1/products/grief-flowers 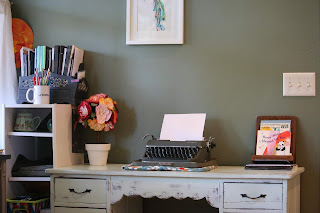 Where were you when you started to actually write the poem? And please describe the place in great detail.   I was sitting at my tiny desk, in the corner of our kitchen, next to the windows that open to tall pines. Most likely my littlest was playing nearby, with magnets or some other bright sensory toy. Once I finally gave myself permission to write it, the poem came out whole in less than ten min. (Right:  Attribution and copyright permission granted by Megan Merchant for this CRC Blog Post Only) 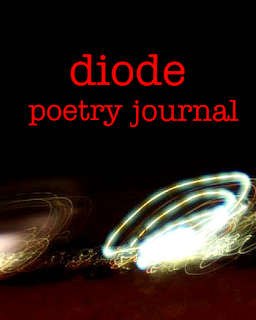 What month and year did you start writing this poem?  I am sorry, I don’t recall exactly and I am terrible at keeping track. How many drafts of this poem did you write before going to the final? (And can you share a photograph of your rough drafts with pen markings on it?)   When I submitted the poem for the workshop, there were a few comments suggesting revisions. I ended up making a few changes and the second draft was published in Diode Poetry Journal. The third version is the one in the book.  (http://diodepoetry.com/) 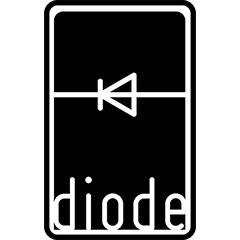 Were there any lines in any of your rough drafts of this poem that were not in the final version? And can you share them with us?   The second version was published by Diode Poetry Journal and can be viewed here : http://diodepoetry.com/merchant_megan/

That version isn’t broken into stanzas, and includes:

"like a yellowed leaf dripping
from its branch
once the frost lifts?" 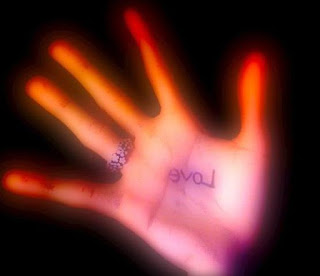 What do you want readers of this poem to take from this poem?   When I began writing the poems in this collection, the title poem included, there was a mantra streaming through my head each time that I sat down. “Make it beautiful”. I’m not sure exactly where that originated, but it was present with me throughout. It gave me the courage to write about loss and grief in a way that wasn’t shutting down the conversation, but in an attempt to open it wide. That mantra also gave me the courage to put this part of my life and experience into art, knowing that I wasn’t alone. I was hopeful that the reader might feel seen, or understood. (Left:  attributed to and copyright permission granted by Megan Merchant for this CRC Blog Post Only) 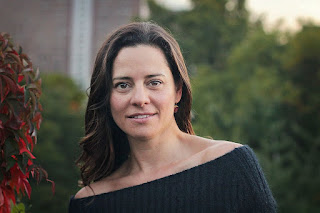 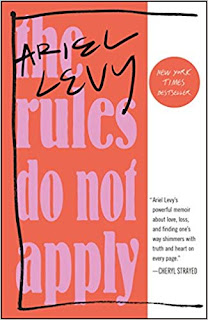 When I had no idea that all of the city, all over the world, there were people walking around sealed in their own universe of loss, independent solar systems of suffering closed off from the regular world …

Miscarriage is terribly isolating, and people don’t really know what to say about that kind of loss. I wanted the reader to know that there was someone out there trying to deconstruct the silence, imposed guilt, and triteness, that often closes around women when it comes to any mention of reproductive health or issues. 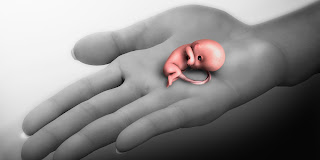 Which part of the poem was the most emotional of you to write and why?   When I read this poem out loud, I always choke up at the lines “Can our bodies / whisper her back into being?”  It follows the mention of the fetus in a very sterile way: “will it thrum electric to the tangle of tissue / that wadded into a clot.” But, by then immediately assigning a pronoun to that tissue, it counters with emotion and the kind of bargaining that phases into grief. 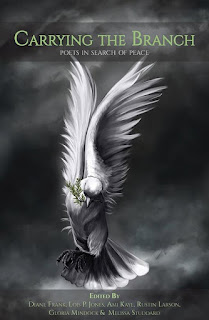 Anything you would like to add?   Thank you for the opportunity to share this. I am very grateful to my publisher and all of the editors at Glass Lyre Press. They are doing meaningful work, not only in bringing new and brave voices into print, but also in the form of benefit anthologies, including “Carrying the Branch: Poets in Search of Peace” and “Collateral Damage”  (https://glass-lyre-press.myshopify.com/collections/anthologies/products/carrying-the-branch-poets-in-search-of-peace) that raise money for people affected by terror attacks, political strife, oppression, children with basic survival needs, for programs that protect and educate children, and foster child advocacy.  You can find those in their online bookstores here:  https://glass-lyre-press.myshopify.com

I lay my ring in the glass dish
each night to scrub my hands clean.

The band, silver, was picked knowing
it would grow soft with scratches.

My husband sets his by the bed,
brink-gray, titanium,
before reaching for my body—

a vase overfilled with grief flowers,
popping blood-red from their thin stems.

I think, if I let him
stroke me close to the catch
in my breath,

will it thrum electric to the tangle of tissue
that wadded into a clot.

Can our bodies
whisper her back into being?

I know already, if it does not pass-
slip into the toilet to be flushed,
they will lace my veins with a syringe
of dreams and clean house.

Suck the wishbone
and eyelash flutters of growth

from their nest—where she’d rather
stay, daughter of mine, marrowed
in my blood,

collapsed underneath the weight
of a name we never let fully
leave our mouths. 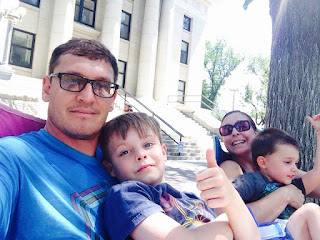 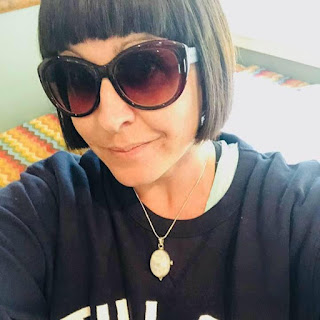 She is the author of three full-length poetry collections with Glass Lyre Press: Gravel Ghosts (2016), The Dark’s Humming (2015 Lyrebird Award Winner, 2017), Grief Flowers (2018), four chapbooks, and a children’s book, These Words I Shaped for You (Philomel Books). She was awarded the 2016-2017 COG Literary Award, judged by Juan Felipe Herrera, the 2018 Beullah Rose Poetry Prize, and most recently, second place in the Pablo Neruda Prize for Poetry. She is an Editor at The Comstock Review and you can find her work at  meganmerchant.wix.com/poet
meganmerchant@gmail.com 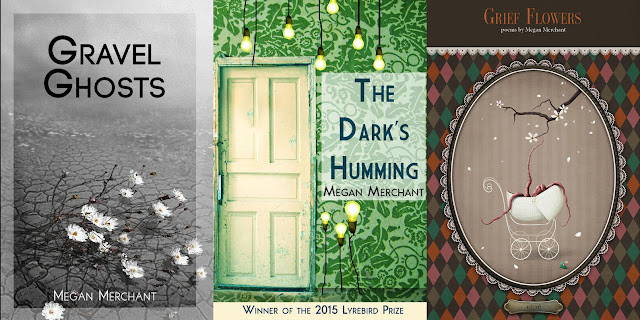 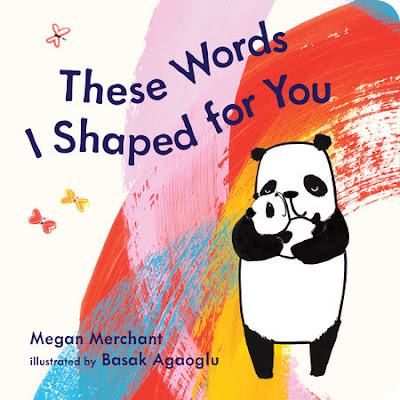