#49 Backstory of the Poem "Anniversary" by Jennifer Martelli 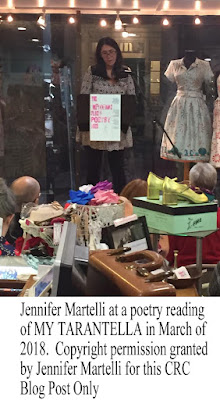 #49 Backstory of the Poem
“Anniversary”
by Jennifer Martelli

Can you go through the step-by-step process of writing this poem from the moment the idea was first conceived in your brain until final form?   This poem probably pulls together most of the major themes of My Tarantella (http://www.jennmartelli.com/publications.html).

I’d been writing the book for about a year and a half; in July of 2017, I was taking part in the Plath Poetry Project (https://allpoetry.com/Poppies-In-July )where we were prompted to write a poem in response to a Plath poem from Ariel (https://www.
amazon.com/Ariel-Poems-Sylvia-Plath/dp/0060931728
/ref=tmm_pap_swatch_0?_encoding=UTF8&qid
=1544830542&sr=1-1) written on that day, so “Poppies in July” (https://www.poem
hunter.com/poem
/poppies-in-july/) was the prompt. 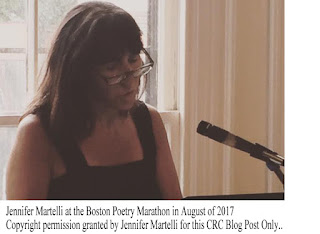 Also, I had just been reading about Plath’s relationship with Ted Hughes, (Below Right) and learned that he probably was physically abusive.
The country was about six 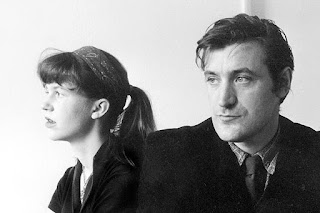 months into the Trump administration, which felt (to me) like an abusive relationship. I felt as though I was coming to the end of writing the book, and that these themes were strands I was trying to tie together. 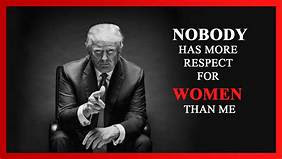 So “Anniversary” was, in a way, a meta-poem, tracking my thought process. I needed to write this in sections—paragraphs—to separate each subject, each object. Originally, I was going to remove the sections as structural markers, but I decided to keep them. I wanted each one to be a little room adding to the narrative
Where were you when you started to actually write the poem? And please describe the place in great detail.   Like almost all of the poems in My Tarantella, “Anniversary” was written at my home. So, there were pots of basil I moved around my tiny yard; I do have a patio in my backyard (the flagstones, though, are from my childhood home); I do have a closet with belt hooks, a laundry room. 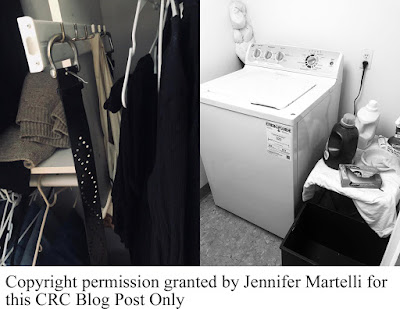 Oh, and I had just discovered Queen of Night tulips that spring. I was walking down my street and noticed about 15 or 20 growing from this small patch in my neighbor’s front yard. I had never seen black tulips before!!! Suddenly, Queen of Night tulips were all over my book. They have a very short life-span. It seemed that suddenly, they were gone. I live on the ocean, so there are beach stones all over the place and people like to stack them, which is a spooky thing to me! “Anniversary” is truly a home-grown poem. 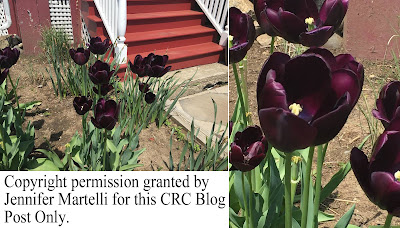 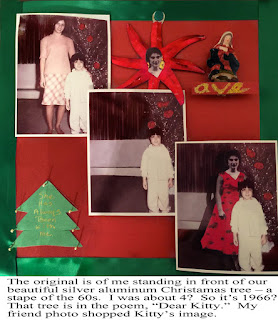 How many drafts of this poem did you write before going to the final? (And can you share a photograph of your rough drafts with pen markings on it?)   I probably went through four drafts prior to the book, and then two more during copy-editing. I don’t have my hand-written copies!!!

Were there any lines in any of your rough drafts of this poem that were not in the final version? And can you share them with us?   Yes, the original “campaign” t-shirt that I used in the poem was “I wish Hillary had married O.J.” I chose to take that out because I didn’t want to insert a racial overtone or tone-deafness. The book, and the intent of the poem, focuses on violence toward women.
I ordered the poem differently: it began with the Queen of Night tulips (section 5) and it never mentioned Hillary Clinton by name. When I changed the campaign slogan to “Trump that Bitch,” I put in Hillary. Prior to that, it was unclear if I meant Hillary (below: Far right), Plath (below: Far Left), or Kitty Genovese (below: Middle). 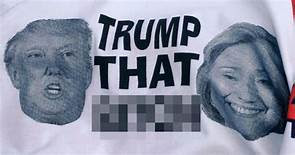 Which part of the poem was the most emotional of you to write and why?   I think that section 3 was the hardest. This section addresses female misogyny. “I saw a woman wearing a silk-screen t-shirt: Trump that bitch. So I knew it was over.” This was—and still is—the most painful part of what happened in 2016, that more white women voted for Trump. I think there was a part of me that knew what was in store for us come November.

Has this poem been published before? And if so where?   Yes, “Anniversary” was published in Carve magazine, winter, 2018.  https://www.carvezine.com/ 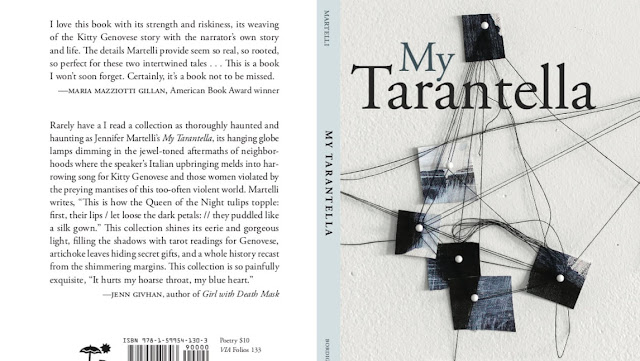 A year ago this summer, I grew
Genovese basil in a fake clay pot I’d move around my home to follow

the arc of direct sunlight. I’ve thought of Kitty Genovese for a long time: her mouth.
How easy it is to open a mouth

anywhere, to split it & split it. I can’t love what I don’t fear.

For my “Plath’s ‘Poppies in July’ Party,” I bought fake rubies shaped like pears,
wore a red skirt, hung lanterns

from the maples in my backyard. The skirt=a poppy,
the lanterns=love, the pear-shape=eyes or a womb. The rubies?

The first time I was slapped in the mouth.

A year ago this summer, I saw
a man wearing a silk-screen t-shirt: Trump that bitch.

Hillary’s mouth was a red slash.
I saw a woman wearing a silk-screen t-shirt: Trump that bitch. So I knew it was over.

After the solstice or before the equinox.

I thought of Kitty so hard, I was afraid she would manifest, smiling—
in the dark corner of my laundry room, from my closet hook where belts hang—

I thought of her so deeply, it was like sex, far up & slow &
violent. And then I became unafraid.

I knew she was gone.

This is how the Queen of Night tulips topple: first, their lips
let loose the dark petals:

they puddled like a silk gown. Then from the dug-up dirt,
four rock cairns, high as my knee: beach stones gray

I still can’t love what I don’t fear.
Even though I’m throwing a party, we all know

In the future, someone might know what we meant. 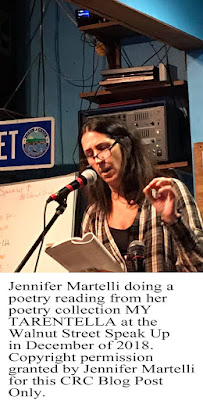 Jennifer Martelli is the author of The Uncanny Valley (Big Table Publishing), My Tarantella (Bordighera Press), as well as the chapbook, After Bird (Grey Book Press, winner of the open reading, 2017). She is the winner of the Iron Horse Literary Review Photo Finish Poetry Award and The Lindenwood Review Prose Poetry Contest. 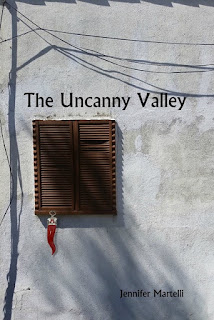 Her work has appeared or will appear in The Sycamore Review, Sugar House, Superstition Review, Thrush, and Tinderbox Poetry Journal. Her prose and artwork have been published in Five-2-One, The Baltimore Review, and Green Mountains Review. Jennifer Martelli has been nominated for Pushcart and Best of 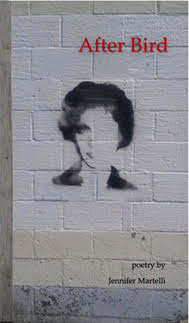 the Net Prizes and is the recipient of the Massachusetts Cultural Council Grant in Poetry. She is poetry editor for The Mom Egg Review